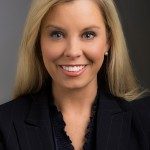 Reno Mayor Hillary Schieve has been invited by San Francisco Mayor Ed Lee to march with him in the 2015 SF Pride Parade on Sunday, June 28, 2015.

Schieve’s participation in the parade is in support of today’s landmark U.S. Supreme Court ruling, which declares that states cannot ban same-sex marriage.

Schieve is among more than 200 mayors who signed onto a brief in support of same-sex marriage filed with the Supreme Court in March.

The SF Pride Parade kicks off at 10:30 a.m. on Sunday at Market & Beale and ends at Market & 8th Street in downtown San Francisco.

“This is a great opportunity to cross-collaborate with Mayor Lee on a cause that I strongly believe in: equality,” Reno Mayor Hillary Schieve said. “I’m excited to say that it won’t just be me representing The Biggest Little City.”

In light of the Supreme Court decision, a local march has been organized to take place this evening at 7 p.m. at the Washoe County Courthouse, followed by a rally in Wingfield Park during which Mayor Schieve will deliver remarks.