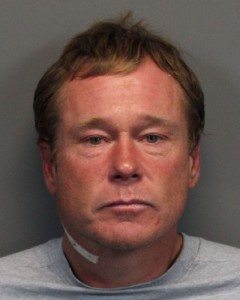 On September 3, 2014 at approximately 1637 Officers responded to a Reno Motel located at 1435 E 4th street on the report of a disturbance.

Upon the arrival of officer they found a male and a female subject who had both sustained stab wounds. The subjects were transported to Renown where they underwent treatment for non-life threatening injuries.

As the investigation continued it was determined that the male had sexually assaulted the female victim at knifepoint and prevented her from leaving the room. A struggle ensued resulting in both subjects being injured by the knife and the police being called by neighbors.