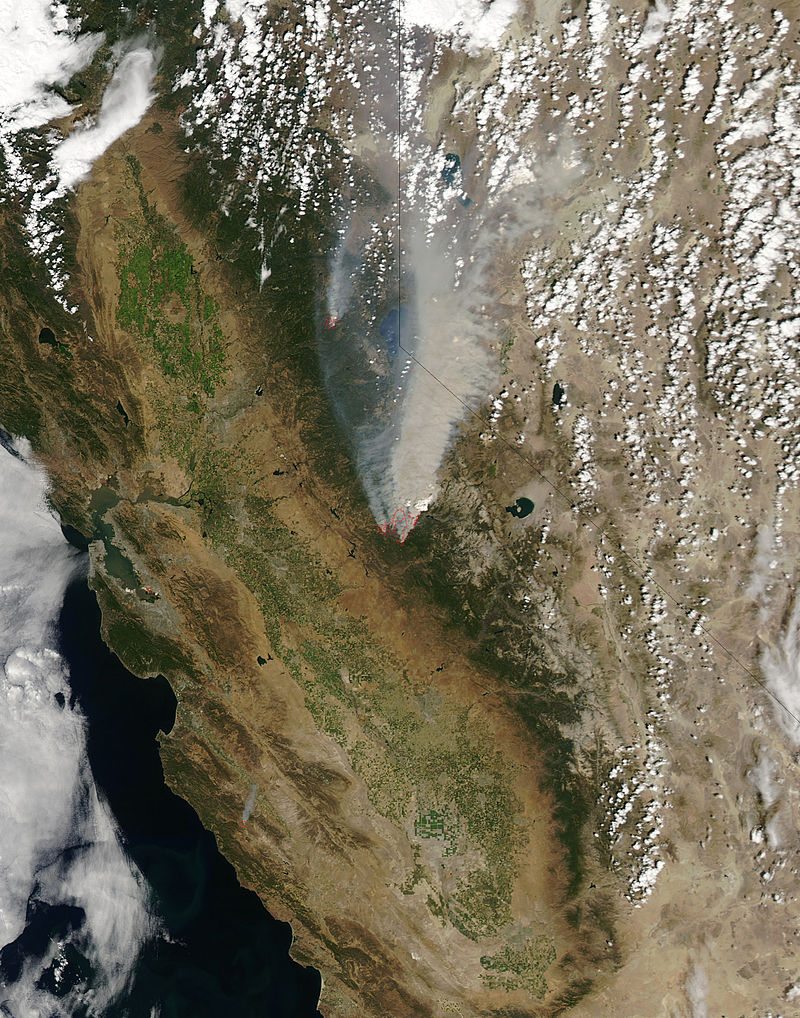 The indictment charges that on August 17, 2013, Emerald kindled a fire in the Stanislaus National Forest and allowed the fire to spread beyond his control. At the time of the fire, temporary fire restrictions were in place that prohibited fires. In addition, Emerald is charged with lying to a federal agent when he told them that he did not set the fire.

According to court documents, Emerald was rescued by helicopter from the extremely remote Clavey River Canyon area of the Stanislaus National Forest near the origin of the Rim Fire about an hour after the fire was reported. Emerald was carrying bow hunting equipment with him and advised authorities that he had been on a solo hunting trip.

U.S. Attorney Wagner stated: “The Rim Fire was one of the largest in California history and caused tremendous economic and environmental harm. While those harms cannot be undone, today we have brought criminal charges relating to the cause of that fire. I want to commend the Forest Service agents for their diligent and extensive investigation.”

“The impacts of the Rim Fire on our public lands will continue for years to come,” said U.S. Forest Service Pacific Southwest Regional Forester Randy Moore. “This devastating fire caused risk to firefighters, citizens and private property, and over 125 million dollars were spent in fire suppression costs on this beautiful and popular landscape. We’re still dealing with hazardous trees and erosion.”

“The cooperative work of the criminal investigators from the U.S. Forest Service, Tuolumne County District Attorney’s Office, and prosecutors from the U.S. Attorney’s Office that lead to the indictment is commendable,” said Scott Harris, U.S. Forest Service special agent in charge of the Pacific Southwest Region. “Through this investigative partnership and support from the community, we have discovered the origin, cause and identified a suspect for the massive Rim Fire.”

This case is the product of an investigation by the U.S. Forest Service with assistance from the Tuolumne County District Attorney’s Office. Assistant United States Attorneys Kevin P. Rooney and Melanie L. Alsworth are prosecuting the case.

Emerald is expected to appear soon federal court in Fresno. If convicted of setting timber afire or false statements to a government agency, Emerald faces a maximum statutory penalty of five years in prison and a $250,000 fine for each count. Leaving a fire unattended and violating a fire restriction order each carry a maximum penalty of six months in prison and a $5,000 fine. Any sentence, however, would be determined at the discretion of the court after consideration of any applicable statutory factors and the Federal Sentencing Guidelines, which take into account a number of variables. The charges are only allegations; the defendant is presumed innocent until and unless proven guilty beyond a reasonable doubt.