Coalition forms to change law to allow wineries across Nevada 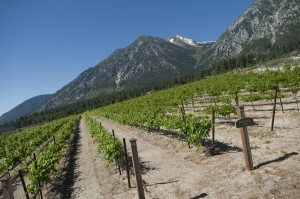 SUBMITTED — With the craze about “buying local,” continuing to grow, there is one thing you can’t buy locally: wine made in Washoe County.

It is currently against state law to make and sell wine in Washoe or Clark County. So a group of people who have been growing grapes and making wine in Washoe County for years think it’s time to change the law and allow for wineries all across the state.

Current Nevada law bans the selling of wine that is made “on premise” in counties with more than 100,000 residents, which is Washoe and Clark County. That is why only smaller counties like Nye, Douglas and Churchill are homes to wineries now.

“Wine is a $36 billon industry in the US, and it has grown every year for the last 21 years,” said Dennis Eckmeyer, president of the Nevada Wine Coalition who has been growing grapes and making wine for 6 years. “We have the climate to grow grapes and produce a variety of fine wines. It just makes sense to eliminate this barrier to a new industry that will diversity our economy, create jobs, and bring in tax revenue.”

Daniel Hopper, another member of the Coalition, is a graduate student at UNR and has been researching wine grape growing in Northern Nevada for 6 years.

“Northern Nevada’s climate is similar to eastern Washington State, which has over 350 grape growers and 800 wineries,” said Hopper. “They have an $8.6 billion wine industry there, and I think Northern Nevada can produce wines that can compete with that region.”

The Nevada Wine Coalition is a Nevada Political Action Committee that will lobby the legislature to remove the population limitation that restricts wine production in counties with more than 100,000 people. Assemblyman Pat Hickey has agreed to sponsor a bill at the 2015 session. 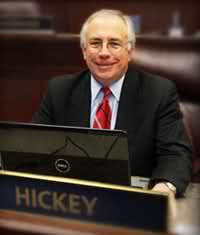 “Many western states have had tremendous economic success growing grapes and making wine, and I think it’s time Nevada joined this growing industry to help diversify our economy in Washoe and throughout the state,” said Hickey.

Idaho has 47 wineries and an economic impact of $73 million annually. Oregon is the third largest wine grape-growing region in the U.S. with 463 wineries, 13,500 jobs and an economic value of $2.7 billion. Utah, Arizona and New Mexico all have a wine industry.

“Grapes are good for Nevada’s economy, as well as its water supply, said Hopper. “Wine Grapes use much less water than Alfalfa hay, Nevada’s top agriculture product. Grapes also have a higher financial yield per acre. A study performed at UNR comparing both alfalfa and grapes estimated an acre of alfalfa at a market value of $1,441, while that same acre of chardonnay grapes would have a market value of $7,709.”

The group will hold its first fundraiser on Sunday July 27 to begin raising money for their effort. The event will feature a wine tasting of local and boutique wines. Tickets are $25 and available on line at www.NevadaWine Coalition.com.

When asked if he is concerned about opposition to the bill, Eckmeyer says no.

“Wine is nonpartisan. It’s served at every Republican, Democratic, Libertarian and Green Party event! I can’t believe any legislator could be against diversifying our economy, creating jobs and generating tax revenue,” said Eckmeyer.