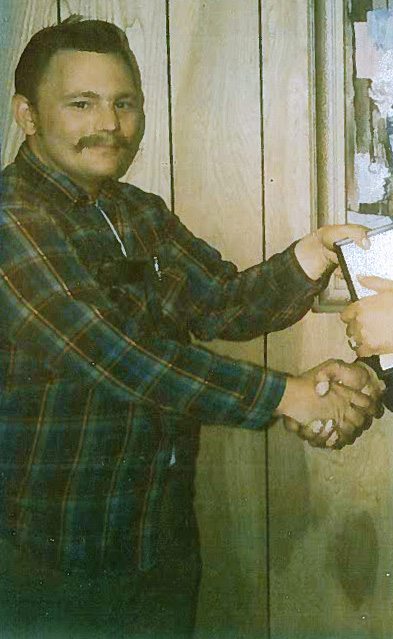 In August 2013, detectives with the Storey County Sheriff’s Office were called to a residence to investigate what appeared to be human remains found in a residential septic tank. The tank had been pumped by the homeowners as part of routine maintenance when the remains were found.

Within the tank, a medallion was discovered that was sent to the Washoe County Forensic Science Division for examination. The forensics lab was able to clean the medallion to the point a serial number could be seen. The medallion referenced a fraternal organization.

Storey County Detectives made contact with the organization and discovered the medallion was registered to a George Webster.

Due to the condition of the remains, samples were sent to the University of North Texas Health Science Center lab that specializes in Mitochondrial DNA. Based on the DNA examination, the identity of the deceased man in the septic tank was confirmed to be  Webster.

As detectives reviewed the case, they found that  efforts to locate Webster during the 1980s were unsuccessful. These efforts included pumping a septic tank in south Reno in 1986, based on a tip that Mr. Webster had been killed and dumped there. No evidence was found then.

The investigation continues as a homicide, and detectives are now seeking the public’s assistance in locating witnesses and associates of Webster.

At the time of his disappearance, Webster was 32 years of age and living in Sun Valley. He was an avid outdoorsman, gunsmith, knife maker and auto mechanic. He worked for a local business named “McBride’s” as a mechanic and was also involved in the Mountain Man Society.

Webster was a decorated Vietnam Veteran who received the National Defense Service medal, Vietnam Service metal, twice received the Bronze Star and a Navy Unit Commendation for his military service.

At the time of his disappearance, Webster owned a 1972 Dodge four-door station wagon that was beige in color. That vehicle has not been found and could be pertinent to the investigation.

Detectives identified Calvin “Cowboy” Green as a local man who had ties to Sun Valley and who knew Webster. Calvin Green is since deceased; however anyone with information about Calvin Green, his associates or any involvement in Webster’s disappearance and murder is asked to contact Washoe County Detectives.

The Washoe County Sheriff’s Office is asking that anyone with information about George Webster to contact Detective Joshua Palmer at 775-328-3320.

Reno man sentenced to life without parole for 2020 murder