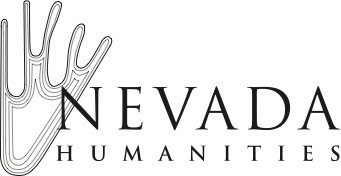 “We’re excited to begin the programs a little earlier than we have in the past – in November rather than January. This will mean the same time commitment for parents and students this year, but starting earlier will align the program better with the school year and give the children more time for community performances in the spring,” said Christina Barr, executive director of Nevada Humanities.

Anita Watson, Ph.D., is returning for her third year as coordinator of the Young Chautauqua program. Watson is a seasoned scholar and Chautauquan, having performed at the Nevada Humanities Chautauqua festival and for the Humanities on the Road program, adopting the characters of Emma Nevada, Mary McNair Mathews and Mary Oxborrow. Watson earned her doctorate in history at the University of Nevada, Reno, where she teaches and coordinates the University’s Shared History Initiative. She has worked in the museum education field in Nevada and Minnesota, and has published on the topics of Nevada women, Nevada medicine, and Nevada history for middle school students.

“The Young Chautauqua program is a special opportunity for young people,” Watson says. “Chautauqua is learning history with research and writing, but it’s also history to share, to bring alive – to see the past through the eyes of someone who lived in the past. Young Chautauquans are enthusiastic about learning and sharing in a special, unique way. We are all fortunate to work with such top-notch young people. Nevada will be celebrating 150 years of statehood in 2014 and the state’s grand birthday party offers a special opportunity for Young Chautauquans, who will be focusing on characters connected to Nevada, either locals or people whose lives have intersected with the state. This topic will present exciting research and performance prospects for Young Chautauquans.”

“Nevada Humanities has provided quality Young Chautauqua educational opportunities statewide,” Barr says. “Young people who have graduated from the program have become engaged in a variety of meaningful and creative pursuits, including becoming attorneys, journalists and teachers. Many former Young Chautauquans credit Great Basin Young Chautauqua with helping them gain self-confidence, courage, research and speaking skills, and a deep appreciation for history and scholarship that has stuck with them through all of their interests and adventures. We are proud to be part of these young peoples’ lives.”

Nevada Humanities is Nevada’s independent, nonprofit affiliate of the National Endowment for the Humanities. With offices in Reno and Las Vegas, Nevada Humanities creates public programs and supports public projects statewide that define the Nevada experience, feature local culture and heritage, and facilitate the exploration of issues that matter to Nevadans and their communities. For more information visit http://nevadahumanities.org and http://onlinenevada.org .