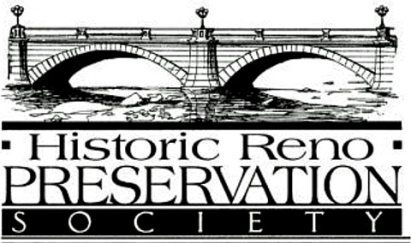 • 6 p.m. Dedication of the Powning’s Addition monument and plaque. It is located on Riverside Drive at Washington Street in Lunsford Park. The ceremony will include a ribbon cutting and reading of a Reno City proclamation recognizing the conservation district. The monument was erected in late 2012. This event is free and open to the public. Former Reno Councilman Dan Gustin will host the festivities.

• 6:30 p.m. Celebration dinner at Daughters Café. Seating is limited for this dinner. This is a family-owned business in a historic house at 97 Bell Street at West 1st Street. There will be general frivolity, mixed in with some history and a meal that hails from an authentic menu of a June 1902 voyage from Liverpool to New York. “Period” costumes are encouraged, with a prize for the best.

Dinner will begin with a barley broth, and the main course will include roast pork with apple and cabbage and roasted potatoes. An apple tart and a glass of claret will top off the meal.

The Powning’s Addition boasted fire safety, sewerage, good soil for home gardens, and a prime location along the beautiful Truckee River. As the lots filled, churches, a school and commercial buildings were built to serve the populace. Because of its large Italian population, the Powning’s Addition was later known as “Little Italy.”