State board settles tax dispute with Washoe County for $7.25 million 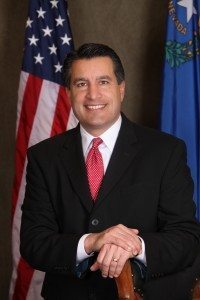 CARSON CITY– The state Board of Examiners today voted to settle a legal dispute with Washoe County over local tax revenue taken by the 2009 Legislature to balance the state budget.

The settlement provides an immediate payment of $1.25 million to the county, with another $6 million being allocated later for major road maintenance projects. As part of the agreement, the road projects will be moved up in the state’s funding priorities.

The original legal claim submitted in 2011 was for $21.4 million, but the county later revised its demand downward to about $17.9 million.

Gov. Brian Sandoval, a member of the board, called it a good deal for the state since the projects to be paid for with state highway funds have already been approved for funding by the state Transportation Department. The agreement also makes it clear there is no admission by either side that there is fault or a legal liability for the settlement, he said.

The cash portion of the settlement equates to about seven cents on the dollar, Sandoval noted.

If the highway piece of the settlement is included, the deal provides about 40 percent of what the county had sought in its revised request, said state Budget Director Jeff Mohlenkamp.

“It’s a good settlement and I think it’s important to recognize, as I said, that there was no admission of liability by either party,” Sandoval said after the meeting. “I don’t think it’s ever a good idea to be having litigation or disputes between governmental entities.”

Washoe County submitted the claim last year, citing a Nevada Supreme Court ruling in May 2011 that said the Nevada Legislature improperly took $62 million in 2010 from the Clark County Clean Water Coalition fund to balance the state budget. The county said the ruling applied to actions taken by lawmakers in 2009 as well.

Clark County has also submitted a claim based on the same legal decision and is seeking $102.5 million in local taxes also taken by the 2009 Legislature. But the county in June opted to sue rather than continue with negotiations.

Even so, Sandoval said today that negotiations continue with the county to resolve the dispute, which occurred prior to his term as governor.

But the state has just recently received a new claim, from the city of Reno, based on the same Supreme Court ruling.

Reno City Manager Andrew Clinger appeared before the board to briefly discuss the claim filed for $2 million. The settlement with Washoe County approved today did not provide any direct benefit to the city, he said.

Sandoval said the claim will be reviewed by the attorney general’s office as has been done with the other requests.