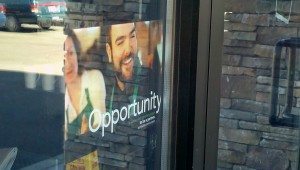 For years Nevada conservatives have waved the banner of the “business friendly” myth that low taxes and minimal regulation will attract new business to Nevada. The truth is that “business friendly” does little, if anything, to attract quality jobs and makes this former Mexican province one of the worst in the nation in societal quality-of-life factors.

In May of this year a master’s degree engineering graduate from the University of Nevada wanted to keep his family in the state but had to move his family to San Jose to find employment. Another unemployed resident couldn’t find a job because she was “overqualified.” Her skills consisted primarily of a stable work history managing a telephone answering service. In Nevada there are no jobs now nor in the near future that will be available for anything but the lowest qualified worker.

While most of the country has experienced some recovery from the massive job losses between 2008 and the first quarter of 2010, Nevada has not, despite the assurances of Governor Brian Sandoval. Conservatives point to wealthy Nevadans as the “job creators” who will be the source of new jobs. Instead wealthy people like casino mogul Sheldon Adelson have poured millions of dollars into campaigns for conservative politicians ( $70 million so far,) while the citizens of the state have borne the impact of the unemployment crisis.

The Las Vegas Review-Journal article by Ed Vogel stated that of the few new Nevada jobs available in the future, most will be low-paying, low-skill, non-career jobs. The top four fastest growing jobs in Nevada are 1) retail salespeople, 2) waiters/waitresses, 3) cashiers, 4) gaming dealers.

These types of jobs do not provide for a career with a progressive future and leave the worker with little spendable income after basic living costs. The highly qualified worker has little hope of finding a job that matches his/her abilities. This creates a “Catch-22″ scenario. Educated, skilled workers can’t find work in Nevada so they go elsewhere and businesses with high quality jobs want quality workers, which Nevada can’t retain for a lack of quality jobs.

Nevada is a perfect storm of failure under conservative ‘”business friendly” policies which financially benefit those who allegedly are the “job creators” but leave the citizens in an “unfriendly job environment.

Temp agencies clash with with skilled trades over construction workforce...