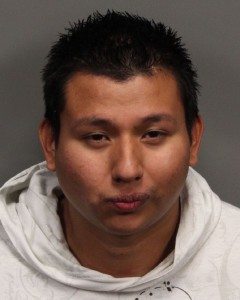 The Washoe County Sheriff’s Office Patrol Division completed an investigation of a reported sexual relationship between an adult man and a female under the age of 16.

The victim’s father reported that he recently discovered his 15 year old daughter was pregnant and that her boyfriend Jose Juarez, 24, was responsible. Juarez was later located and interviewed by Deputies.

The Deputies concluded their investigation and placed Juarez under arrest for Statutory Sexual Seduction, which is a felony. Juarez was booked into the Washoe County Sheriff’s Office Detention Facility, where he is being held on $5,000 bail.