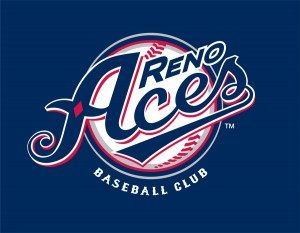 Yunesky Sanchez’s walk-off single in the bottom of the 12th inning gave the Reno Aces a 5-4 victory on Opening Day, in front of a sellout crowd of 9,143 fans Thursday night at Aces Ballpark.

Reno jumped ahead 4-0 after two innings, but the offense was held in check until Sanchez’s heroics. Jeff Bailey opened the scoring with a solo home run in the bottom of the first, and the Aces tacked on three more runs in the second. Kevin Mulvey drove in Reno’s second run of the night on a double to the left-center gap, and Doug Deeds added a two-run double in the frame.

Kevin Pucetas started for the Grizzlies, going four innings and allowing Reno’s first four runs. Four Fresno relievers held the Aces scoreless for a combined seven innings before Joe Paterson gave up the winning run in the bottom of the 12th.

Bailey and Sanchez paced the Aces offense with two hits apiece, while Deeds picked up two RBIs in the victory. Brandon Allen went 1-for-3 with three walks for Reno, which earned the victory despite getting out-hit 14-9 by Fresno.

Friday’s contest is also the first St. Mary’s Fireworks Friday presented by KOLO 8 News Now of the season, with a fireworks show immediately following the conclusion of the game.

Tickets for all Aces games start at just $7, and are available by calling the Reno Aces box office at (775) 334-7000 or by visiting www.RenoAces.com.