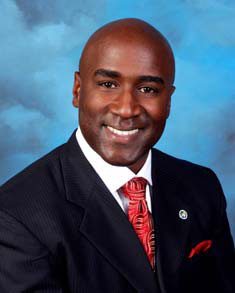 “Councilman Barlow brings outstanding representation to the high speed train commission,” Governor Gibbons said, “I am certain he and the other members will get this project moving so we can create high-tech jobs in Nevada and bring more tourists to Las Vegas with this modern high-tech project.”

“I am pleased Governor Gibbons has shown the confidence in me to appoint me to this important position,” Councilman Barlow said, “I intend to get up to speed on this project quickly and get Nevadans working.”

Governor Gibbons added, “The MAGLEV train is cutting edge technology and will attract tourists and visitors from all over the world, this is just what Las Vegas needs, and we need it right now.” Governor Gibbons noted that millions of dollars for the project that were promised to the Commission for this project and are required to be given to the Commission by federal law are being withheld by the bureaucracy in Washington D.C.

Governor Gibbons has asked for assistance from Senator Harry Reid to encourage the Department of Transportation to follow the law and get this project moving now in order to create jobs in Nevada and bring tourists to Nevada, however Senator Reid has been reluctant to help the state.

The Nevada Legislature opened Monday with a prayer, a rendition of the state anthem and swearings-in ahead of four months of negotiations, hearings and votes that will define the state's $11 billion budget and operations for the next two years.