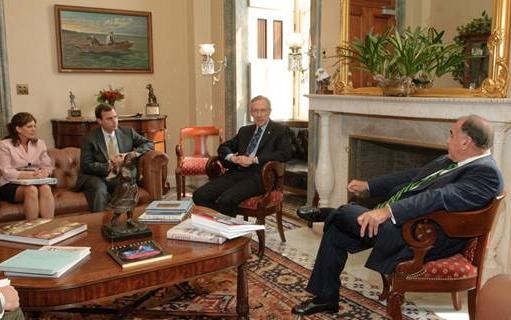 WASHINGTON, D.C.—Representatives of the Nevada Franchised Auto Dealers Association (NADA) visited with Nevada Senator Harry Reid to thank him for his leadership in extending the “Cash for Clunkers” program.

Wayne Frediani, executive director, David Regan, vice president, and Ivette Rivera, executive director of legislative affairs for NADA also discussed repayment of dealers in the program. Reid has previously written a letter to Secretary Lahood on behalf of Nevada’s car dealers, expressing their concern that the Department of Transportation has not been prompt in processing dealers’ claims as a part of the program.