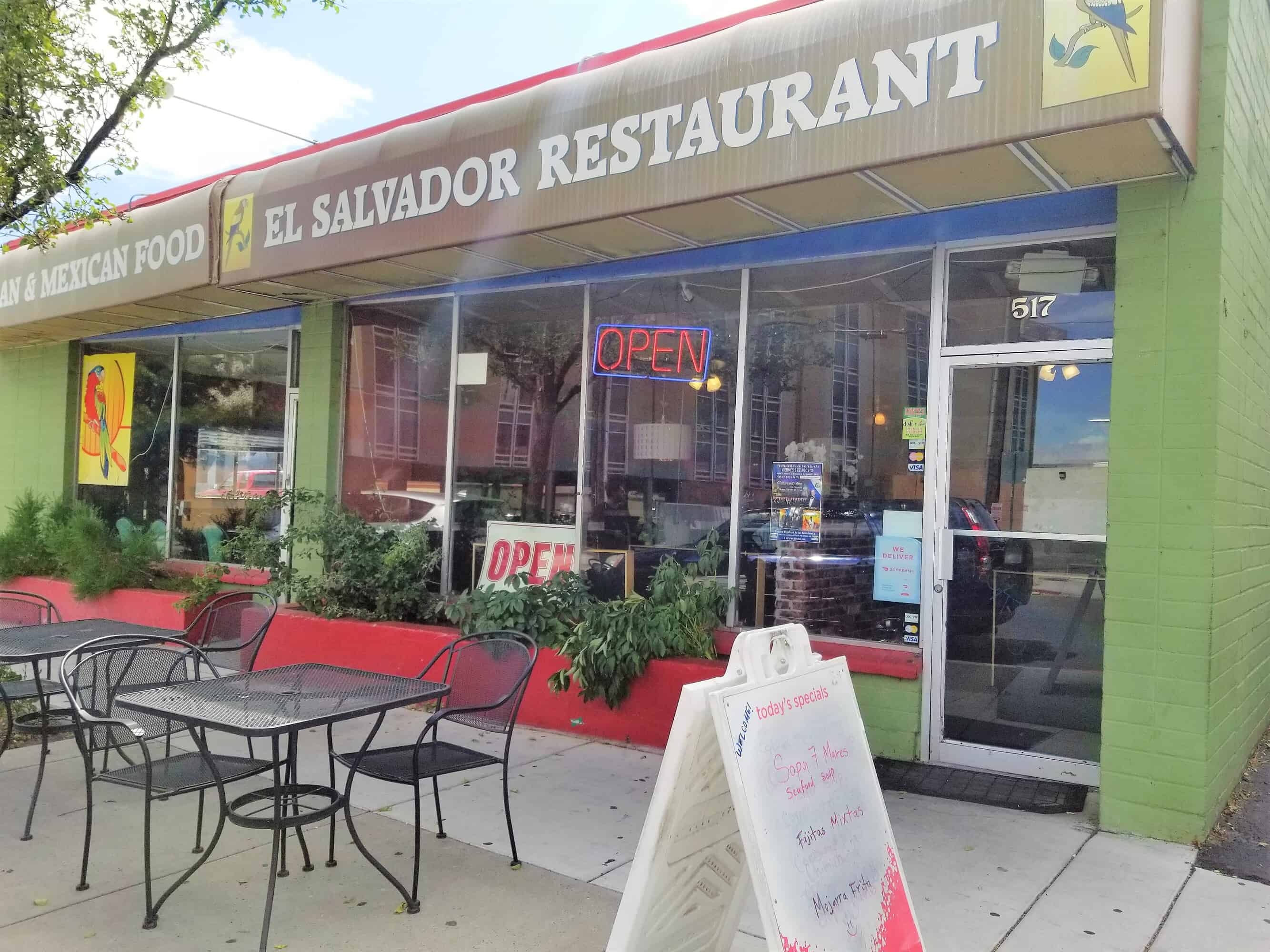 UPDATE: We’ve posted a new article about El Savdor’s closure here. It has a lot of new information, including plans to reopen in another location.

El Salvador Restaurant has been serving exceptional Salvadoran and Mexican fare in Reno long before the resurgence of Reno’s Midtown district. The eatery is scheduled to close its doors to the public on August 19th, 2019. A farewell celebration with live music will take place at the restaurant on August 12th.

El Salvador Restaurant doesn’t serve $15 artisanal cocktails and overpriced ‘small plates’. The restaurant interior is not modern and polished; instead, it displays images of El Salvador on its walls amongst vibrant faux flora. Latin American news meanders through the small television near the front. Spanish pop songs emanate from the speakers. El Salvador Restaurant may not be hip, but it’s alive with culture and some of my favorite food in the area.

Closures similar to that of El Salvador Restaurant are becoming increasingly frequent. The culinary frontier in Reno and Sparks seems especially wild and tumultuous these days. Restaurants are opening and closing in record time. Longtime local favorites are experiencing astronomical rent hikes and non-renewals of lease agreements as building owners seek to cash in on the Midtown explosion.

In the case of El Salvador Restaurant, their story is somber and all too familiar. I briefly got to speak with Miguel Torres, a 16-year employee at the restaurant, about the closure.

Torres advised that the building owner is not renewing the restaurant’s lease due to the expansion of Midtown. The owner wishes to take the space in a ‘new direction’. This is devastating news for the restaurant and its loyal customers. The eatery has been serving pupusas, enmoladas, pastelitos and the like for 20 years.

Torres mentioned that it’s so strange for him to be looking for a job after 16 wonderful years at El Salvador Restaurant.

Sadly, the restaurant is not expected to reopen in a new location.

Upon entering the restaurant on a Friday afternoon for lunch, my wife and I were warmly greeted and told we could choose our seats. We opted for a comfortable booth in the main dining room. Our server promptly took our drink order and brought us some chips and salsa.

I enjoyed that the moderate-heat red salsa came inside a syrup dispenser accompanied by a mini-molcajete-style ramekin. The chips were thin, crisp and salty. I could have eaten the whole basket myself.

My wife ordered the Dos Pupusas con Orden for $7.99.

The Dos Pupusas con Orden translates to ‘two pupusas with rice, beans and slaw’. Pupusas are stuffed corn tortillas cooked on a griddle. The slaw’s name in Spanish is curtido, and it’s composed of mildly fermented cabbage and spices including Mexican oregano. Curtido is hands down my favorite type of slaw.

The pupusas were available in a variety of types, and my wife selected revueltas for both. Revueltas, also known as ‘mixed’, include chicharrón (pork paste), beans and cheese. Note that Salvadoran chicharrón and Mexican chicharrón and chicharrones are different. As I understand it, the Mexican version always includes pork skin, meat and fat. I’ve heard of Salvadoran chicharrón referred to as ground pork, but it always struck me as more of a paste.

My wife made short work of both pupusas and the rice and beans. We both agreed that every element of the dish was excellent.

Two Enmoladas to Rule Them All

I ordered the #7 combination for $11.99. My meal included two enmoladas, one revuelta pupusa with curtido, one pastelito, one empanada, rice and beans.

Enmoladas are similar to enchiladas, but with mole sauce replacing the enchilada sauce and cheese. Mole is a sauce with hundreds of varieties, but common ingredients include nuts, seeds, fruit, chiles, tons of spices and sometimes cocoa powder or chocolate.

My two enmoladas included tender, juicy shredded chicken. I suspect that the tortillas were house-made, but I failed to confirm. They were topped with the best mole that I’ve ever tried and sesame seeds. The sauce was semi-sweet with ample heat and it had a luxuriant quality, likely attributable to nuts or seeds. The sesame seeds added a surprising amount of texture and flavor. It’s a travesty that you can only order these from El Salvador Restaurant for another week.

I enjoyed my pupusa as much as my wife enjoyed hers. I liked how well toasted it was.

The rice and beans offered ample flavor. The rice was cooked well, and it included lima beans, green beans, peas and carrots.

Some might find the nomenclature behind the empanada and pastelito confusing like I did. At El Salvador Restaurant, and I assume in El Salvador, pastelito refers to a half-moon shaped fried pastry filled with meat and potatoes. The Salvadoran pastelito bares an uncanny resemblance to Filipino and Mexican empanadas. The Salvadoran empanada, on the other hand, is a fried dumpling made from cooked and smooshed plantains. The dumpling is then filled with milk and cornstarch and fried. It’s finished with a roll in granulated sugar.

My pastelito was filled with shredded chicken, potatoes and chiles. It was wonderfully crisp, and the annatto/achiote colored it a distinctly deep orange. It was salty, savory and here, too, I’m sad to see it go.

The empanada was crisp and sweet on the outside, and tender and milky on the inside. The plantains offered a mild sourness that balanced the otherwise sweet dumpling.

“To our loyal patrons of El Salvador,

We want to take a moment of your time to say thank you! Thank you for believing in us and our food for 20 long years! Without your continued patronage and support we would have never been able to realize a dream that had originally started so small and we built such a large community and we are forever in your debt! Yes, sadly the rumors are true on the 19th of Auguest will be the last time we will have our doors open. And no we will not be available in a new location. But we hope here in El Salvador that we were able to serve you the best food possible and thank you for this opportunity.

With that all in order we just want to say Good bye and Thank You, we really couldnt have done this without you all.”

The farewell party will take place on Monday August 12th beginning at 4 p.m. Pry, People with Bodies and Horse Champ will be playing live music starting at 7:30 p.m. at the restaurant.

El Salvador Restaurant, thank you for many great meals!

Kyle Younghttp://www.grpnv.com
Kyle Young is a local freelance writer. He offers content writing, blog posts, copywriting, and editing services. His current writing foci are food, cooking, and the oddities native to Reno, Sparks, and Tahoe. He graduated from the University of Nevada, Reno with a bachelor’s degree in English writing. He gained some food chops while working as a dishwasher, line-cook, and food-truck operator. He learned quality control, imports/exports, and logistics at a local spice and seasoning manufacturer. When not hustling as a writer, he plays Scrabble, cooks, wrangles three pups, and attends live music/comedy with his wife.