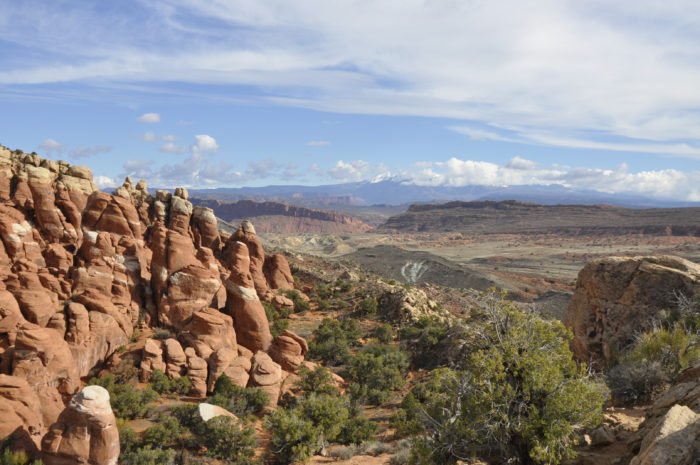 It’s a bit of a drive from Reno — around 700 miles — but Arches National Park near Moab, Utah, is worth it. My husband and I spent a few days in October hiking around the park’s red stone arches as part of a longer road trip through Nevada and Utah. It definitely was a highlight.

Arches is open year-round, but occasional snow can temporarily shut down park trails and the main road, according to park info. If you plan to travel to Arches in late fall or winter, note that the most direct route to the park from Reno is mostly on U.S. highways 50 and 70. You’ll cross a few mountain passes and possibly experience some snow and winter driving conditions.

In the colder months, I’d stay in nearby Moab, even though the park’s campsite remains open. The average winter high temperature is 30 to 50 degrees F, and average lows 0 to 20 degrees F.

Moab is 5.5 miles from the entrance to Arches. We actually ended up staying here during our trip because the park campsites were booked — and I had tried to reserve a spot months in advance. Moab is, of course, known for its mountain biking trails. We also saw ATV and other outdoor tour outfitters along the Main Street (U.S. 191). Winter seems to be the off-season here, but the advantage to visiting at this time would be smaller crowds in town, at Arches and at Canyonlands National Park, about 30 miles away.

Super-cute places to eat breakfast in Moab include in the Love Muffin Café and the Eklecticafe. The Moab Brewery serves up suds with locally themed names, such as Dead Horse Amber Ale (Dead Horse Point State Park is nearby) and Squeaky Bike Nut Brown Ale.

There are more than 2,000 documented arches in Arches National Park, but only a dozen off the main road and trails. The most popular seemed to be Delicate Arch and Landscape Arch, although I really liked Broken Arch and Tapestry Arch. Both of these formations are accessible from the Broken Arch Trail, an easy, 2-mile walk that takes you near the Devil’s Garden Campground. We got there around 10 a.m. on a Thursday, and we only met a few couples on the trail and at the arches.

While the arches are the big draw, the park’s massive rock outcroppings are fun to walk on and around, and the walls of red cliffs are stunning. The park’s visitor center, interpretive signs and website do a great job explaining the geological forces that created this landscape, but what sticks in my mind is the role of iron in causing the beautiful colors: deep reds, tan, white and even green.

According to park interpretive signs, most of the rocks in Arches owe their color to presence or absence of iron. When iron combines with oxygen, it gives the rock a red color. Bands of white occur when water removed the iron or bleached the rock through chemical reaction. Weirdly, iron is even responsible for the green color. Those are the rocks that formed in an oxygen-poor environment, such as a shallow lake, where iron is in a reduced or ferrous state.

It took eons to create the color and topography at Arches, and the park continues to change, slowly, as water and wind erode the rock. 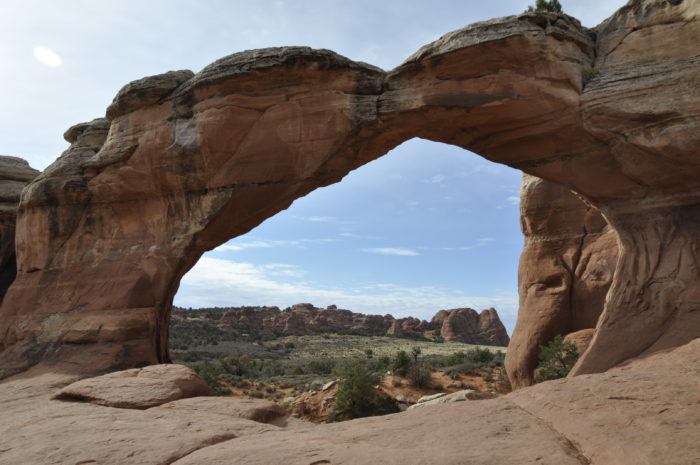