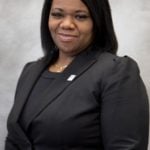 The Washoe County School District is, for the second time, appealing an unemployment claim made by the assistant principal it fired this year.

Despite an earlier appeal that was overturned by the Nevada Department of Training, Employment and Rehabilitation, the school district’s Office of the General Counsel wants to deny unemployment benefits to Trina Olsen, a former Hug High School administrator.

The district went to great lengths to fire Olsen, first by ratcheting up charges against her — which Olsen said are inflated, taken out of context, or simply false — and then by taking more than a year to terminate her from the district while continuing to pay her annual salary of about $120,000.

Unemployment claims are frequently found in favor of the employee. The state had already found in Olsen’s favor and stated:

the claimant denied all the employer’s allegations. It is important to note that as the testimony was one-one, and as the courts in almost all jurisdictions have held that the Unemployment Compensation Act should receive liberal or broad construction in favor of those claiming benefits, this tribunal gives the benefit of the doubt to the claimant.

“Therefore…this tribunal finds that the claimant was discharged for reasons other than misconduct in connection with the work, and benefits should be allowed.”

But school district attorney Christopher Reich, with little explanation, sent a letter to DETR at the end of October claiming the state agency’s Appeals Officer, Angela Klaus, “made errors of fact and errors of law, specifically making findings contrary to the written record and statements of both the claimant and employer at (a hearing), and misapplication of the standards stated (in a Clark County School District case).”

Olsen said the district’s actions amount to continued financial bullying. She said she was forced to hire an attorney to fight on her behalf.

The district claimed Olsen sent an email with private student data in it to Hug teachers, but Olsen said she only sent the email after being directed to by then Hug Principal Lauren Ford.

“I only sent the email containing the testing error upon the approval of my principal… She had a duty to ensure that it did not contain any errors, so when she gave…approval, I sent it as directed.” 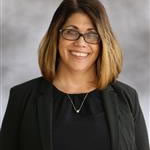 The district also claimed that when Olsen reported that she was told another Hug employee that Ford had given drugs back to a student, Olsen was making a false claim against Ford.

“I never made an accusation that I saw Lauren Ford give drugs back to a student, I only reported to (then Area Superintendent Roger Gonzalez) what had been told to me by the Dean of Students and, when I tried to meet with Gonzalez to ask his guidance as to what to do, he told me to fill out a complaint form, which I did,” she wrote to DETR in response to the district second appeal of her claim. “He clearly misinterpreted the complaint form as me contending I saw Lauren Ford give back drugs, but when one reviews the actual complaint form, it is clear that I was only reporting what had been told to me.”

Olsen said the person relaying the information to her was not disciplined, but the district used the complaint she filed at Gonzalez’ recommendation as a pretext to fire her from the school district.

The school district’s appeal will now be considered by the employment department’s Board of Review, which “may decline to accept an appeal if the determination of the claims office was affirmed by the referee.”

Ford was promoted to area superintendent after Olsen was removed from campus. Gonzalez retired from the school district at the end of June, just days before issuing a recommendation for Olsen’s termination. Superintendent Traci Davis fired Olsen soon after that.

Olsen is going through arbitration with the district to get back her job. District officials refused to comment on her case citing confidentiality of personnel matters.

“In my view, she’s been wrongfully terminated for a number of reasons,” he said. “First of all, she’s a 22-year employee with an impeccable record, who gets a promotion and then is informed of what she perceived to be a bad act by her supervisor.

“The school district wants to take the position that she’s a probationary employee and therefore has no rights. They’ve accused her of filing false reports, but I don’t believe they can prove that at arbitration. This could be a test case.”

Through the course of investigating Olsen’s case, the district denied public records requests filed by ThisisReno, including records such as the hiring and termination dates of employees, data which are deemed public.

The district’s attorneys reversed course after ThisisReno had an attorney respond to their refusal to make the records public.

“State law specifically provides that denial of a public records request on the basis that the requested records are purportedly confidential, must be construed narrowly; while the overarching public policy and case precedent of this State has always favored transparency and access to these exact types of public records,” wrote attorney Stephanie Rice, responding to the district on ThisisReno’s behalf. “The District failed to attempt any disclosure in accordance with the Nevada Public Records Act and instead closed the door on Dr. Conrad’s request by failing to provide any responsive records whatsoever and without reason or explanation.”

“Since this matter is with the Office of General Counsel, we will defer to them for response to you,” she said.