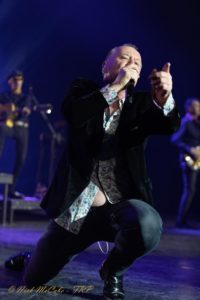 Simple Minds simply lit up GSR’s Grand Theatre Saturday night. This show was another example of me deciding to ‘check it out’, not knowing much about Simple Minds other than “Don’t You (Forget About Me)” from “The Breakfast Club,” but several times in the course of the evening I said to myself, “Oh, they did this one too?”

The sound was great, the lighting was wonderful, and lead singer/front man Jim Kerr had great rapport with the audience. Recognizing local talent he even came up to me and gave me a knuckle bump when they first came on stage.

Simple Minds has been at it since 1977, this tour celebrating 40 years as a band. They hit their stride in the 80’s and are a lasting, iconic band of that decade. Hearing their recognizable songs played live was fantastic.  A live performance is hard to capture on vinyl (that’s what they used in the 80’s…mostly…it was a time of transition), but being in the audience makes a big difference.

Original members Jim Kerr and Charlie Burchell were joined by long time member Ged Grimes, and relative newbie’s Gordy Guidie, Cherisse Osei, and Sarah Brown. Cherisse and Sarah brought a bit of youth and beauty to the stage, all decked out in sequins and gold. I found it very impressive that Jim was able to move around as youthfully as he did on stage, striking posses (leg splits and lunges) with no problems at all. If it was me, somebody would have had to call 911.

From the outset, the crowd was on their feet, and most of them stayed that way all during the two set show. The crowd was made of people of all ages, and there was no shortage of dancers. It was not a sell out, but the theater was filled with a very enthusiastic and appreciative crowd. Once they got to “Don’t You (Forget About Me)” it looked like everybody was on their feet. Jim stretched this out into an audience sing along. During the ‘la la la la’ section when he had only the audience singing he humorously instructed, “Now in French…now Italian…now Japanese…”

Not counting their intermission, Simple Minds gave us roughly a two hour show, closing with an encore of Prince’s “The Cross,” and their own “Alive and Kicking” and “Sanctify Yourself” (I didn’t know that was theirs too). There was room for more of you there.

I keep telling you…get out of the house and enjoy some live music. It will help keep you youthful. Maybe you’d be able to do those splits and lunges like Jim did! 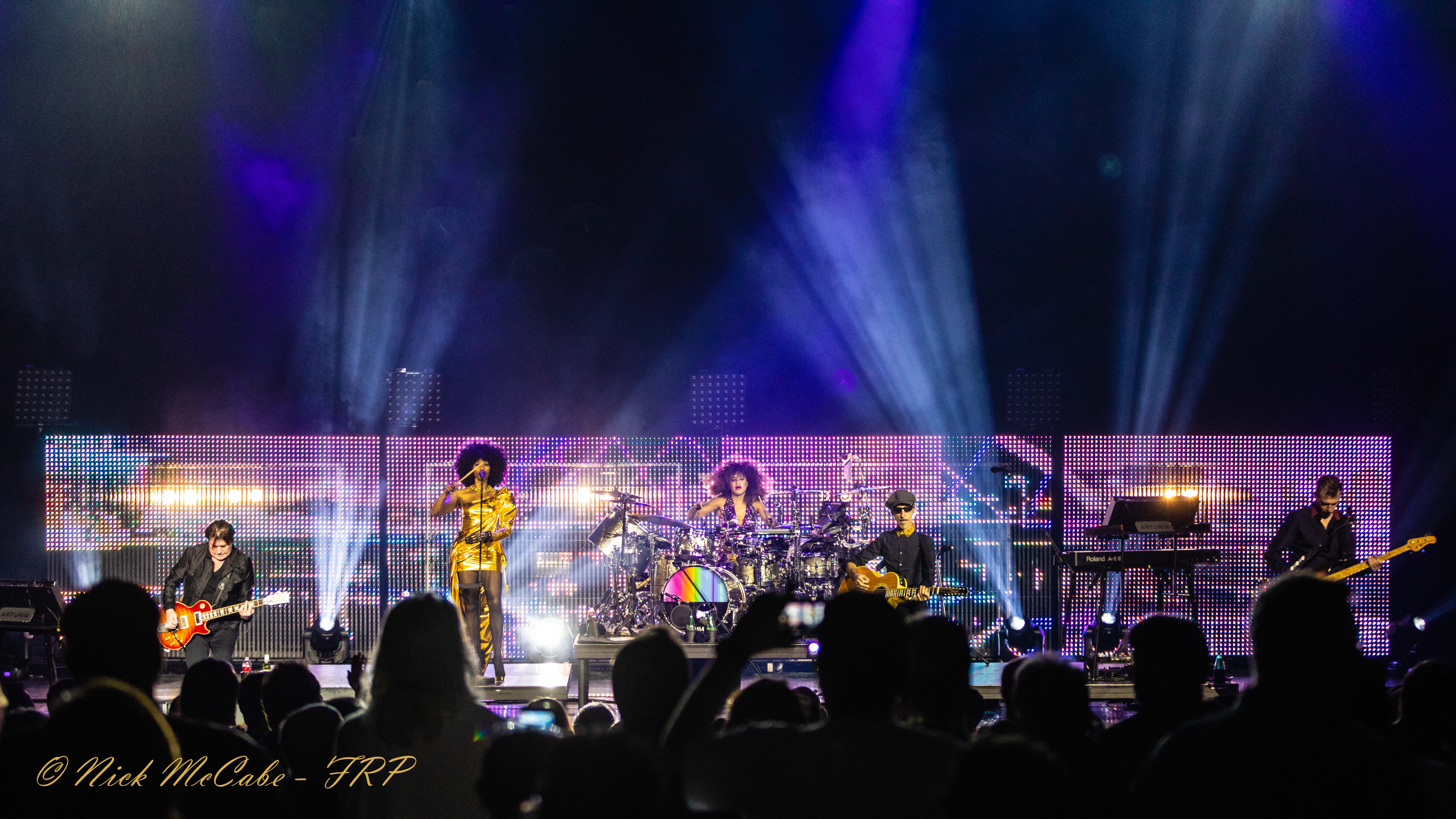 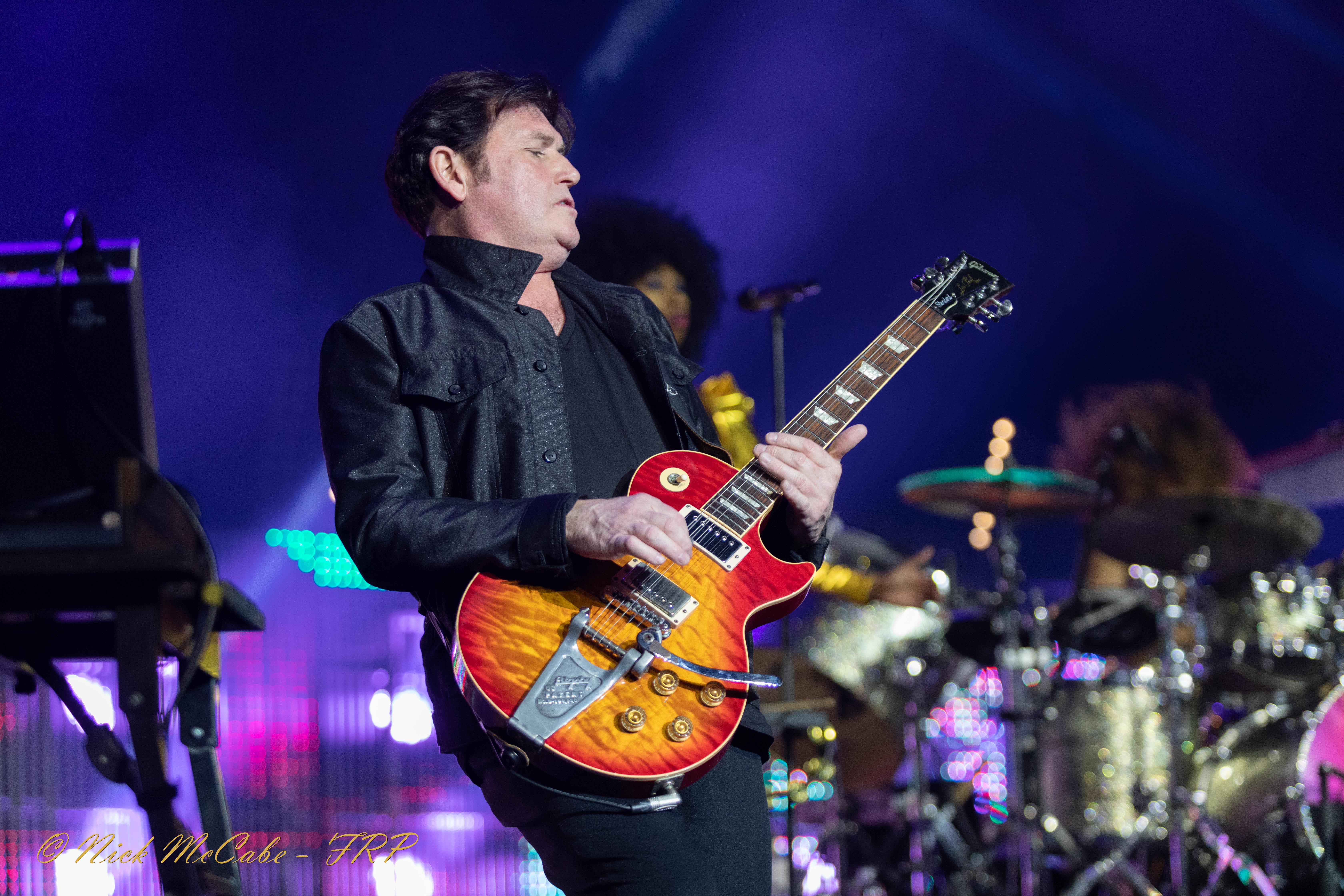 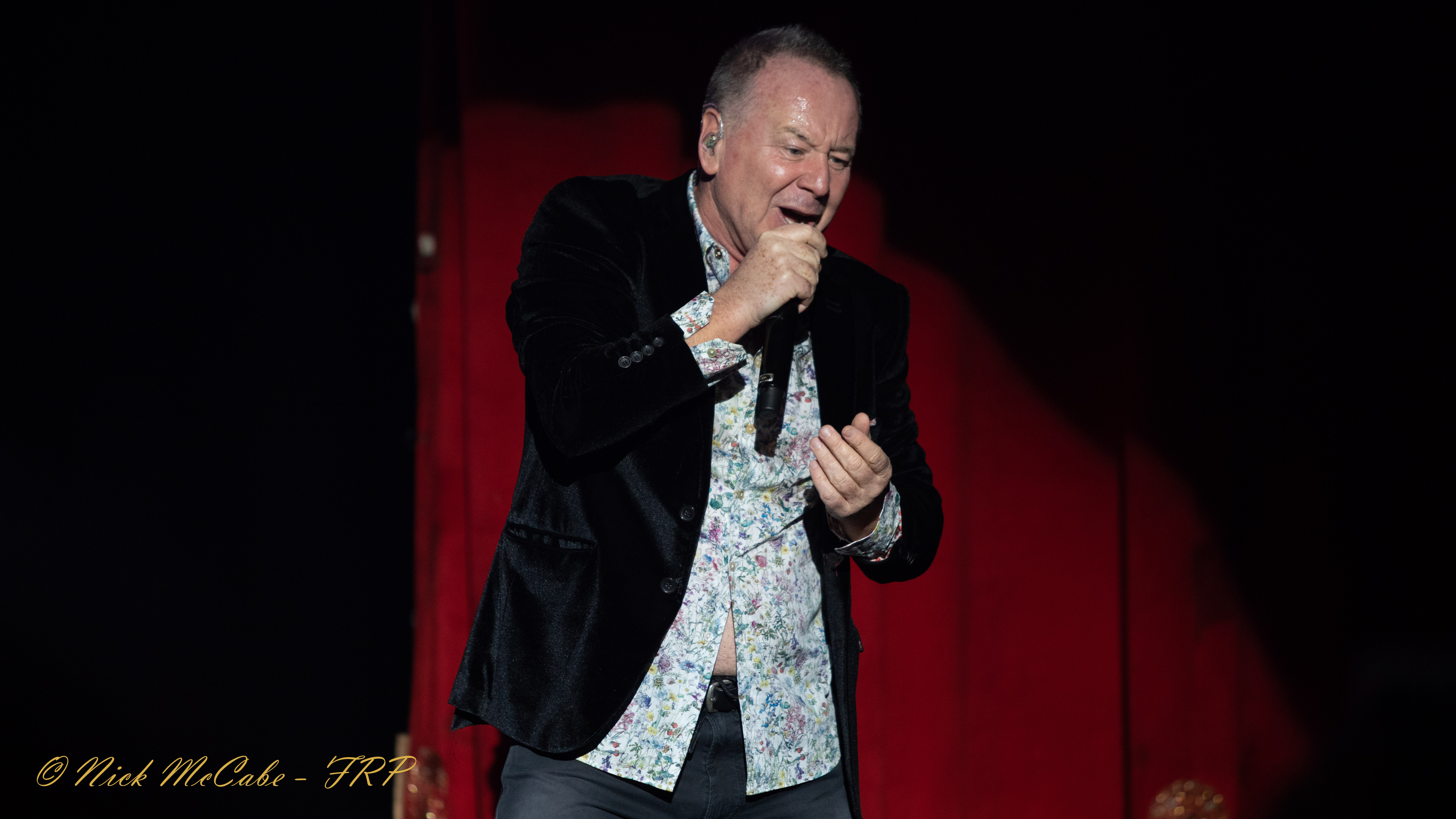 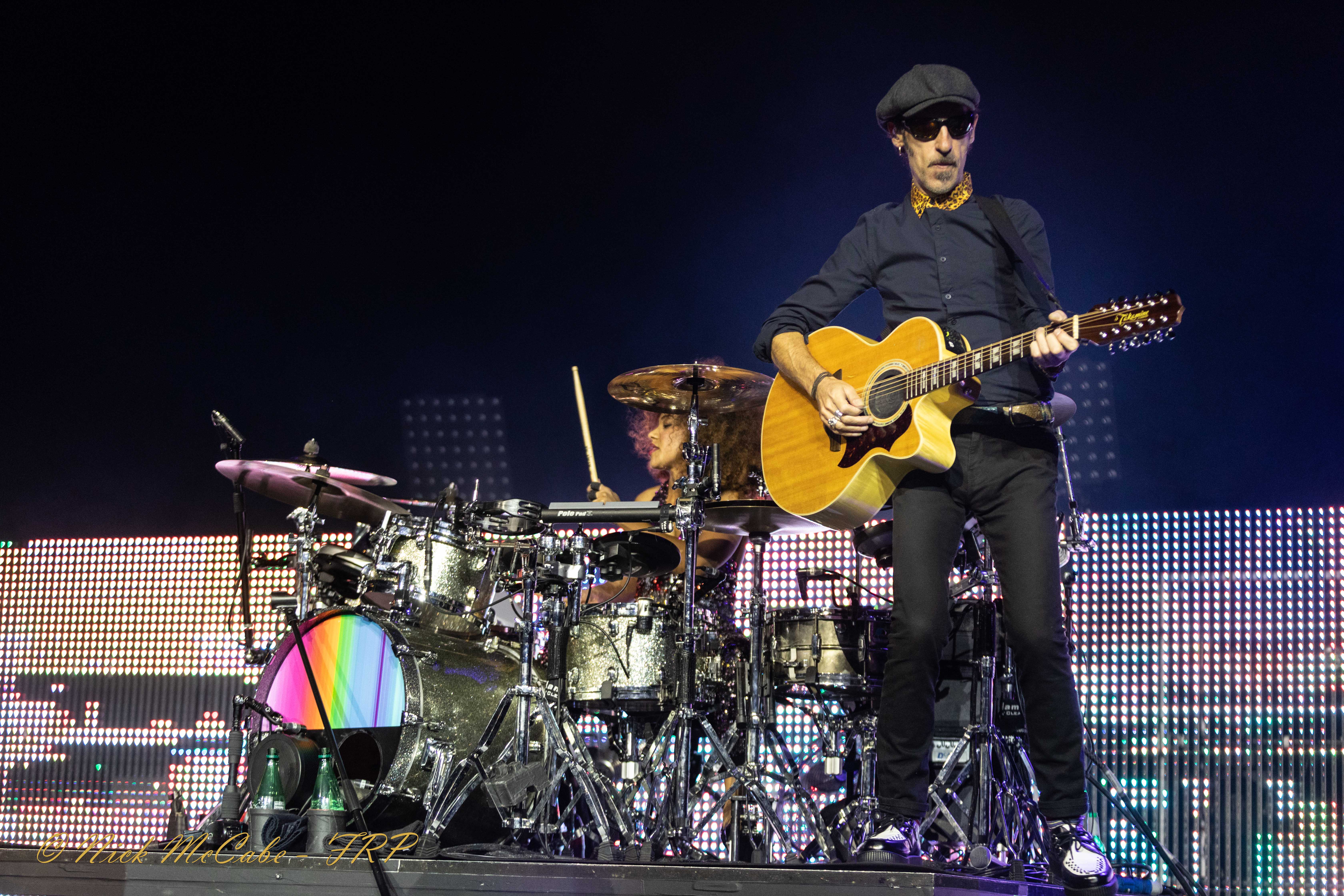 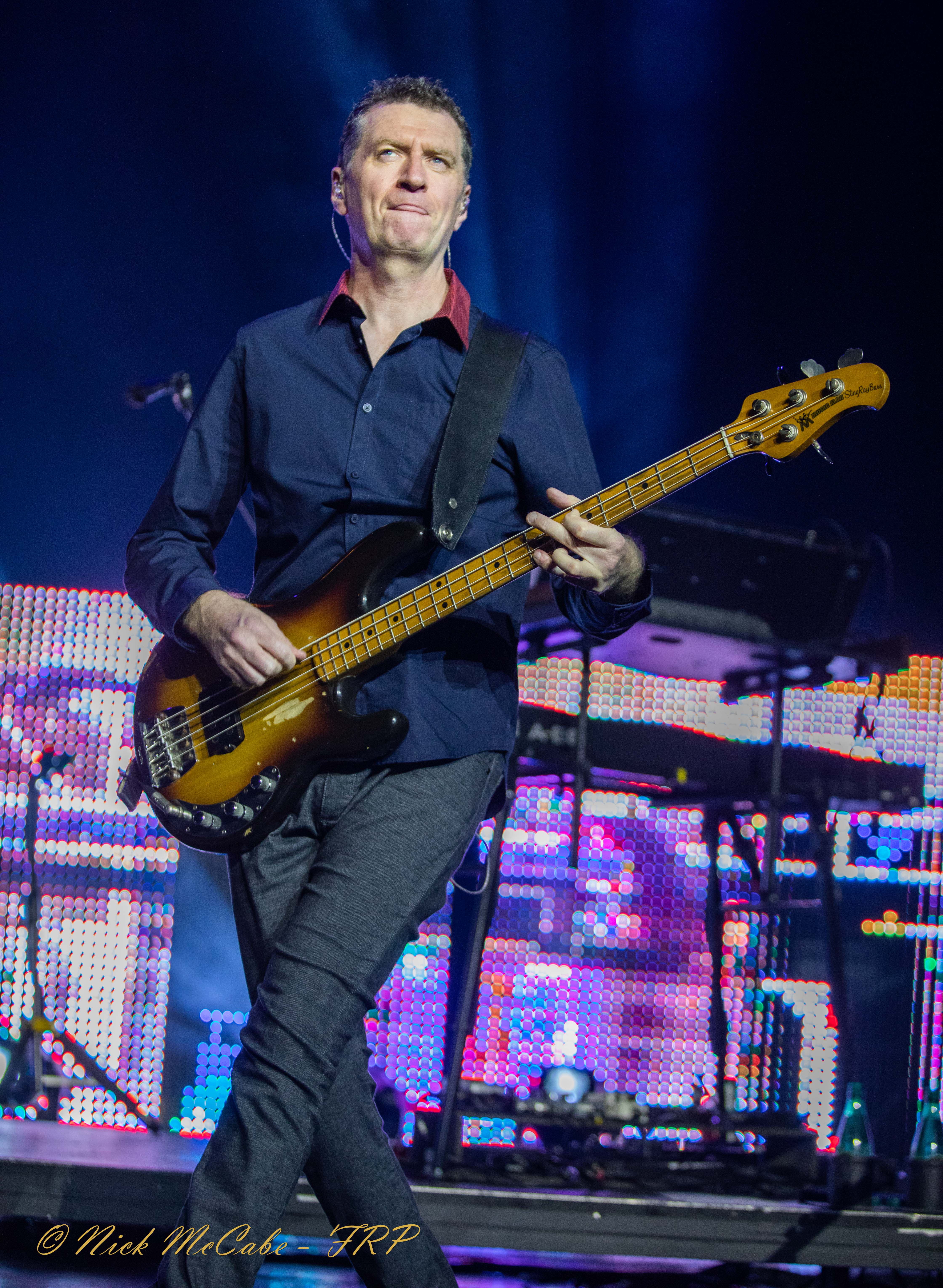 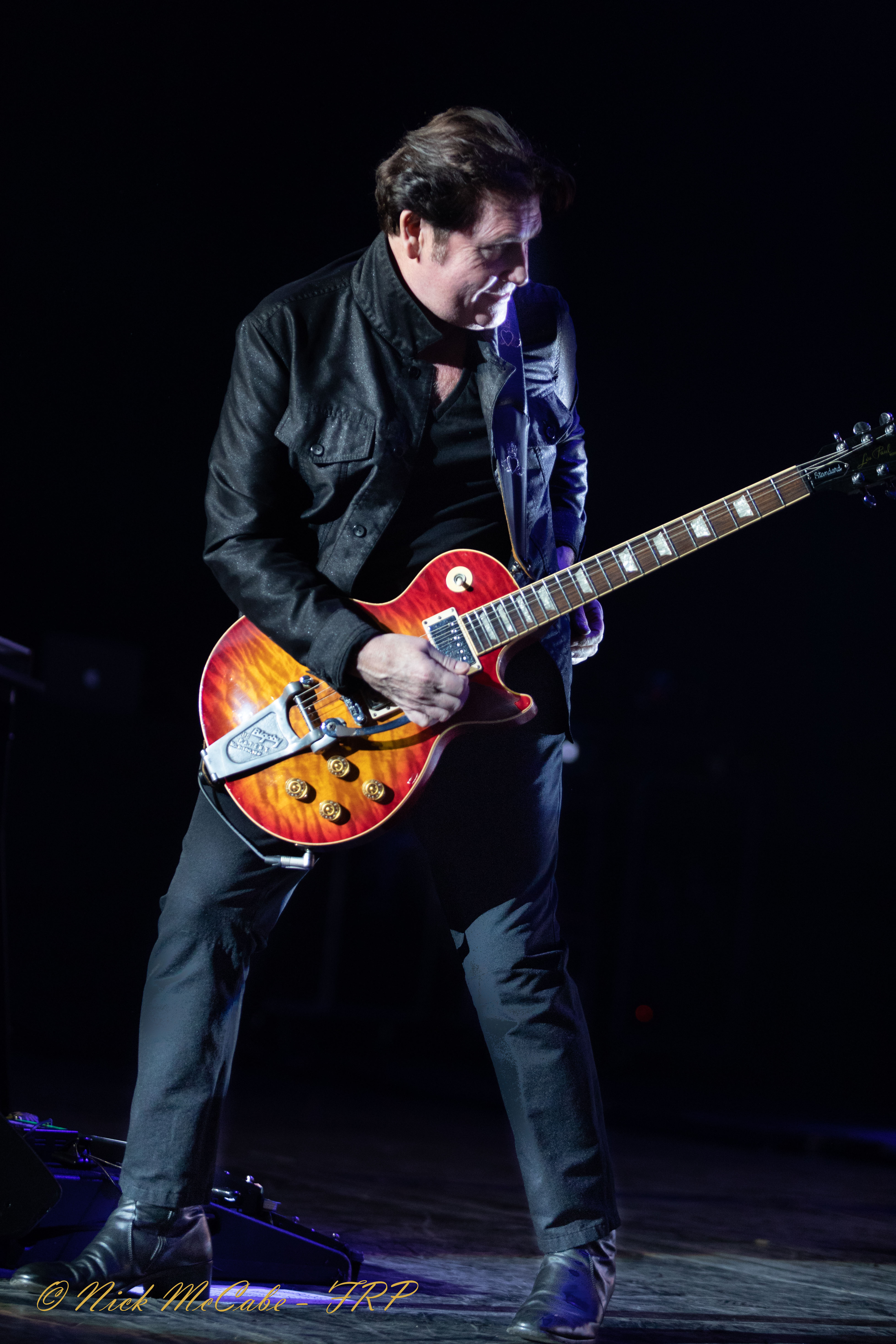 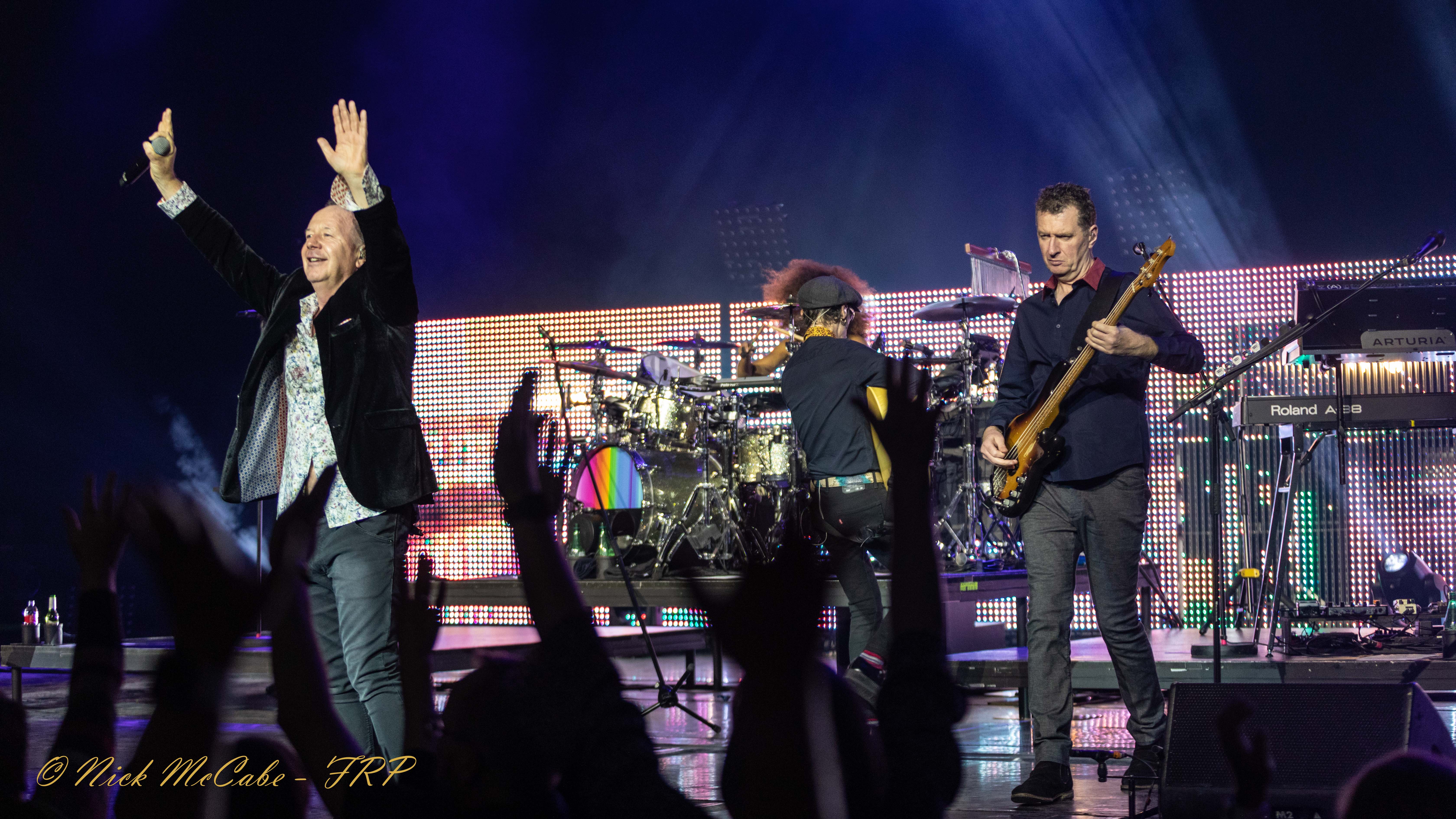 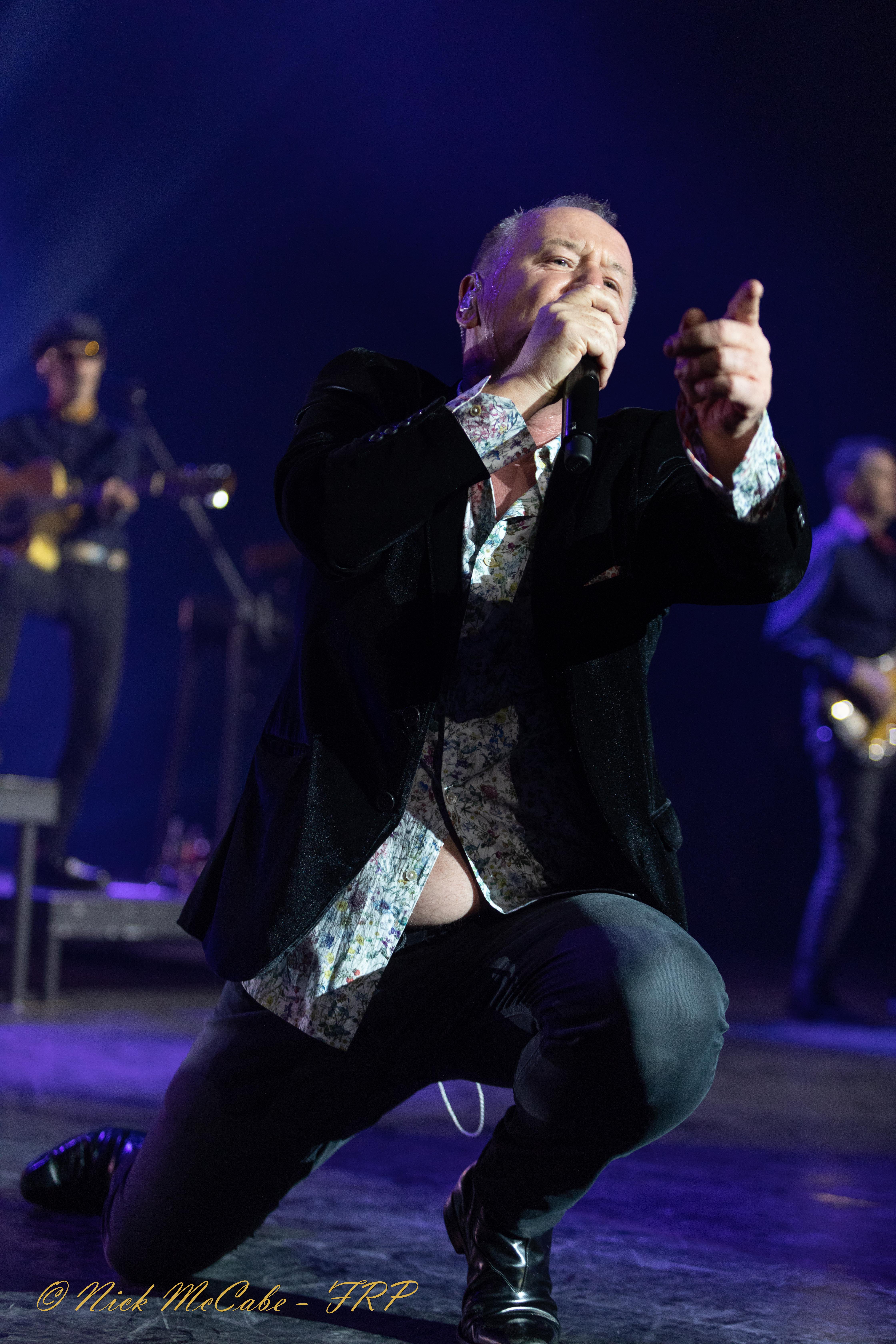 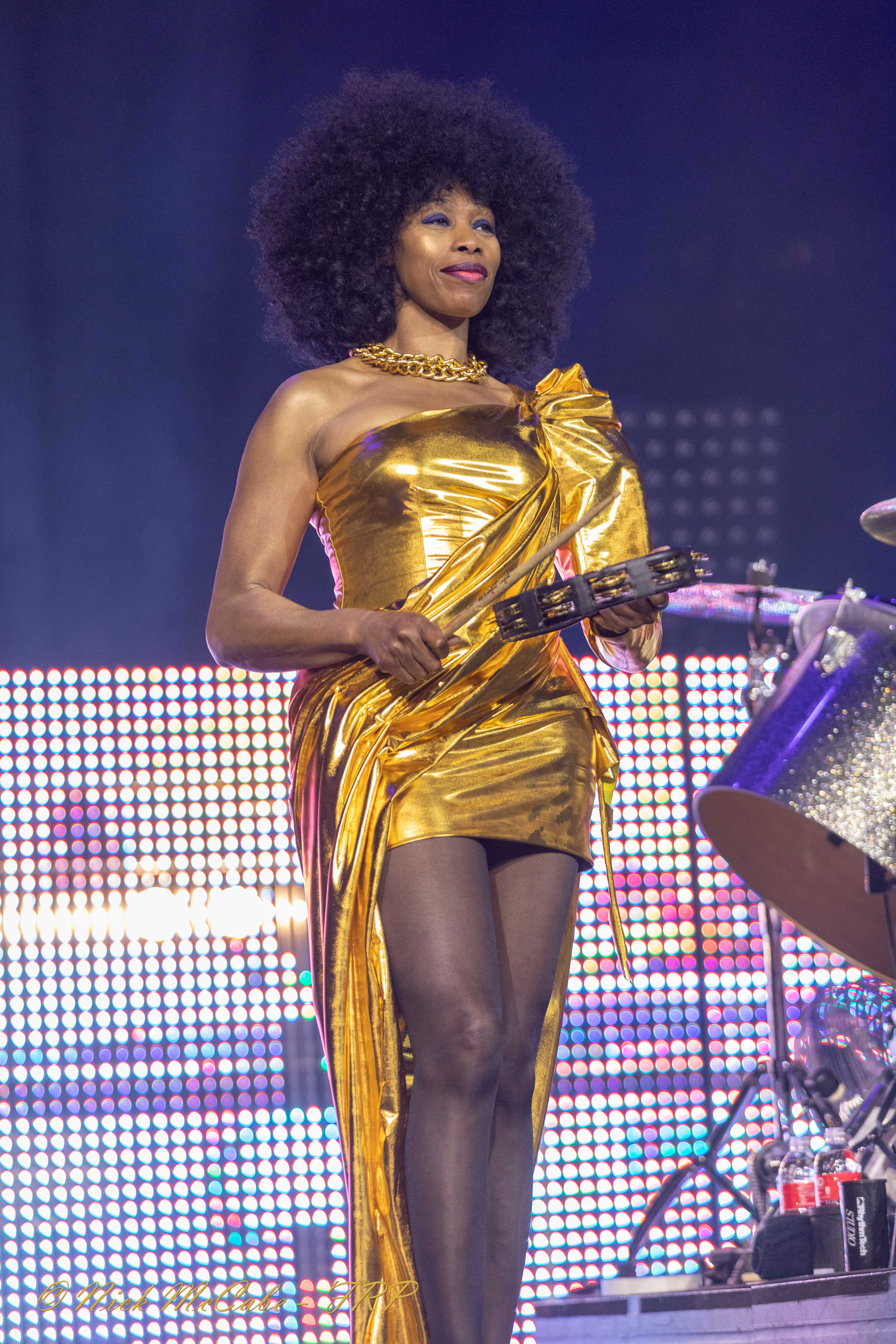 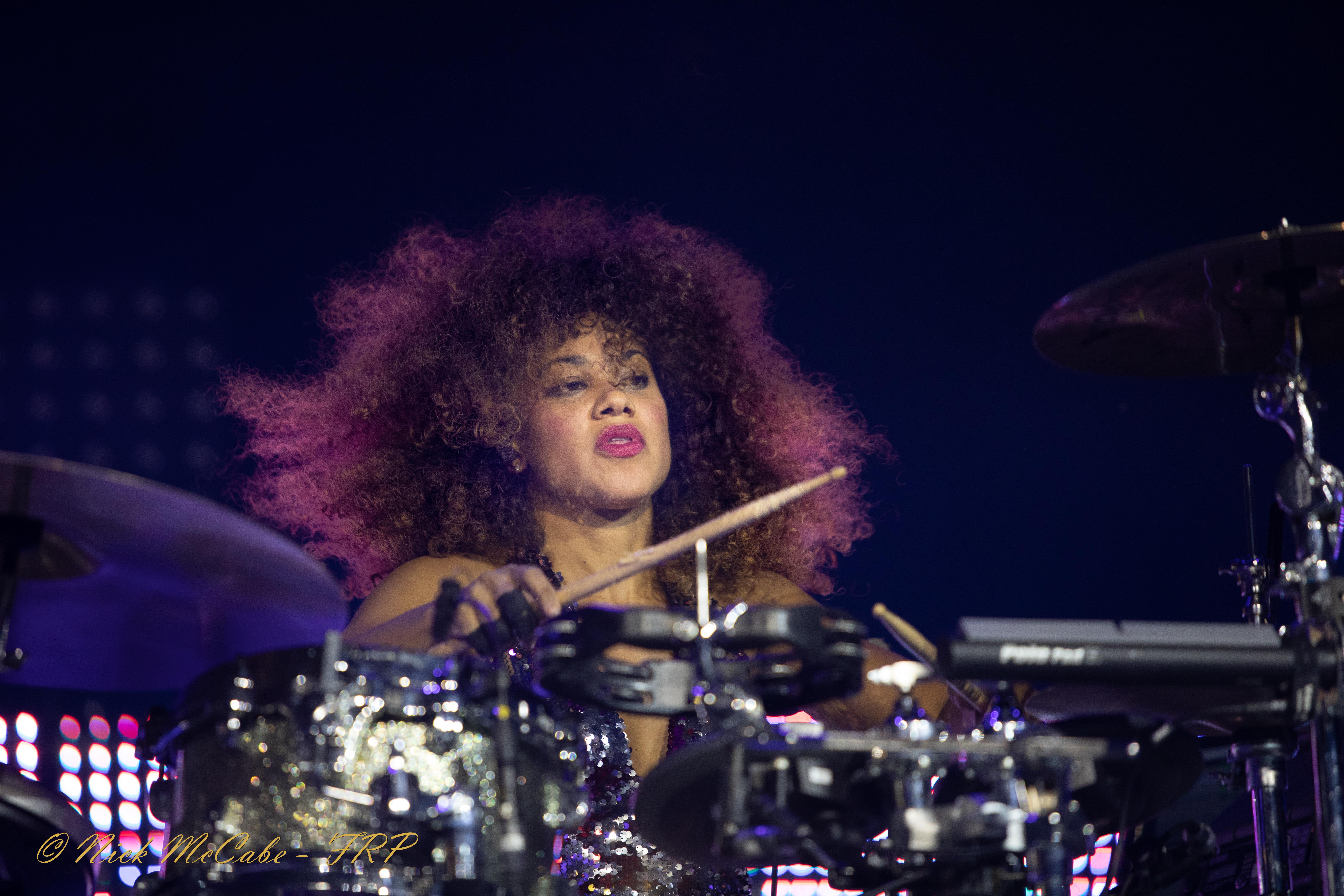 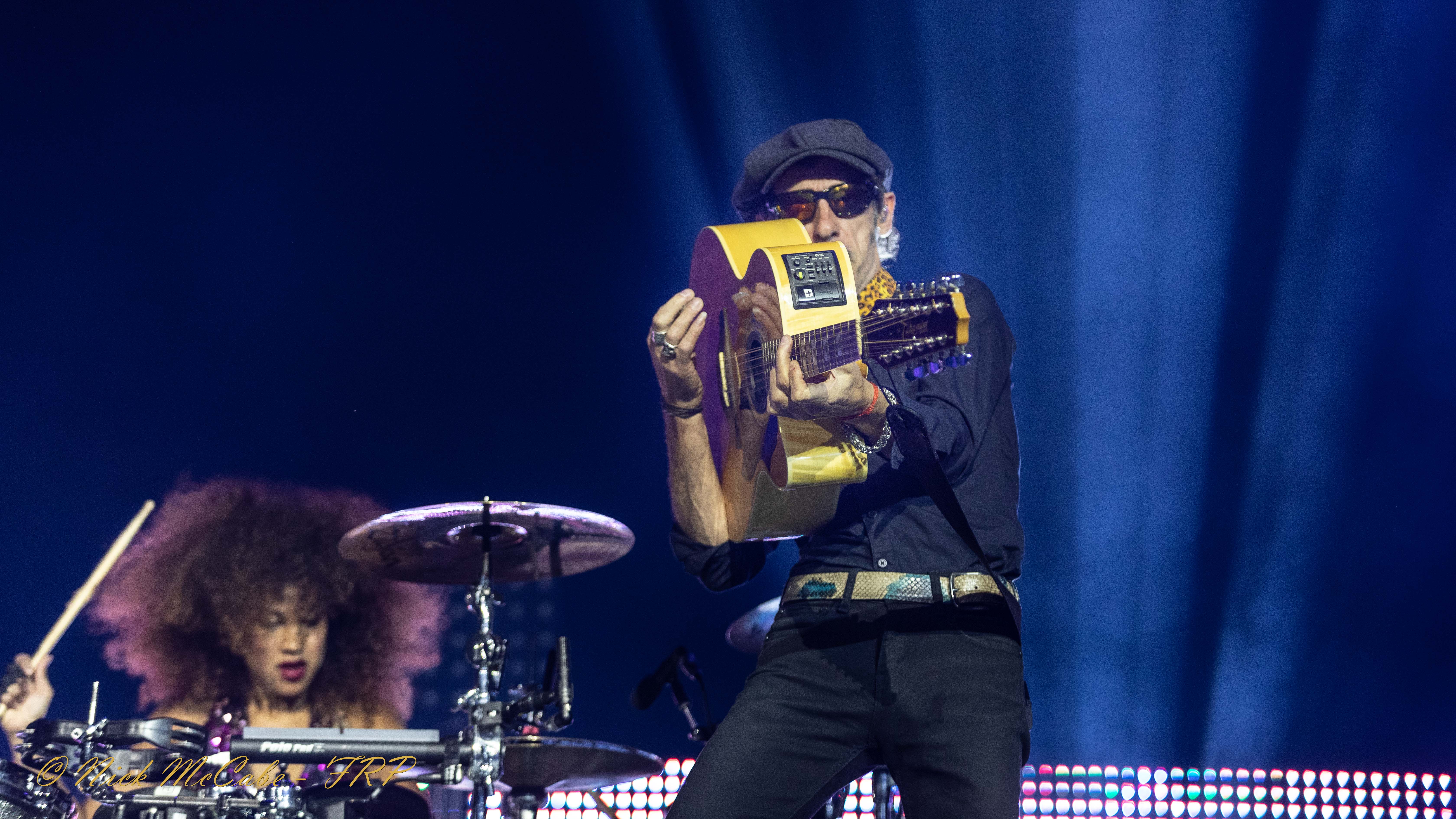 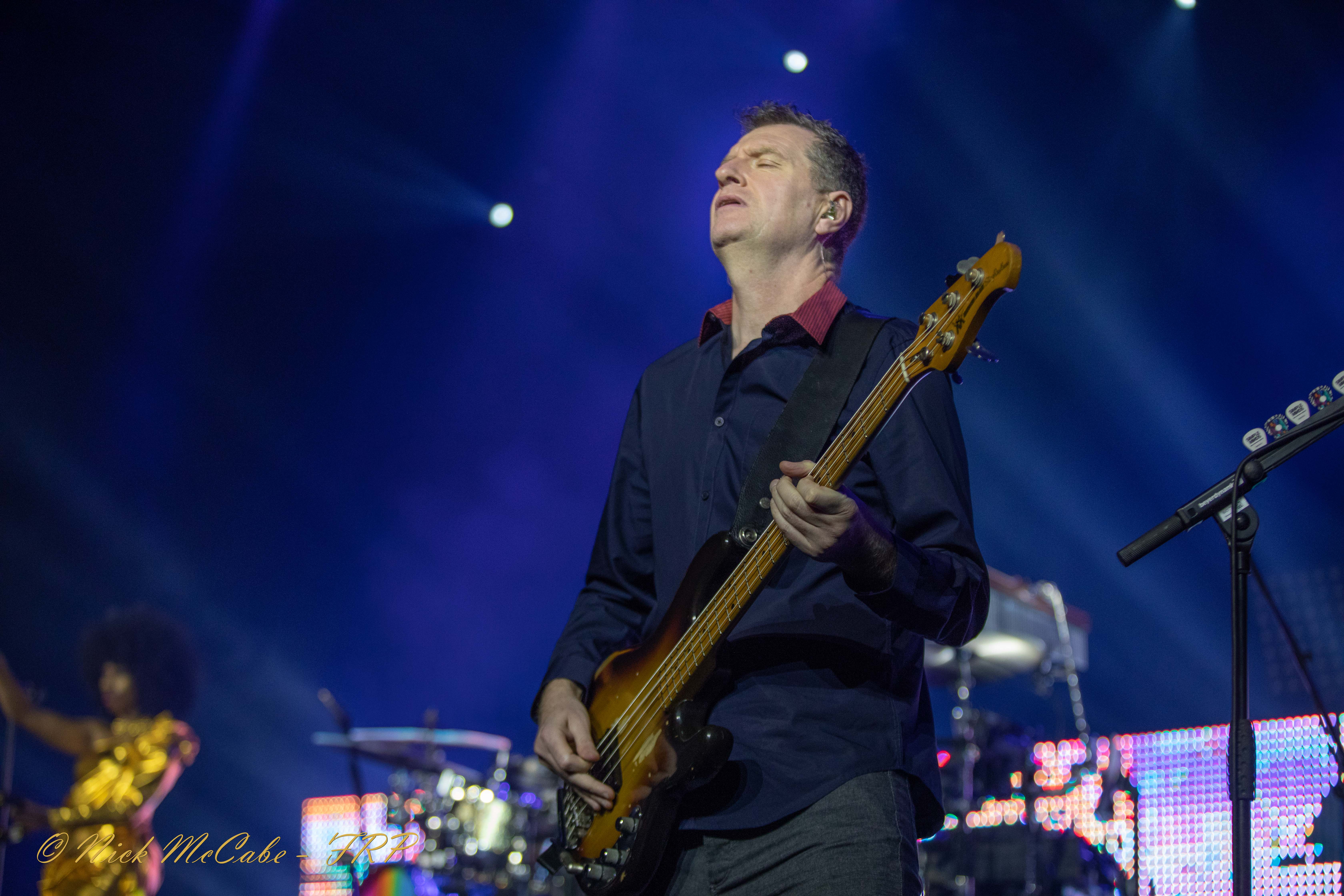 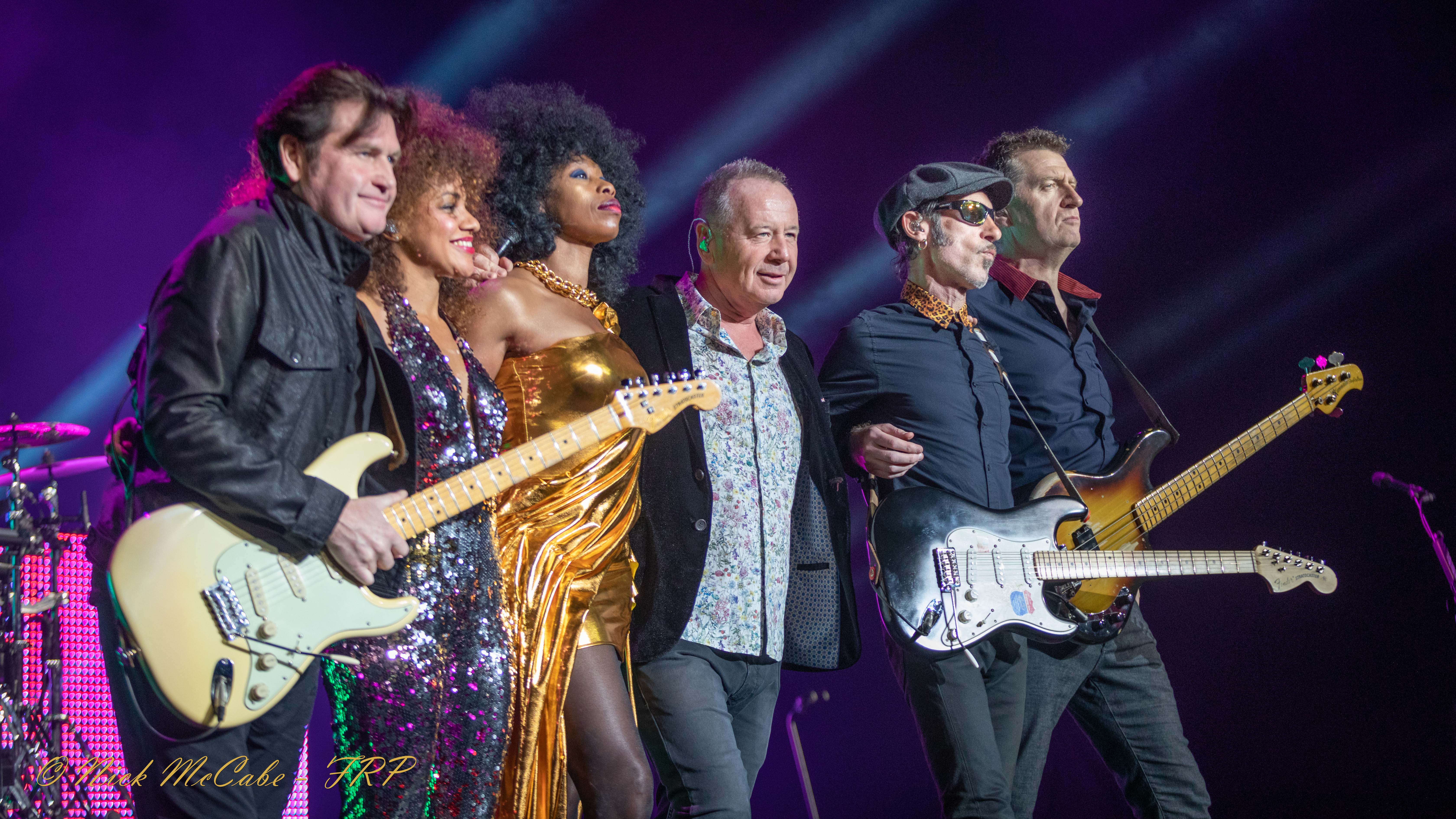 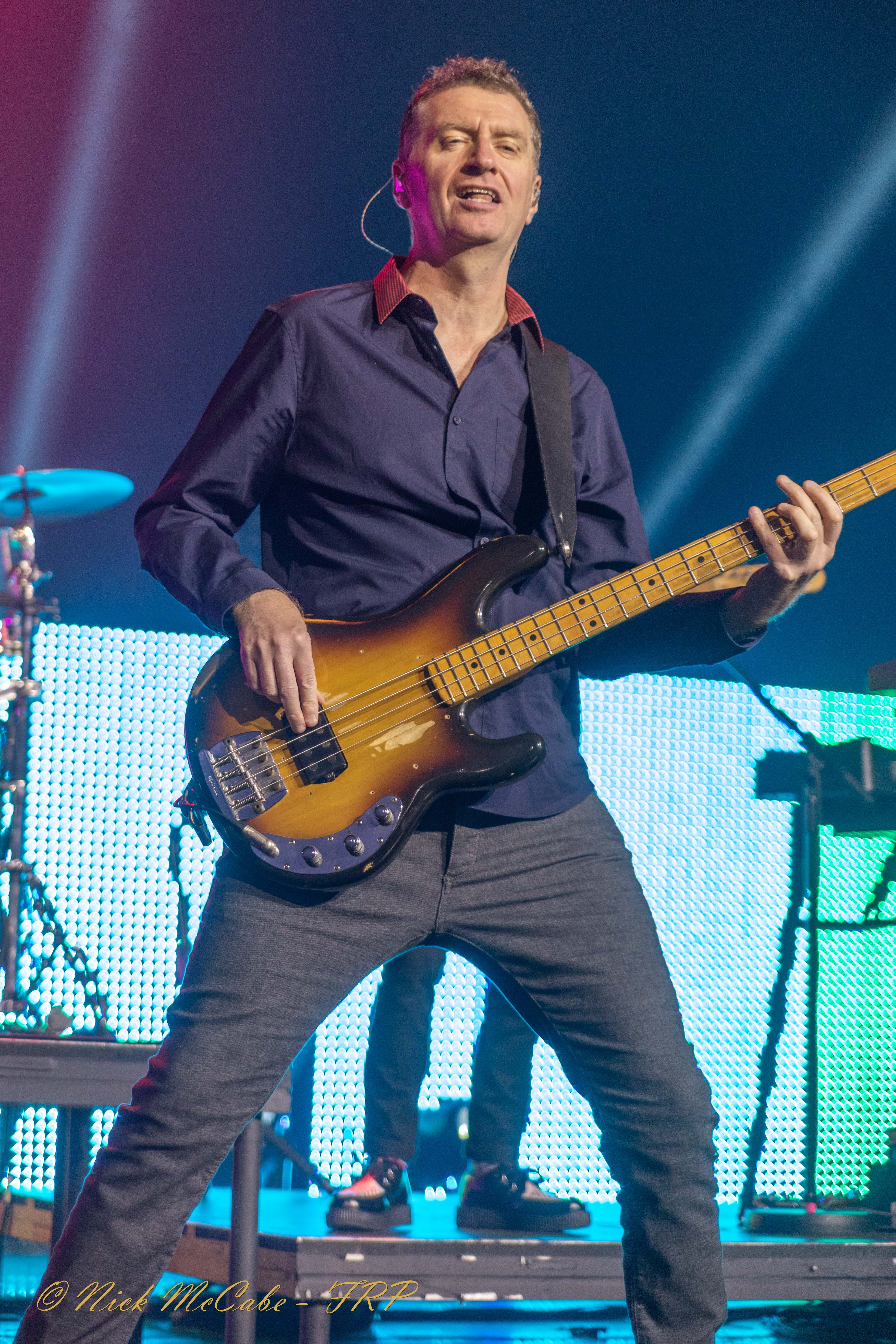 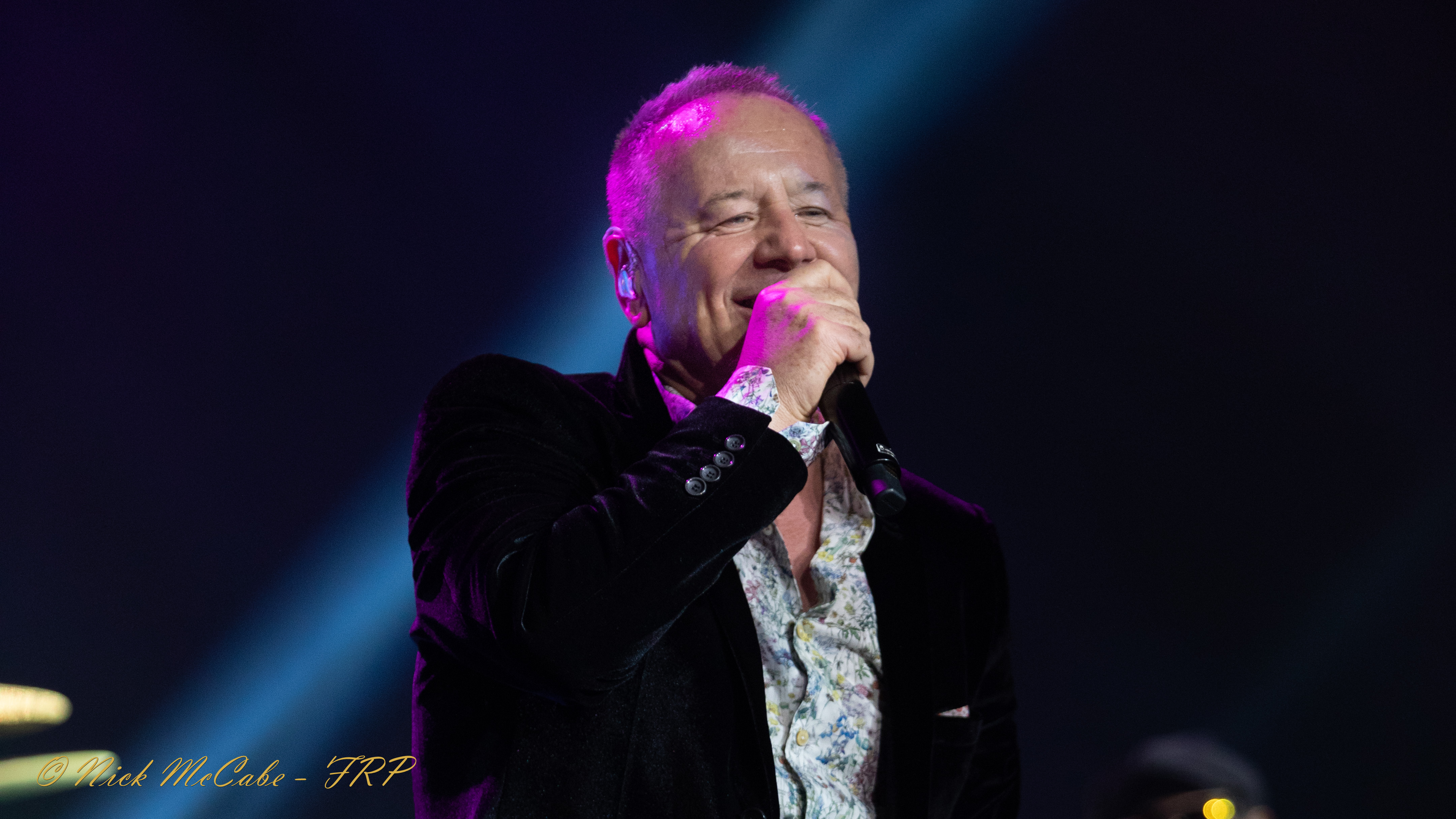 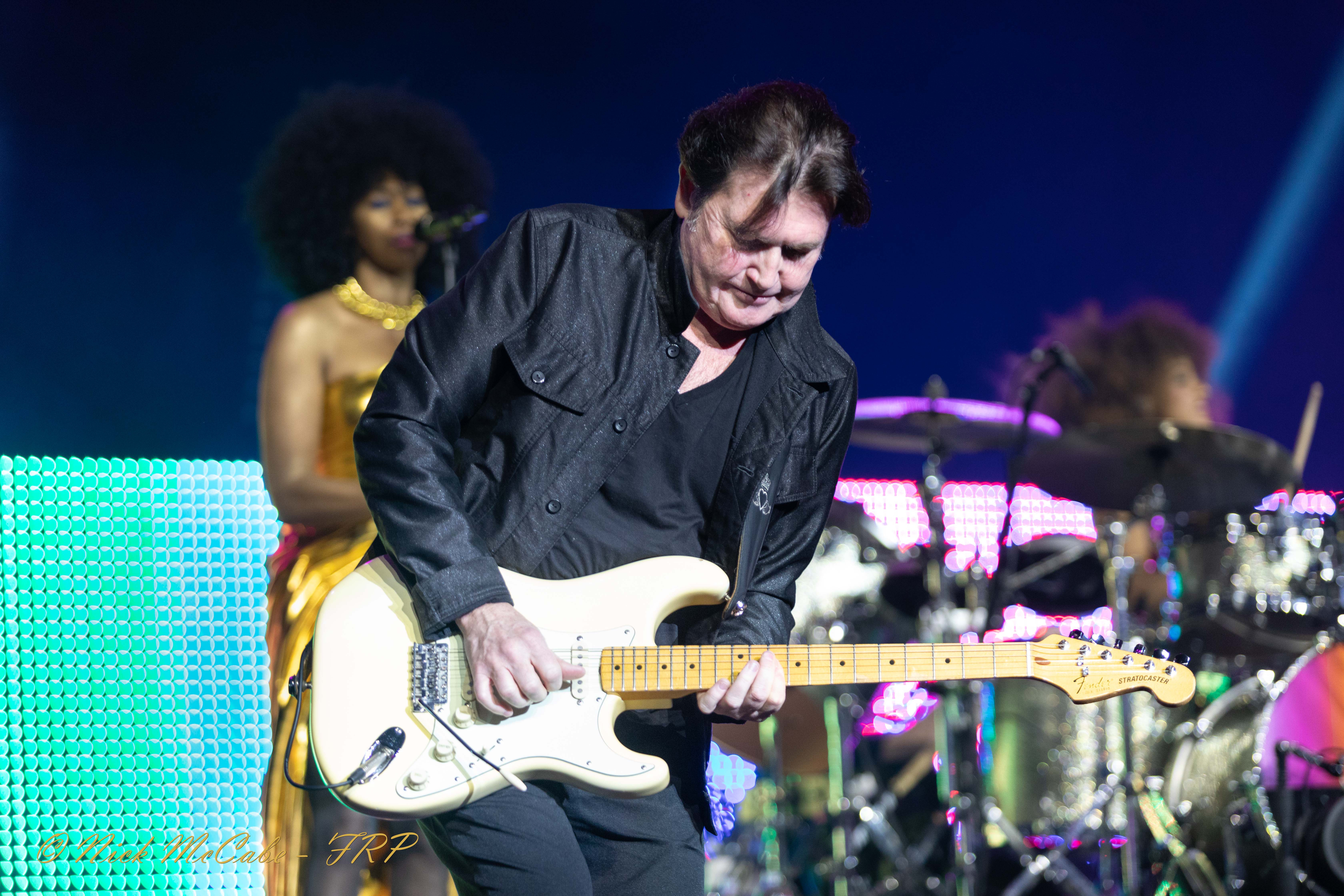 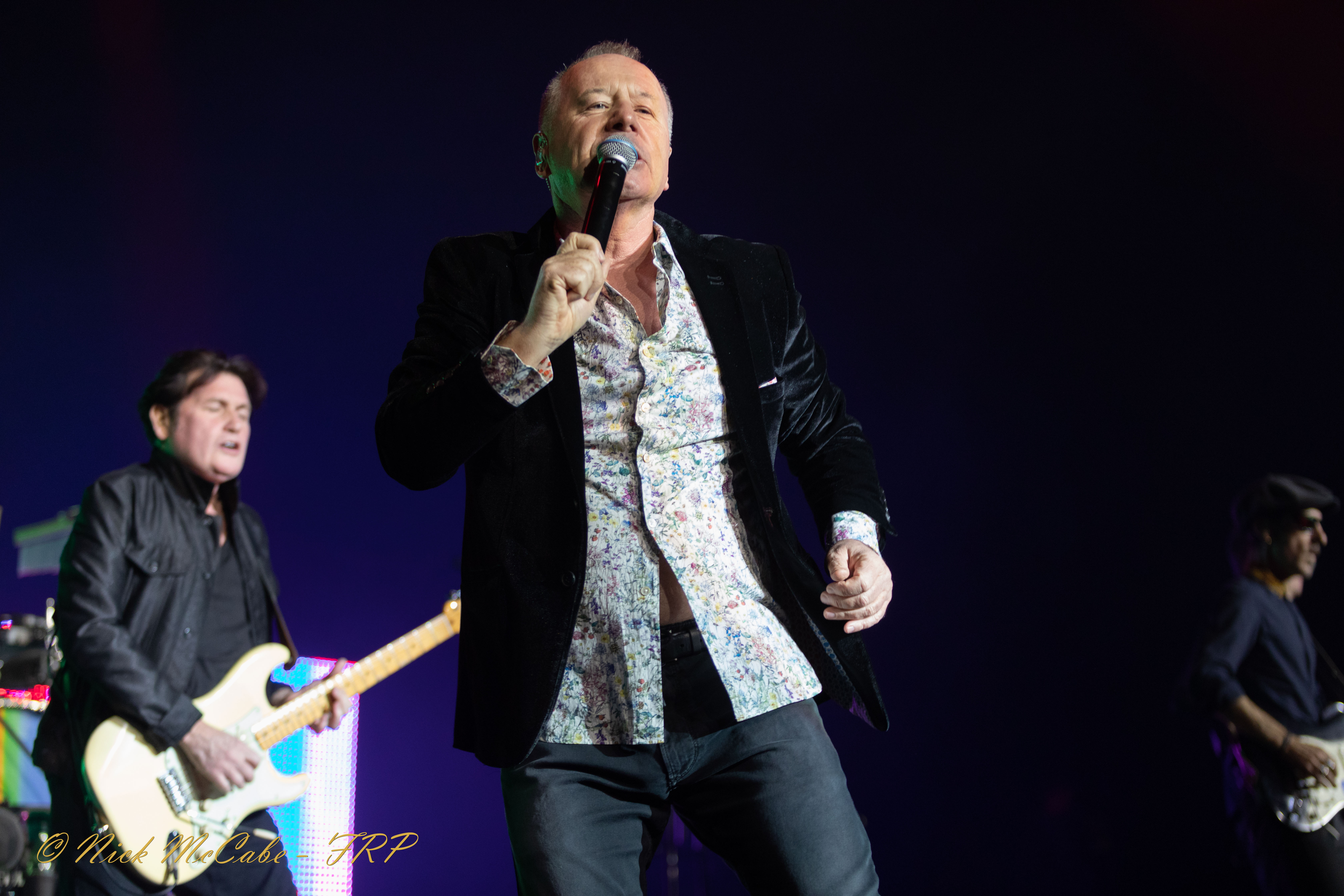 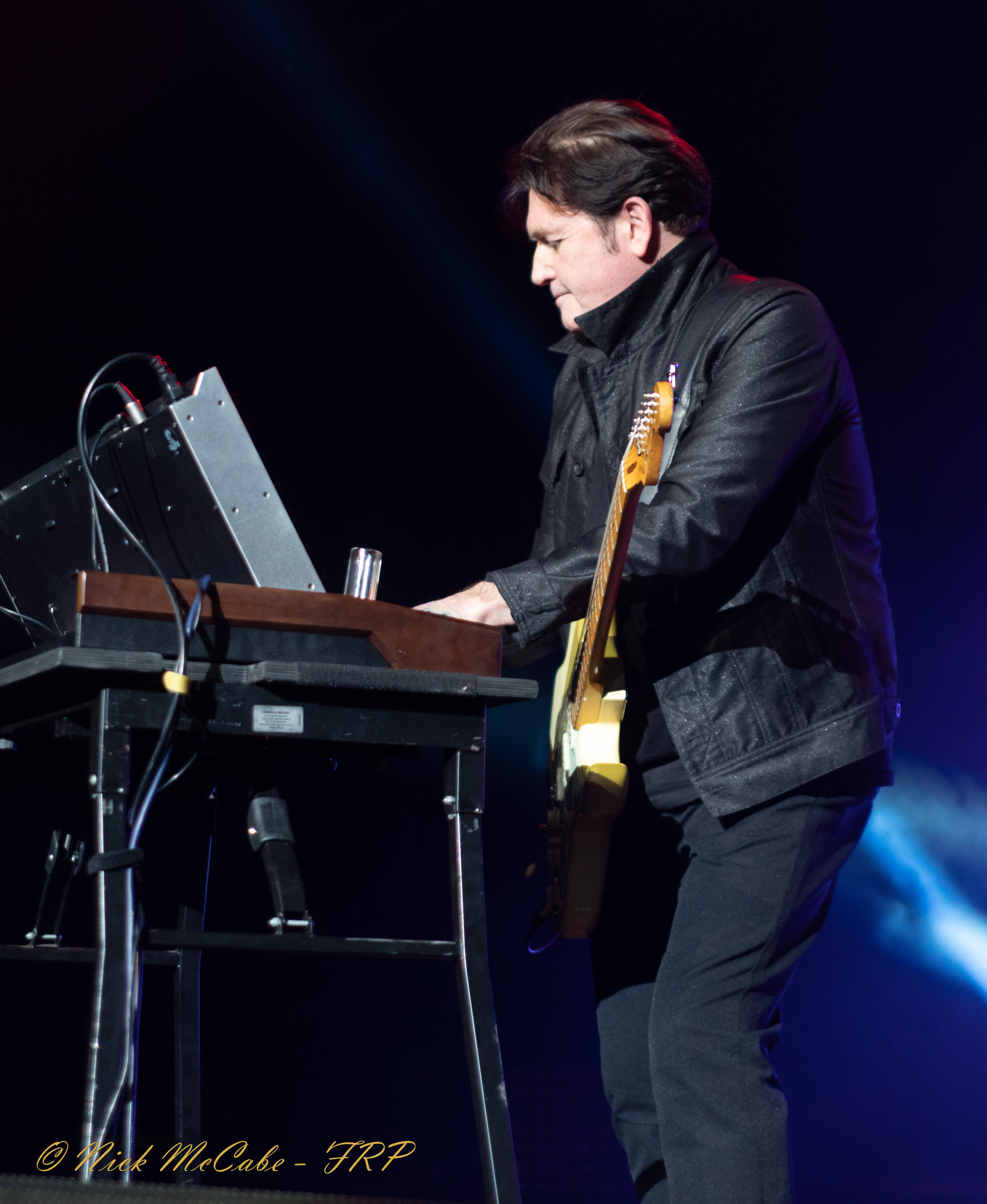 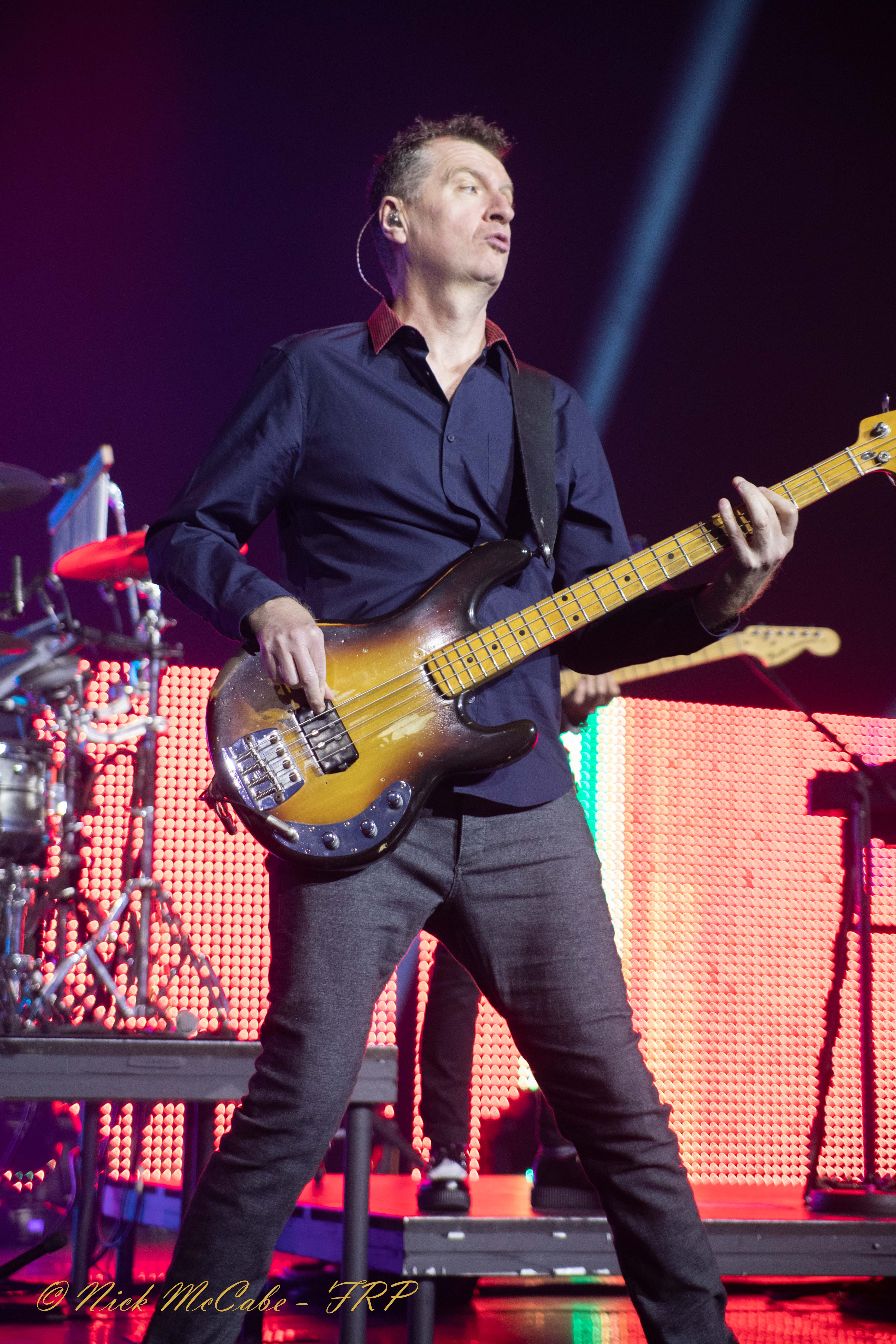 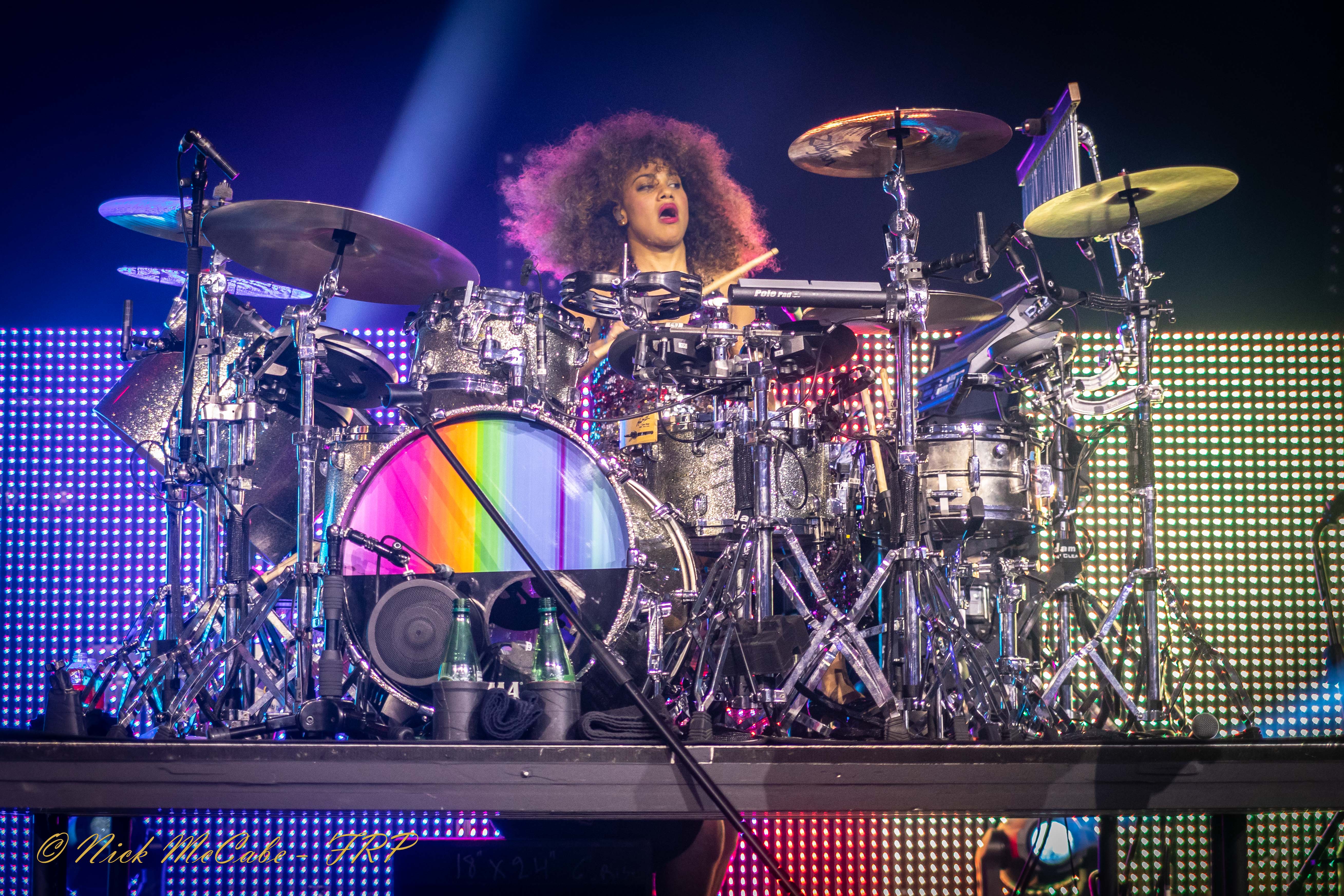 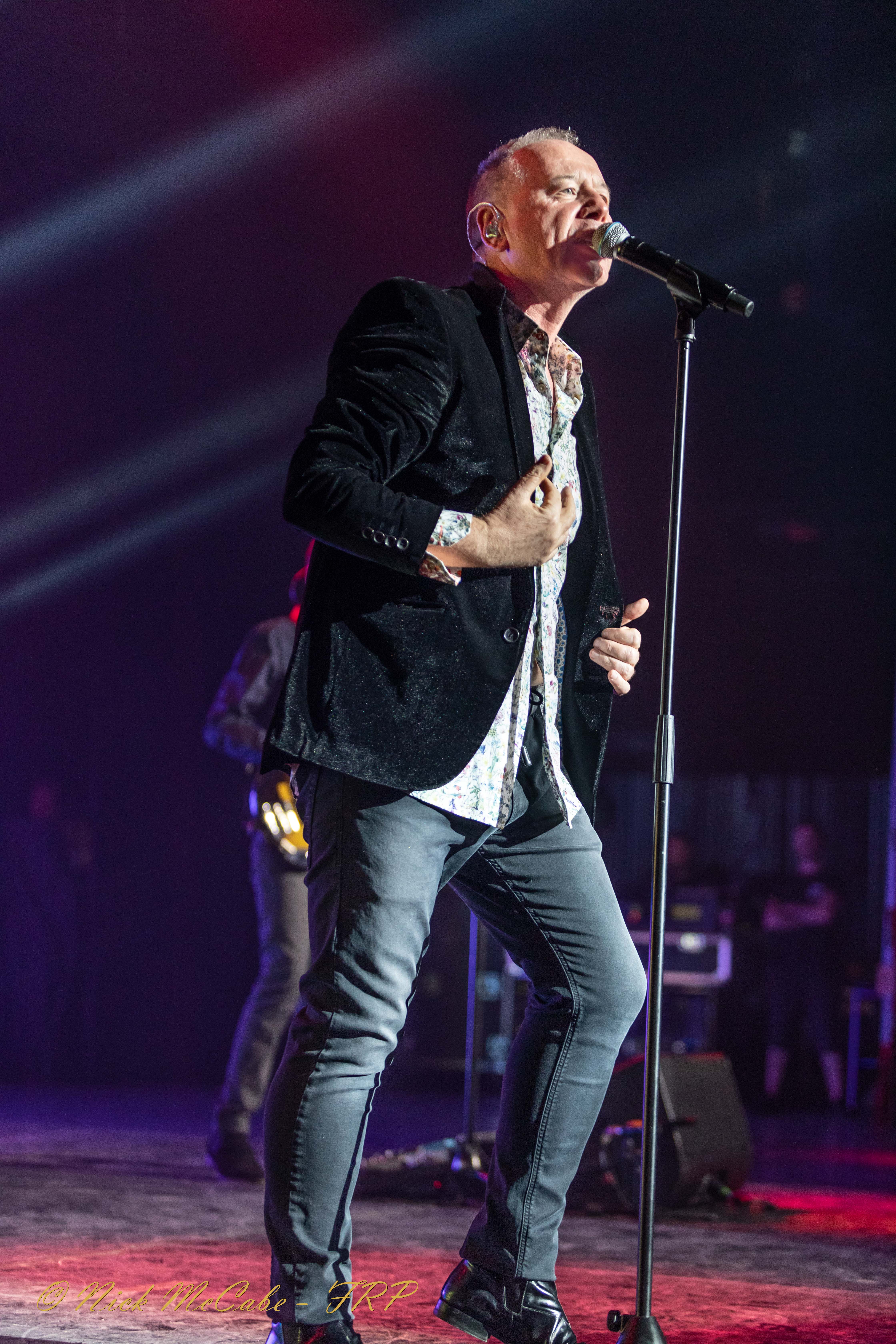 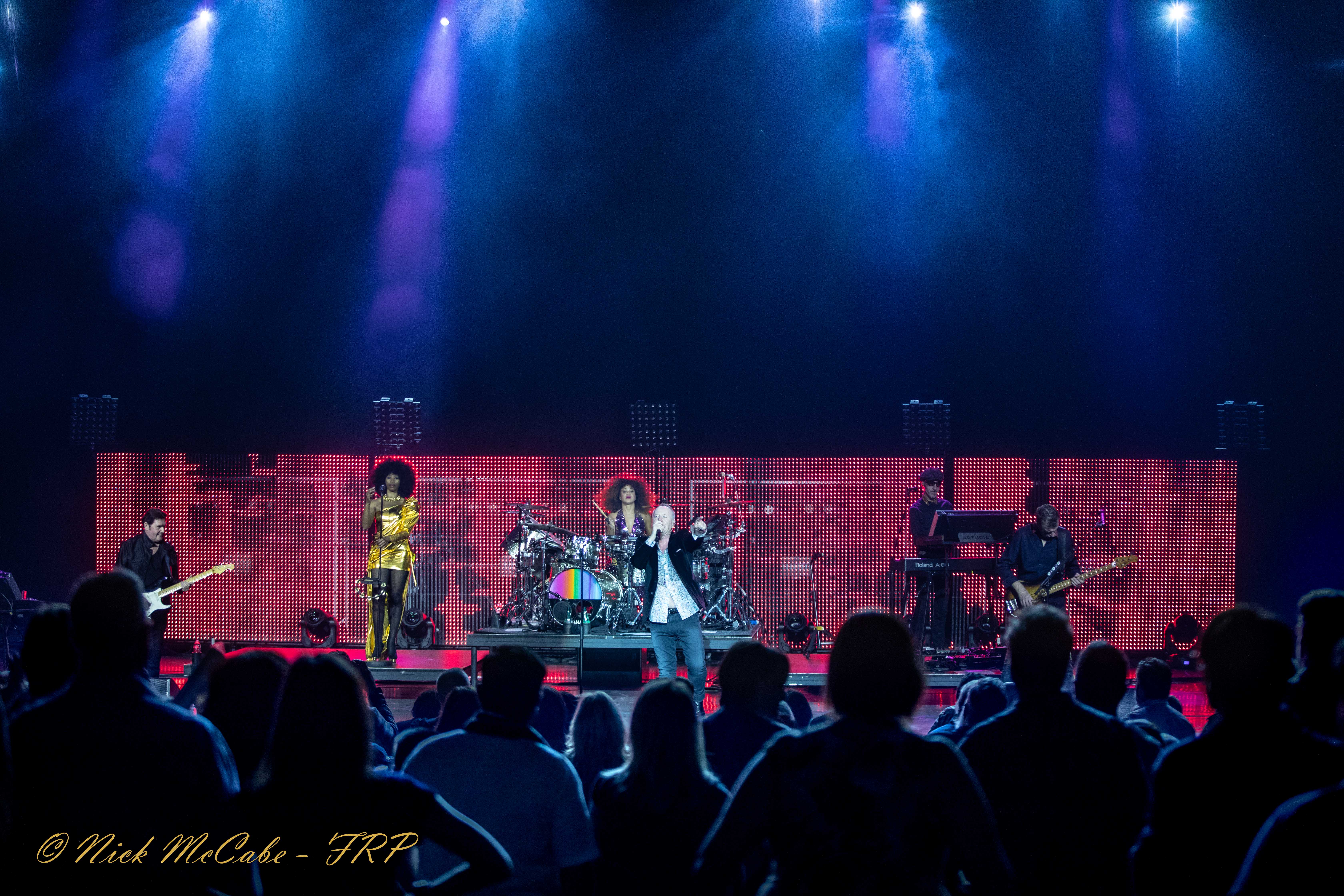 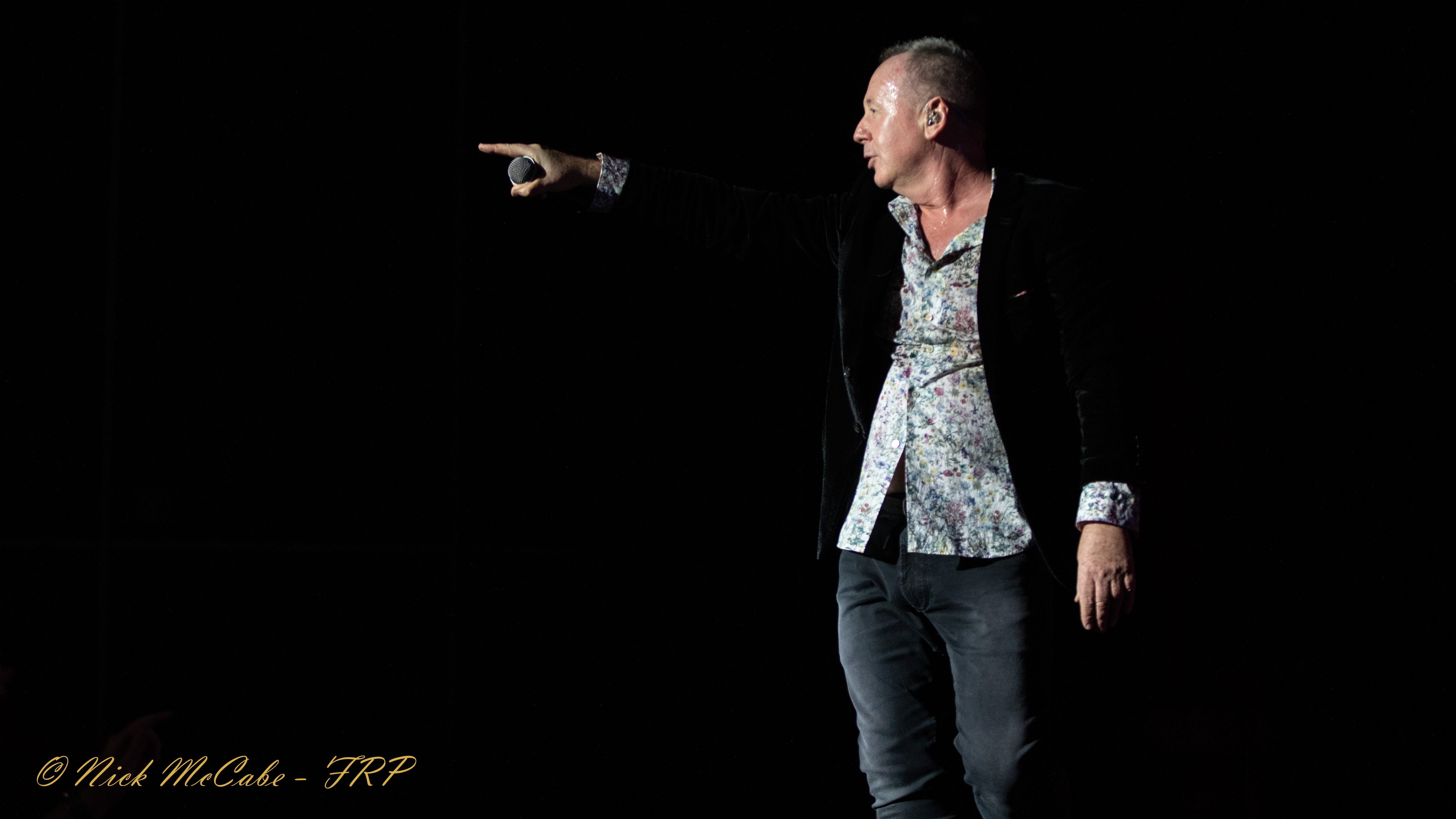 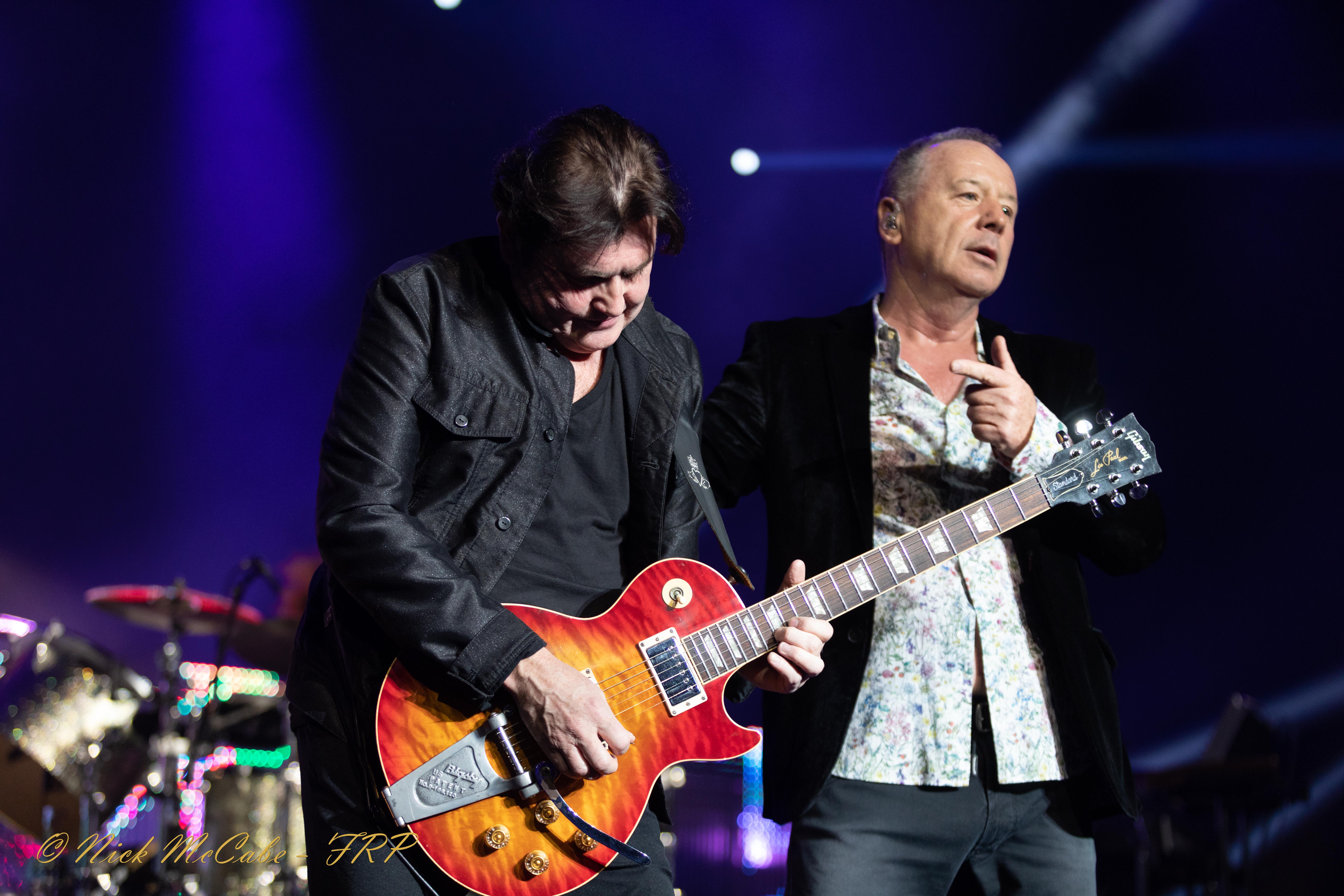 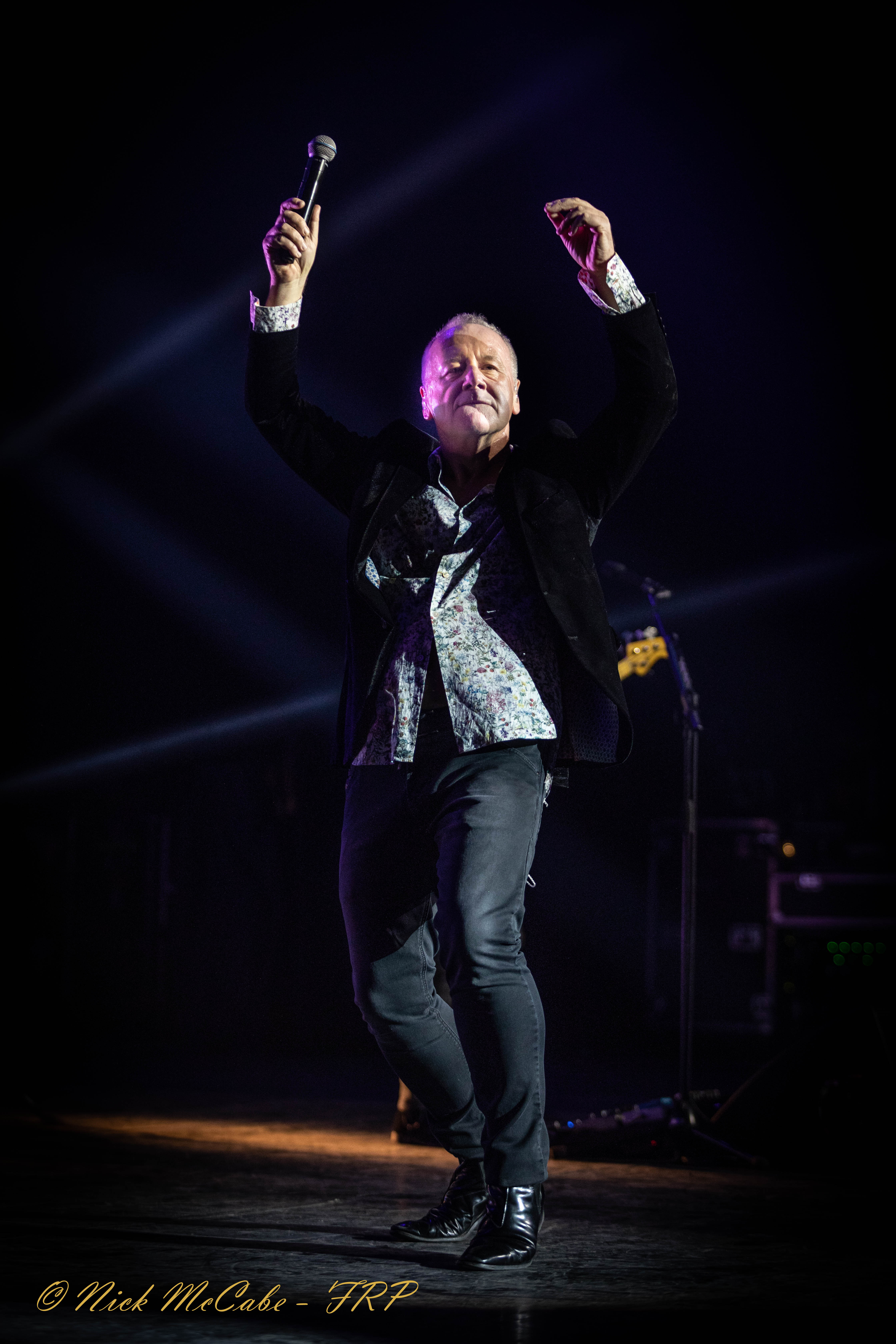