From The Right: Meet Kim Meyer For Sheriff (Opinion) 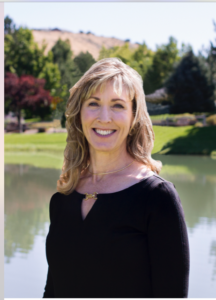 In April I had a chance to speak with Kim Meyer, a candidate for Washoe County Sheriff and one of seven in the race to replace outgoing Sheriff Chuck Allen.

In my conversation I had the pleasure of being joined during the interview with Mr. Duane Meyer (Kim’s husband). In my conversation we talked about her background, her campaign, and her deep insights and personal law enforcement experiences / perspectives, which I found to be very unique and enlightening to hear on a range of topics.

Kim is a 24-year veteran of the Washoe County Sheriff’s Office, a Reno resident for 40 years, and a graduate of the University of Nevada, Reno (criminal justice). Her law enforcement career spans from serving as a deputy sheriff in the detention division, detectives, courts, the patrol division, and she retired in 2016. Kim is a proud wife and a mother of two.

What got Kim to decide to run for Sheriff is after hearing about the state of affairs of the Washoe County Sheriff’s Office from former colleagues (after retirement).  She wanted to make a difference in the community and utilize her breadth of law enforcement experience to help keep the community safer.

Kim also feels that human/sex trafficking, sexual exploitation, and abuse are undeserved areas of law enforcement by WCSO. At the time of the interview several federal law enforcement agencies (led by the Department of Justice), FBI, US Postal Inspector Service, and the IRS had just shut-down and seized “Backpage.com.”

The prominent online classified advertisement website was known for being an open sex/human trafficking marketplace. This event further punctuated Kim’s point about the need to focus on this area of law enforcement locally.

Kim would like to better improve the means of investigation in this area to avoid impacting already traumatized victims. She feels that to combat this area of crime in the Washoe County area is a major goal or effort to bring public awareness to that area.

The goal would be to educate the public and WCSO officers on what the problems are, and then treating victims as people, who have been through very dramatic situations, so we can better extract information and prosecute those who forcibly engage in sex trafficking and sexual exploitation.

She also believes her career experience and background gives her a firsthand and on-the-ground view about major issues that plague and challenge the community that allows her to understand community issues better than her opponents.

Kim’s plan is to focus on having and executing a good practical strategy, knocking on doors, and focusing a grassroots effort. She also wanted to highlight that her biggest supporters are her family, namely her husband and a retired WCSO Captain Duane Meyer (a WCSO deputy of 29 years), who has been by her side throughout the campaign.

Throughout the campaign I have personally observed wherever Kim is, Duane isn’t far away helping put signs up, talking to potential voters, and helping support Kim every step of the way. For someone who has seen a lot a campaigns in my time, it is a very unique and heartwarming approach to a campaign.

To find out more about Kim Meyer and her campaign check out her campaign website at: http://kimmeyerforsheriff.com/.

From the Left – Heidi Howe for Sheriff (Opinion)