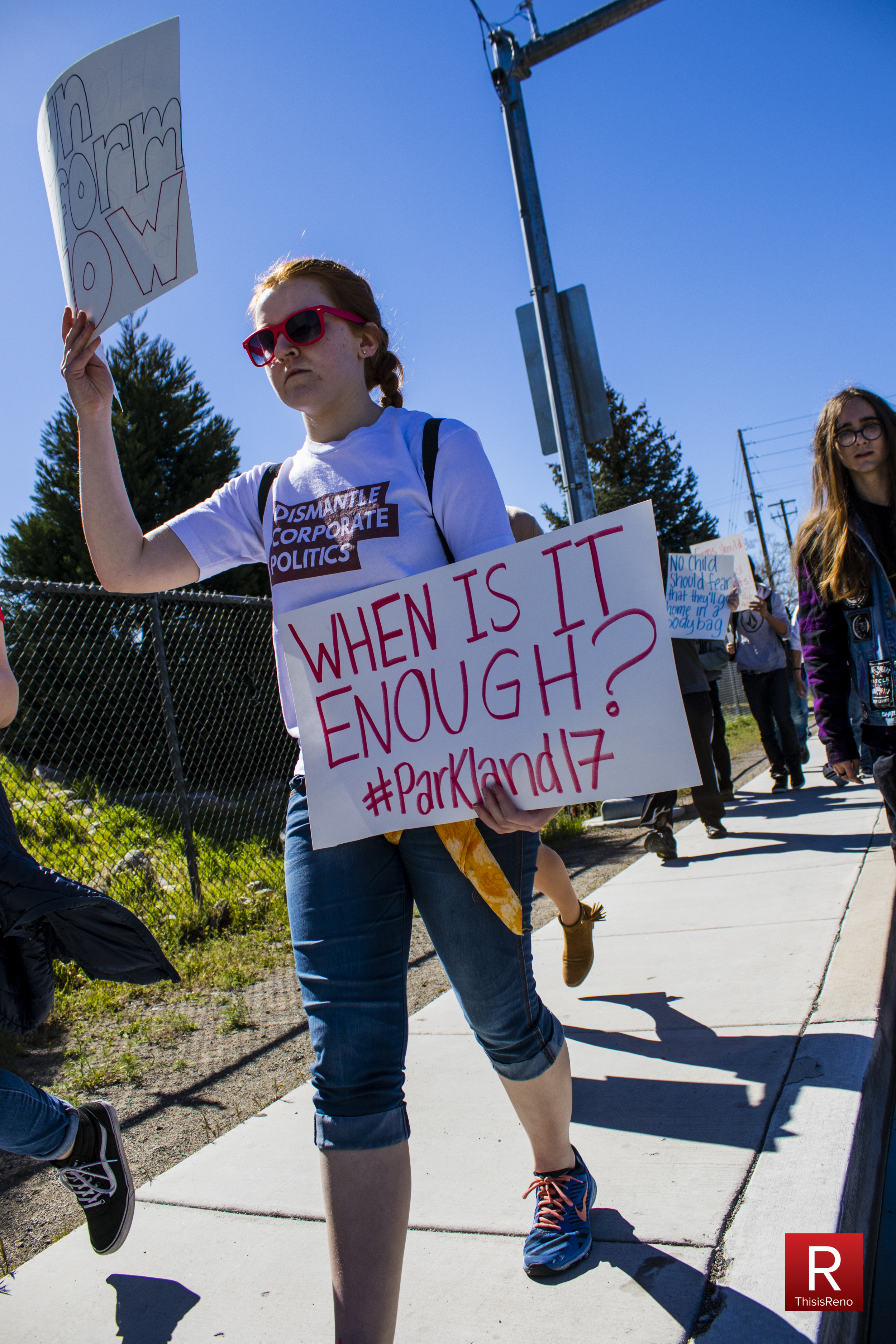 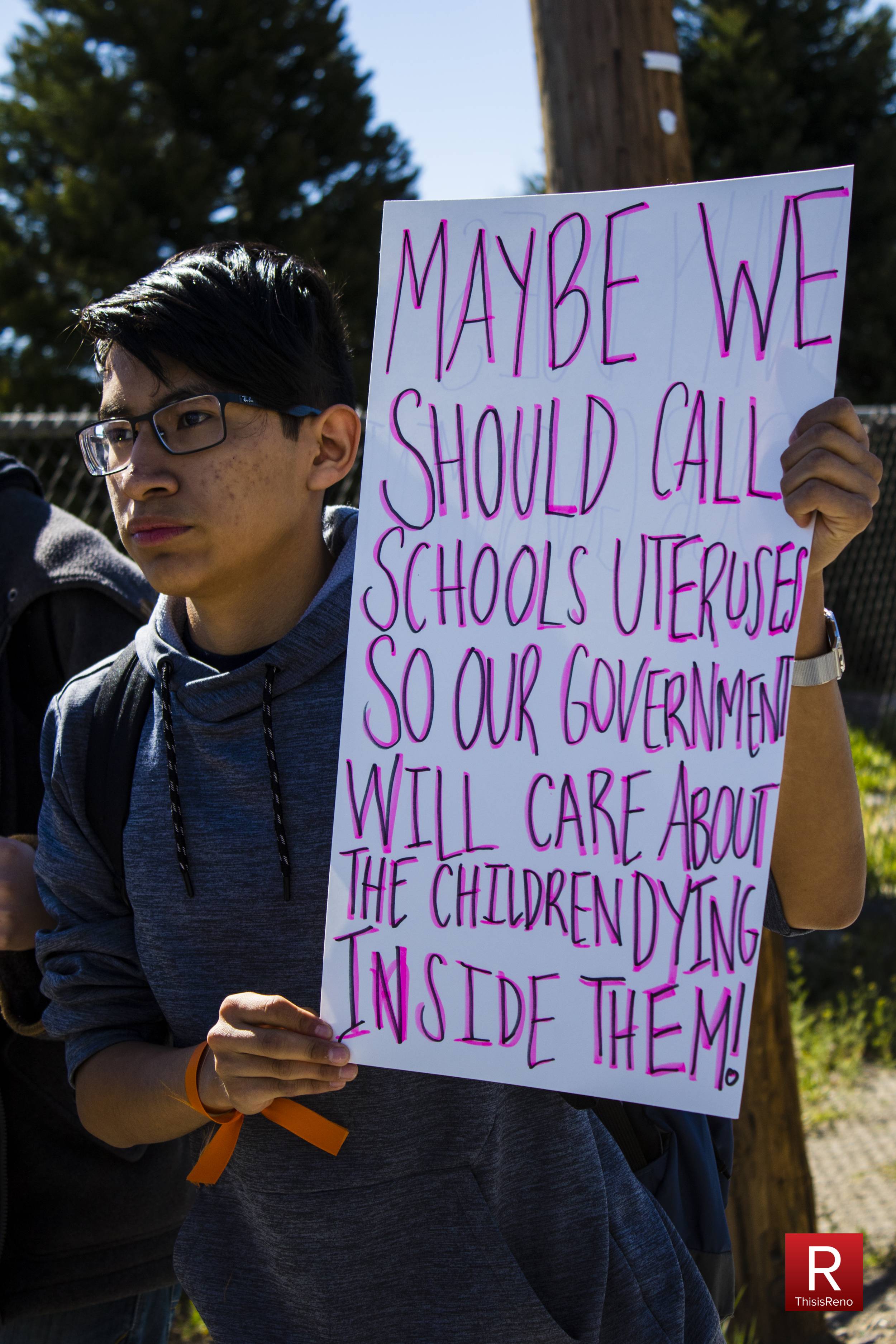 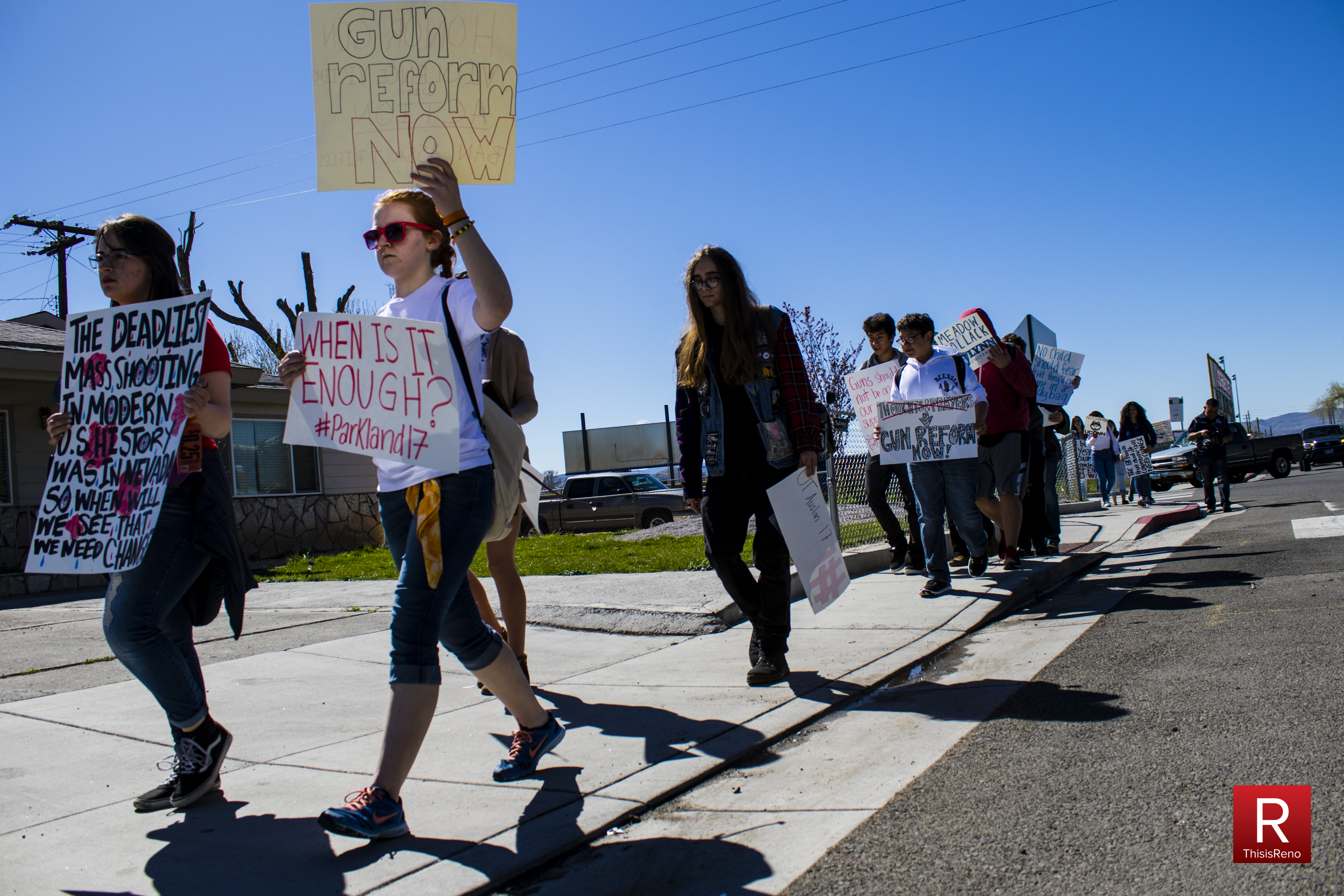 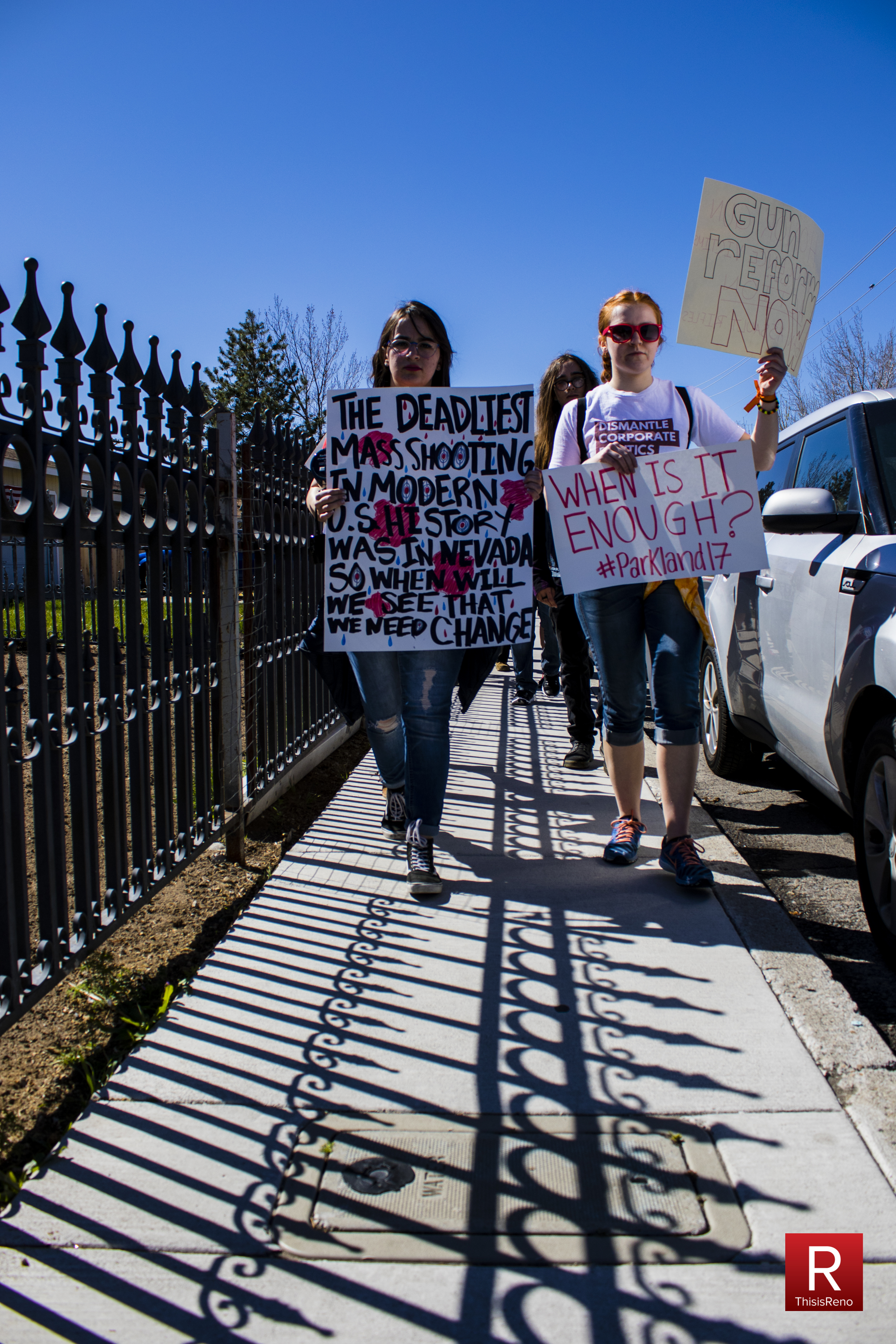 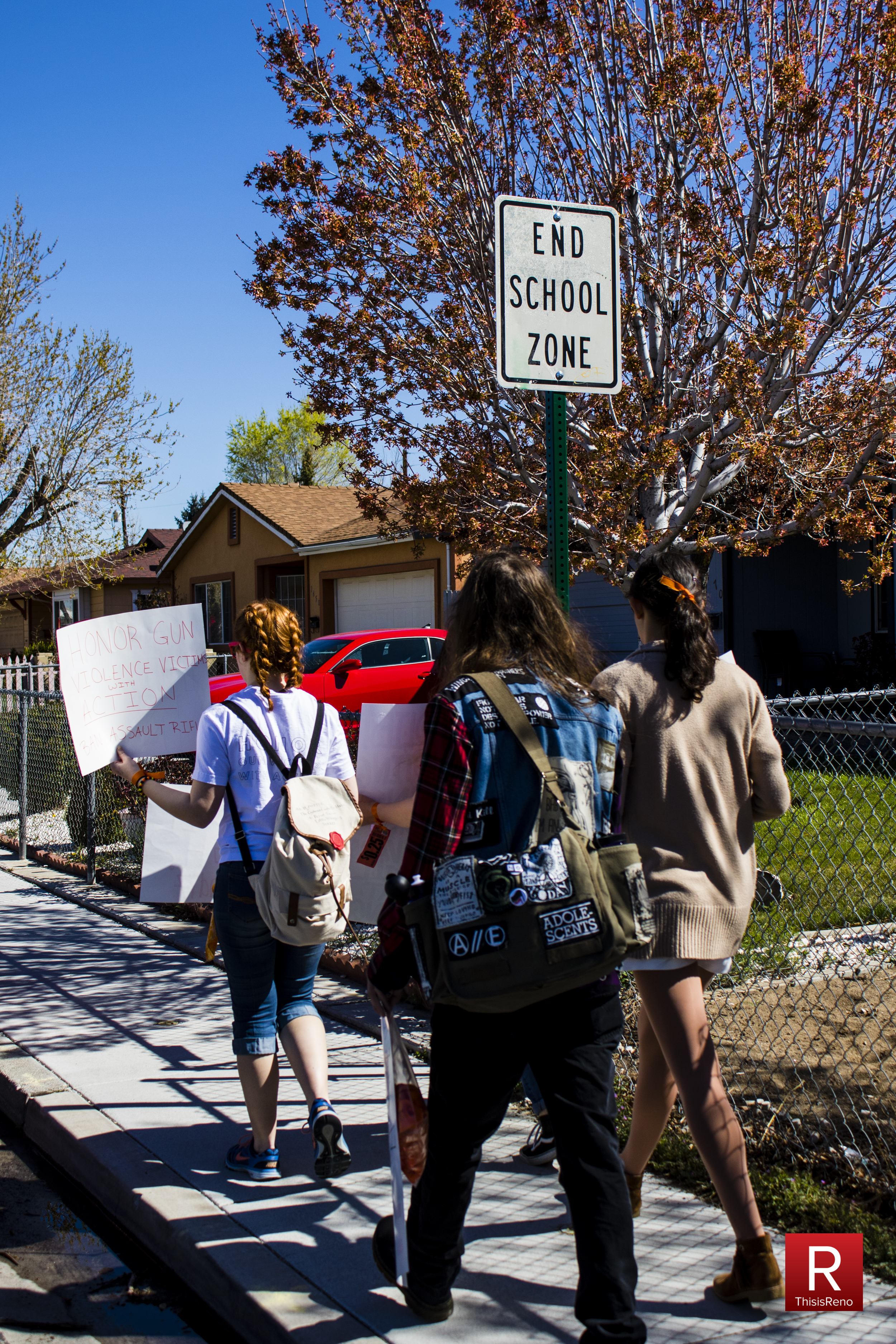 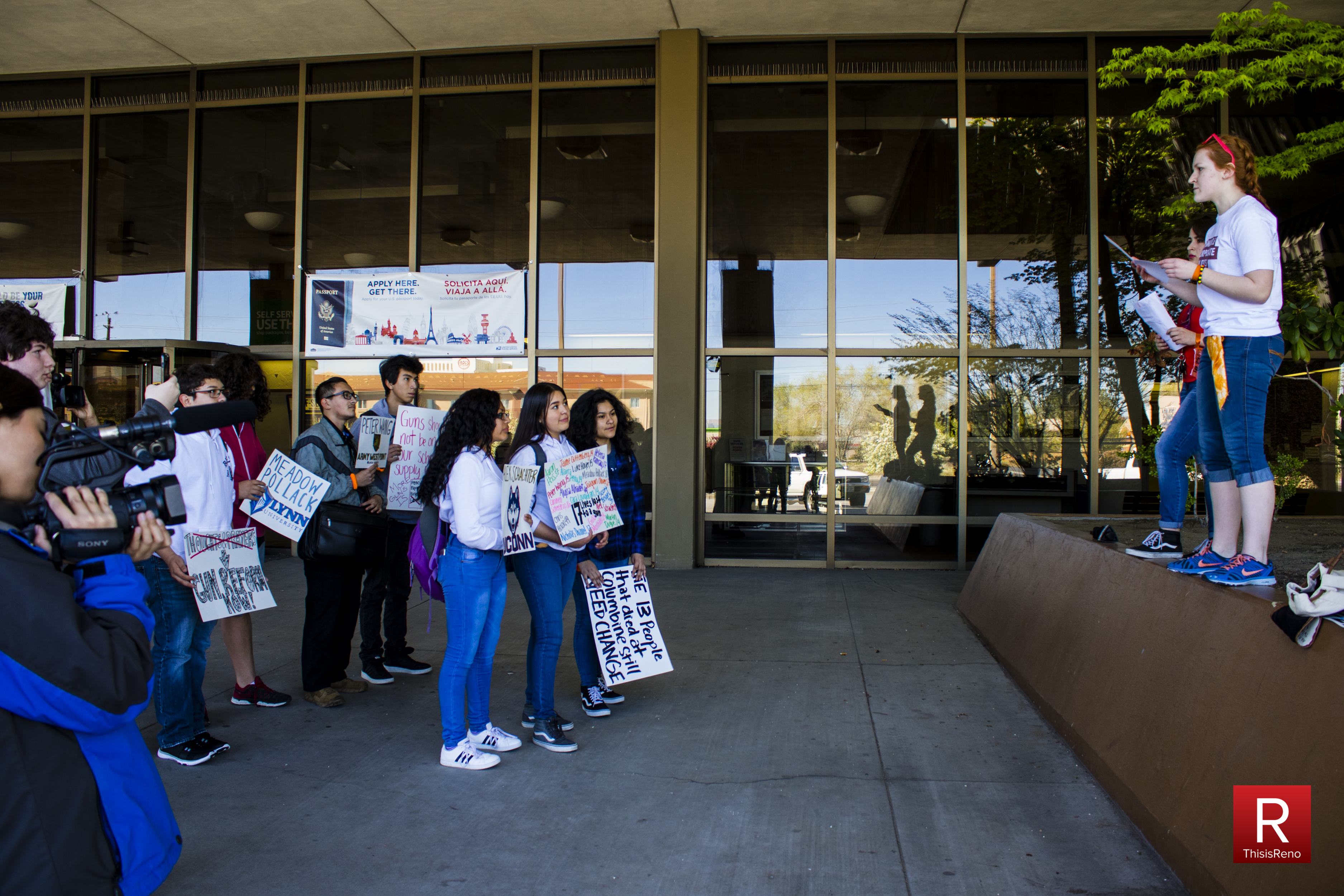 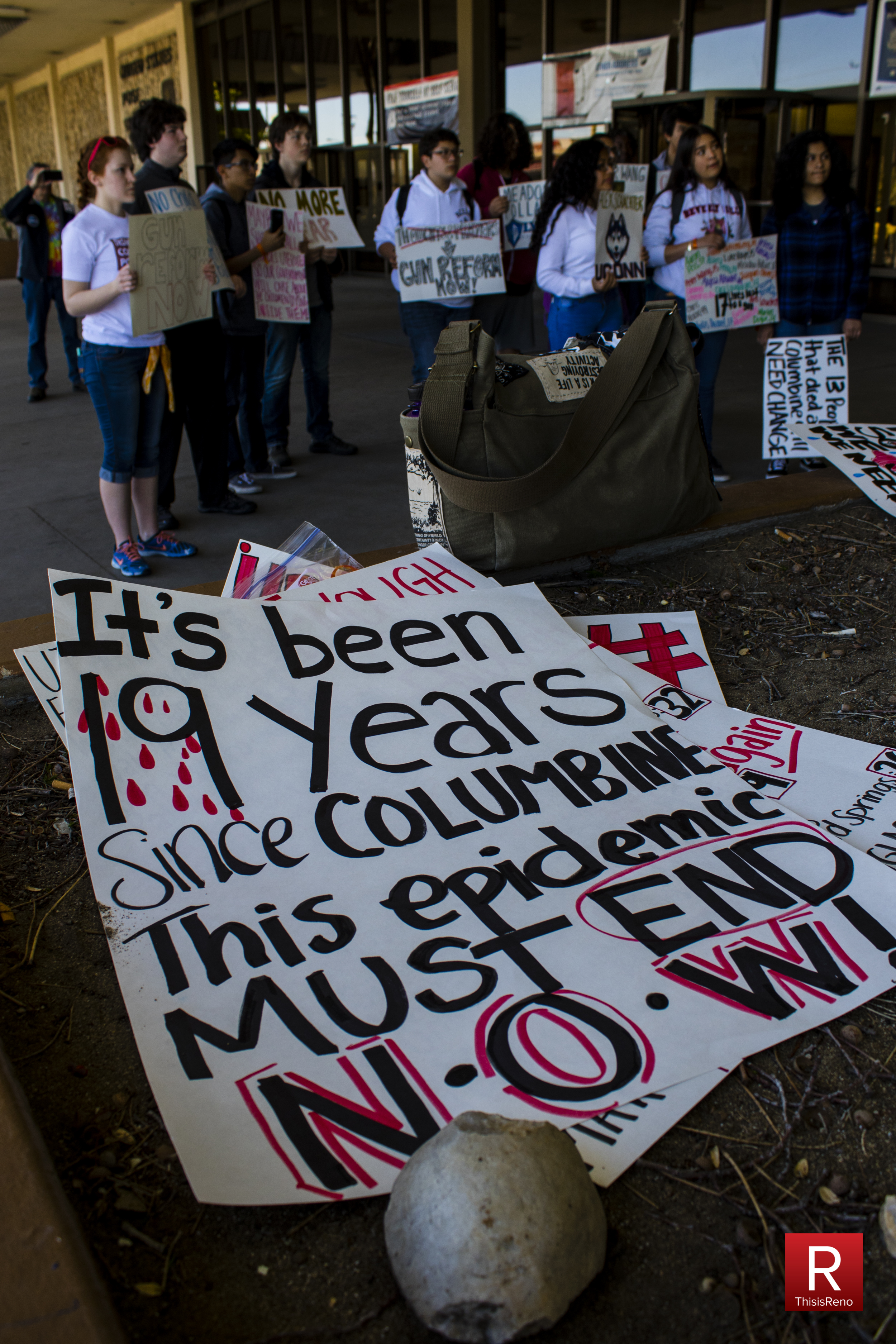 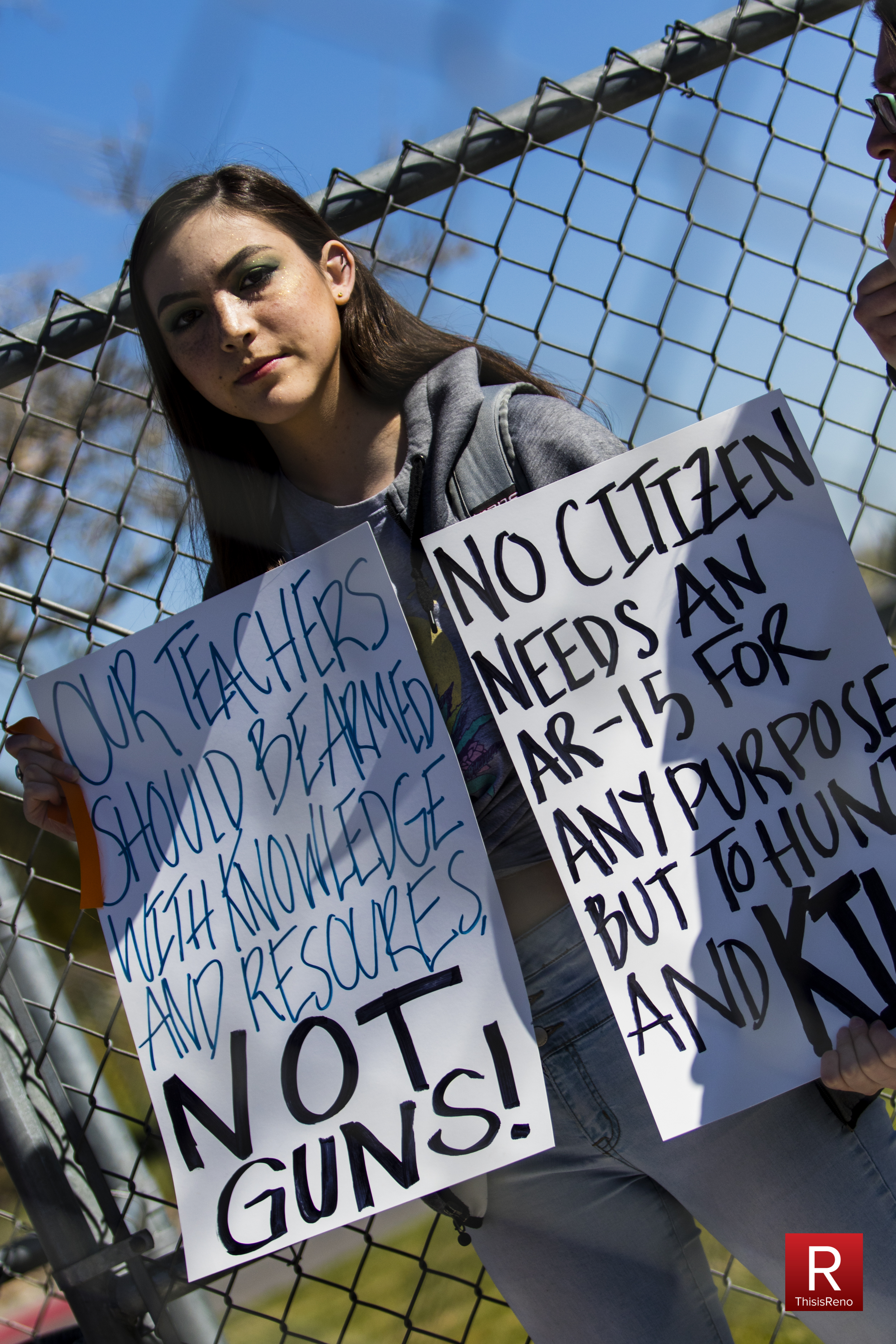 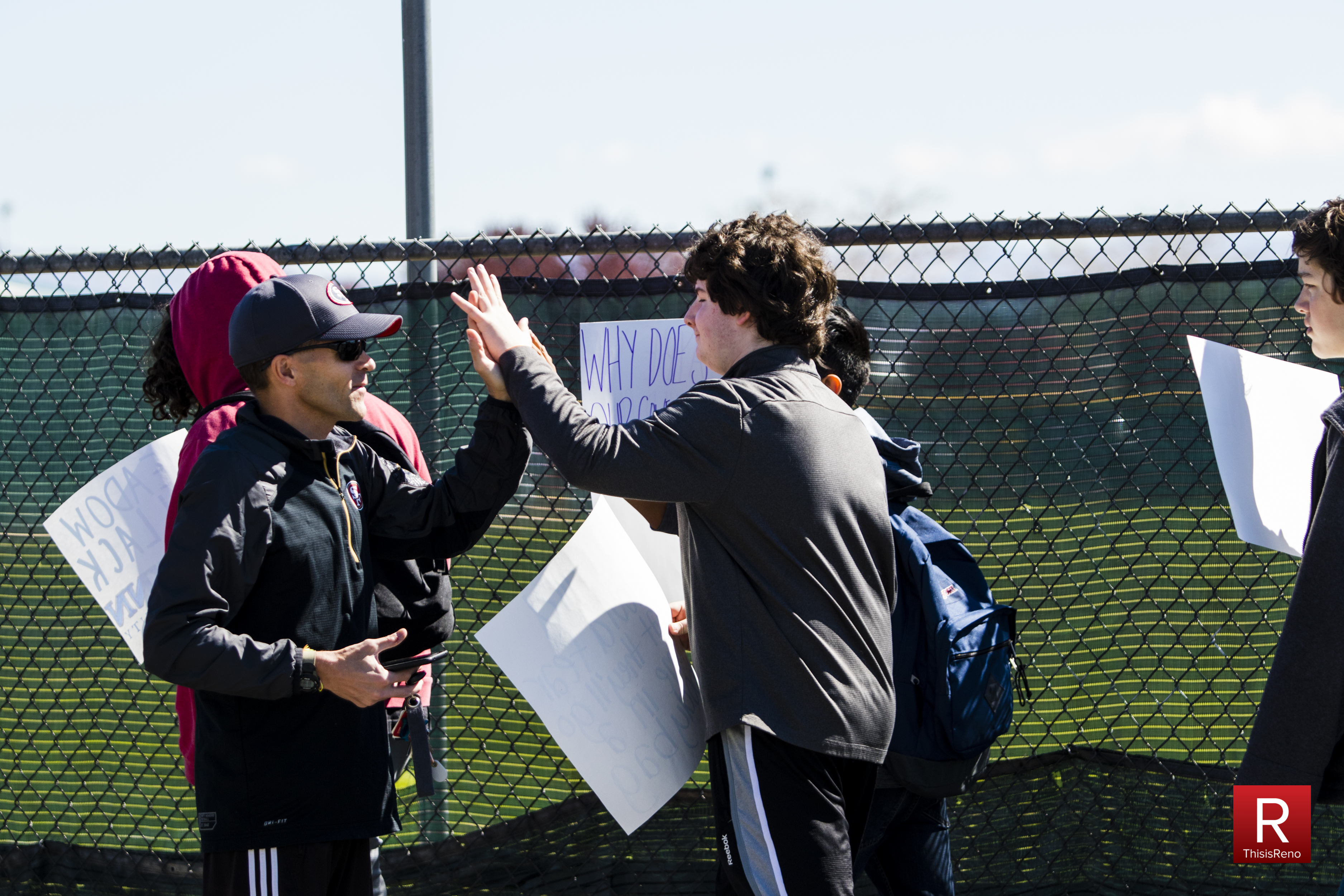 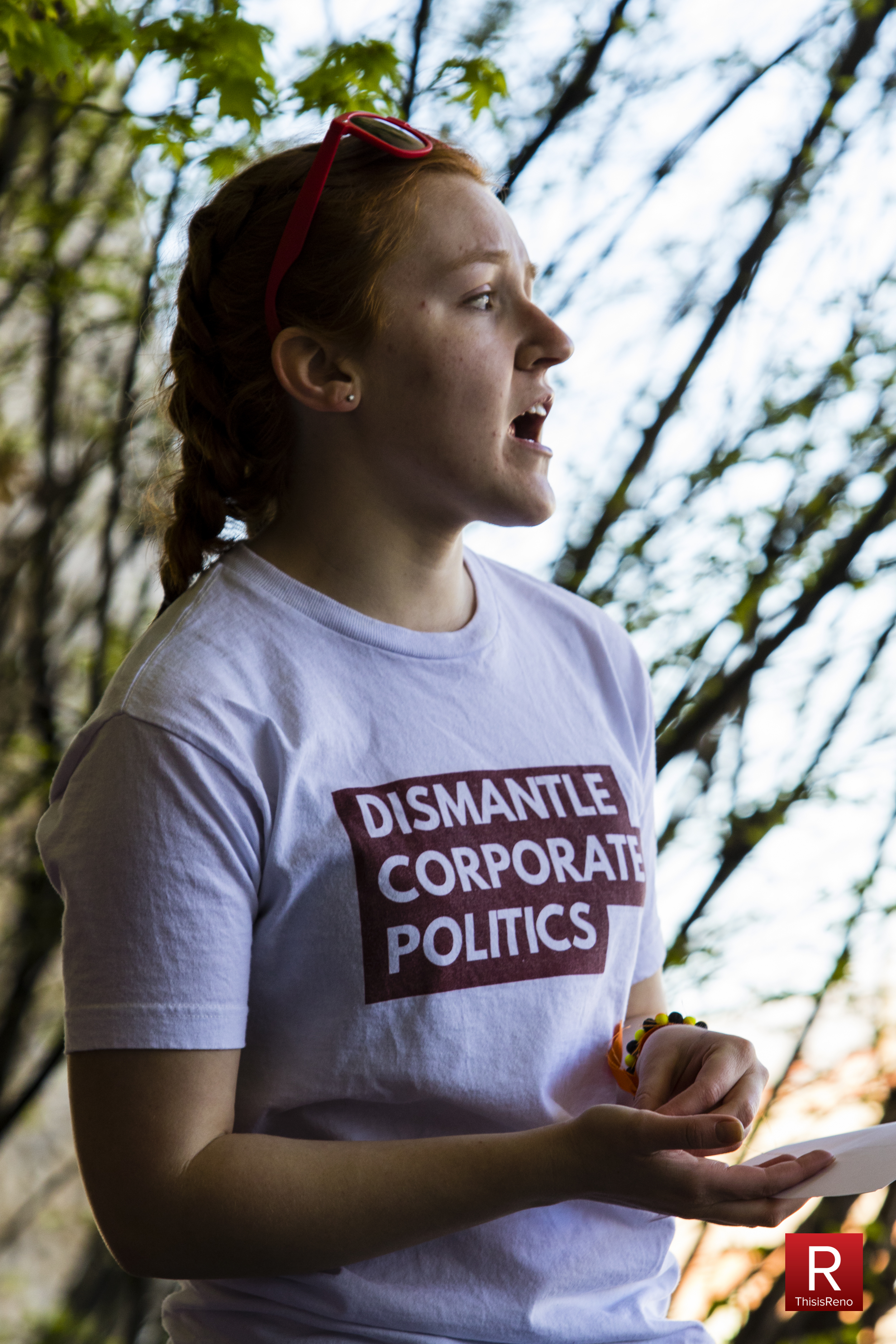 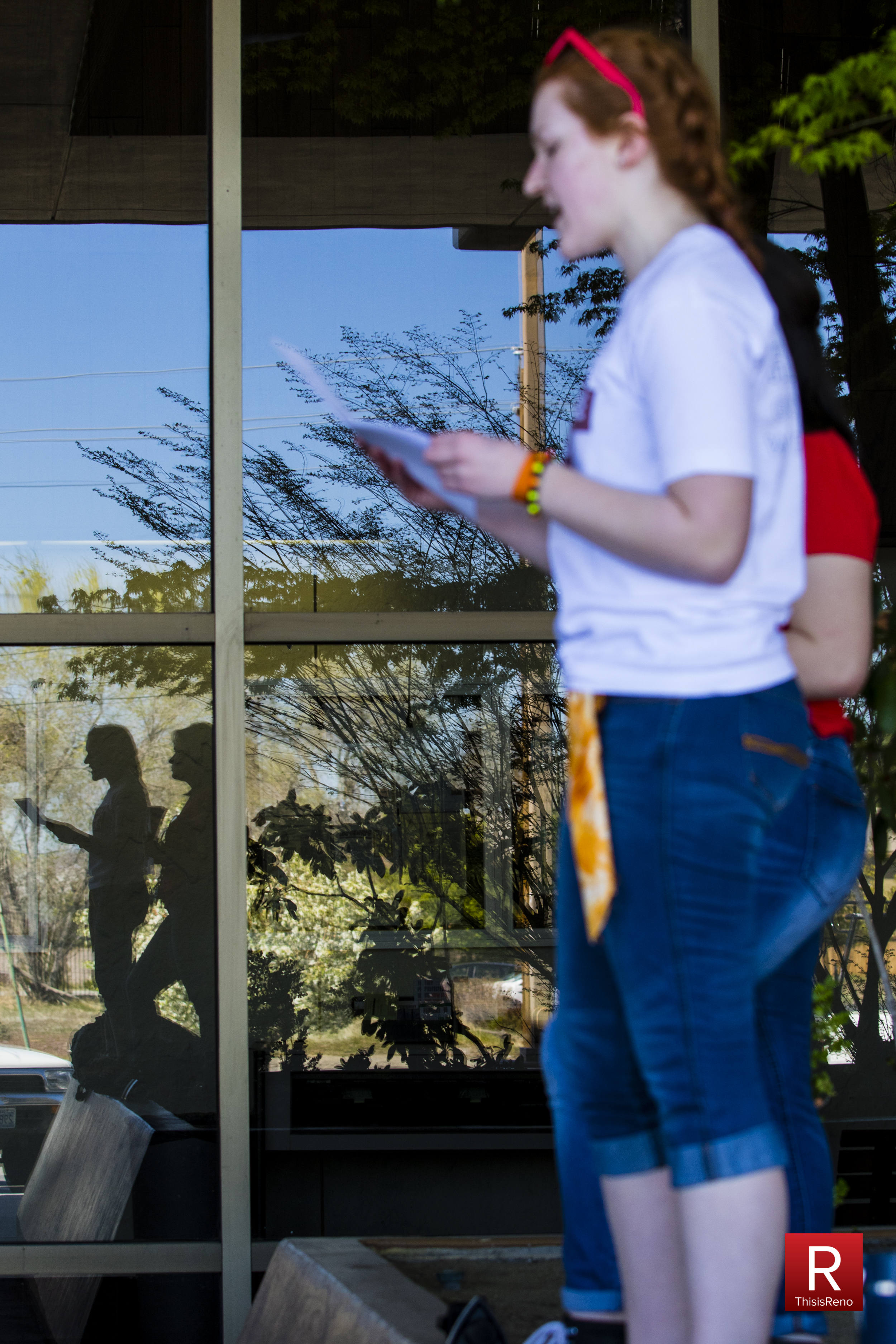 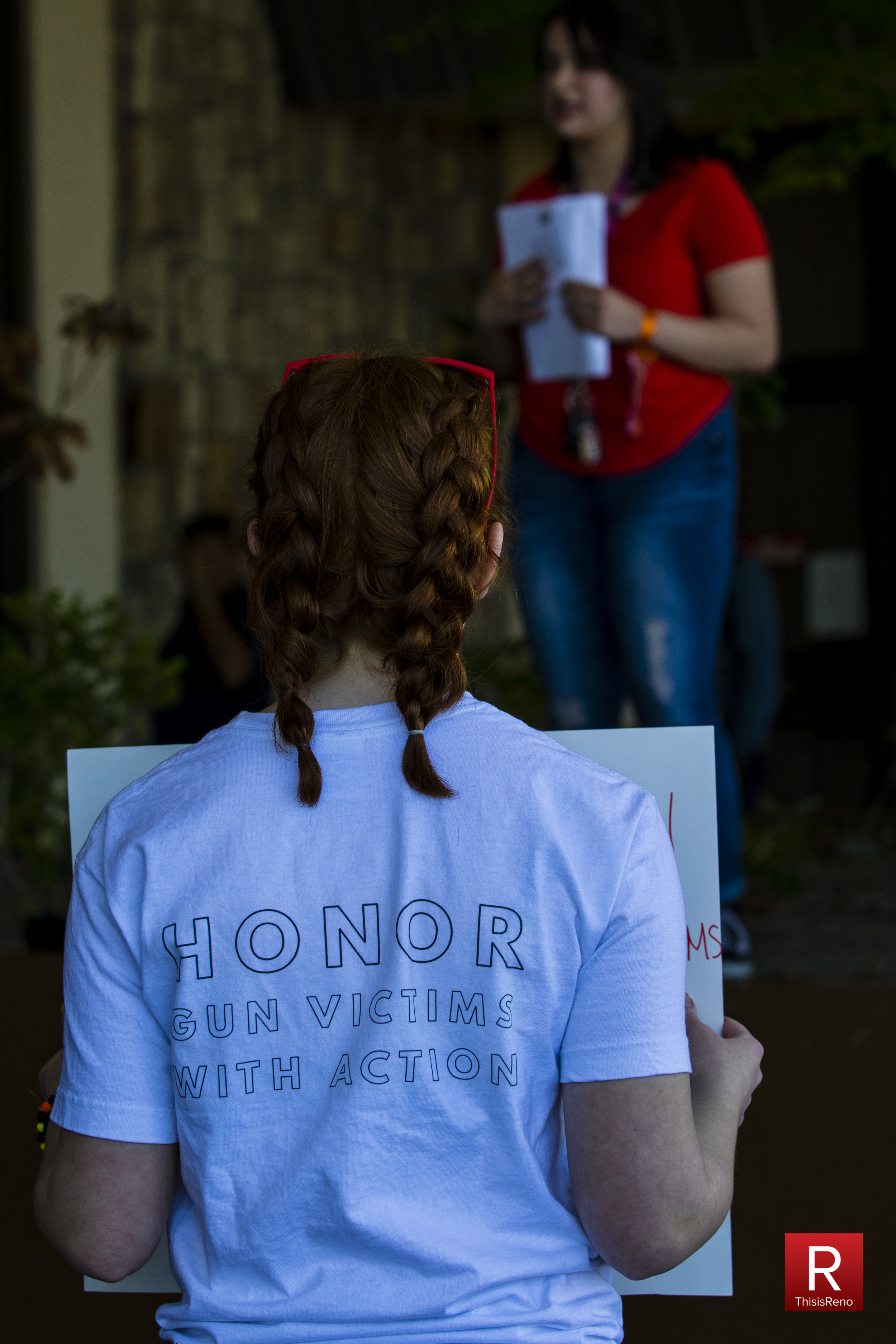 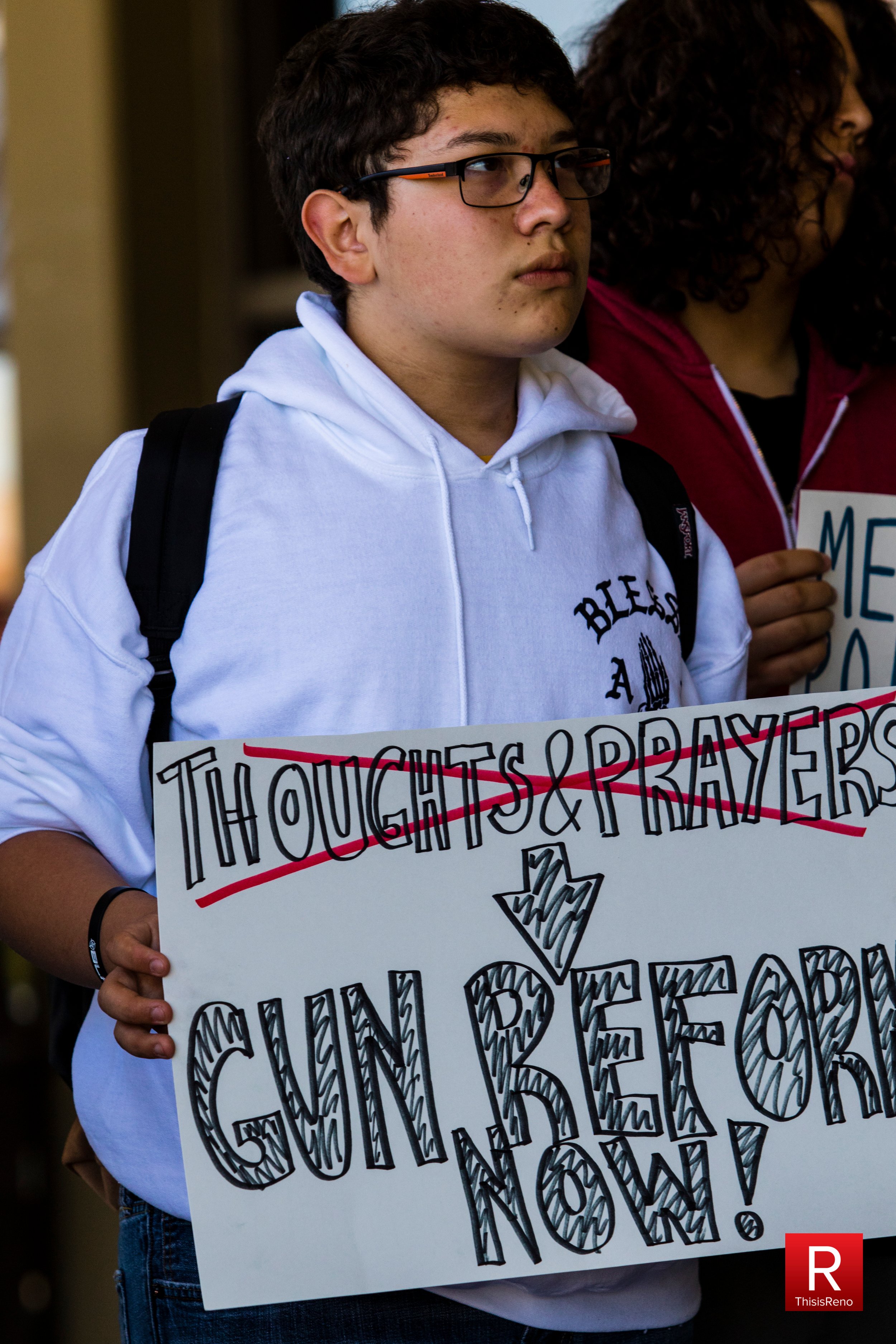 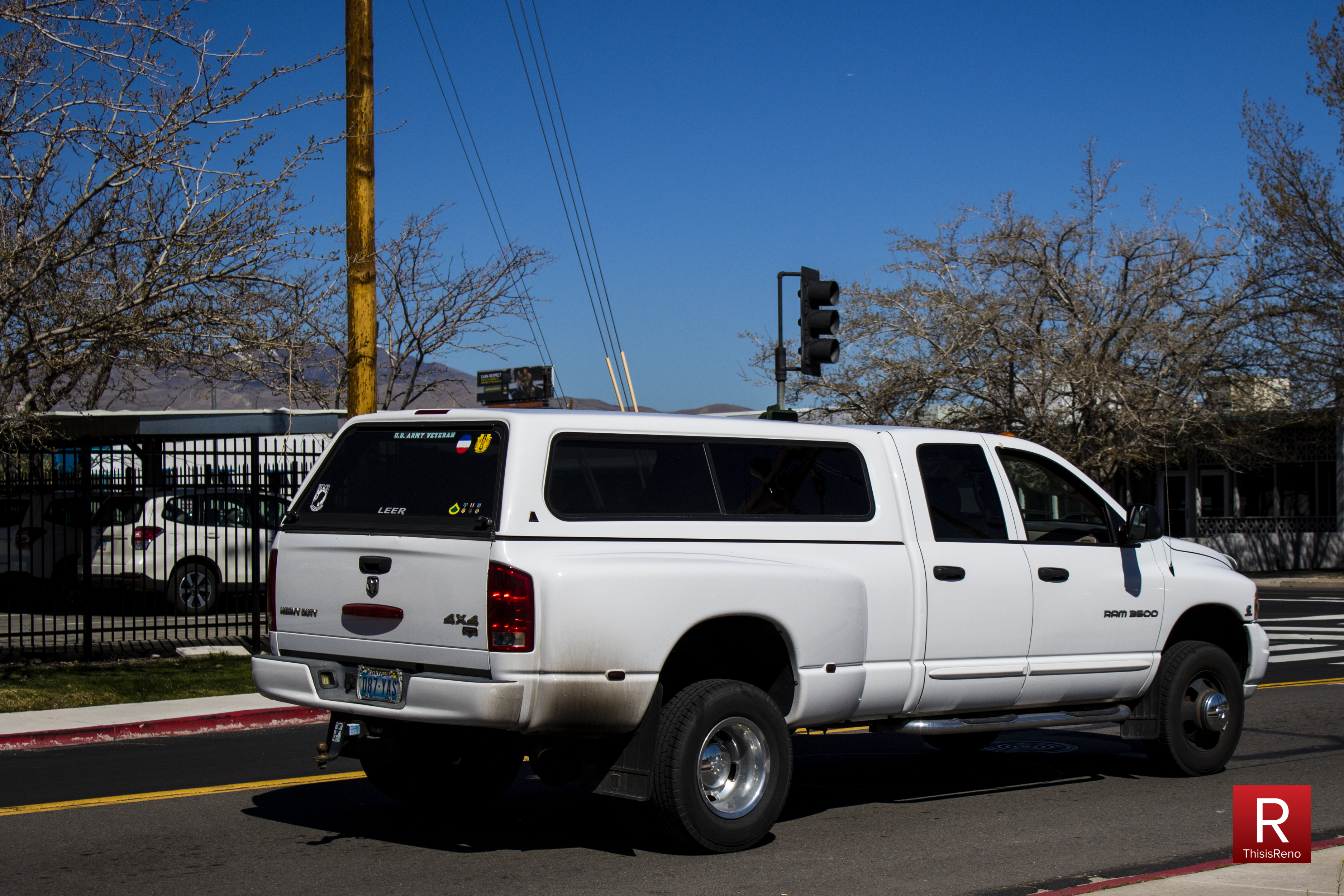 A small but vigilant group of Wooster High School students marched Friday, April 20 to mark the 19th anniversary of the 1999 Columbine High School massacre that left 12 students and one teacher dead.

While the number students that marched was significantly less than during the March 24 school walkout, those that participated were dedicated to the cause of gun safety legislation. Each participant carried their own sign, if not two signs. Based on their conversations, they had clearly put effort into understanding the bigger picture of gun control and politics. 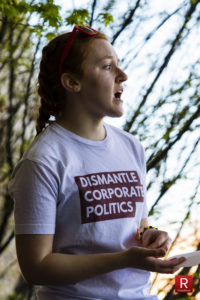 During the march from school grounds to the nearby post office the marchers received honks of support from some motorists, but one vehicle pulled to the side to confront the group. An older gentleman rolled his window down and said something along the lines of, “don’t protest guns when guns are what protect your rights,” though it was somewhat difficult to hear over the noise from his vehicle. Many in the march did not notice or simply disregarded comment.

After arriving at the post office speakers took to a cement planter to speak to the crowd and passersby. Olivia Chavez wore a 25-cent price tag on her wrist. She explained that if you add up the amount of money given to Sen. Dean Heller (R) by the NRA and divide that by the number of students in Nevada, in her words, each students’ life is only worth 25 cents.

While speakers stated multiple times that they were not seeking to take away guns, they added that US citizens have no use for AR-15’s. The Second Amendment was criticized as an antiquated right by one student, explaining that firearms have changed beyond the scope of the firearms developed at the time of the drafting of the Bill of Rights.

While the NRA and white men were verbally denounced by speakers, the majority of anger was focused on the government, both state and federal. For instance, both the Las Vegas Harvest Festival shooter and the Marjory Stoneman Douglas High School shooter were able to purchase the AR-15’s they used legally.