Home > Featured > The NRA and The Big Lie (Opinion)
Featured 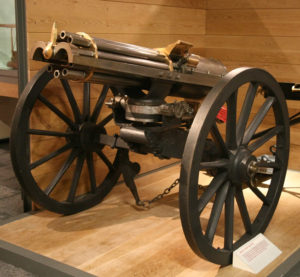 This article is in rebuttal to Glenn Hutt’s [recent comments] regarding the gun control debate. Mr. Hutt stated “Mr. Mulligan, you try to imply there is a debate, discussion, etc. when the fact is, it is already plainly stated in the Second Amendment. Have you ever actually read the U.S. Constitution?” My response to Mr. Hutt’s condescending nonsense is, “Have you ever read the Second Amendment?”

The National Rifle Association’s (NRA) propaganda efforts center around the concept that the Second Amendment gives them an absolute “right” to own any weapons they want, plus any ammunition or accessories that go along with those weapons. All attempts at regulation are deemed “unconstitutional” and therefore prohibited. Let’s just call this the “Big Lie.”

You can see for yourself that it’s a huge lie simply by examining the Second Amendment:

“A well regulated Militia, being necessary to the security of a free State, the right of the people to keep and bear Arms, shall not be infringed.”

It’s there in black and white. The second and third words of the Second Amendment are “well regulated.” The Founding Fathers didn’t relegate that concept to the end of the amendment, they put it right up front! They clearly saw the need for gun regulations, even though the invention of hand-held machine guns, thirty-shot clips, and “cop killer” bullets were all over a hundred years in the future.  (The Gatling gun was invented in 1861, but it’s really not a practical weapon to shoot up a school with.)

The NRA and its political lackeys like Glenn Hutt focus on “the right of the people to keep and bear Arms, shall not be infringed” part of the amendment while conveniently glossing over the “well regulated” part at the beginning.

“We the people” have every right to regulate the gun industry, in spite of their well-funded efforts to prevent any regulations that would infringe on their profits.

The next time you run across a right-wing fool ranting about his or her “right” to own an AR-15 like the one used to shoot up the high school in Parkland, Florida, simply refer them to their precious Second Amendment to prove they’re wrong.

Another part of the NRA’s Big Lie is that liberals want to take away all their guns. I’m certain there are those on the far left that would eliminate all guns from the world but that doesn’t reflect the opinion of the vast majority of those on the left. I own five guns myself!

We don’t care about your deer rifles, pistols and shotguns. We only want common sense regulations that would keep military-style weapons that were created solely for the purpose of killing large numbers of people as quickly as possible out.

The Gun Debate is Not Over (Opinion)