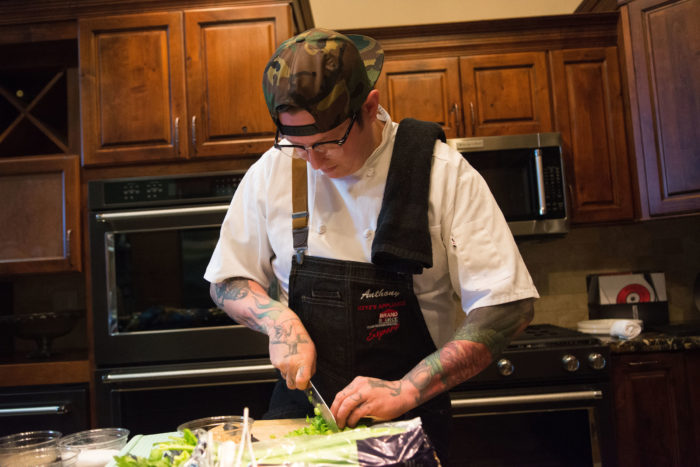 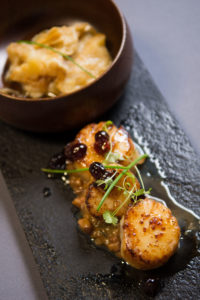 “This was pretty shocking,” said Ashworth. “To win against all these heavy hitters in my first year was very exciting.” He is the head chef at Liberty Food & Wine Exchange in downtown Reno and has been with Chef Mark Estee’s culinary group for several years.

Ashworth is originally from Charleston, West Virginia, attended culinary school at Drexel University in Philadelphia, and cooked in Philadelphia and New York before coming to NorthernNevada.

The Chef Showdown was held at Czyz’s Appliances and was sponsored by Sysco, Sierra Meats & Seafood. Two-time winner Christian Christensen of Süp won the Best Presentation category and 2016 winner Chef Josh Deri of Blend Catering won Best Use of Ingredients. But Ashworth’s dish collected the most overall points from the judges for the win.

Each chef was given a geographic region of the country and unique, surprise ingredients to create their dish, based on the Road Trip them of this year’s event.

Reno’s first and only restaurant week is now in its sixth year. Featuring over 20 restaurants throughout the city, Reno’s top chefs and restaurants participate in creating exciting prix fixe menus for patrons to enjoy during the week. The event culminates with the Chef Showdown—a head-to-head cooking challenge for bragging rights as the Showdown Champion. For more information, visit www.RenoBitesWeek.com.

Choose your own adventure at Liberty Food & Wine