PHOTOS: The Shins – Somewhere in the Middle 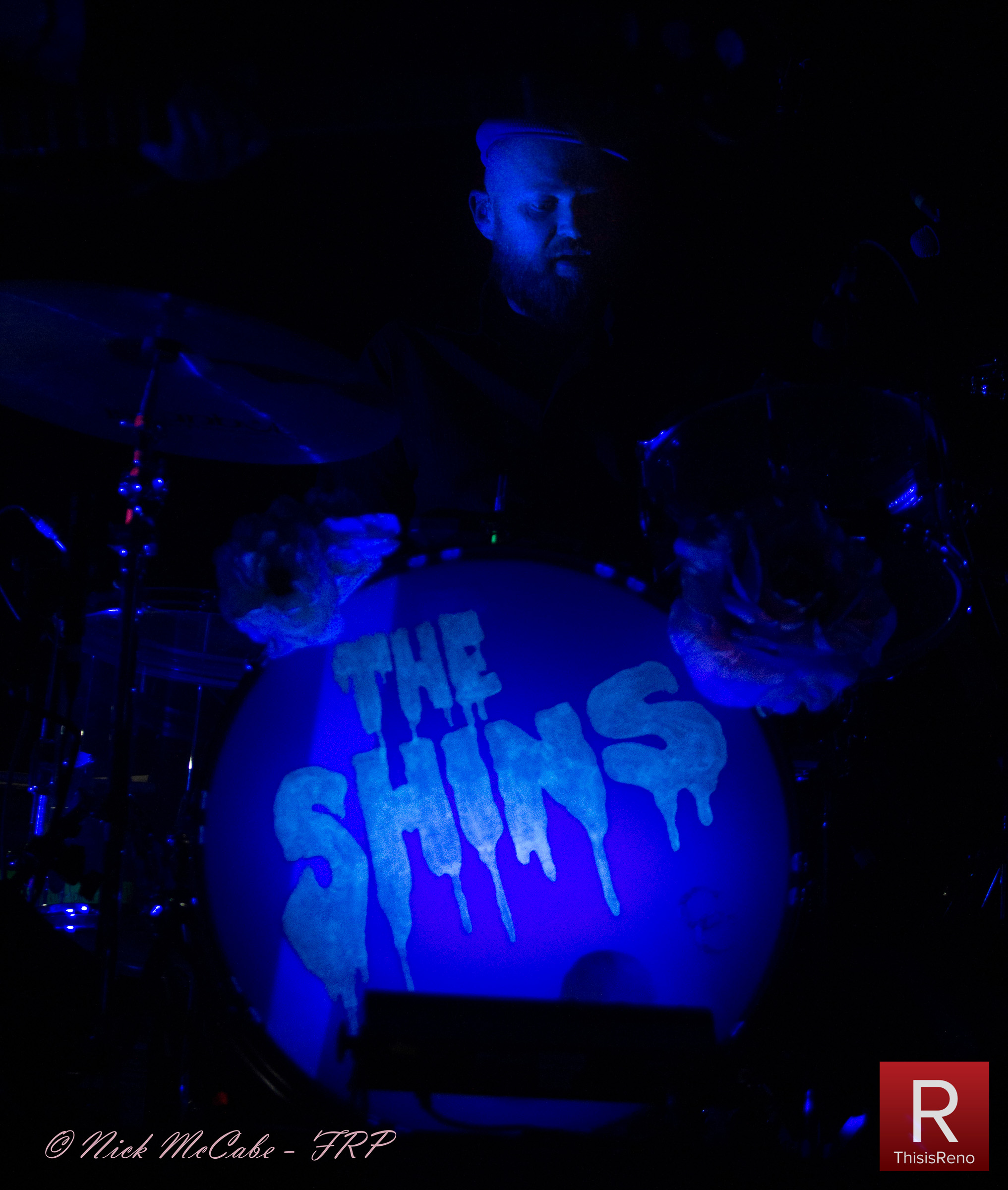 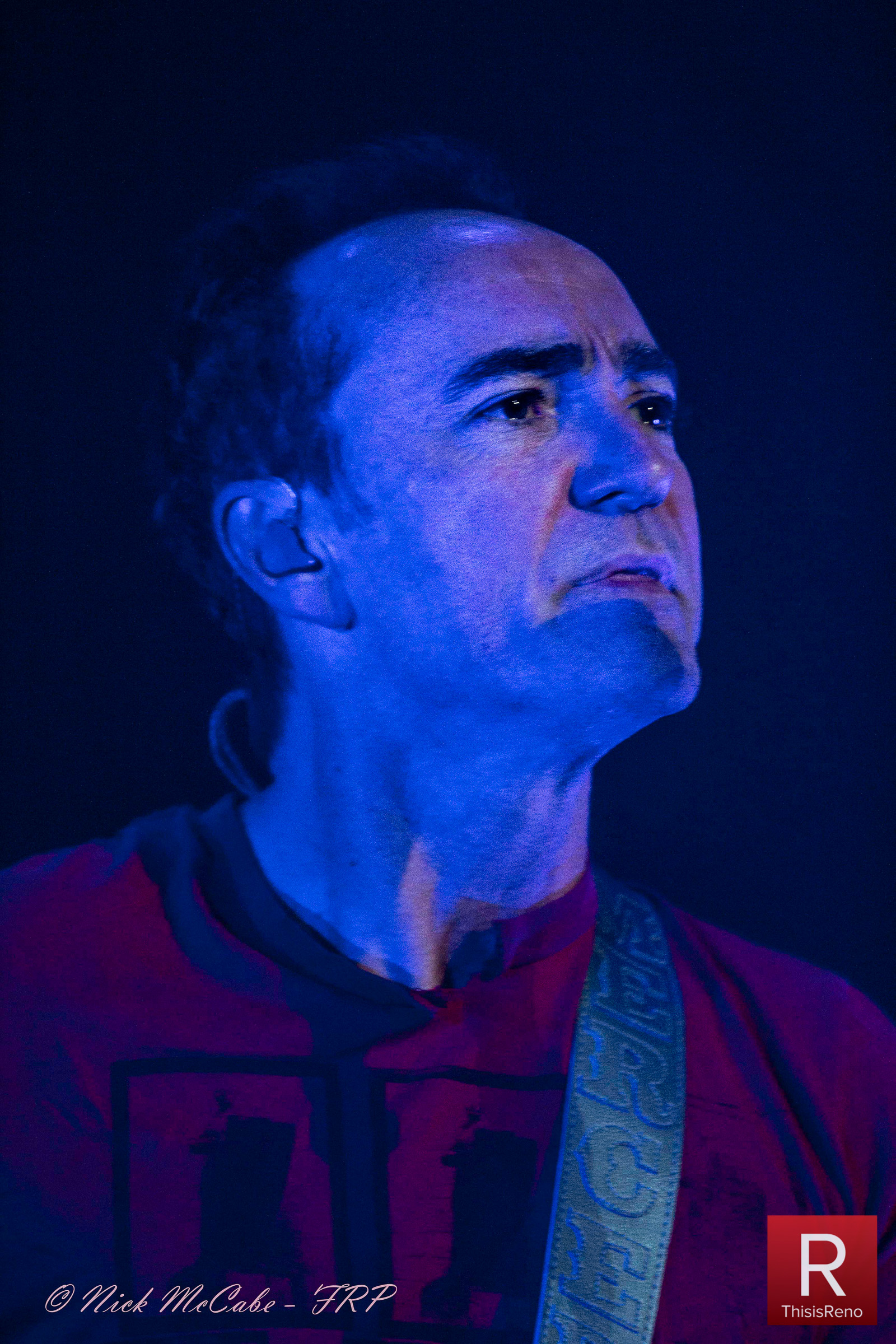 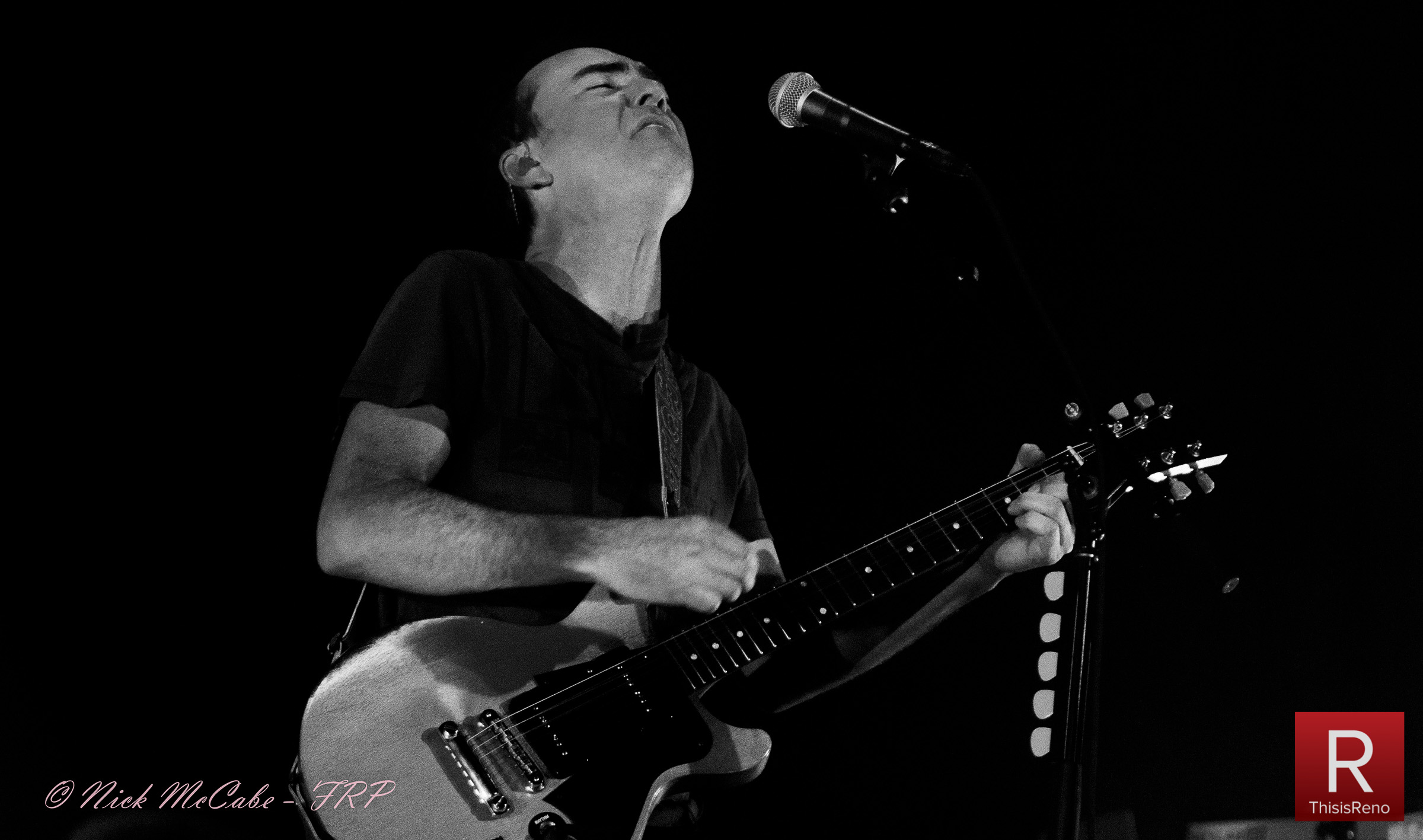 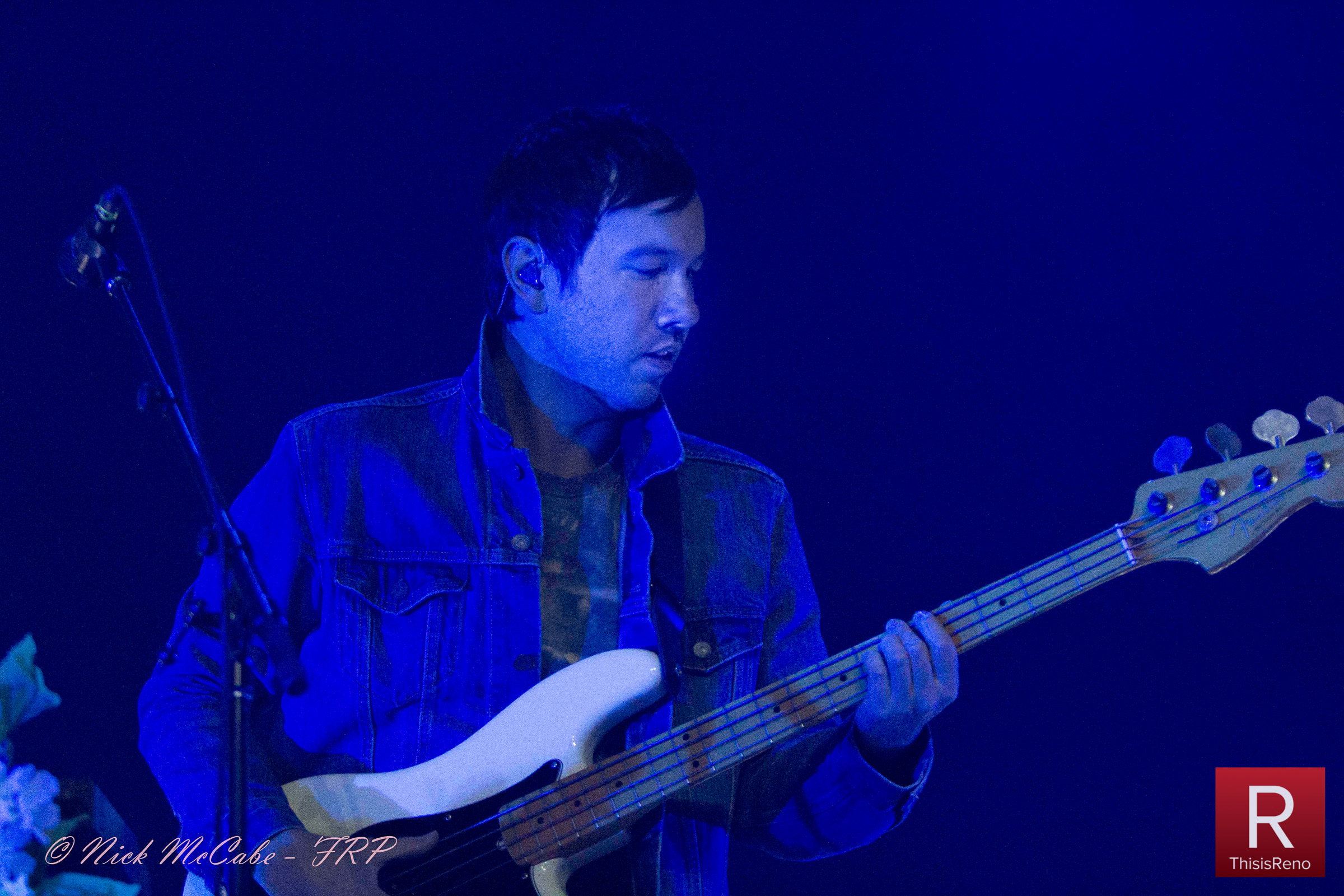 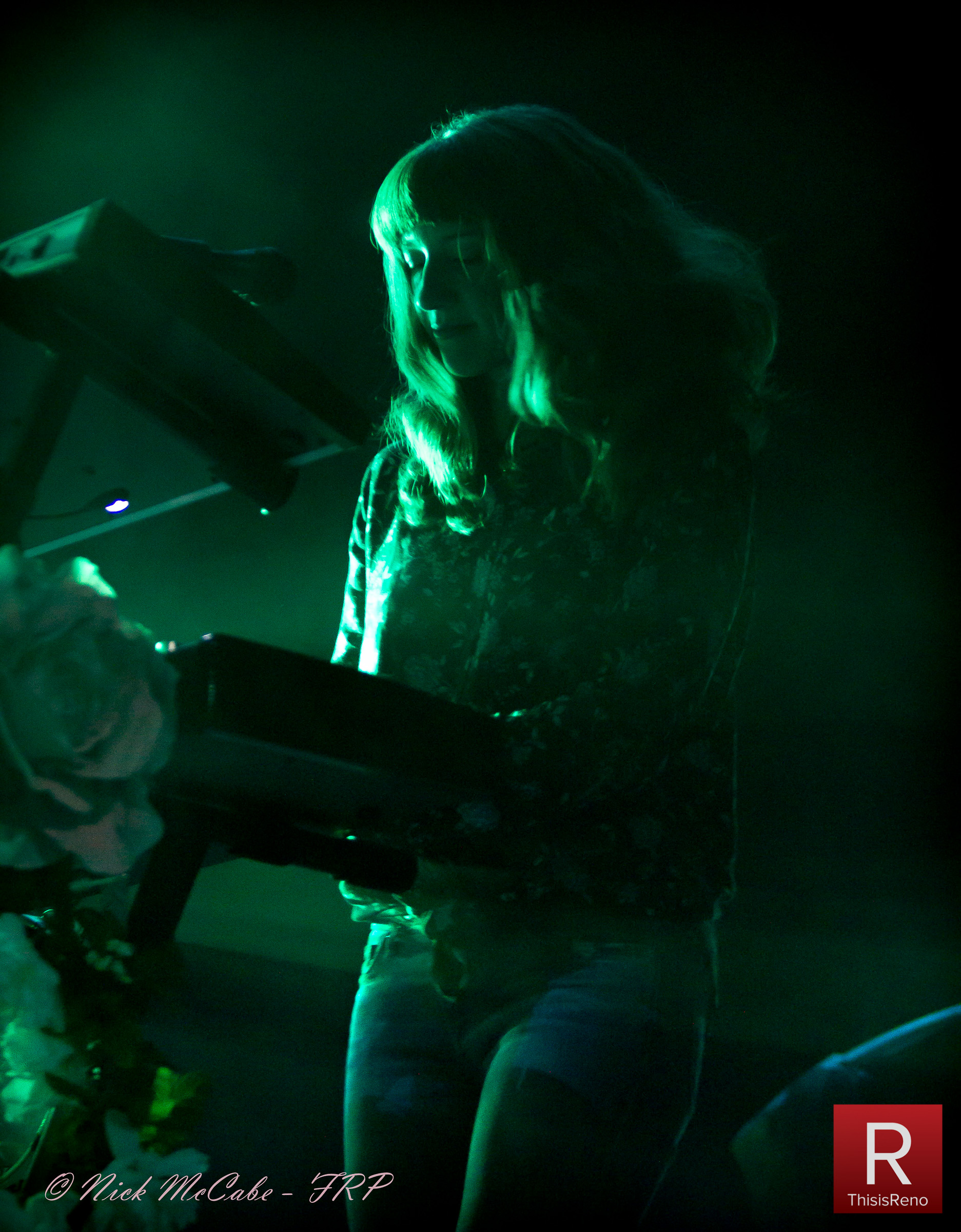 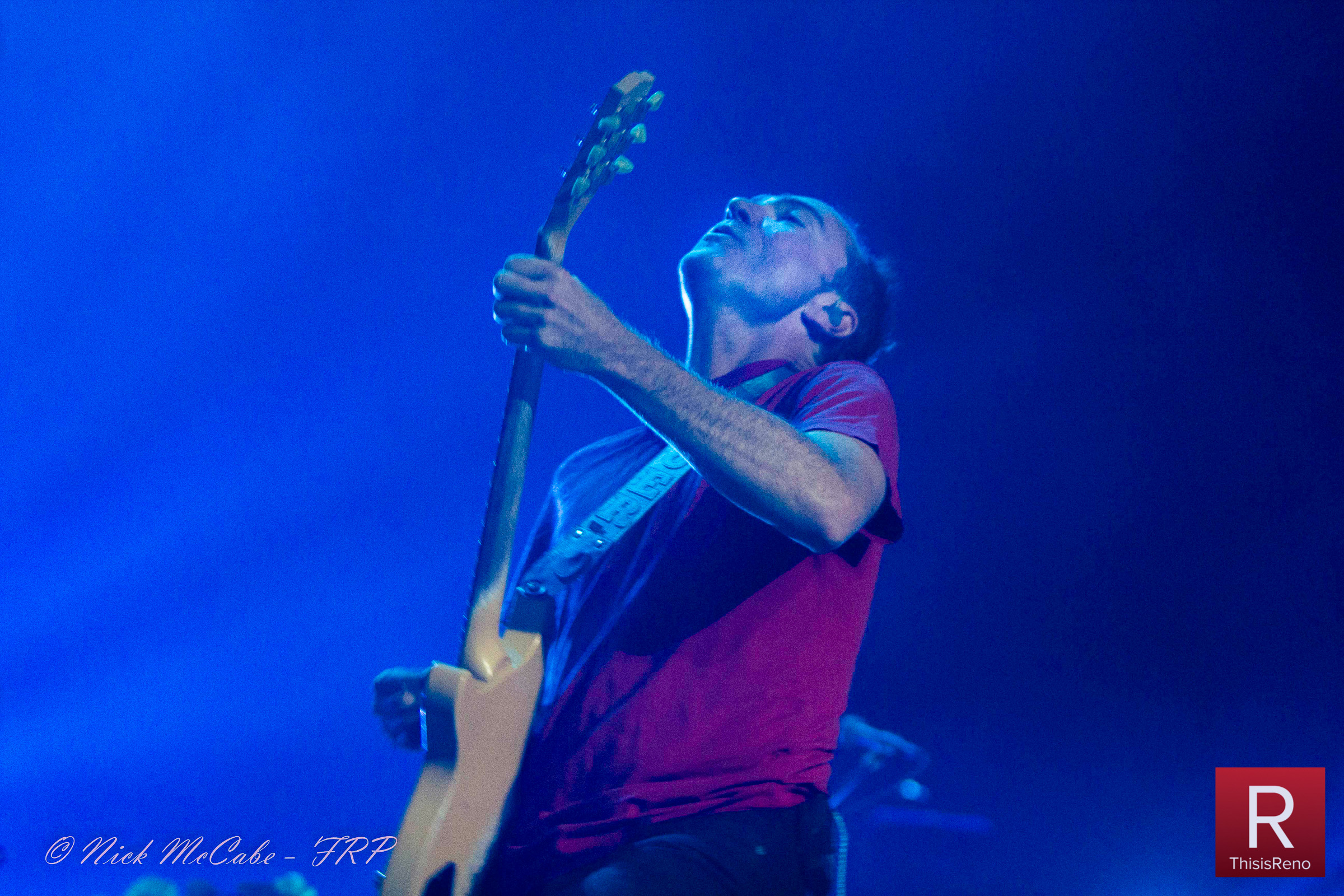 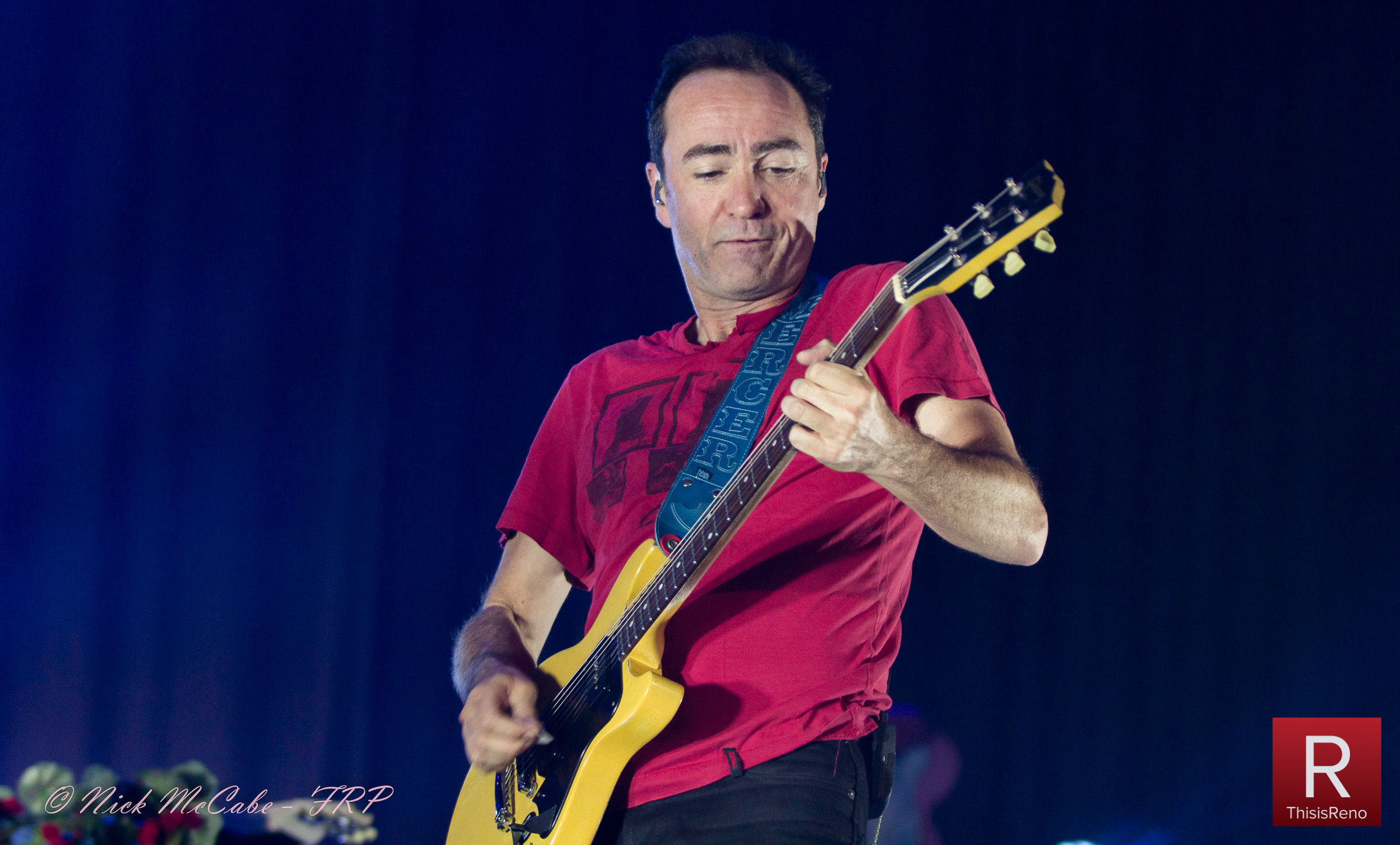 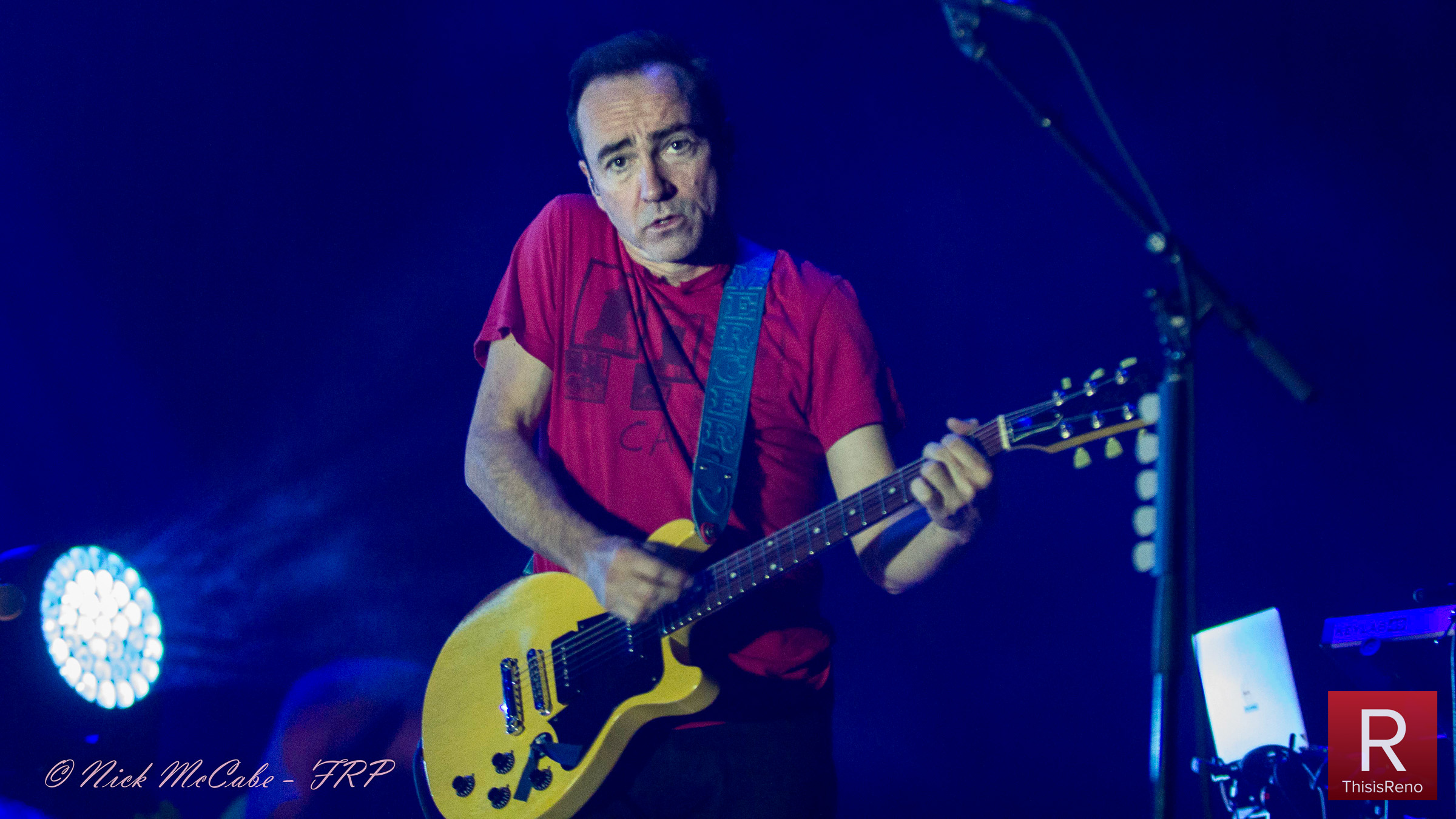 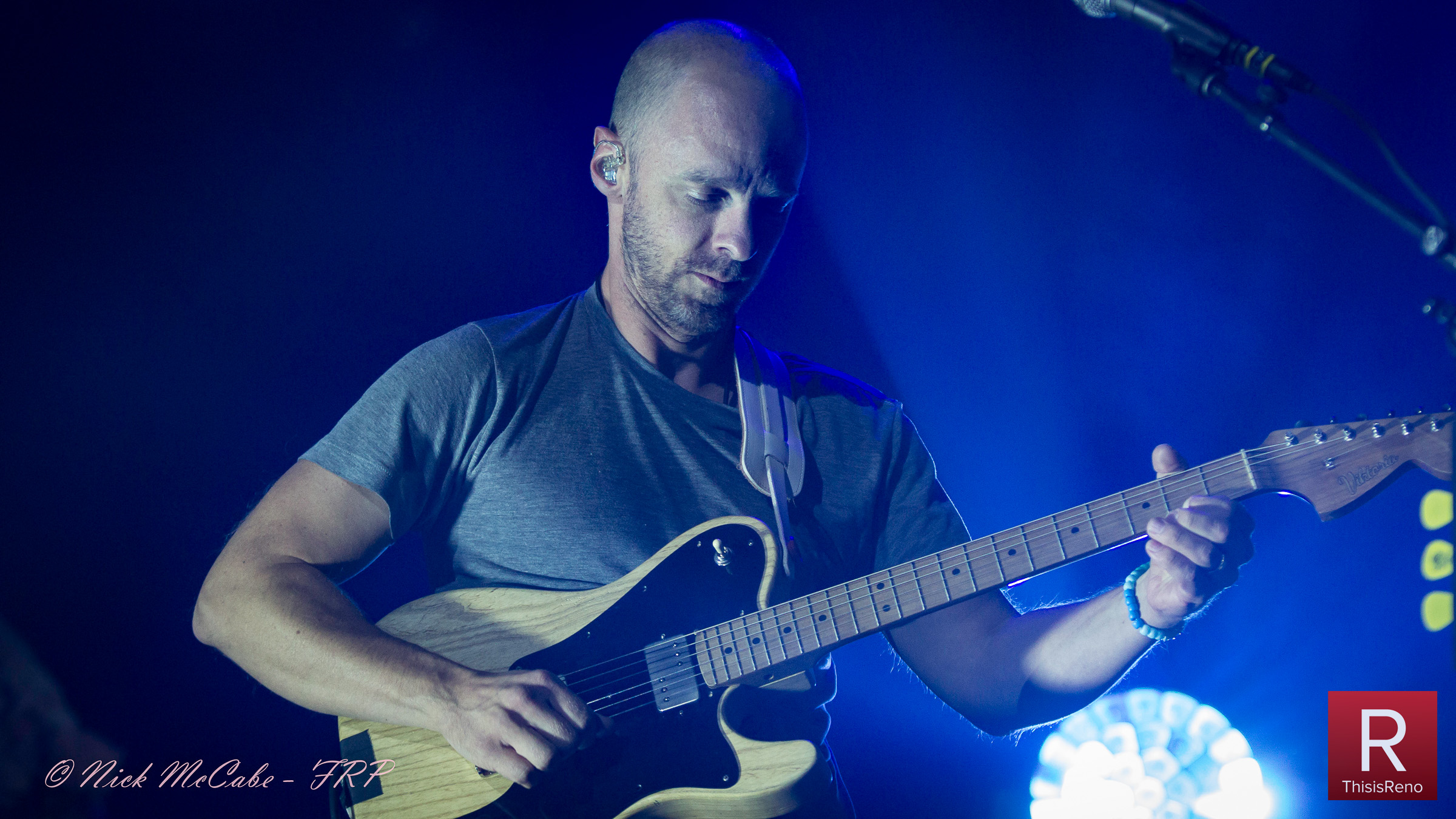 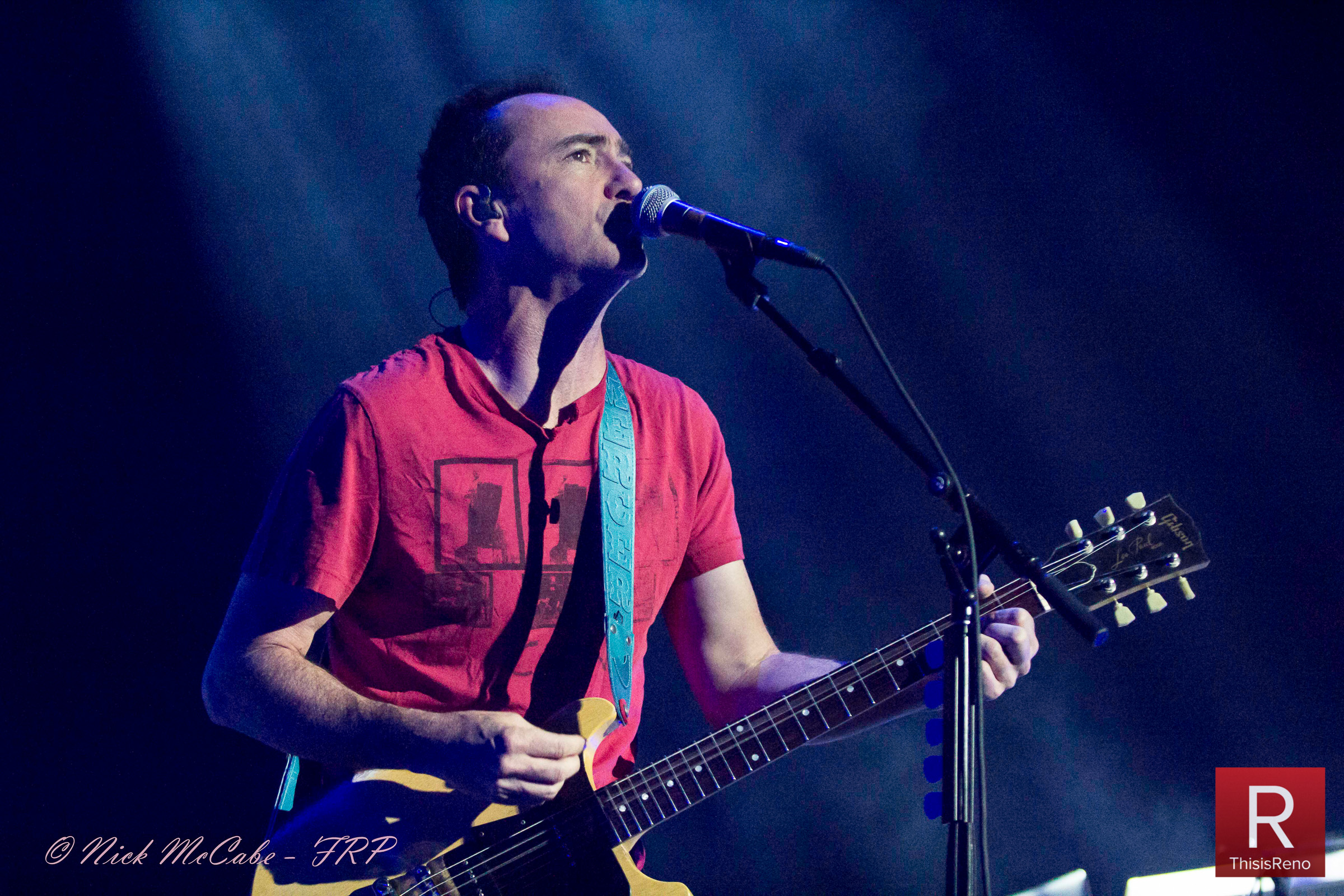 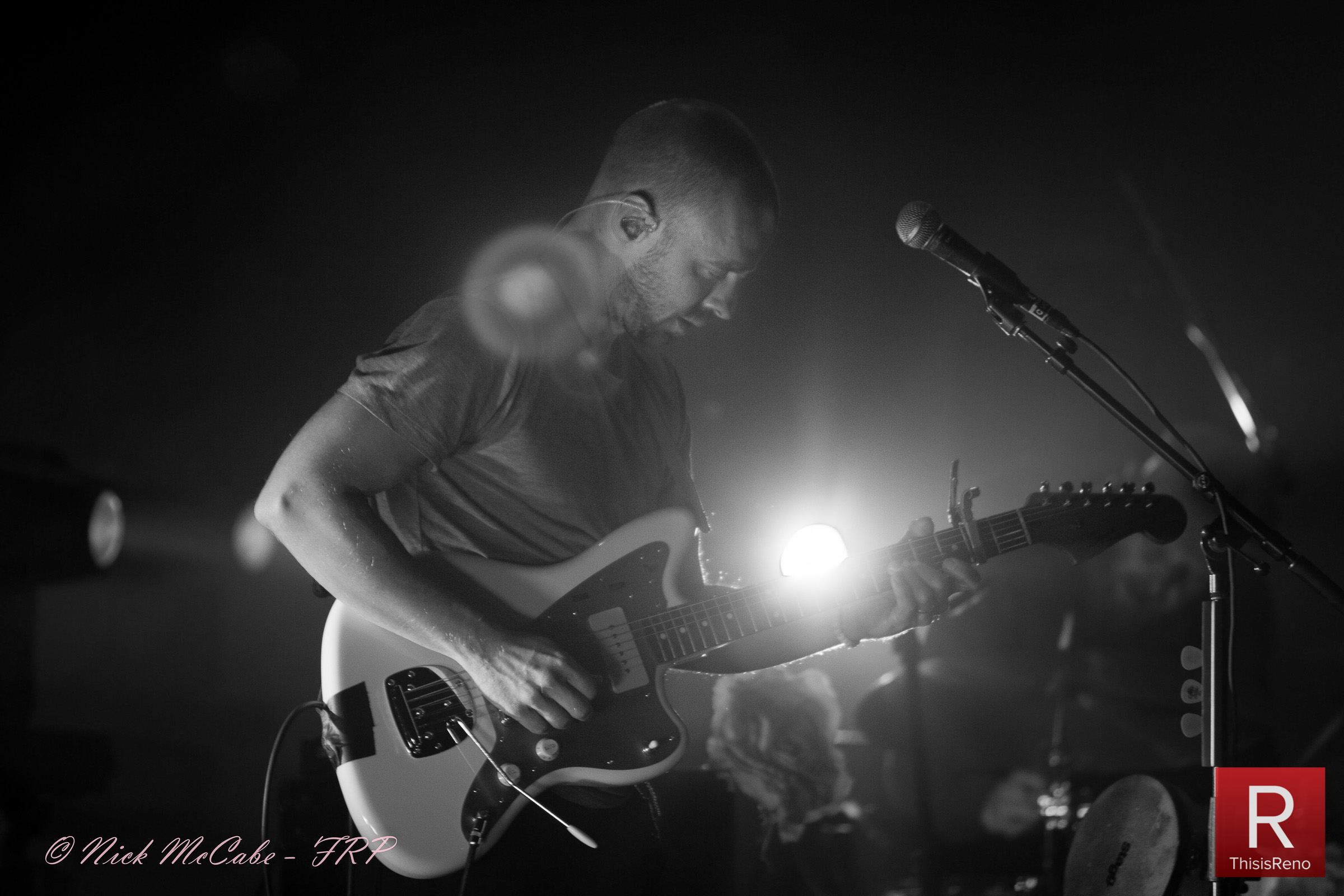 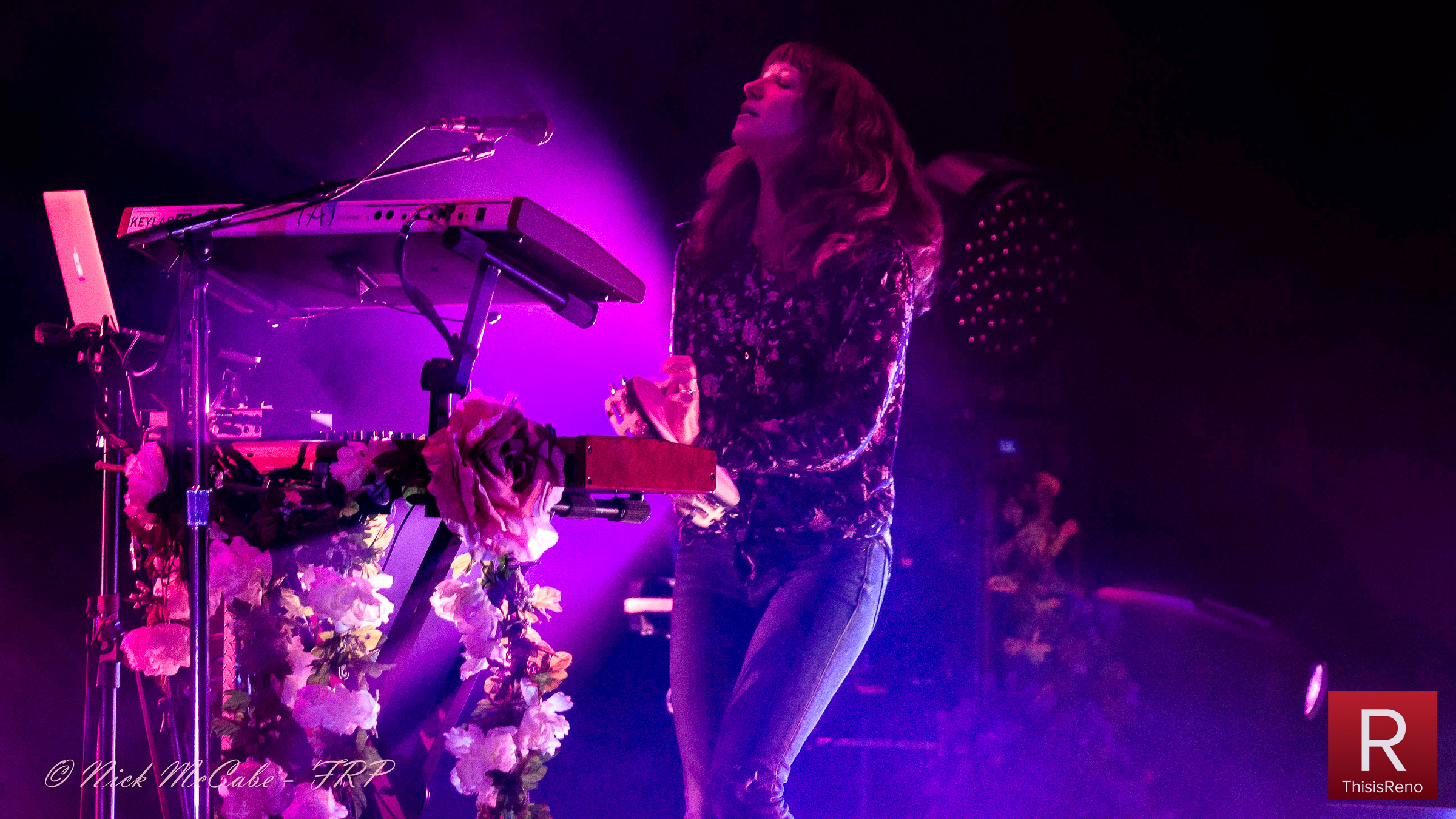 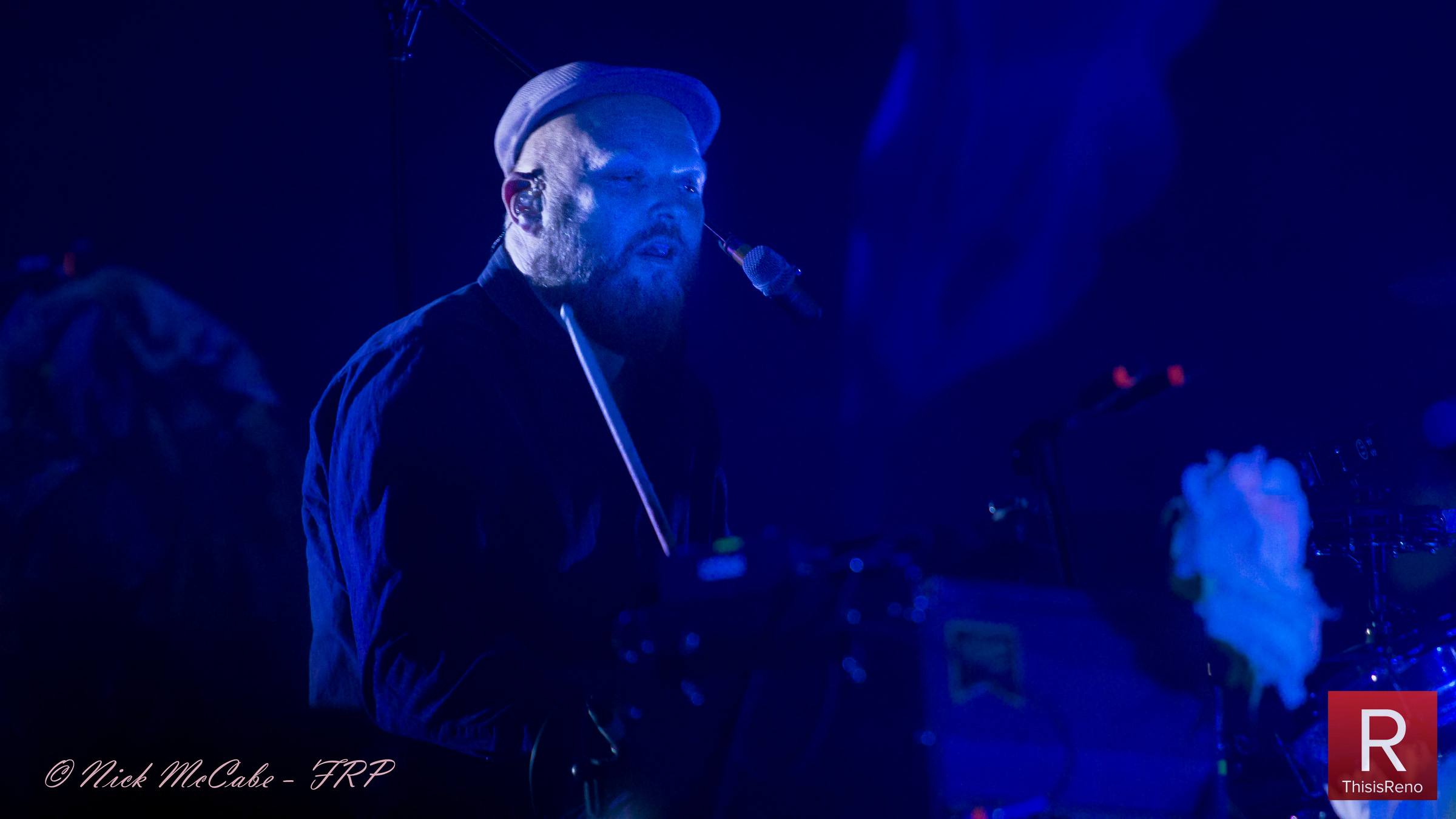 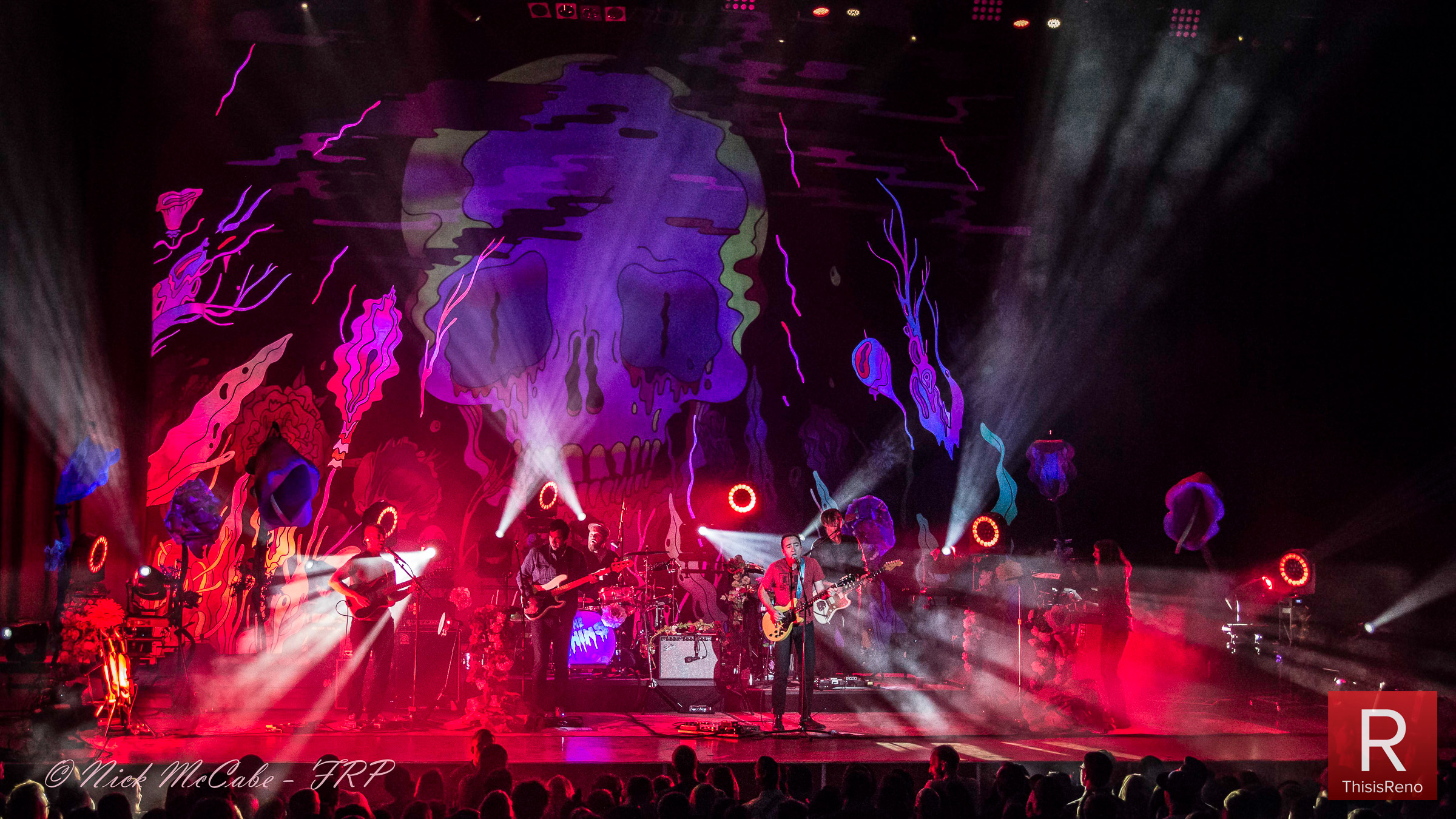 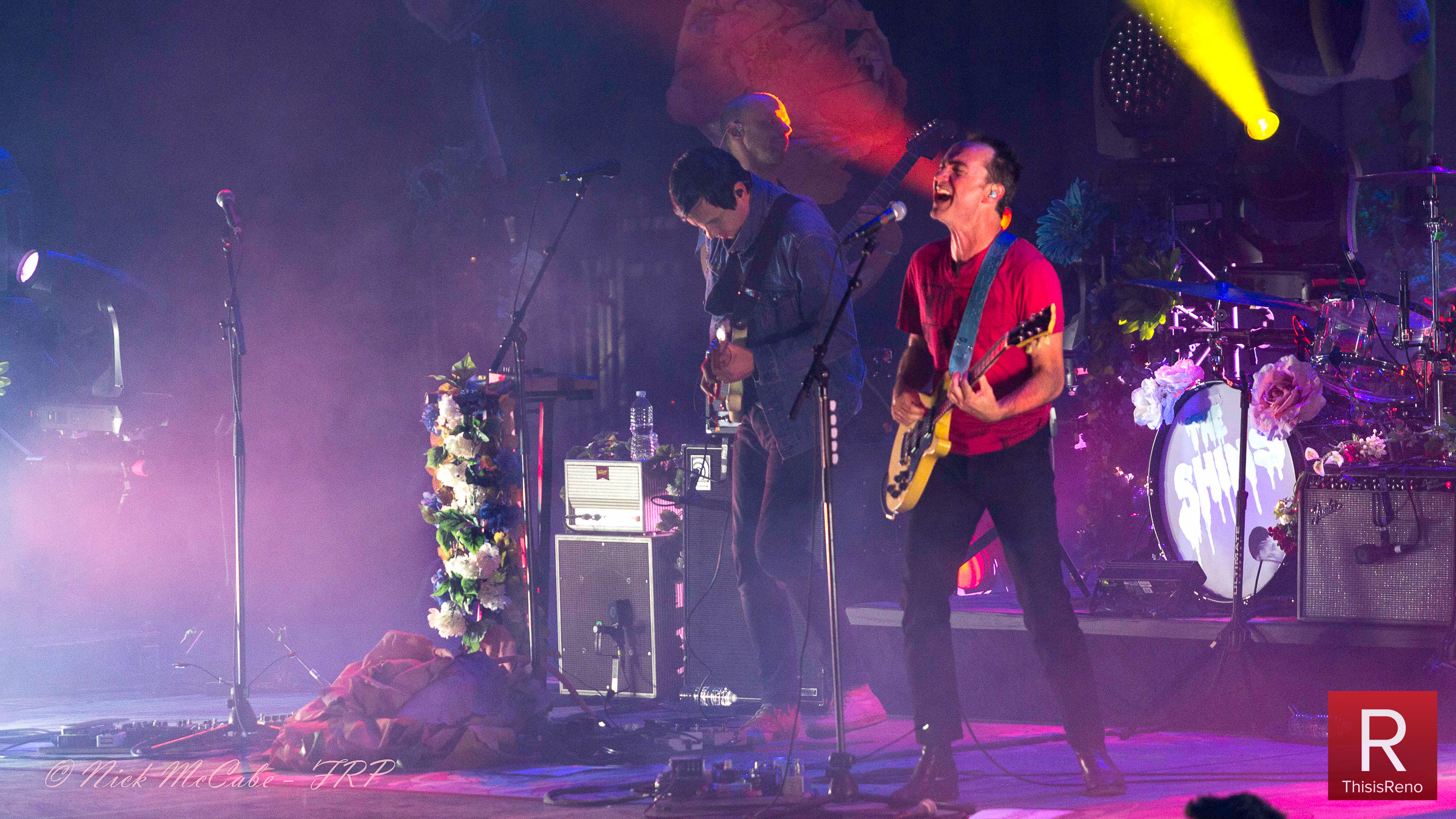 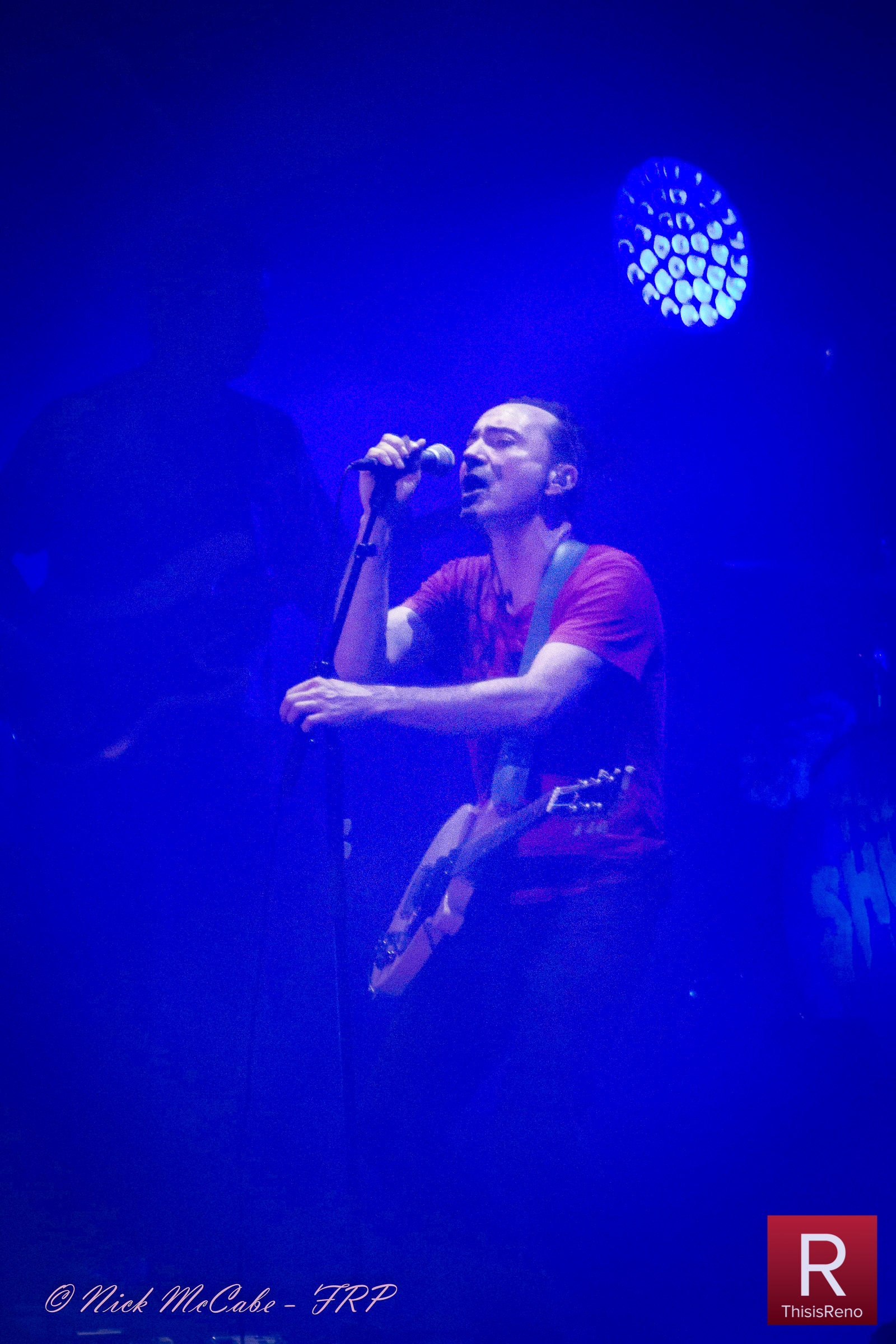 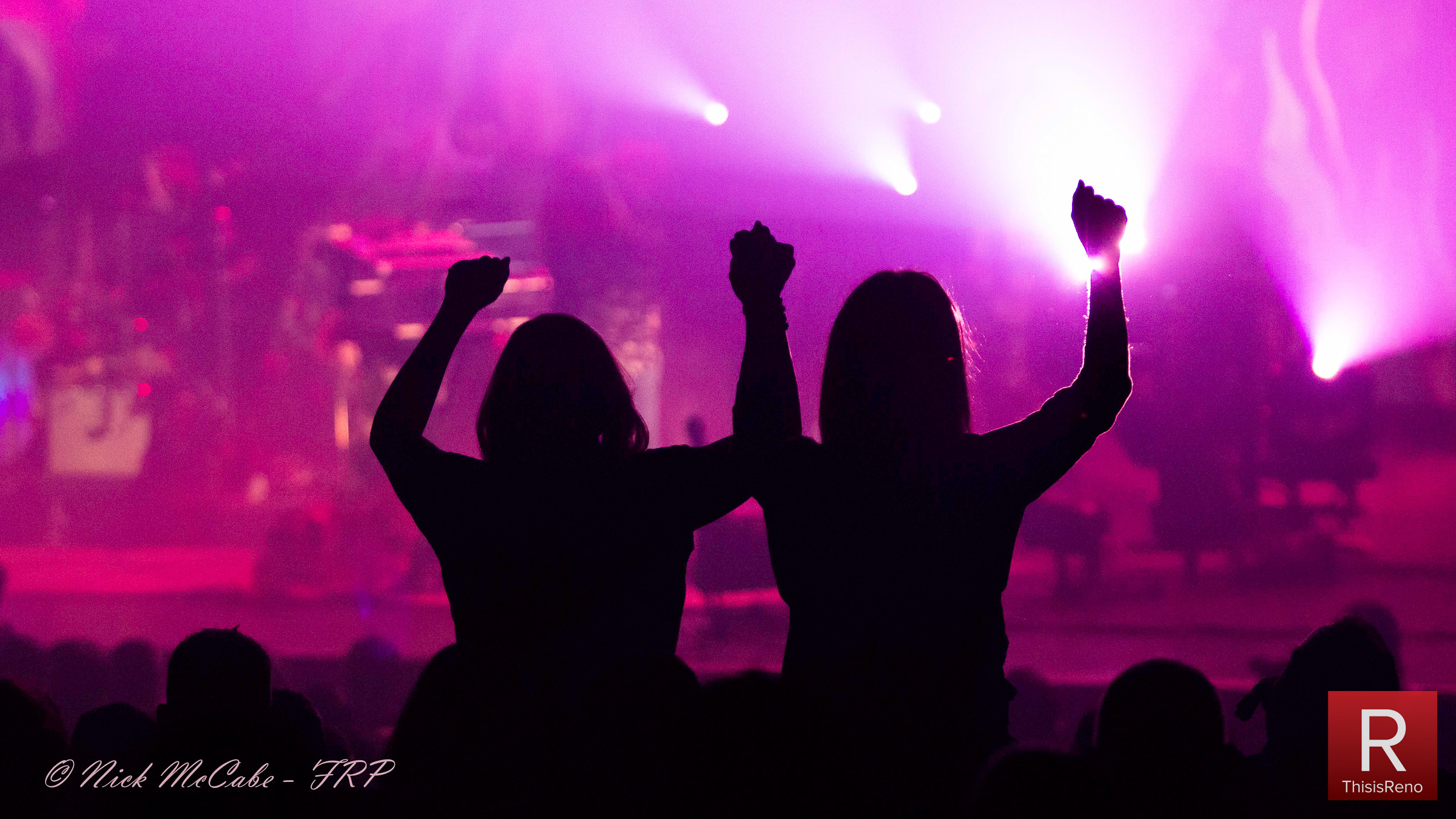 It was like going on a blind date. Would it be a night to remember, or a night that couldn’t end soon enough? I decided to check out The Shins show at the Grand Sierra Resort this past Saturday night. Turns out it was neither one. It landed somewhere in the middle.

Without a doubt the stage setup for The Shins was spectacular, with artwork supportive of the band’s newest release, “Heartworms.” The stage was filled with floral- and aquatic-themed props, decorations, and colorful artwork everywhere. The backdrop behind the band was a cartoon-style piece of artwork of a skull and ocean life in fluorescent colors that was about 40 feet tall. Lighting throughout the show was dynamic and exciting. 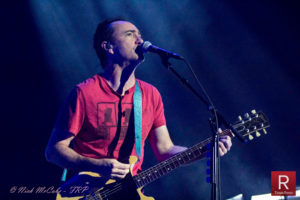 Now and then I like to go to a show that I know absolutely nothing about. Other than catching a song on the radio of The Shins occasionally I knew nothing of them prior to this concert. Founder, songwriter, and lead vocalist James Mercer is a great singer. His vocals were spot on most of the night. Sonically everything was solid. The six musicians kicked down a great “wall of sound” all night.

A couple songs that caught my attention were “Mildenhall” off of their new release and “Saint Simon” from 2003’s “Chutes Too Narrow,” both very good songs. “Saint Simon” has some very creative melodic lines in the vocals. Very good song.

Of the five musicians joining Mercer on stage, three have only been with the band since last year, and the other two go back to 2011 and 2014. The original band was dissolved by Mercer in 2009. This could be why, in my mind, there was no spark on stage. They are all fine musicians, but it felt like they were just going through the motions. As a whole there was not much chemistry between them.

The seats were maybe 50 percent filled, and I saw couples leaving early. You can tell when they are putting their coats on that they are not heading to the bar for another drink. Just before the band played their 2012 hit “Simple Song” two guys in front of me got up and headed to the exit. When they heard “Simple Song” begin they came back to hear it. Then they left.

Perhaps some of the blame for this mismatch lies on me, in that I’m probably not a part of The Shins’ demographic. Even though the band started about 21 years ago, the bulk of the audience appeared to be in their 30s. I did not see very many gray hairs in the crowd. 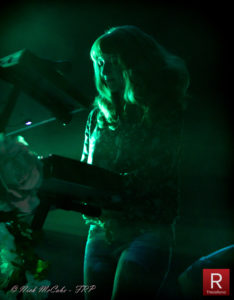 It’s a bit difficult to put my finger on why the show didn’t seem to hit the mark. The sound was good, the songs were fine, and the stage setup was captivating. But if the songs aren’t quite compelling enough to keep people engaged, maybe they need a different producer. The right producer can make a big difference in the finished product. David Bowie’s most successful album was “Let’s Dance,” produced by Nile Rodgers, who has also produced INXS, Madonna, Peter Gabriel, Mick Jagger, Duran Duran, and on and on. How different would The Beatles’ catalog be without George Martin?

I was disappointed in part because I knew there was more to be had from this show. There was plenty of talent on that stage, and it was beautiful. Time will tell if this new lineup can hit their stride. I wish them luck.