County Chips In $2 Million to Help with Homeless Shelter 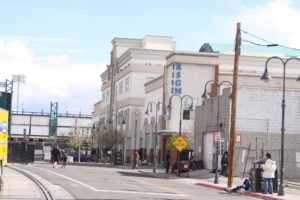 The cities of Reno and Sparks contribute with Washoe County to the funding of the area Community Assistance Center, commonly known as the region’s only homeless shelter.

Today, the Washoe Board of County Commissioners agreed to fund the shelter for up to $2.4 million through June 30, 2018. This amount is up from an initial $1.2 million the county originally contributed in 2007 to fund the building of a homeless shelter at that time.

The county has historically provided annual funding toward the shelter’s operations.

“The creation of the Washoe County Human Services Agency supports the Commission’s goal to provide a safe, secure, and healthy community for all of our citizens and in this case, especially our most vulnerable,” said Commission Chairman Bob Lucey.

“Several of the needs and services within Social Services and Senior Services are quite similar, which is why the County believes it is best if the departments consolidate,” said Human Services Agency Director, Amber Howell. “One of the benefits of (the agency) is that it will allow clients to receive services without being placed in a different department based on age. HSA will now be a one-stop department that offers something for people in all stages of life.”

The homeless facility has women’s and men’s shelters, as well as a triage center.

The City of Reno is considering tomorrow a location for a new, temporary overflow homeless shelter.

The Board unanimously approved the purchase of voting system hardware and software for the Registrar of Voters Office from Dominion Voting Systems, with a total contract amount of $4,219,100. On May 23, 2017, the Board approved the FY 2018-2022 Capital Improvements Plan. This included $1,896,125 in FY 2018 for the Voting Equipment Replacement project.

The total purchase price for new voting equipment and software is $4,219,100. The Legislature approved a $1,700,000 appropriation to Washoe County to assist with the purchase of new voting equipment. This funding will be distributed through the Secretary of State and will be available during this fiscal year. This lowers the total cost to the County for purchase of the updated equipment to $2,519,100. The initial $1,896,125 is to be disbursed in fiscal year 2018 and the remaining $622,975 in fiscal year 2019. 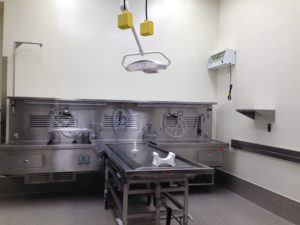 “Congratulations on the great work you’ve done here,” says Commissioner Kitty Jung. “I am pleased to see that we improved that old parking lot with the new Regional Medical Examiner building, and I believe we have enhanced the safety of the neighborhood and the safety of the public on this campus along with it, thank you.”

Commissioners approved a $1,641,617.00 grant from the Nevada Office of the Attorney General to hire an additional six full time DNA Criminalists for one year as well as a laboratory remodel to accommodate the new DNA Criminalists, and costs associated with the testing of sexual assault kits collected from January 2015 through June 2019.

Washoe County Sheriff’s Office Forensic Science Division is expected to receive an additional 350 sexual assault kits a year for DNA testing with the recent passage of AB 97, requiring DNA testing to be completed within 120 days from receipt into the laboratory. With current staffing levels, Forensic Science Division would not be able to meet these requirements without additional funding.