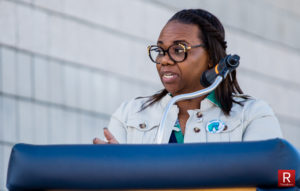 “Yesterday, my office and state fiscal experts worked with the legislative counsel bureau and WCSD to review where an alleged error in the formula may have occurred causing a potential shortfall in the WCSD budget,” he said. “While there is no state error, I do believe bridge funding is necessary to avoid budget cuts that affect children and teachers in the upcoming school year. At the end of the day, and this late in the budgeting process, failing to respond to this fiscal problem will hurt students. This funding will give Washoe County time to reconsider its budgets. I hope the legislature will respond to this request prior to the close of session so WCSD can prepare for the upcoming school year.”

The state Department of Education disputed today the Washoe County School District’s (WCSD) characterization of legislation as being flawed and leading to a $6.6 million budget shortfall for the district.

“A combination of slow enrollment growth and a significant spike in local tax revenue appears to be the answer to the Washoe County School District’s (WCSD) concern about funding changes in the Distributive School Account (DSA),” the state said in a statement.

The state agency insisted its budget process is fair to all districts.

“The good news is that an uptick in the local economy in Washoe County means that they will reap the benefit of additional tax dollars from other sources of approximately $3 million,” said Steve Canavero, superintendent of public instruction. “I just want to underscore that we will continue to revalidate the model with multiple agencies.”

Roger Rahming, the department’s superintendent for business and support services, indicated he had been in communication with WCSD’s finance officials the past two days.

“After thorough reanalysis of the DSA allocation model, the model is working as intended,” he said. “The DSA model calculates per-pupil funding and this year after close examination of the enrollment numbers, the Clark County School District (CCSD) is currently experiencing a high rate of growth, which affects the DSA allocation for each school district in the state. Conversely, WCSD’s enrollment growth has been low while their local tax revenues have seen a significant spike impacting per-pupil amounts.”

These statements are in contrast to what the WCSD’s superintendent said today.

“Based on an untested and never-before-seen funding formula outlined in SB544, funding for the Washoe County School District has been significantly reduced from what we have been told throughout this legislative session,” said Superintendent Traci Davis. “In fact, WCSD has already presented two balanced budgets to the Department of Taxation based on funding formulas provided by the Nevada Department of Education.

“On Tuesday evening, WCSD discovered that this new funding formula will cause a significant shortfall of at least $6.6 million each year over the next two years. WCSD would receive the lowest per pupil funding amount in the state.”

Davis said the district is working with the Nevada Department of Education to resolve the issue. She called the budget shortfall a miscalculation and urged parents and school district employees to contact their legislators.

“We must provide a first class education to all of our 64,000 children and we need our community to advocate for fixing this oversight,” Davis added. “This will be decided in the next three days – by the end of the legislative session – and we ask the community to stand up for education in the strongest possible way. To find your legislative representatives and their contact information, visit leg.state.nv.us or call the governor’s office at 775-684-5670 or email him at http://gov.nv.gov/Contact/Email-the-Governor/.”

Davis warned of deep budget cuts if the situation is not remedied. Administration, athletics, music, arts and bus service could all be affected. Increased class sizes and staff layoffs would also be considered.

“It is incredibly disappointing that, once again, we are placed in a position of not being able to adequately support our students, classroom teachers and all of our dedicated support staff,” she added. “Unfortunately our students are caught in the middle of this crisis and we will be aggressively pursuing all avenues possible to support them and our staff.”

Nevada’s budget model provides a minimum level of per-pupil basic support which varies among districts based on local expenses and revenues. According to the state:

This story is updated with comments from the Nevada Department of Education.