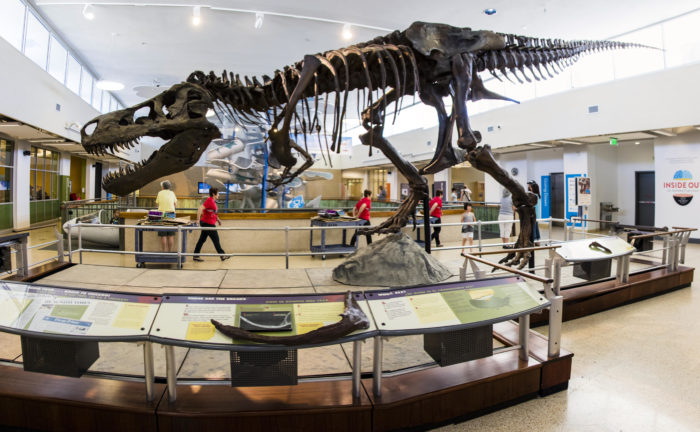 Downtown Reno’s Discovery Museum in now host to Sue, a traveling resin replica of the most intact and largest T. Rex ever found. It measures 12 feet tall and 42 feet long.

While not the actual fossils, which are much too fragile and rare to survive a cross-country trip, this Sue is made entirely from casts made from the original fossils. The detail in these casts is amazing. Sue suffered three broken ribs in her life that later healed, and the casts allow visitors to see exactly how they healed.

Patrick Turner, vice president of marketing for the Discovery Museum, explained that only two replicas were made and then the molds were destroyed. One went to Disney and the other is now residing at the museum in Reno.

There is more to Sue’s exhibit than the skeleton; a room just a few steps away features a variety of interactive displays. 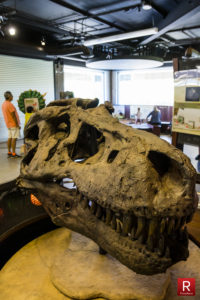 Large stands explain how a Tyrannosaurus Rex would have functioned while alive. These feature metal constructions that show how the neck vertebrae function or the way in which a T. Rex’s teeth were used on its prey. A full-scale skull rotates on a stand giving guests of all ages an opportunity to see it up close and touch resin samples of Sue’s teeth. Educational displays also explain that Sue is 90 percent accounted for regarding skeletal construction, and that the perseveration of the bones is the best ever found for a T. Rex.

Turner also talked with me about what brought Sue to Reno. He explained that after the success of the Monster Fish exhibit the museum was looking to bring in another big exhibit. After some communication between The Discovery and The Field Museum of Chicago it was decided that Sue would come to Reno. Donors, both long-term and one-time-only, then helped pay the $300,000 it would take to get Sue to Reno. The museum is responsible for shipping costs, set up, and other expenses. After five days of work by museum staff and volunteers Sue and the accompanying displays were constructed.

The platform that houses Sue is unique to Reno in two ways. It is positioned perfectly so that as visitors turn their first corner to enter the Museum they are greeted by the open jaws of Sue. Second, it is also the smallest platform Sue has ever been on. Allowing Reno residents the closest look at Sue of any museum she has visited.

Sue will be on display until January 15, 2018. The museum is also hosting an adults only (21+) event on September 16 dubbed “Speed Dating Sue” for those who just want a casual evening with a visiting T. Rex. 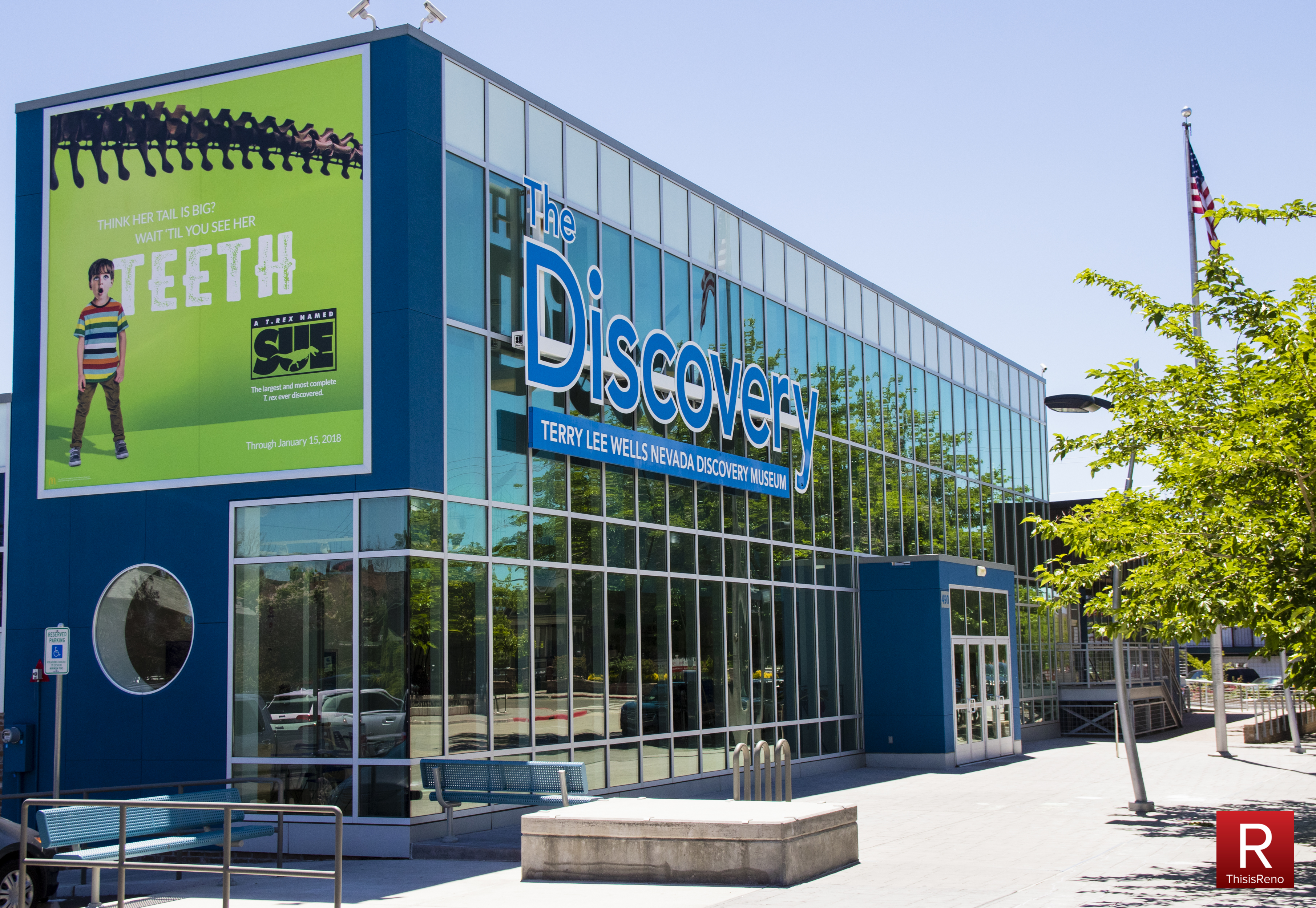 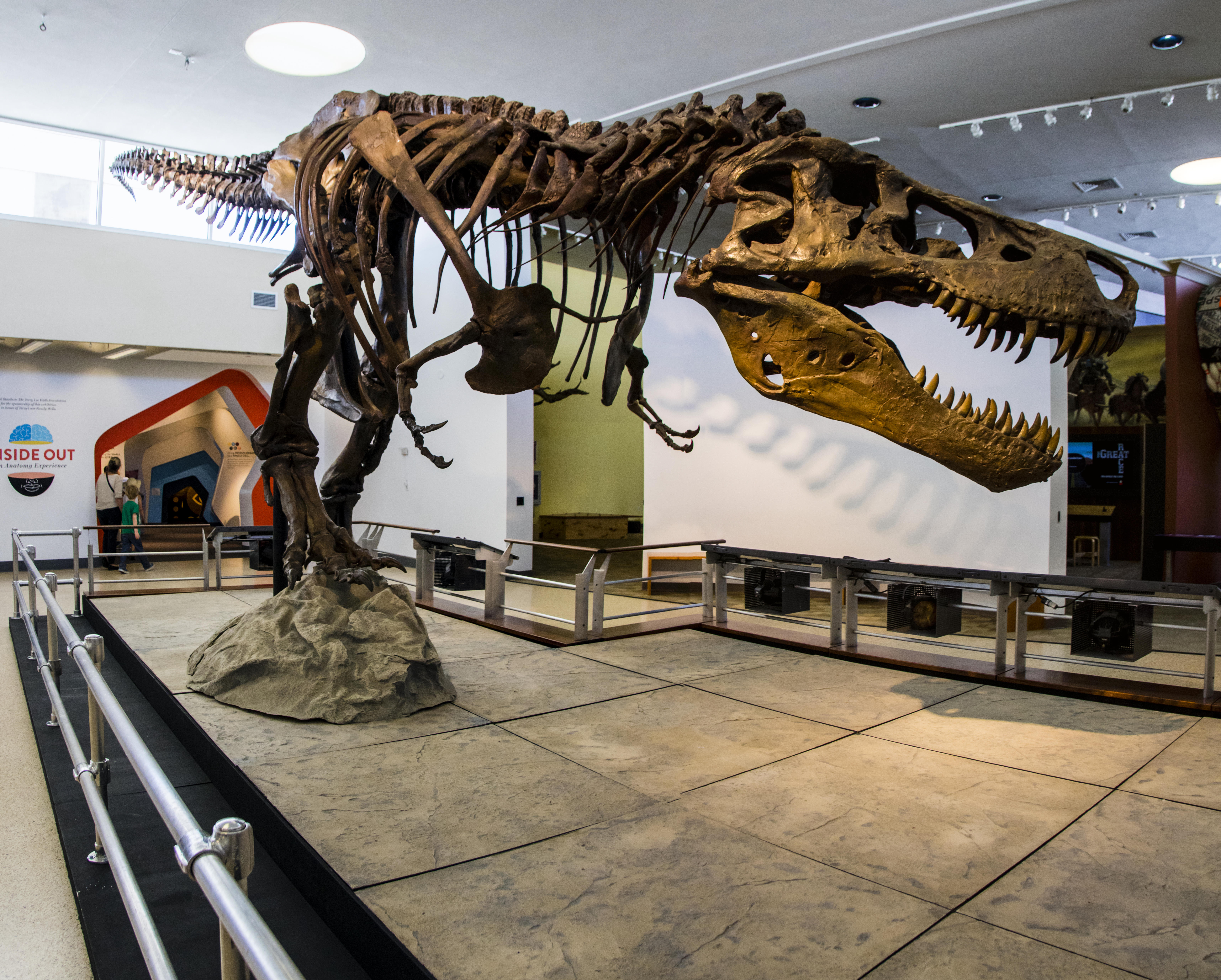 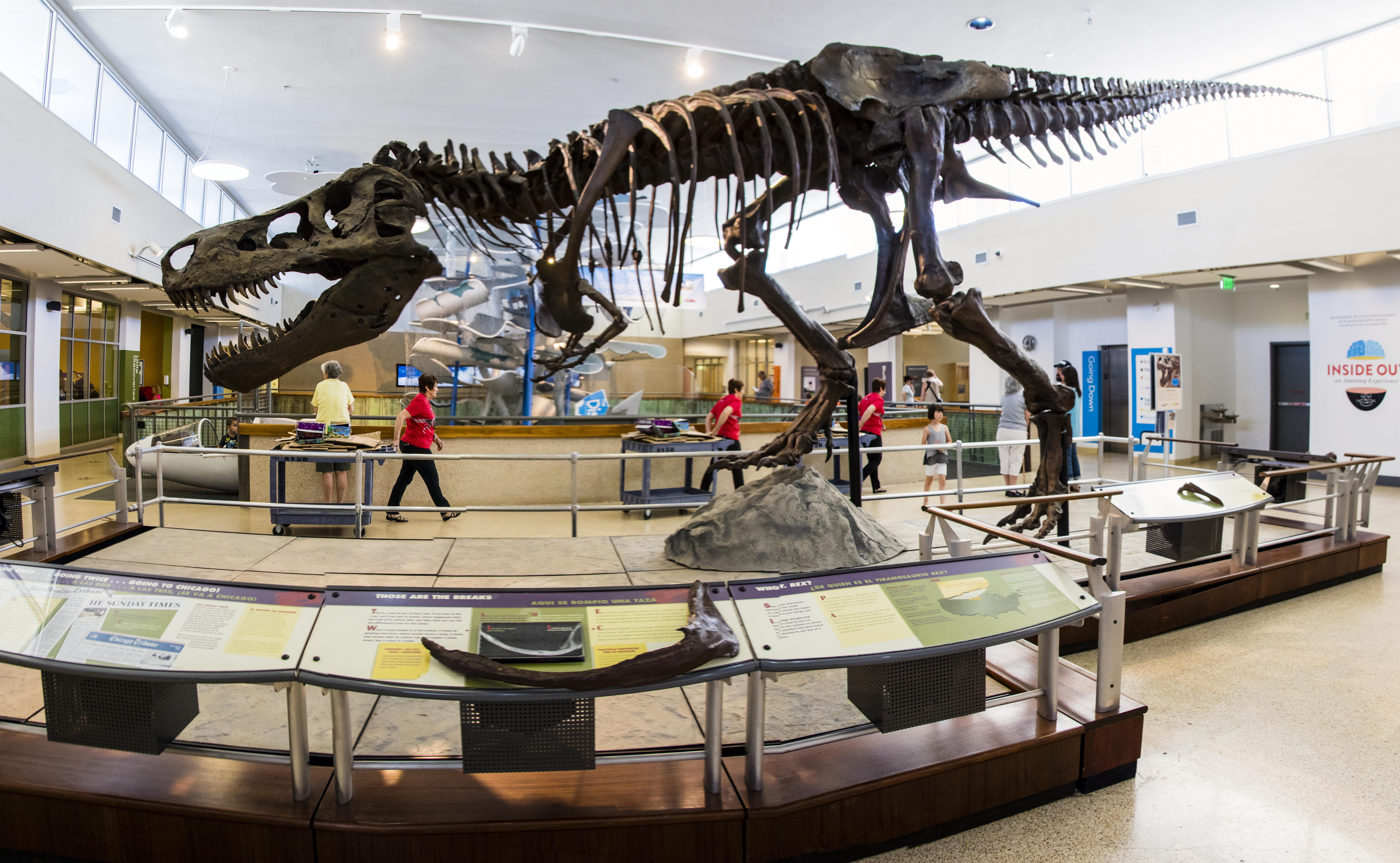 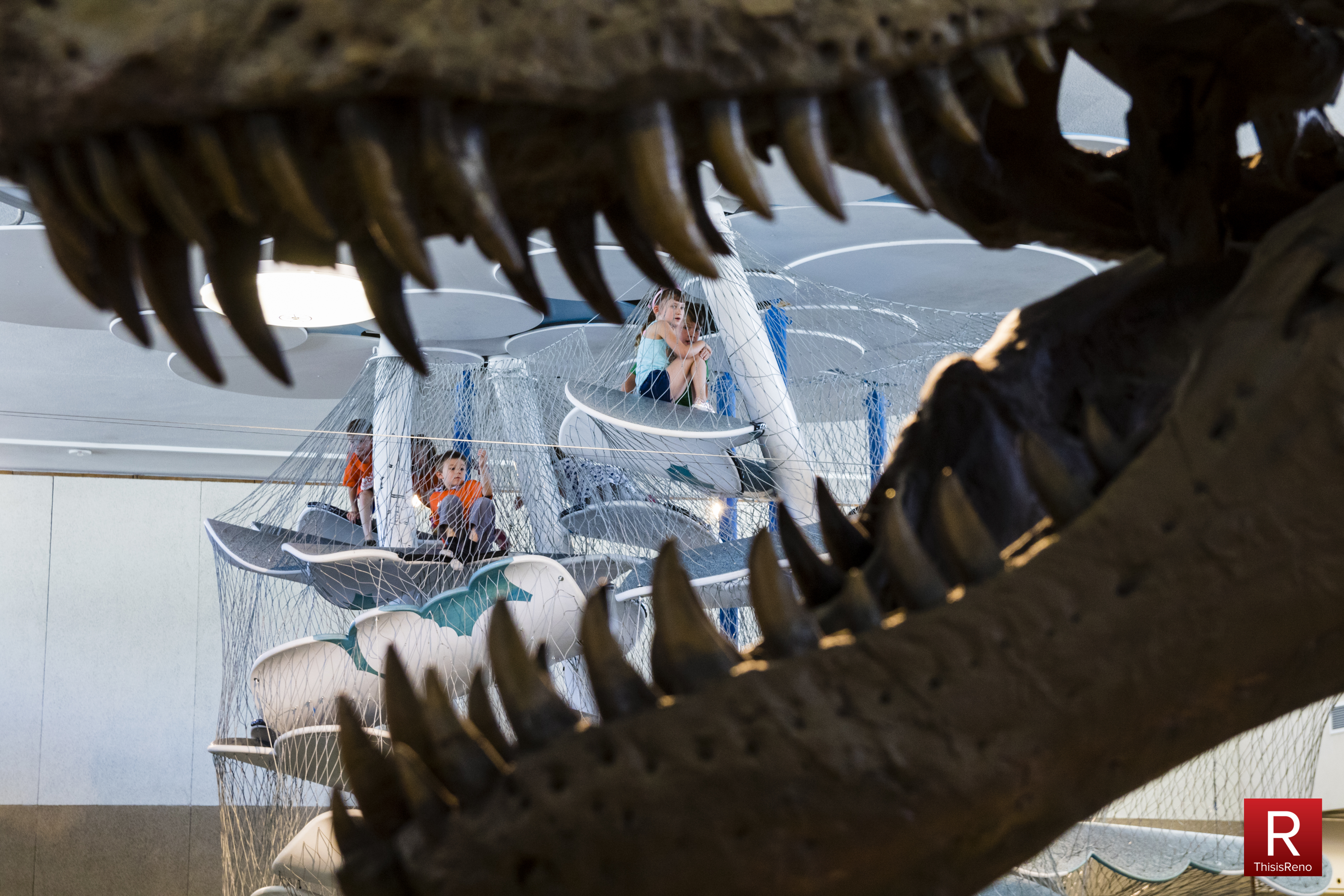 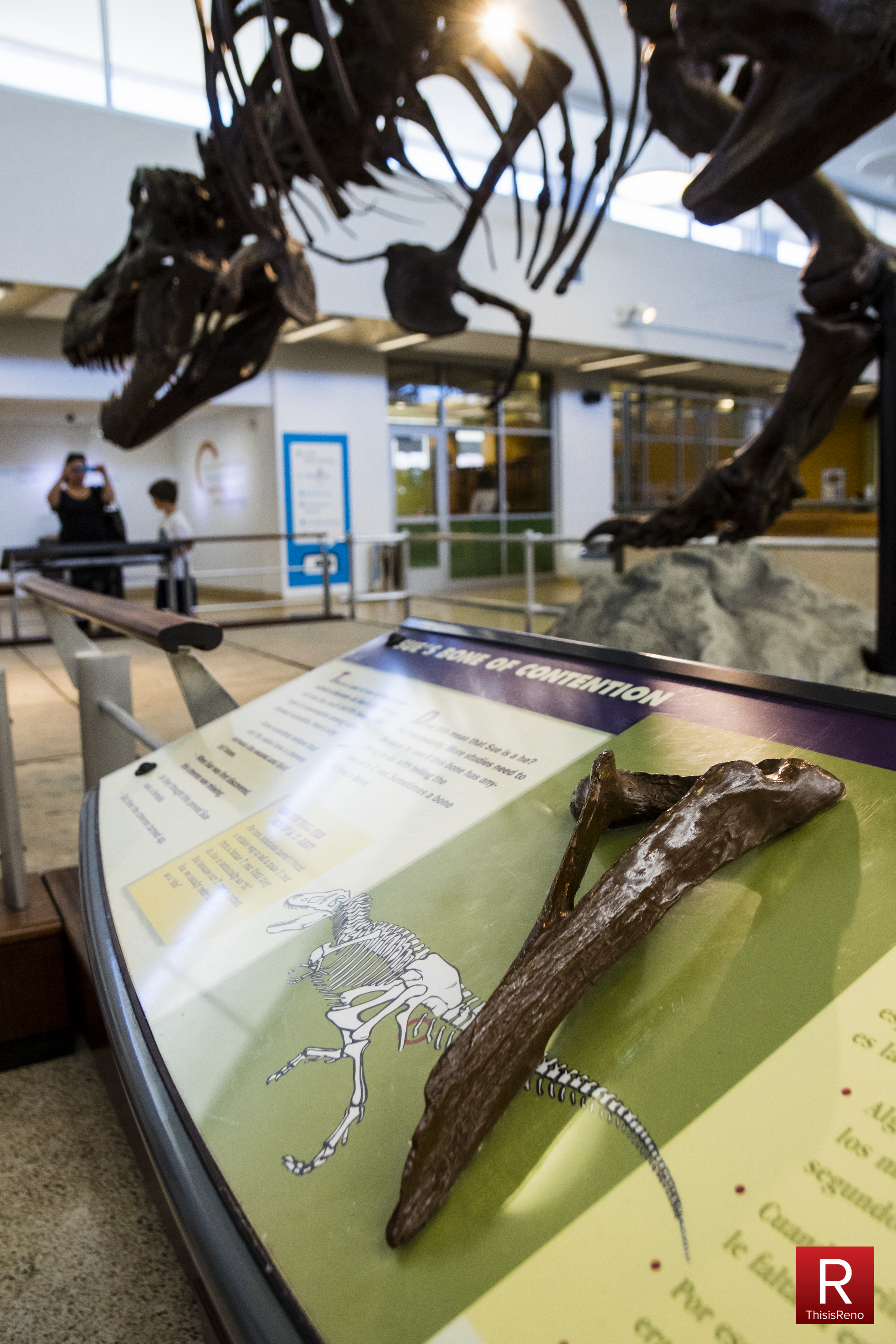 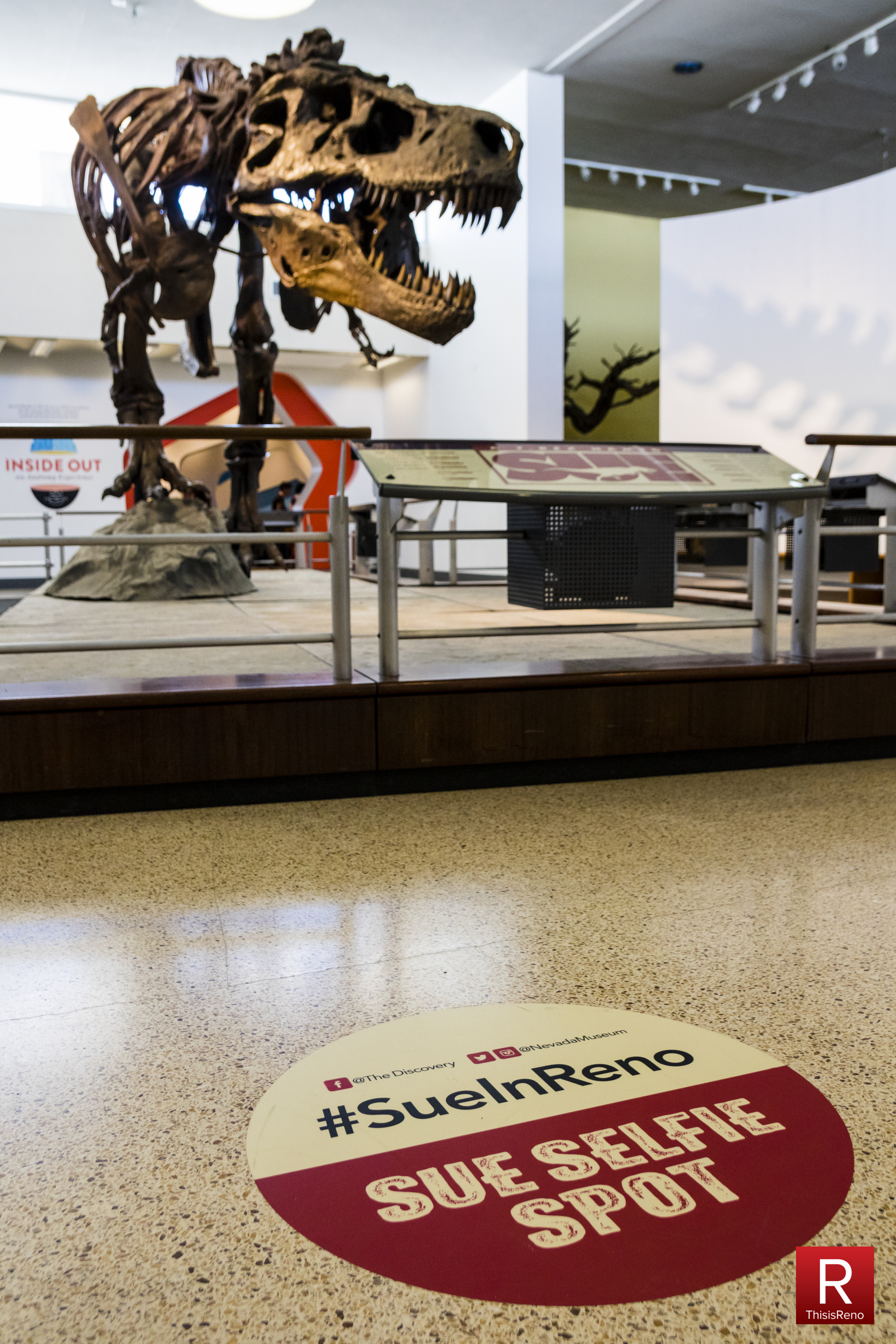 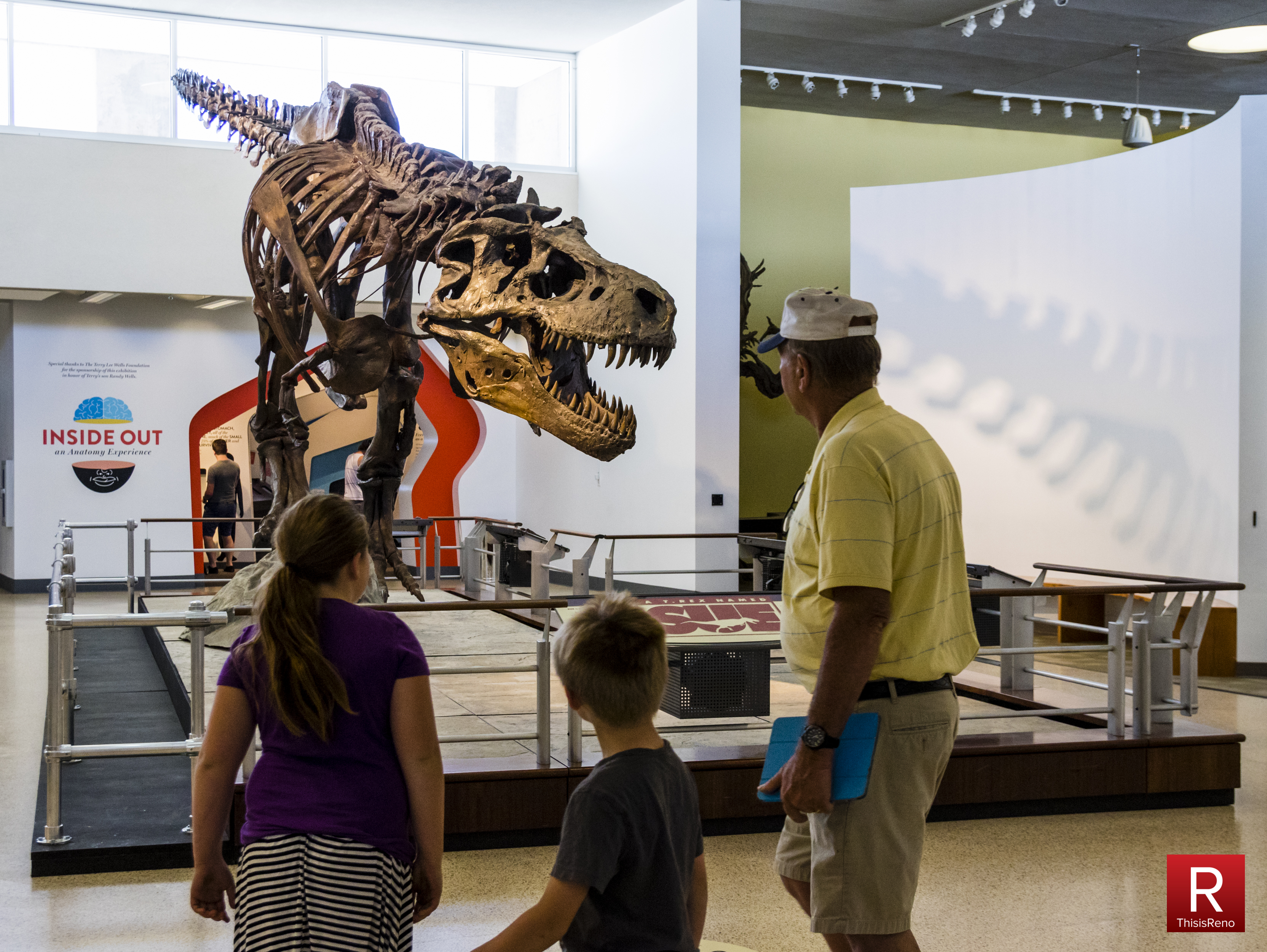 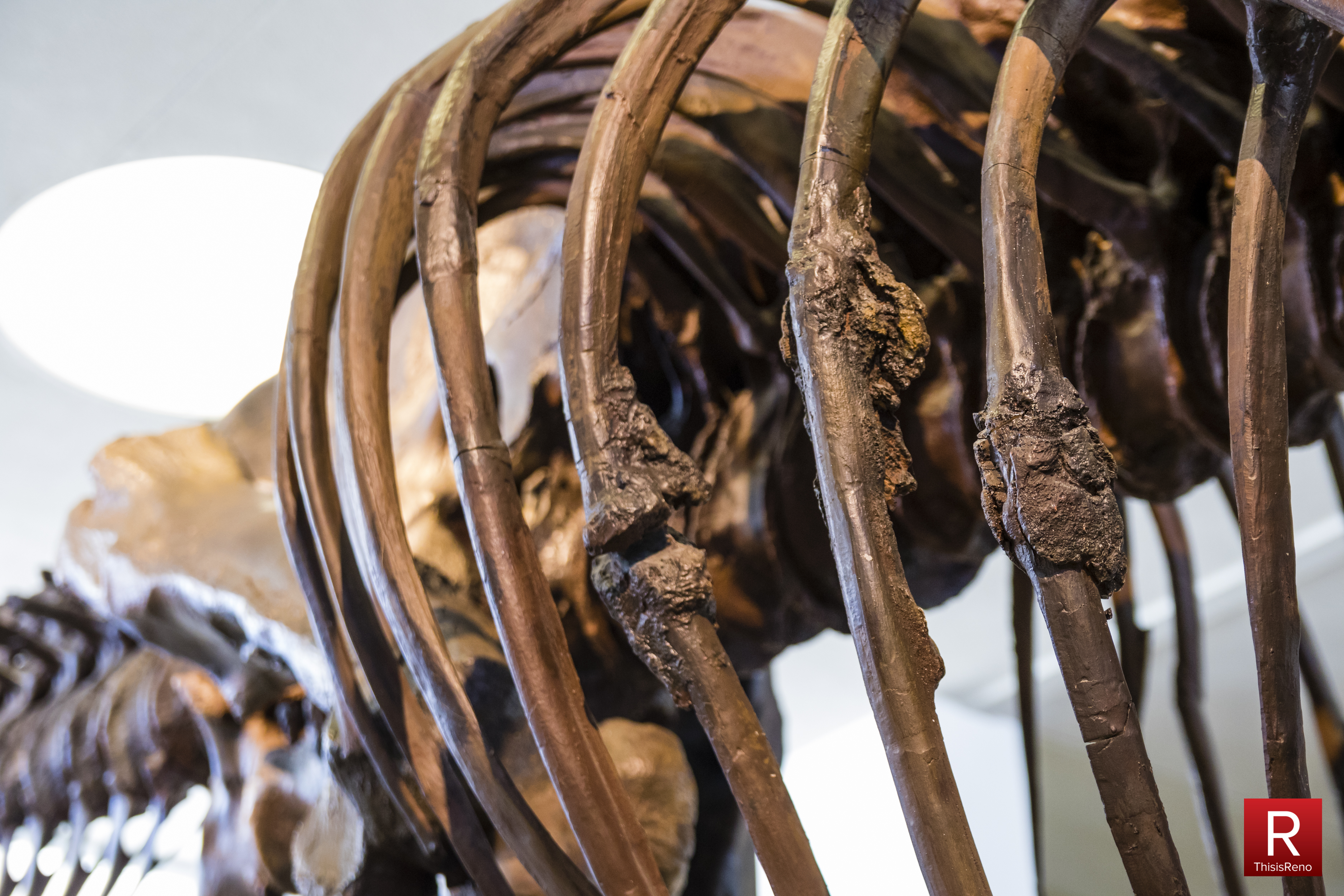 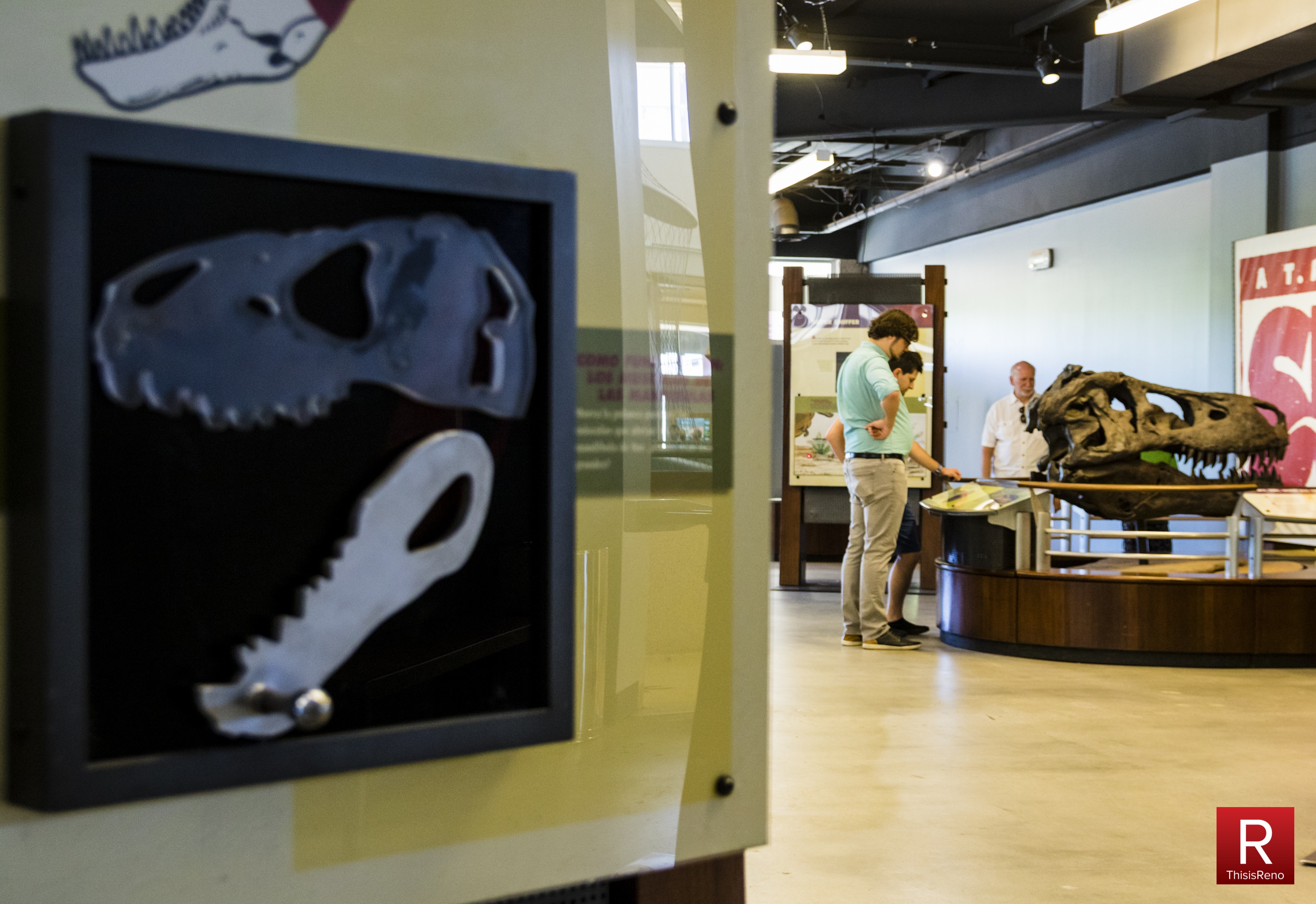 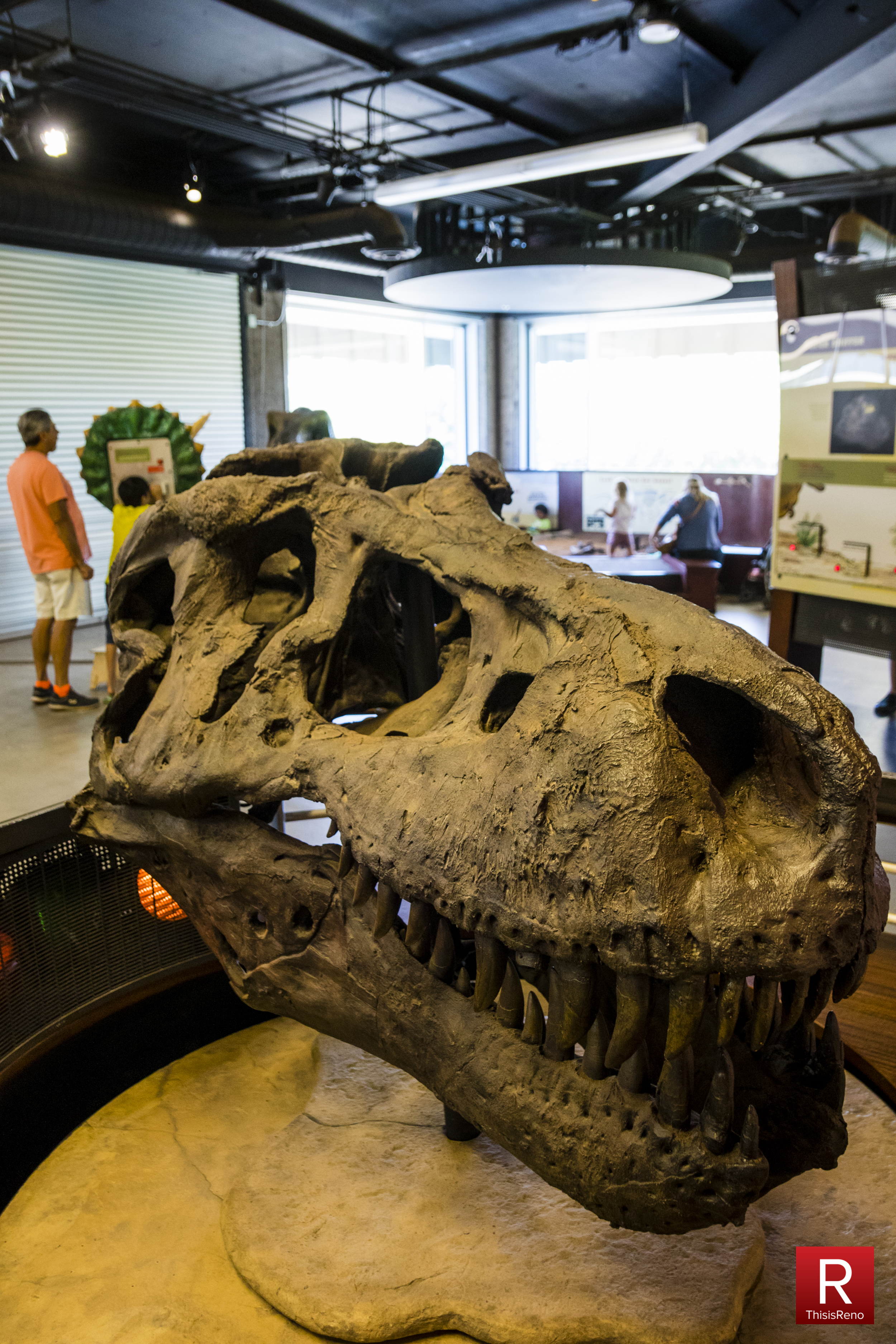 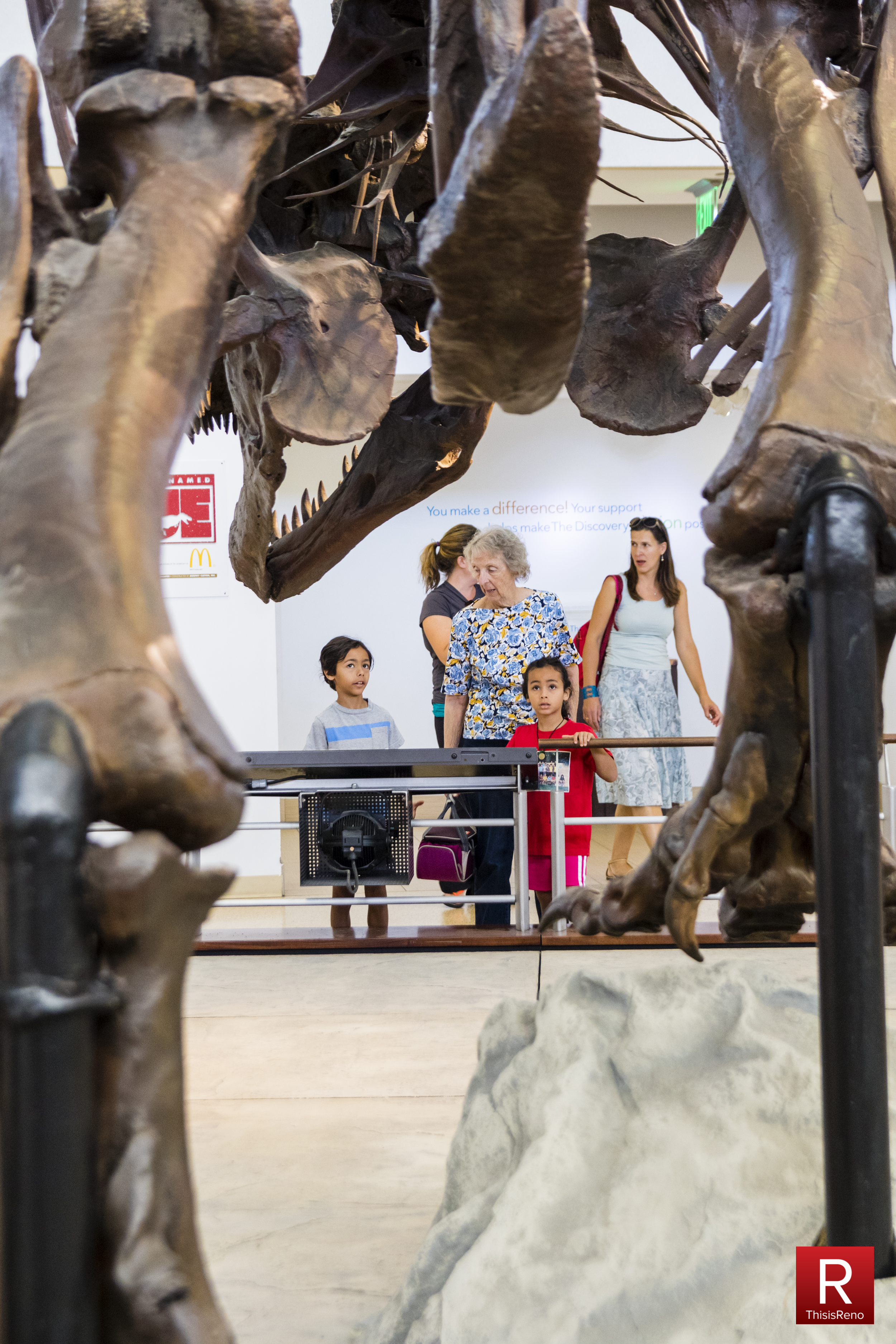 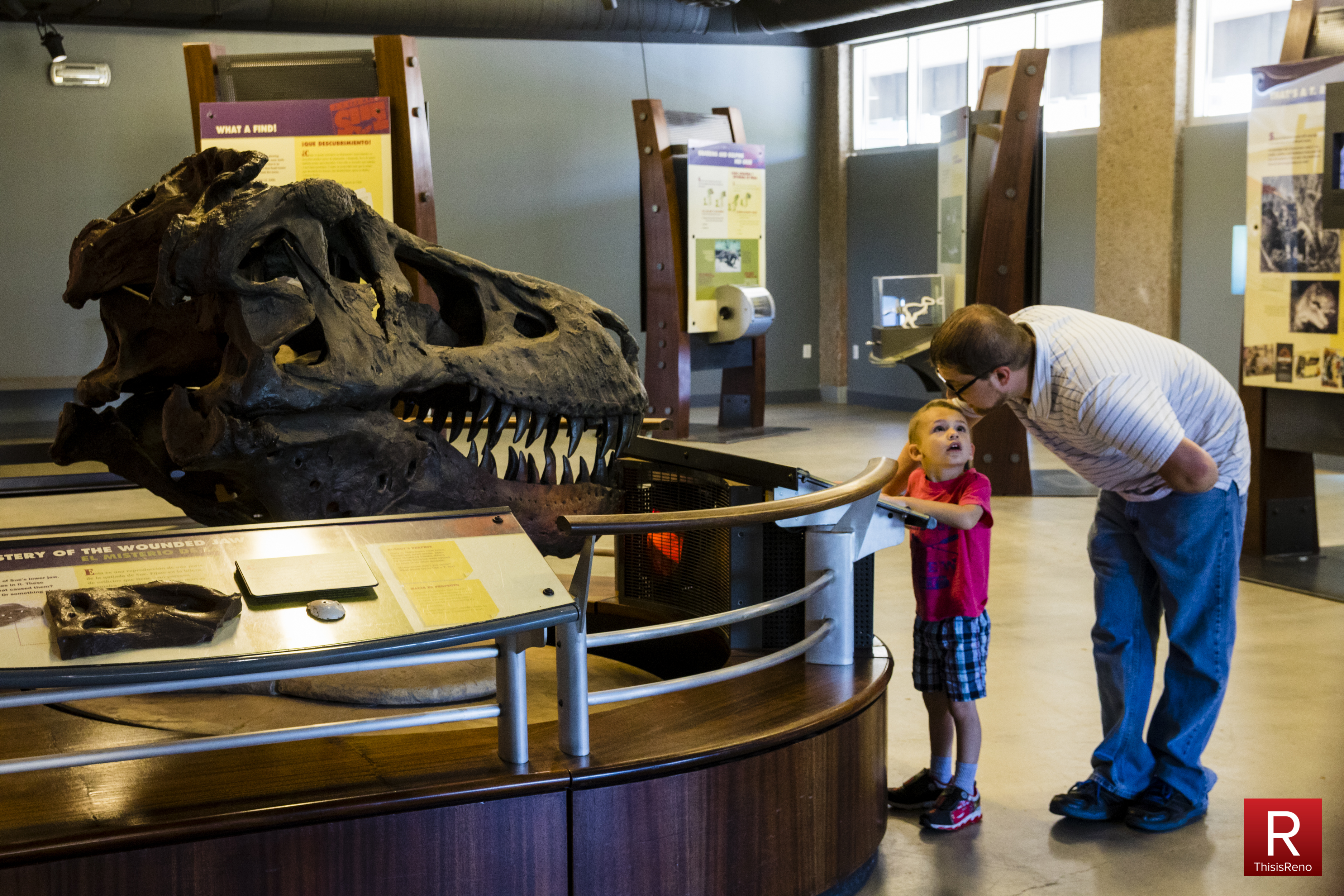 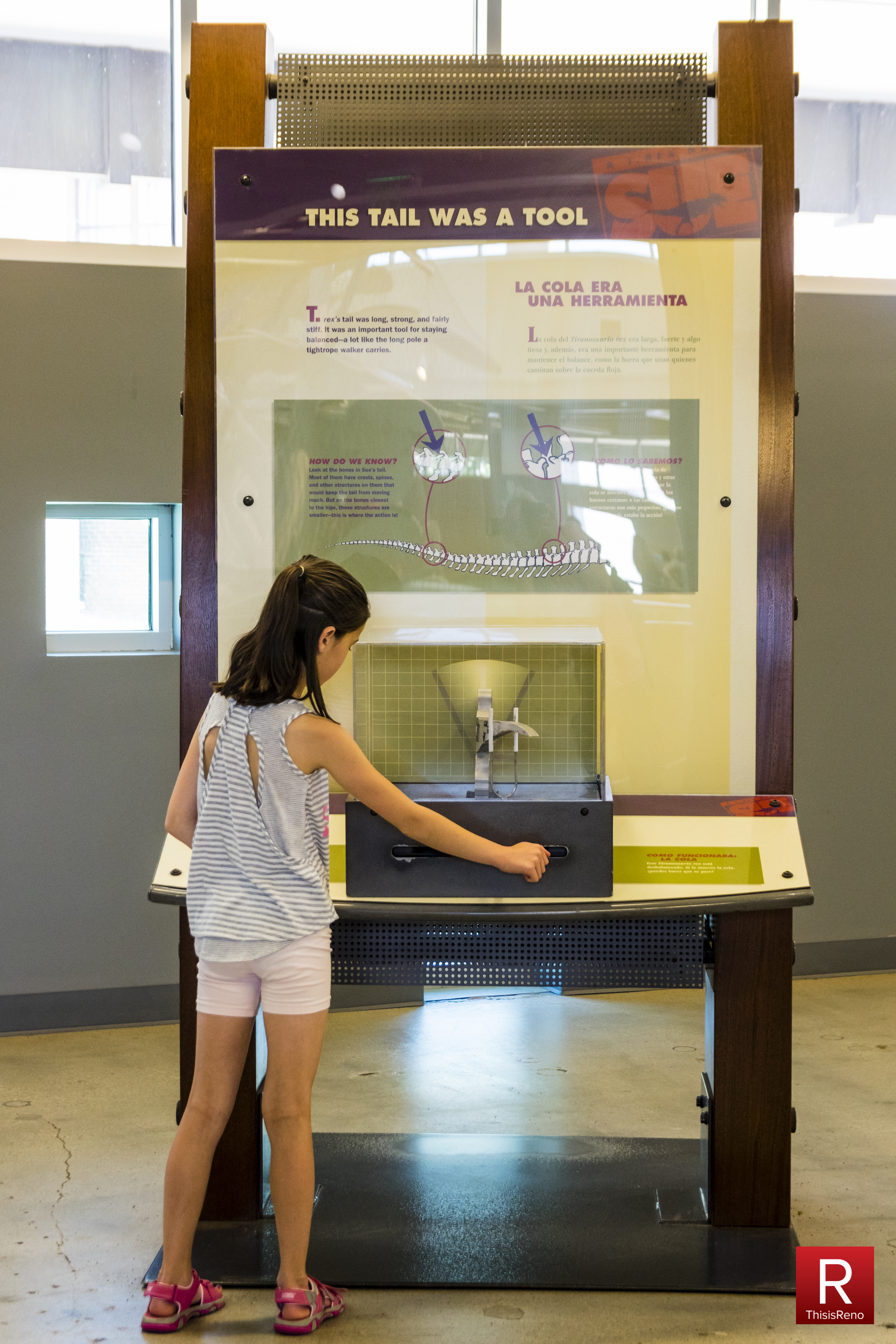 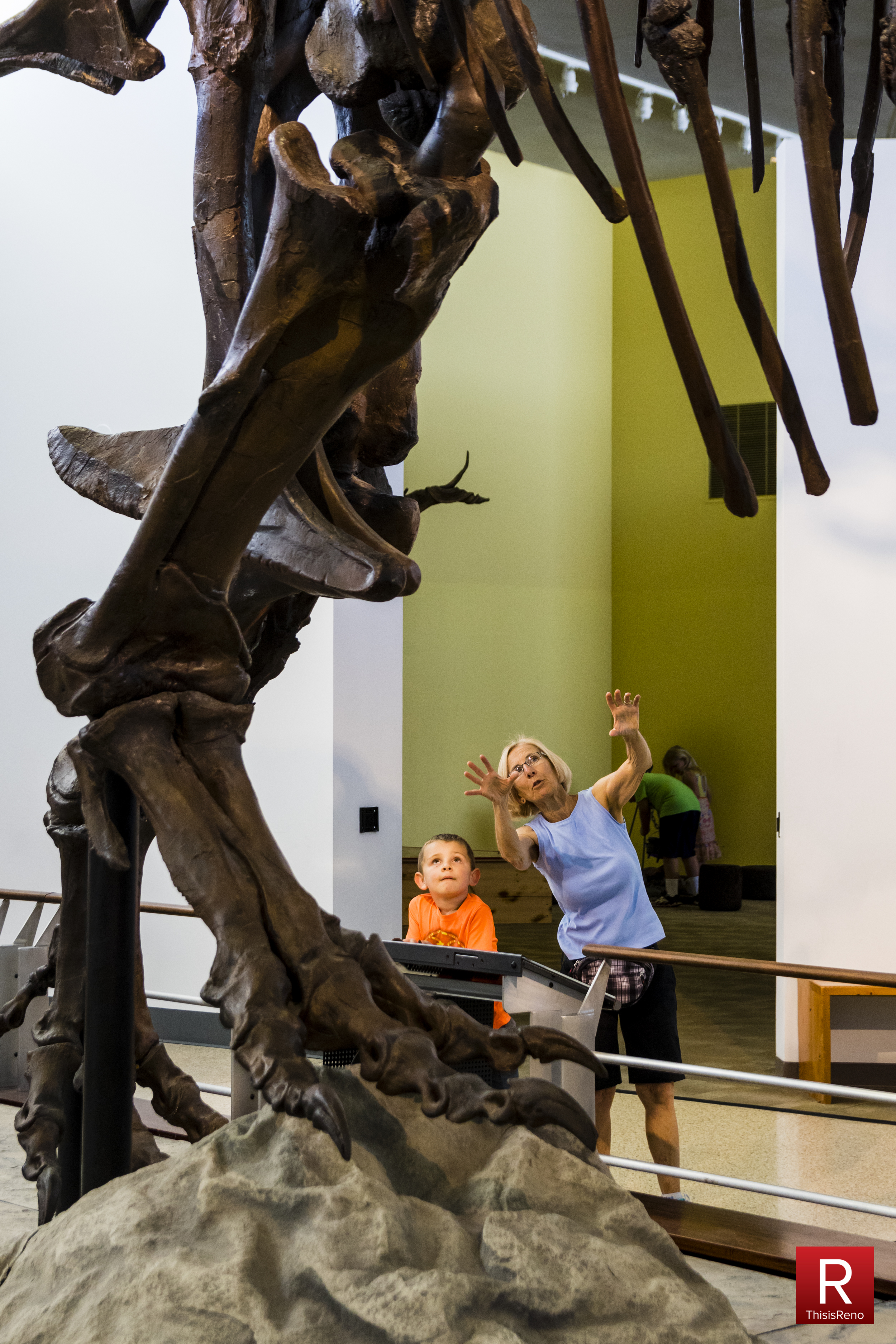 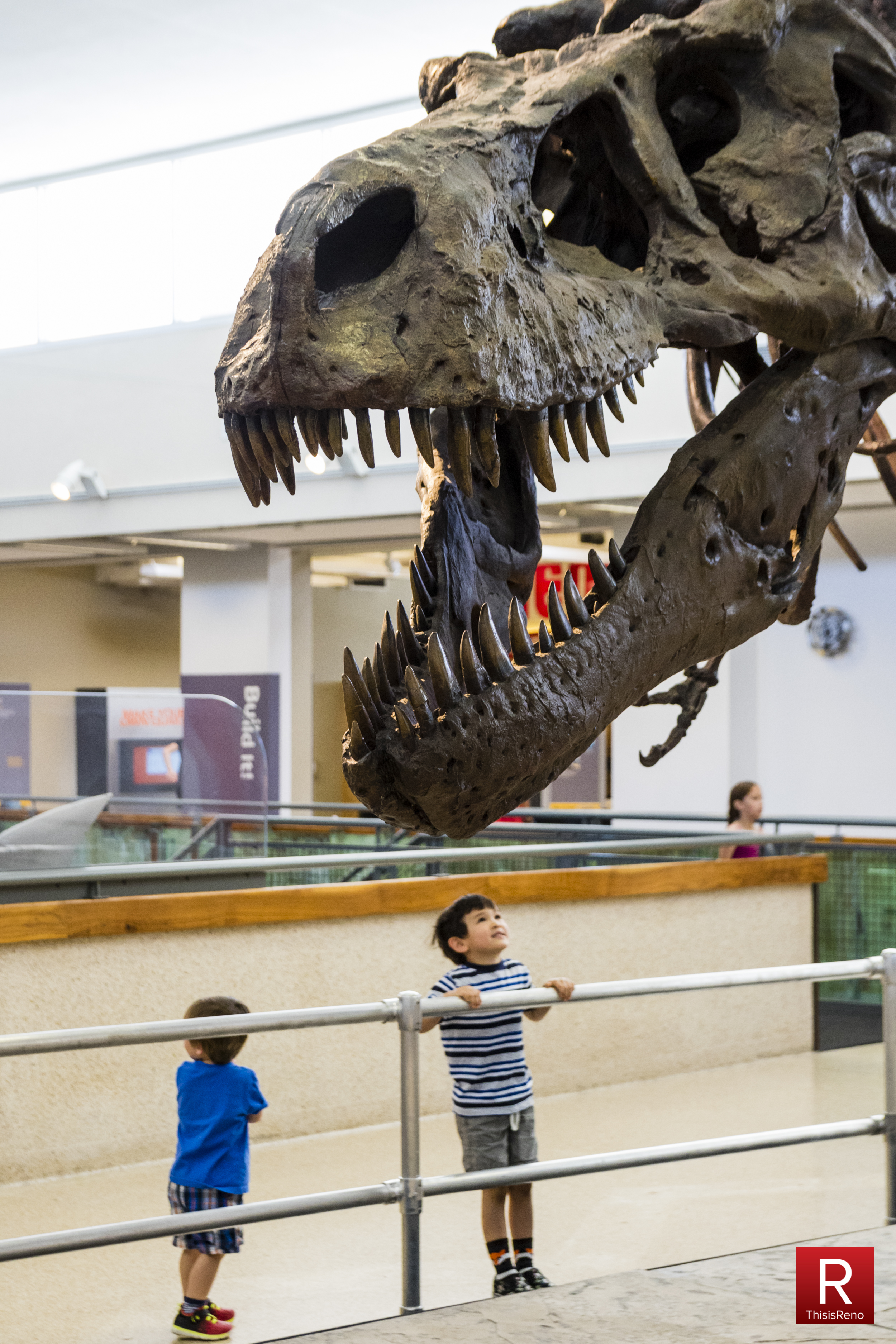