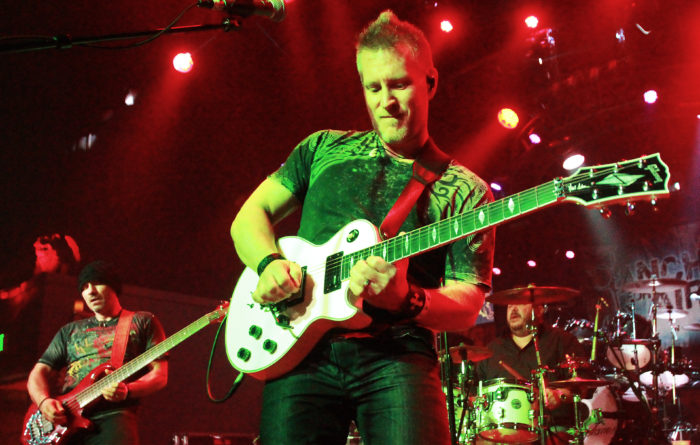 Scroll down for a gallery of images from a recent Third Edge show.

Third Edge is an independent rock band with a hard, melodic bite and a vintage flavor. Although this Reno-based trio has been writing songs in the studio for years, it wasn’t until 2014 that they solidified as the power trio. With Seattle roots, they bring a crisp new appeal to a classic rock sound. 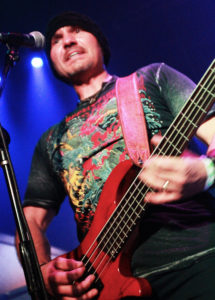 In the year 2132 on a distant refugee planet governed by totalitarian priests, a once-orphaned boy discovers his biological father was murdered by the very priests who raised him. The execution prevented a potential revolution after discovering the free-thinking power of Earth music, and the possibility of revealing a galactic-wide conspiracy over the millennia to overtake all life-producing planets. The young man then seeks revenge on the priests.

He also discovers that his father, prior to his death, hid the secret to their escape from bondage in a song. This “song of Anonymous” entitled “T.I.M.E.” (Tomorrow Is Man’s Escape) contained the prophetic melody used by his son to bring as many as would listen to the final conclusion of destroying the Federation, return the rising generation of their people back to their homeland Earth, and reuniting with the elder race in a restored paradisiacal state.

Recently I had the honor of chatting with the band in an online interview. Here’s what we talked about:

ThisIsReno: Your band name “Third Edge”…who came up with that name and what is the meaning, if there is one?

Third Edge: Well, we’ve actually struggled over and over on coming up with the right name, but nothing ever felt right. Then one evening while we were sitting around Todd’s kitchen table, talking about wanting a new name that embodies the band… Steve suggested we use something with ‘3’ in it, and then mentioned “Third Edge.”  We joked about us all feeling like we’re on the edge of our music careers… And bam! It was the one.

ThisIsReno: How do you feel the progress of the band is doing and where are you taking it?

Third Edge: 2017 is proving to be best progress we’ve seen. We just formally released our new album, “T.I.M.E.”, after working on it for quite some time (pun intended). [We’ve played] at bigger venues this past six months, including the Rockbar a couple times and most recently at the Hard Rock Hotel in South Lake Tahoe, [where] we had our album release show and shot our first video for “Don’t Look Back.” It’s looking great! The crowds have been really engaging and enjoying the tunes and we are excited to hit other venues that can create new fans! The band has been focusing on playing live and becoming more comfortable with our sound. This has created a new level of confidence in the band, and has helped the three of us gel in new and refreshing ways. One of the keys here is the recent adoption of in-ear-monitors by the band, which has really opened up the sound spectrum and allows us to more broadly “hear” each other as never before. All of this sets the stage for a great foundation as we begin writing the next album.

ThisIsReno: Where do you see the band in five years?

Third Edge: Five years? I’d say the Rock and Roll Hall of Fame. Pearl Jam did it fairly quickly, and we plan on an even quicker pace. But in all reality, we’re already starting to work on ideas for our next album. So, we see ourselves with our next album or two, and doing a lot more shows in larger venues around the states… and maybe even the world! Except for Antarctica. Well, if they sell out.

ThisIsReno: What bands influenced and inspired you guys? 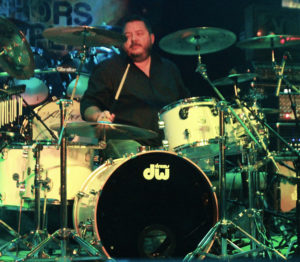 Third Edge: Todd and Thaddeus have been best friends since the seventh grade, and grew up with the same influences together, namely: Rush, Judas Priest, Van Halen, Scorpions, Black Sabbath, Ozzy. Later during the 90s scene and being from Seattle area, Pearl Jam and Alice in Chains started to add some color. Steve has been the front man for years now and even though he shreds the guitar while nailing amazing vocals, he’s a foofy girly-man – he’s still into the Go-Go’s, Britney Spears and Polka ensembles. We’re still working on him. Hehehehe, that is pretty funny. There’s no question that 80s rock has and always will wield a HUGE influence on the band. It remains one of the greatest musical eras of all time. We may not grow out our hair like some of our old hair metal favorites, but the 80s rock era will always hold a special place in our hearts, and you’ll probably be able to hear a twinge of it here and there as we continue to produce new music. Recently however, bands like Breaking Benjamin, Alter Bridge, and Volbeat have risen to the top in our listening rotation. These bands have excellent studio and live sound, and all have a unique songwriting “recipe” which is not only trendy, but very cool and lasting. Expect to hear some beefier sounding, low-tuned tracks on our next release.

ThisIsReno: How often does the band play live shows and what’s the farthest city from Reno you have played?

Third Edge:  We’ve played at gigs up the Western states. We’ll be getting ready for a summer tour through California, Oregon, and Washington, and looking forward to it. Recently we’ve been doing more live shows locally in preparation for the new album release last month. We’d love to encourage Reno and beyond to embrace live music and support original bands. We feel we have a great product and would love to share it in a live forum with everyone interested in great, modern rock and roll music.

ThisIsReno: Last but not least, can you tell me more about the album you just released?

Third Edge: Sure. “T.I.M.E.” took on a life of its own while we were writing it. At first, we thought we just had a bunch of random song ideas. But after a while, we realized that when you put them in a certain order that they actually started to tell a story that we never initially intended. Soon, it became a concept album about the son of the ‘Anonymous’ character of Rush’s epic “2112” album from 1976. It’s actually a pretty deep and detailed story, but a short recap can be found on our website at www.ThirdEdge.org/music.

All I know is if you’re a fan of Rush like I am, then this is a must hear new album from a great new band. A band that really puts on a tremendous live show as well. A band that, most importantly, you don’t want to miss the next time they play.

If the Reno music scene keeps adding on great bands like this one, there’s no doubt that sooner or later the Biggest Little City will produce a Grammy winner.

Remember to always support your local bands and venues, go to a Show! 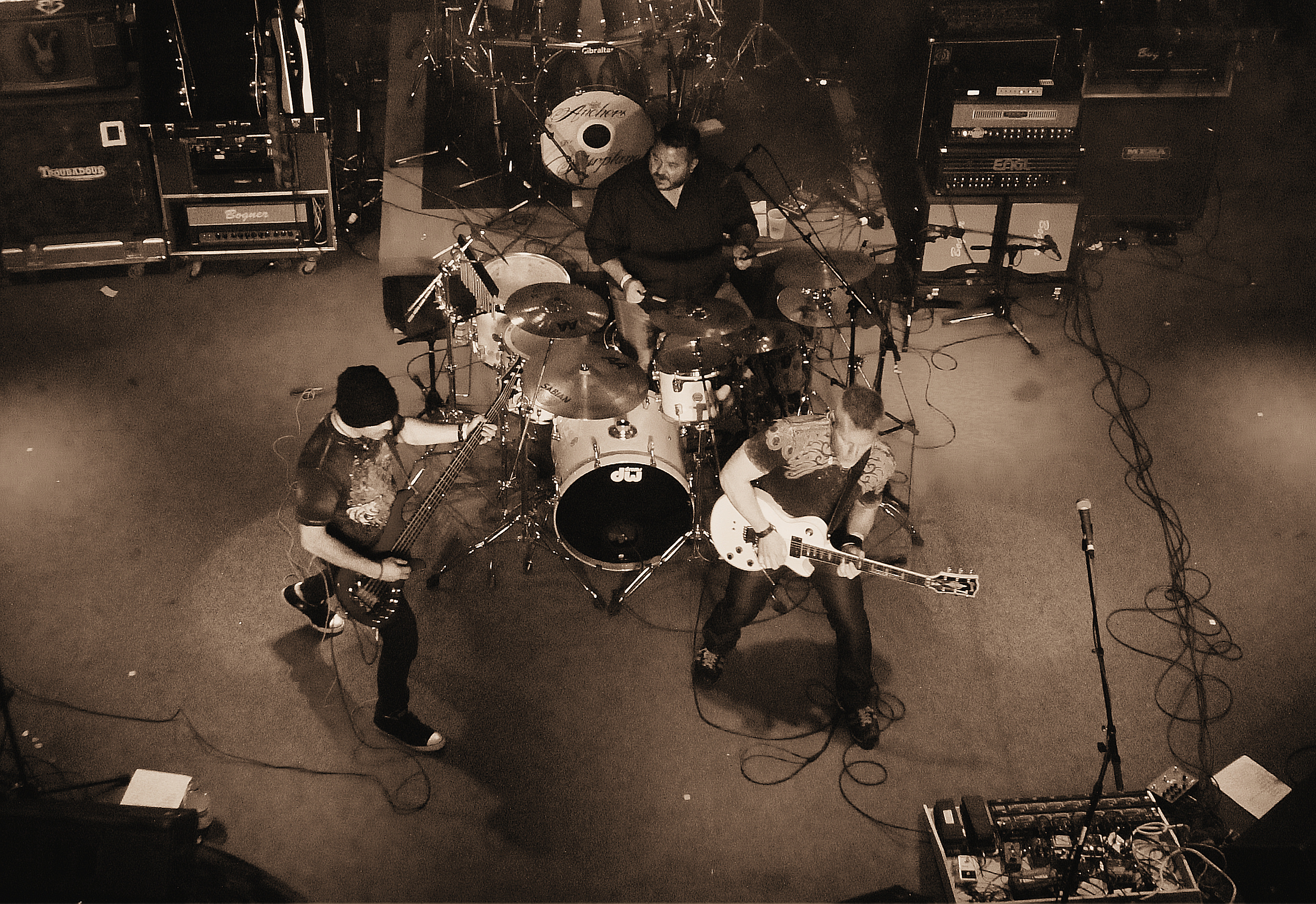 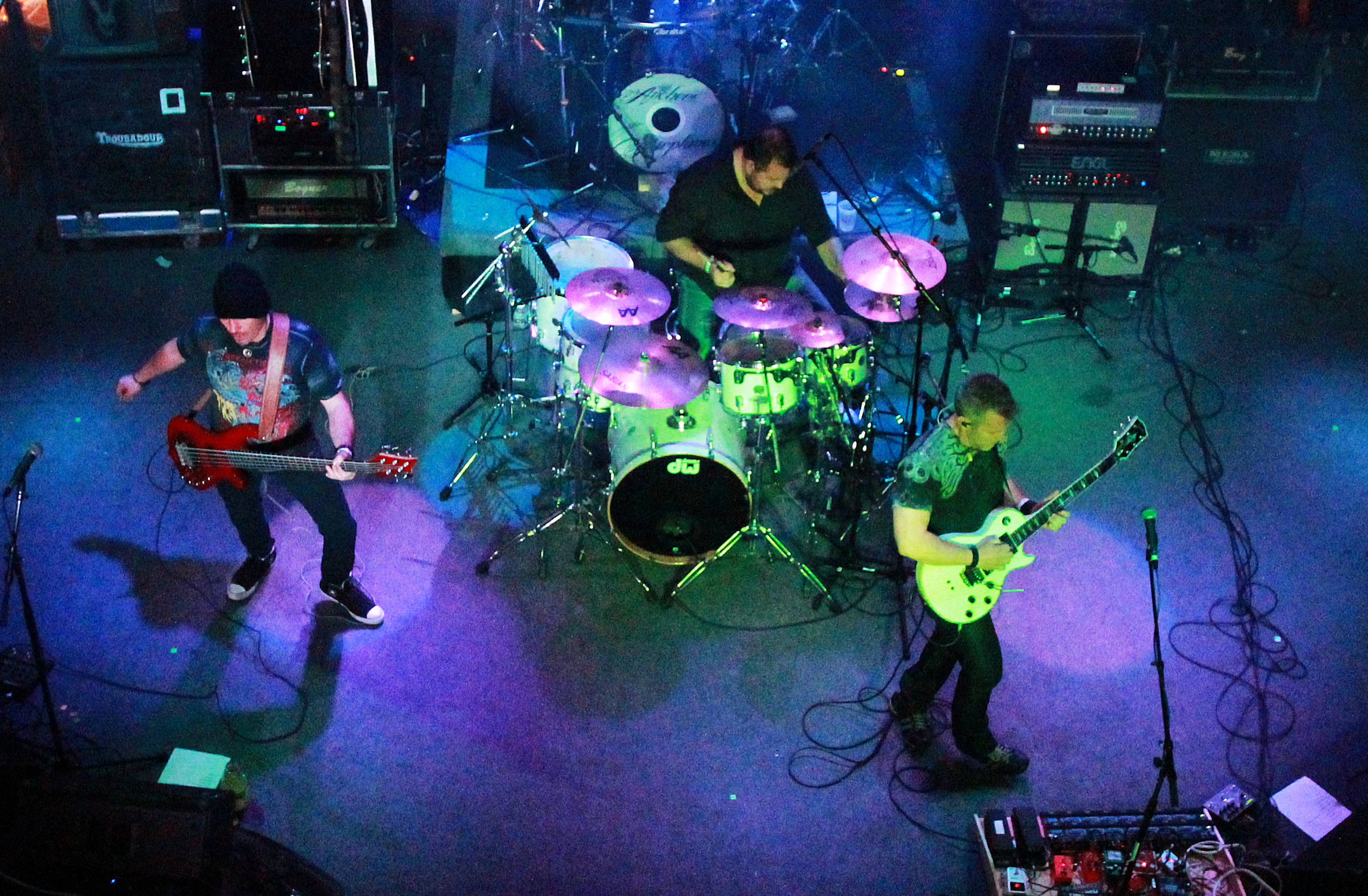 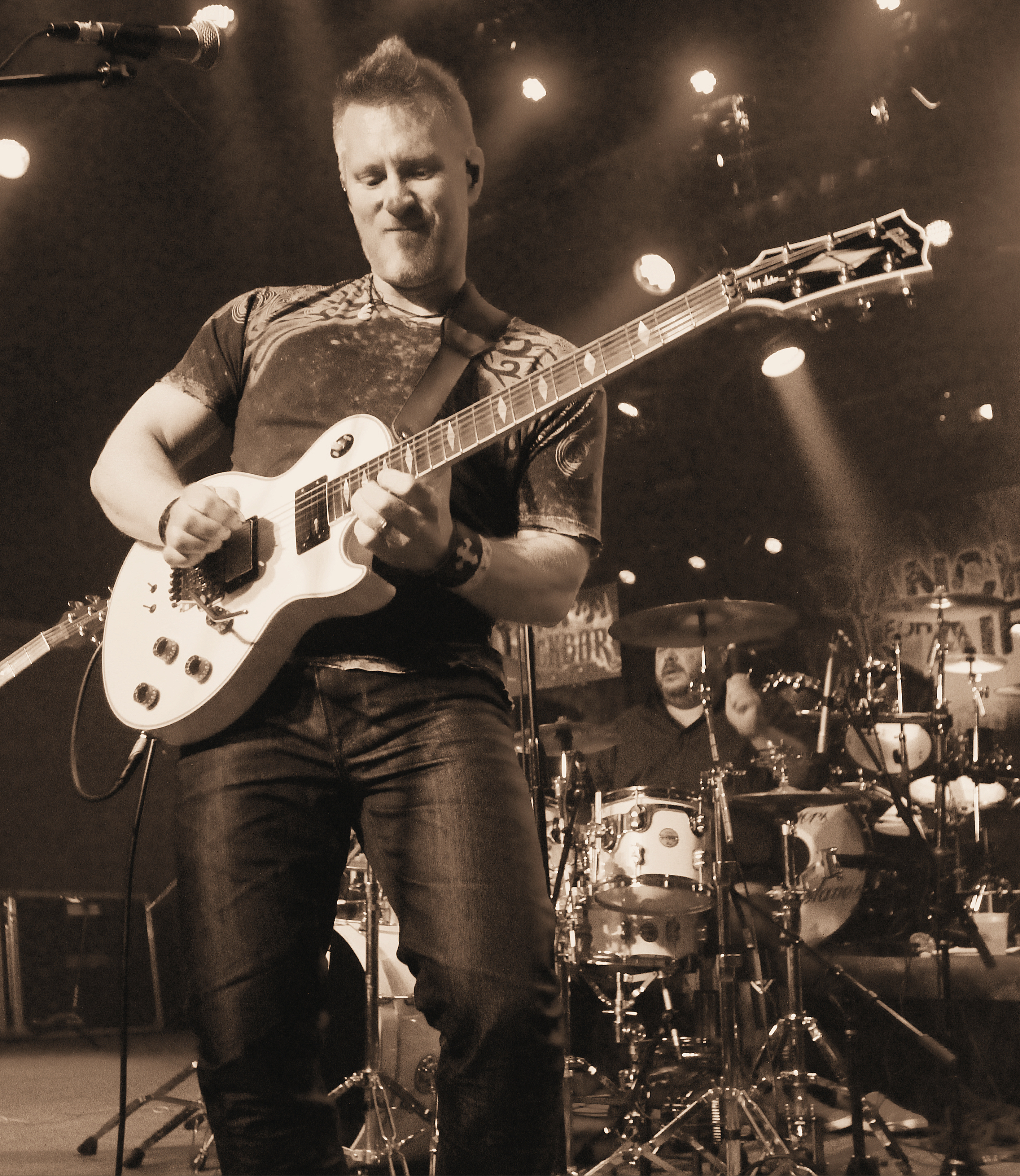 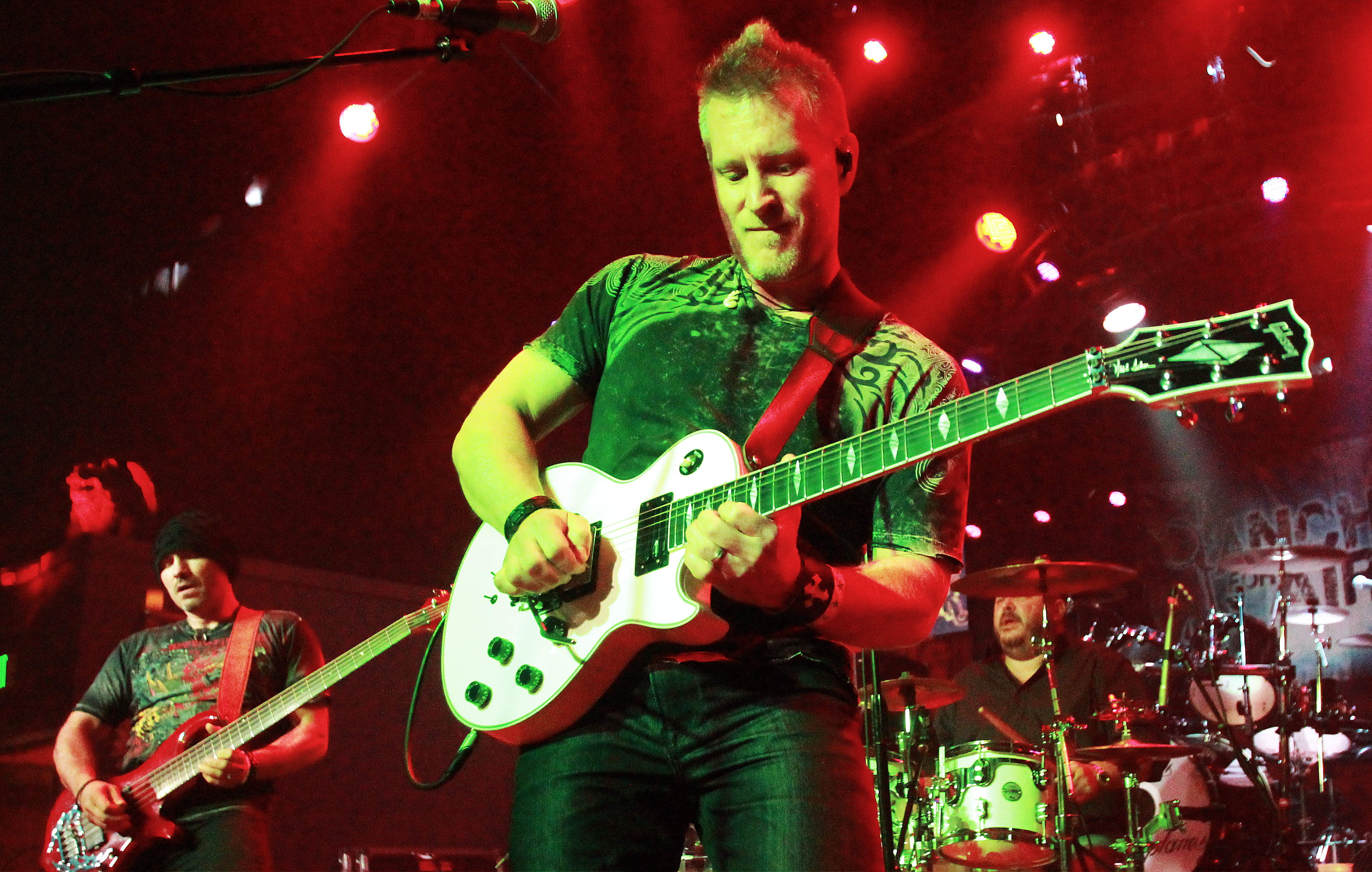 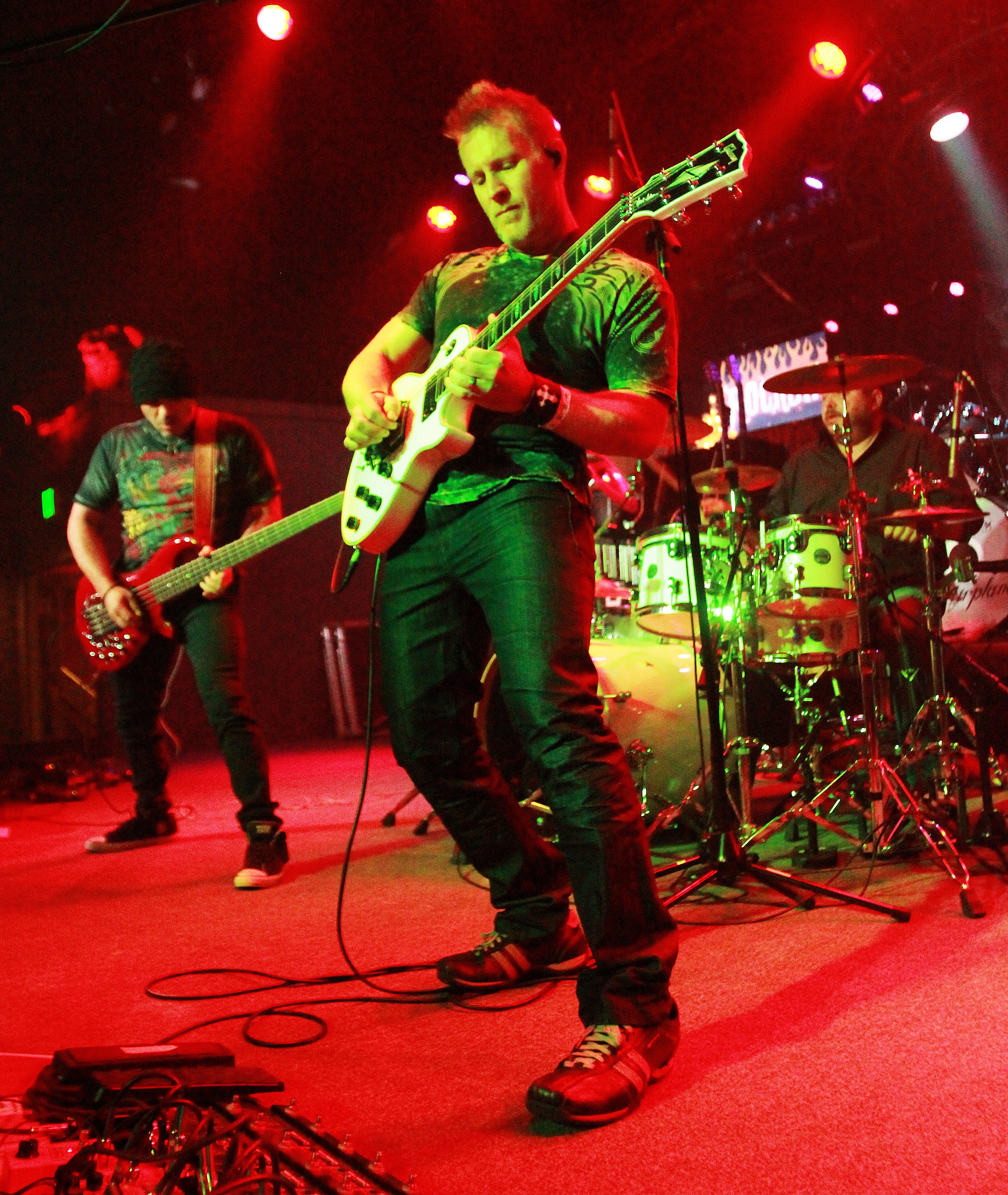 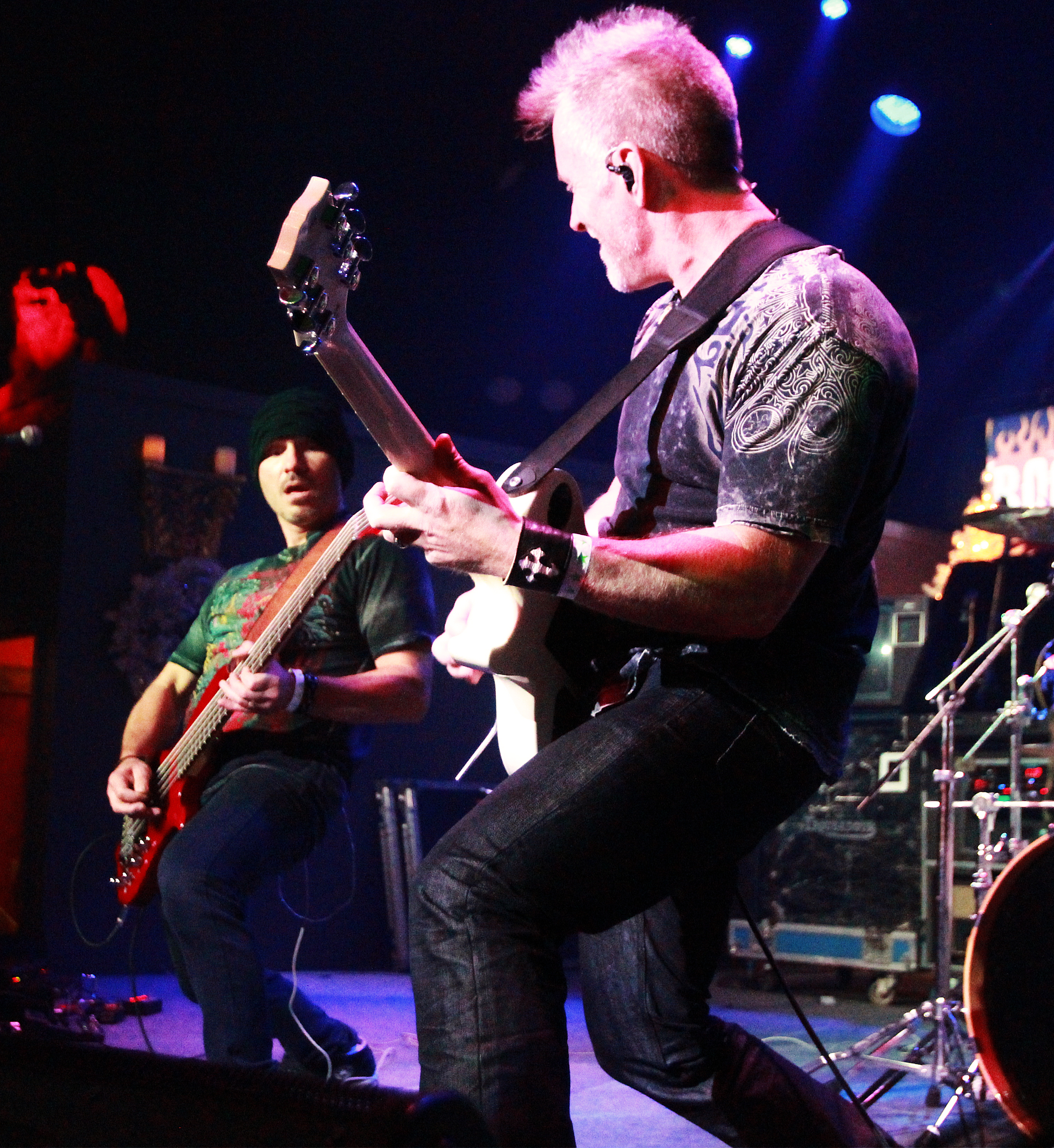 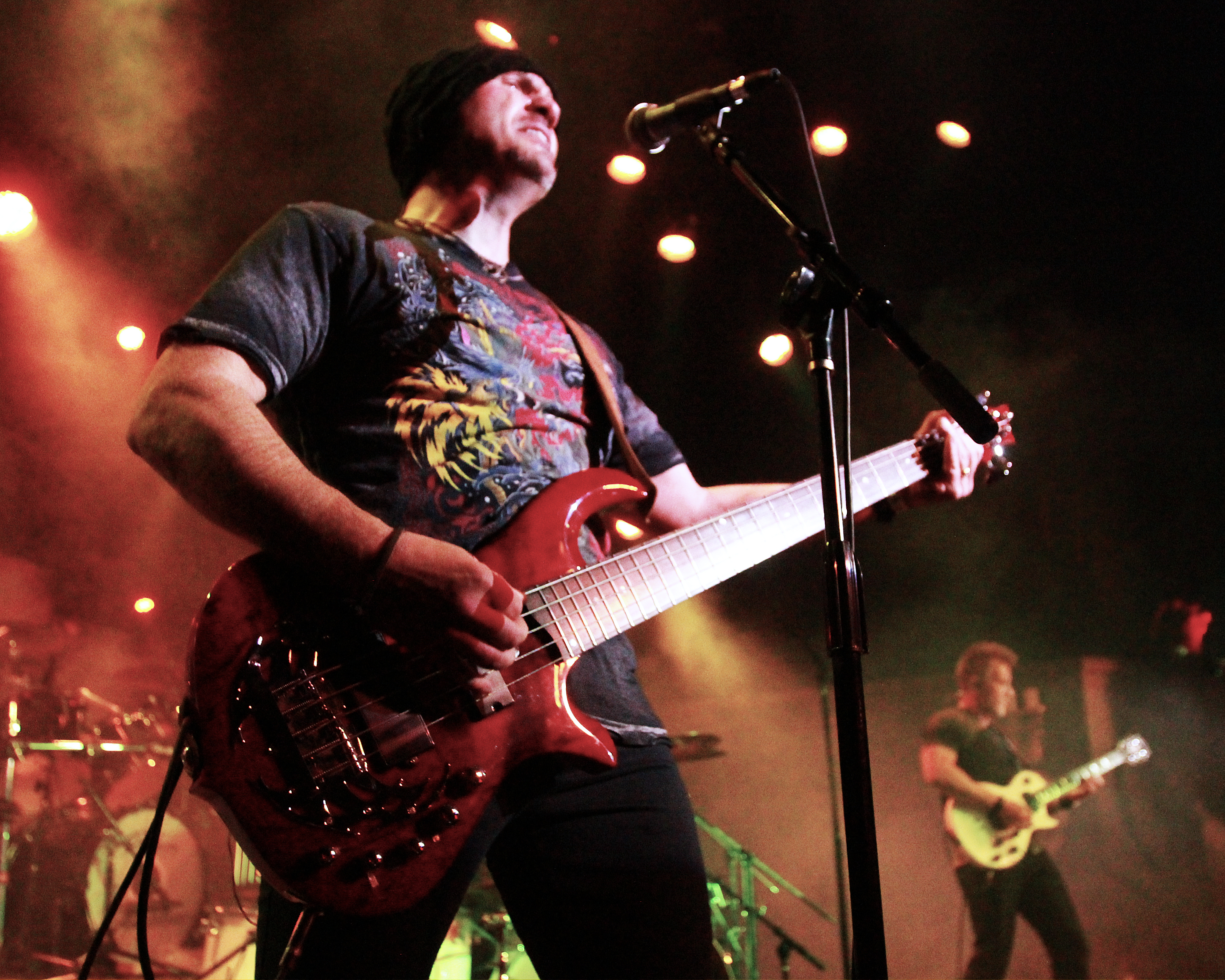 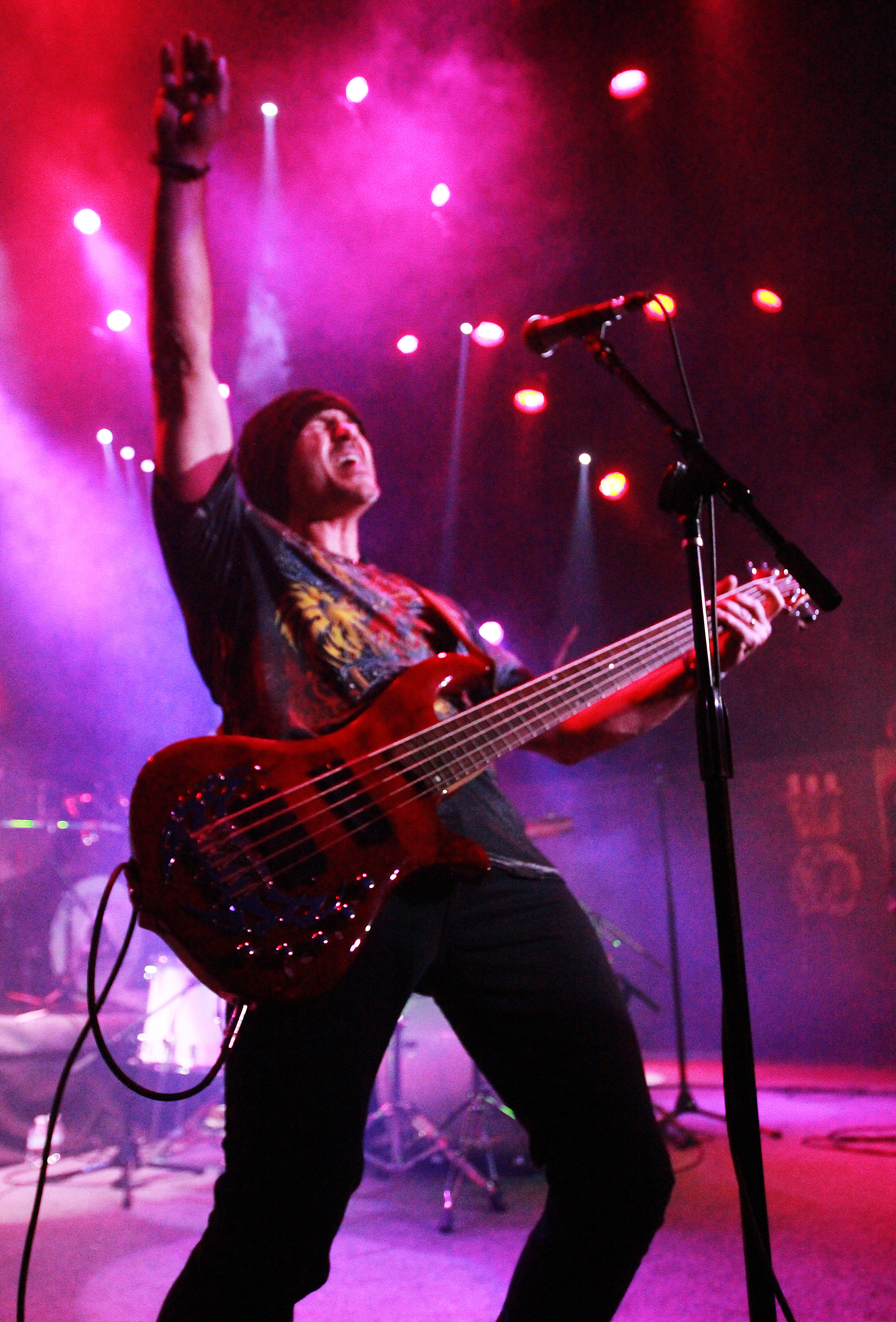 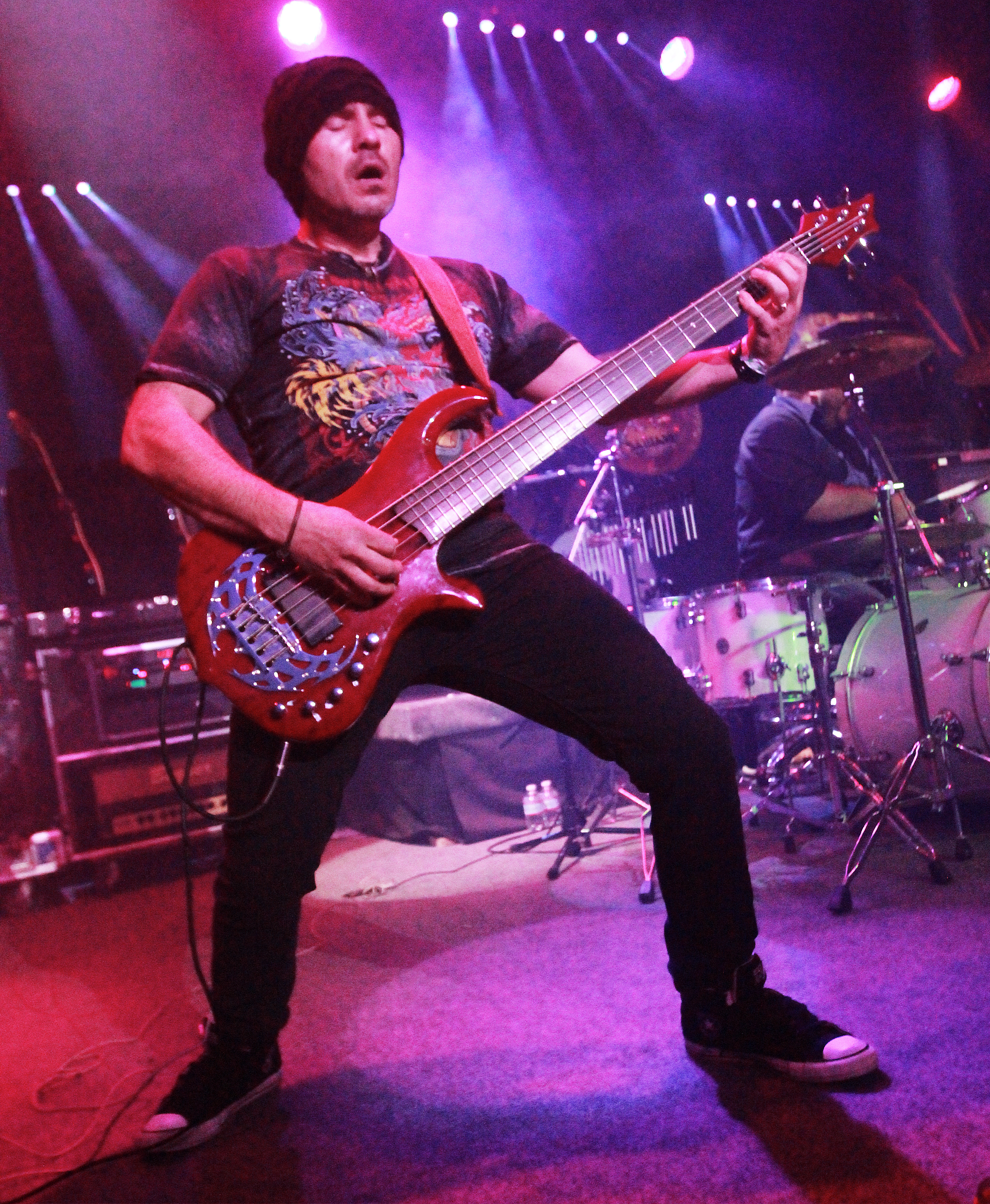 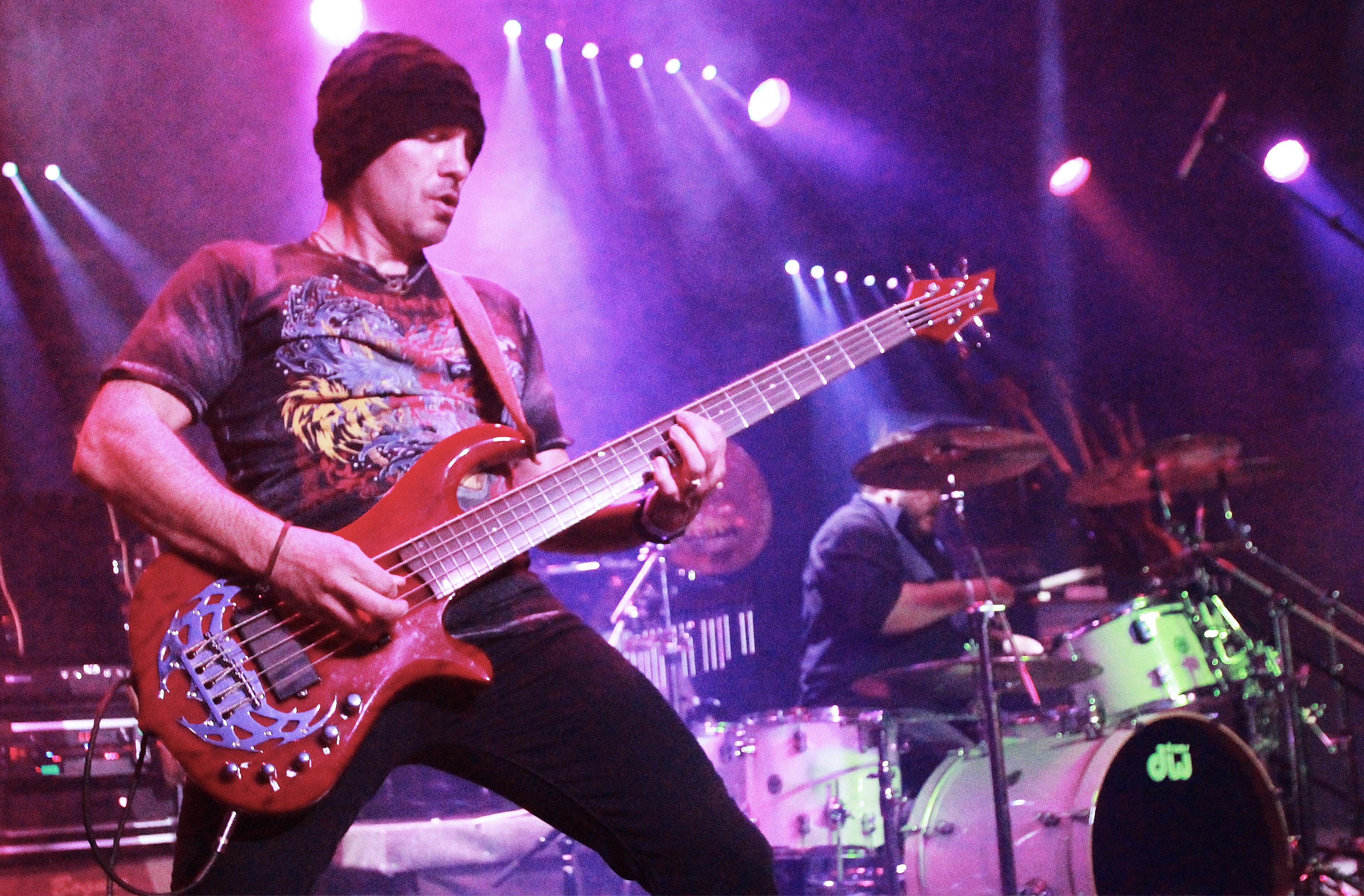 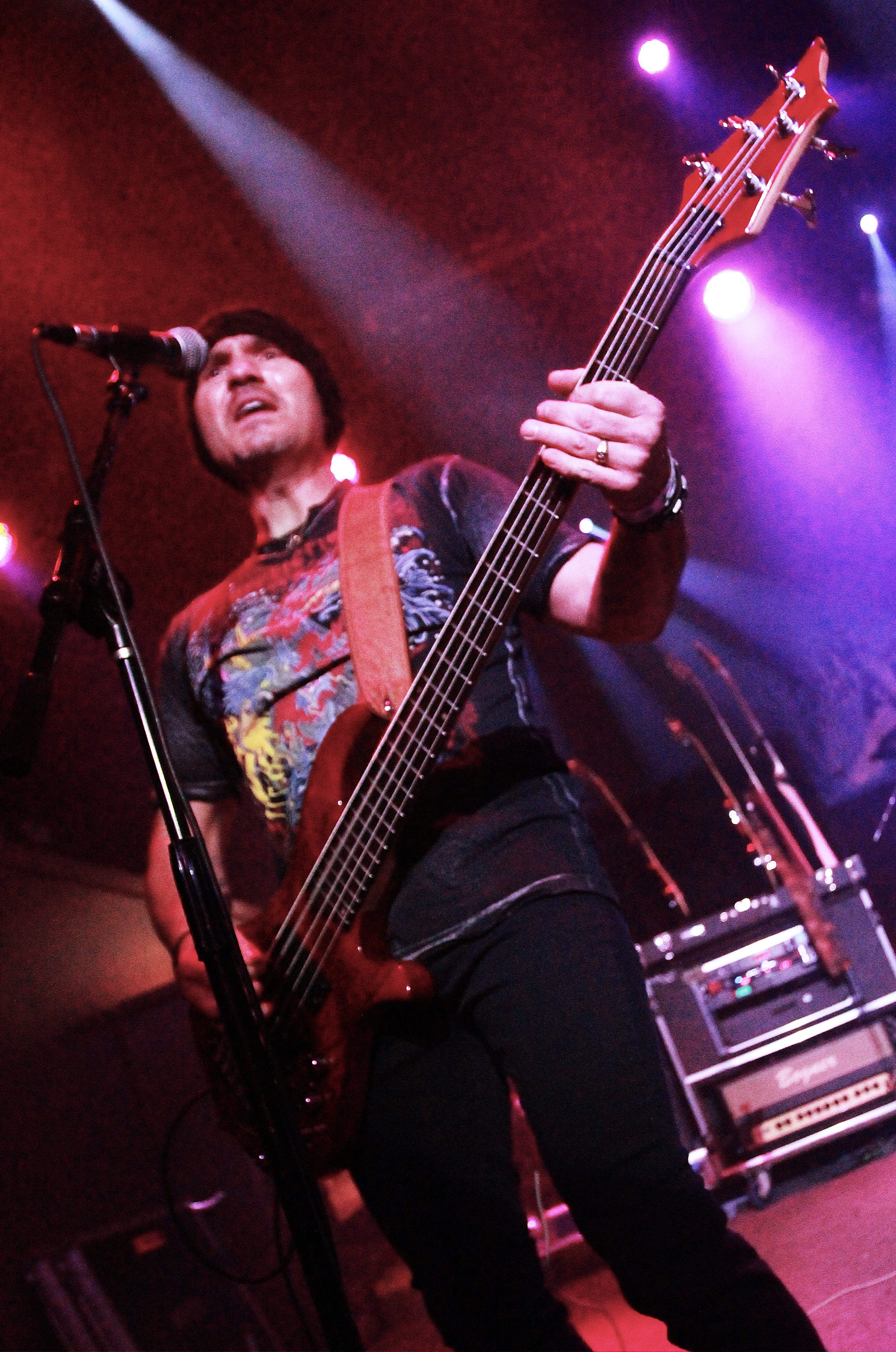 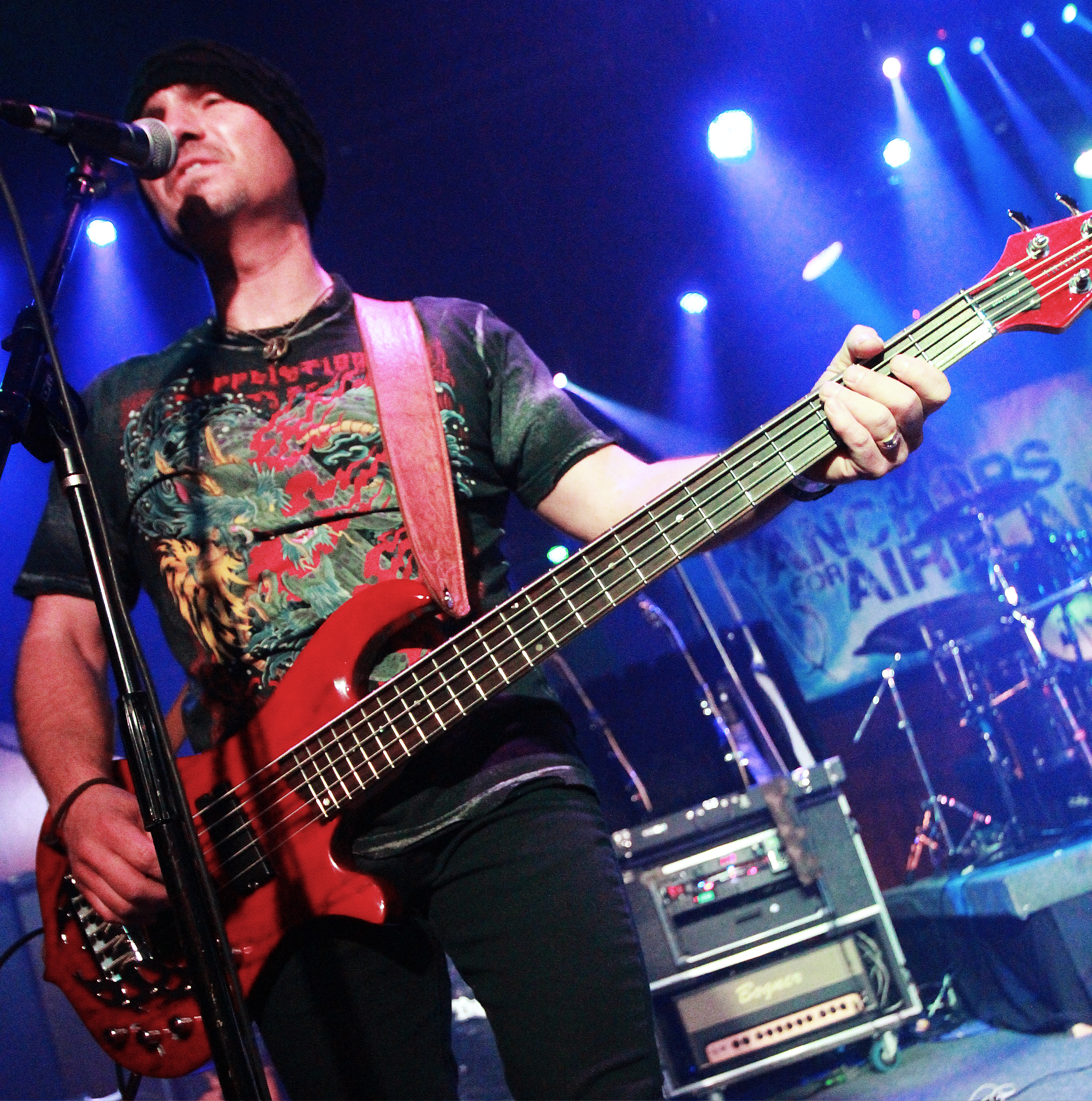 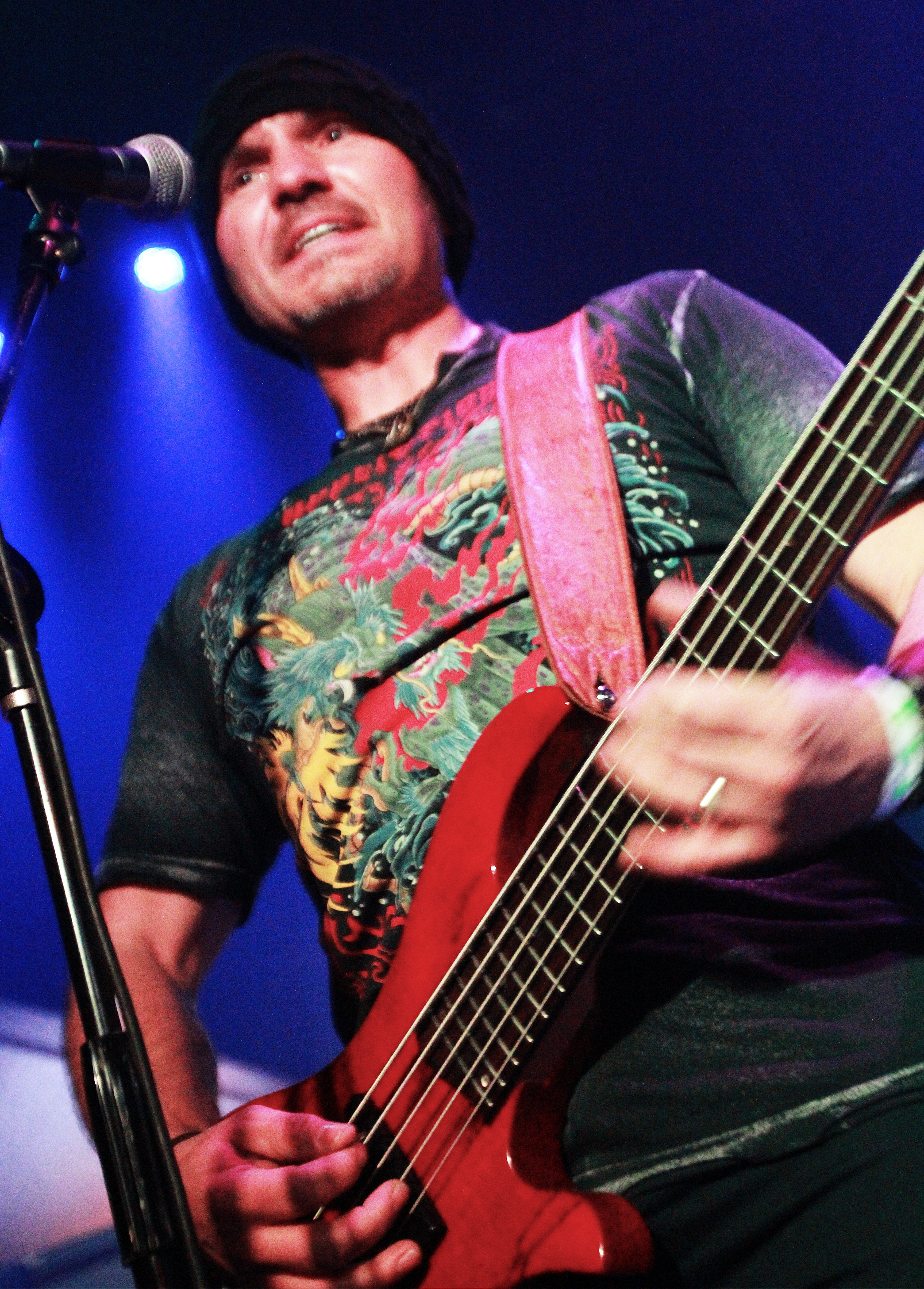 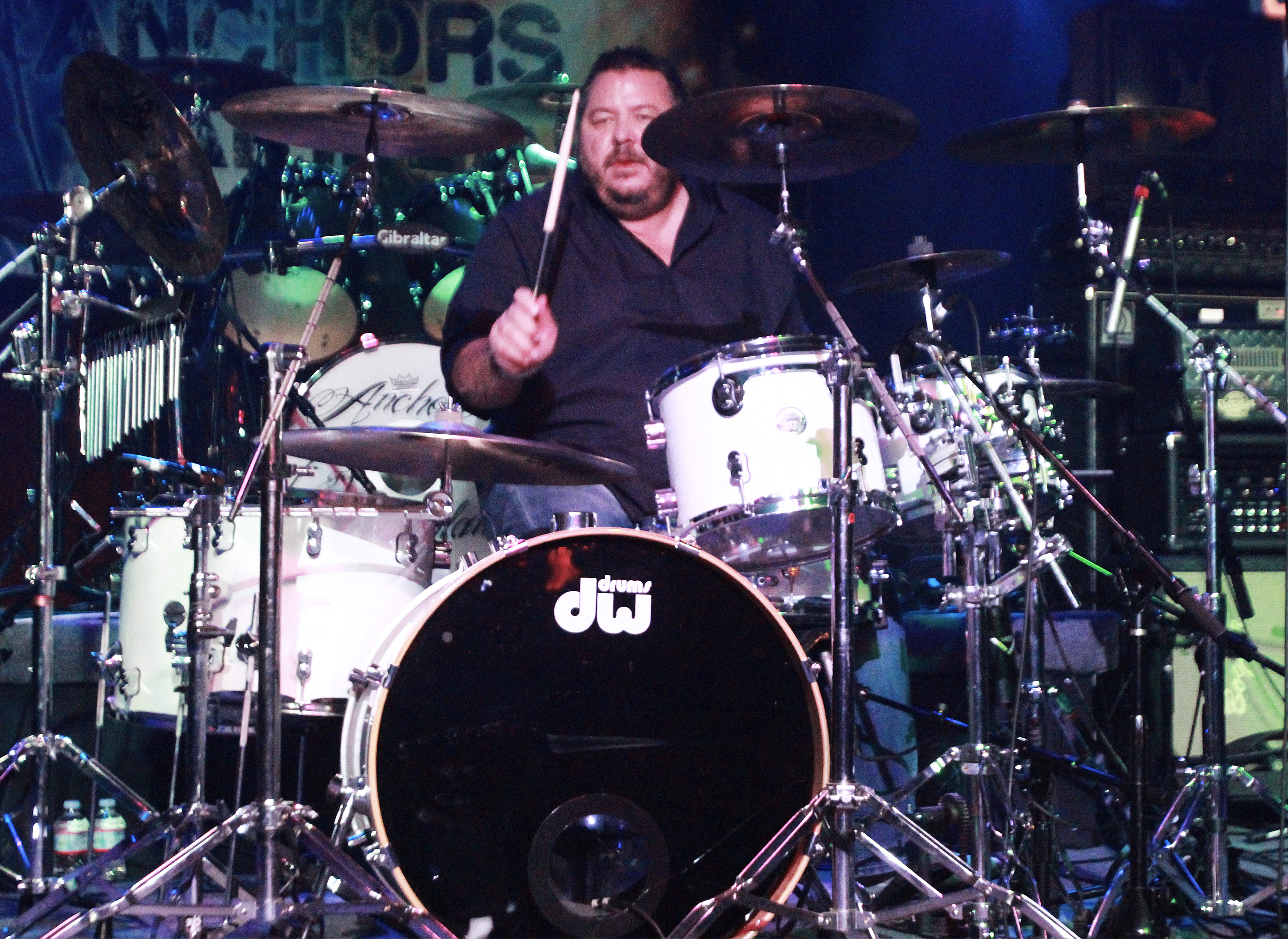 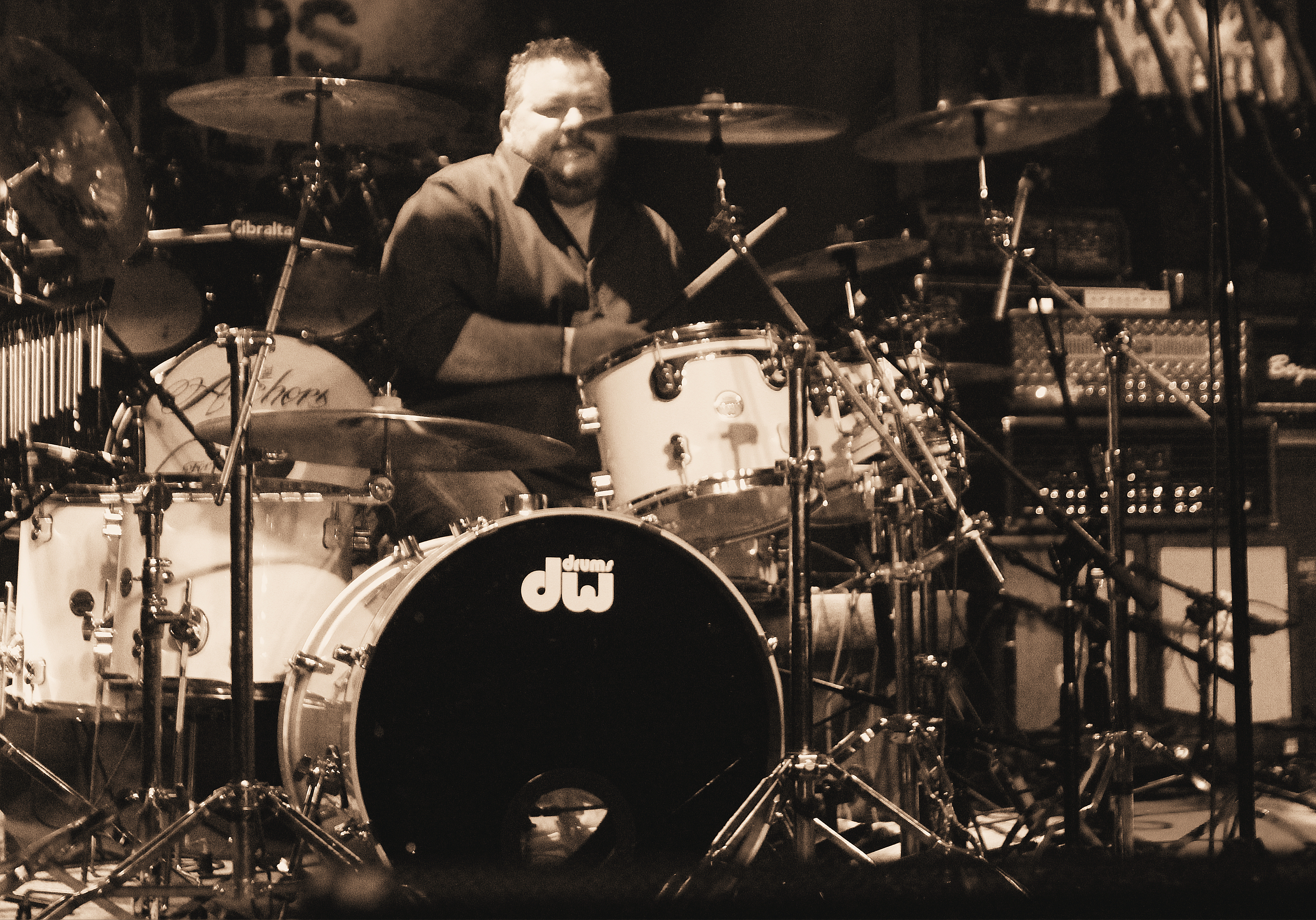 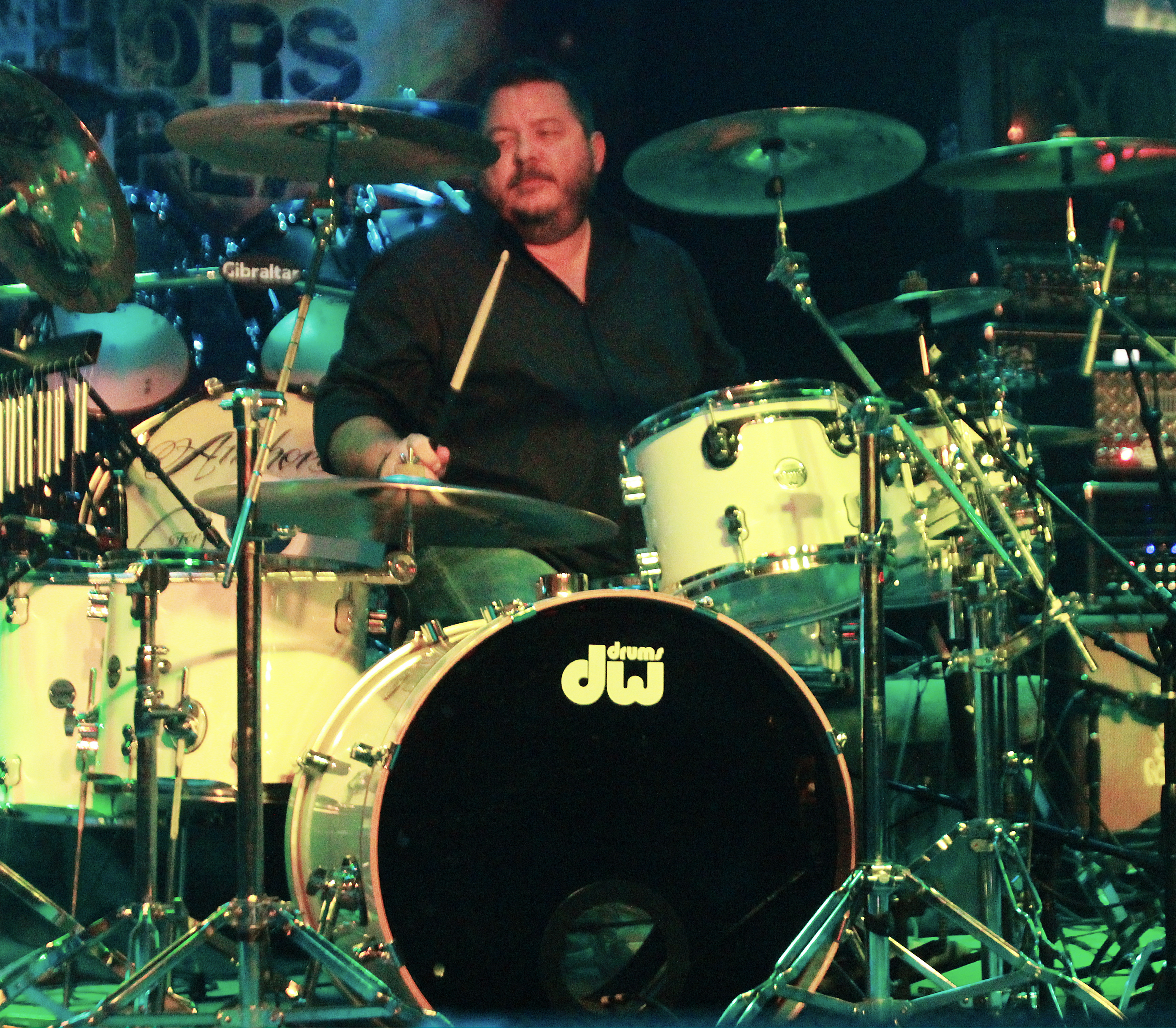