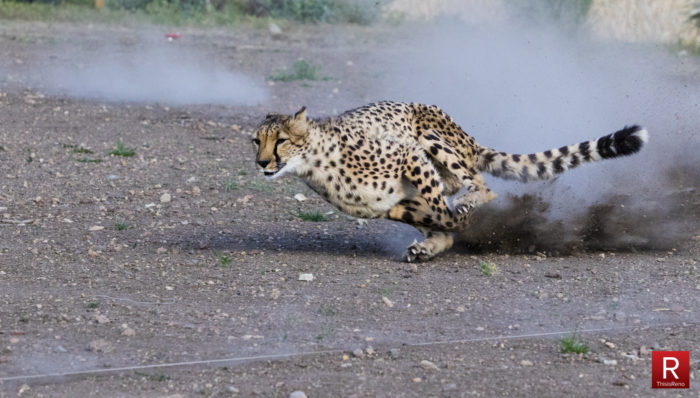 Scroll down for a gallery of images from the event.

The Animal Ark Cheetah 500 offers guests the opportunity to see the sanctuary’s two cheetahs running at full speed and off leash. It was hosted Sunday, May 28 at the wildlife sanctuary.

The event kicked off with a short educational session about cheetahs. Rachel Smith, an animal keeper and educator, talked about the sanctuary’s cheetahs. She first explained that while most big cats will fight to defend their food, cheetahs, with their light frame, will run from a threat. A rake smacking the ground or loud stomp could be all it takes to stop a cheetah from misbehaving.

Cheetahs, she continued, lack the strength to kill their prey by breaking the neck, say as a leopard might. Instead they rely on suffocating their prey by crushing the windpipe. A few members of the audience put their hands to their necks at the thought.

A composite image of a cheetah as it runs. Photo: Ty O’Neil

Smith noted that while cheetahs are the fastest land animal, clocking in at 70 miles per hour, that top speed is for young cheetahs running at sea level in Africa on perfectly flat ground. Cheetahs at Animal Ark are 11 years old running uphill at 6,500 feet elevation. That aside, they were expected to hit around 40 miles per hour or more, still faster than a greyhound racing dog.

Allowing the cheetahs to run freely has a very important role in the cats’ lives, Smith added. Cheetahs only catch around 50 percent of the prey they chase, and of that up to half of it is taken away from them by larger predators. This means that they are always on the hunt and their physical health relies in part on running. Smith explained that cheetahs in zoos without the ability to run often suffer from health issues that can result in the cats being unable to digest their food.

Susan Koppel, Animal Ark’s photographer, gathered a group of photographers who had purchased special tickets permitting them to take photographs from behind the sanctuary’s blinds. She went over camera settings that she has had success with, and explained the course. Both cheetahs would make two laps, giving a total of four passes in front of the photographers in a large U shape. Koppel is a talented photographer and her advice was of great value as with only four passes to photograph the cheetahs, having someone with prior experience removed some of the guesswork that comes with photography. 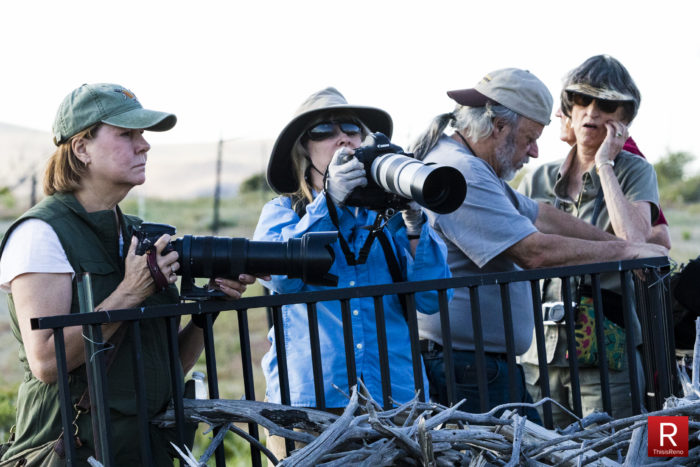 The Cheetah 500 is a prized opportunity for photographers. Photo: Ty O’Neil

At the approach of the first cheetah, Jamar, the crowd hushed and camera phones and DSLR’s stood poised and waiting. A lure, made from caution tape, sprang from a road cone on a fishing line like trail. The sound of shutters clacking filled the air as the cheetah sprang forward in full pursuit. Dirt sprayed up from under the cat’s paws as it rounded the corners, claws extended and eyes focused, on the flapping yellow prey. It is a thing of natural beauty to watch these cats run freely and with such excitement.

After their runs the cheetahs were escorted back to their house as audience members compared videos and images with each other. Diana Hibel, co-founder of Animal Ark, showed the leaving participants a section of fur from the cheetah’s winter coat and thanked everyone for coming.

I spoke with Hibel briefly and she told me about raising awareness of the cheetahs and the challenges wild cheetahs currently face through loss of habitat and ranchers killing them. Animal Ark’s cheetahs, Moyo and Jamar, are local ambassadors for the species. If the crowd’s conversations were any clue, it seems they are doing a great job getting people interested in preserving the species. At this time, less than 10,000 cheetahs live in the wild.

Want to attend the next Cheetah 500 or learn more about Animal Ark? Visit: http://animalark.org/ 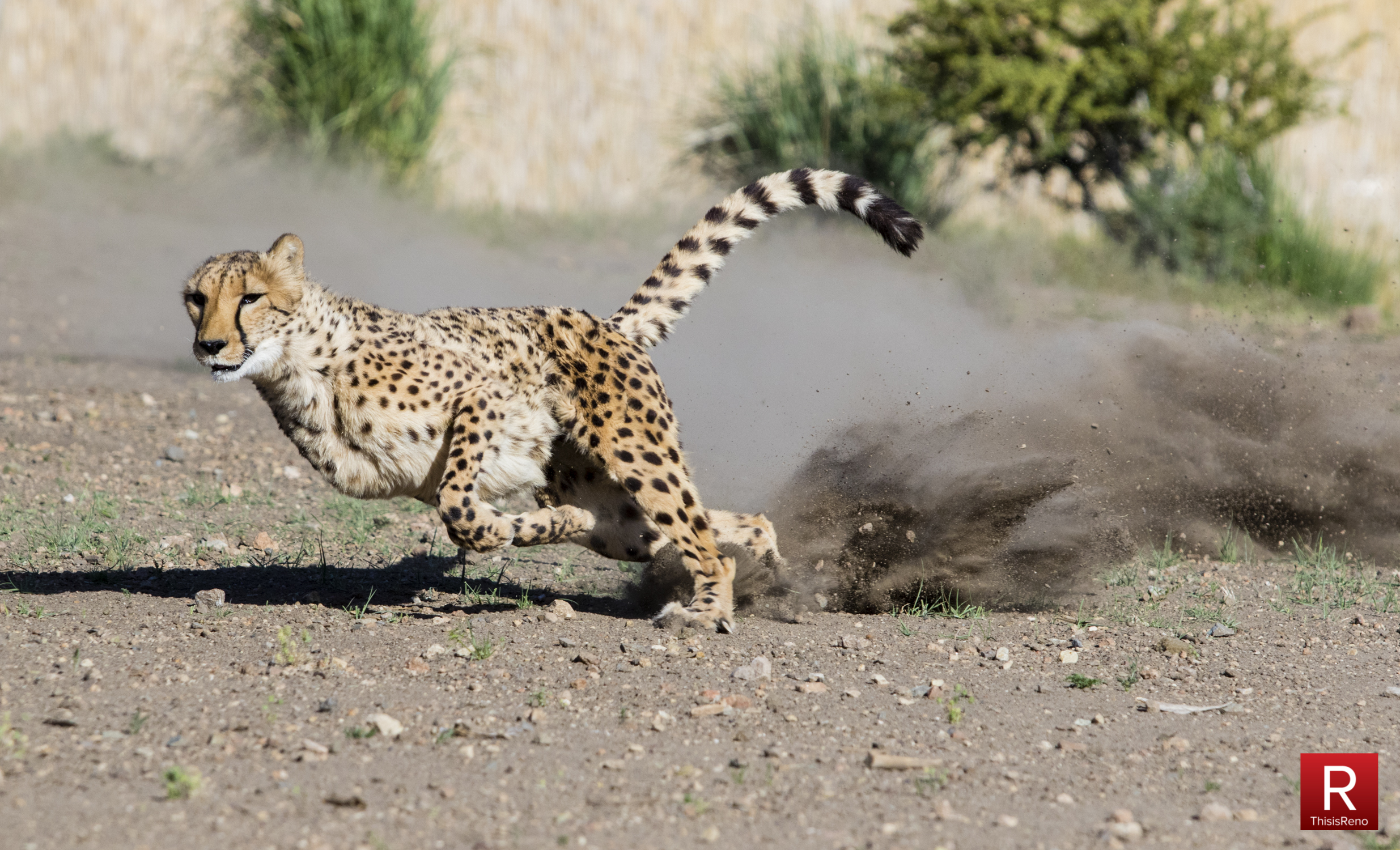 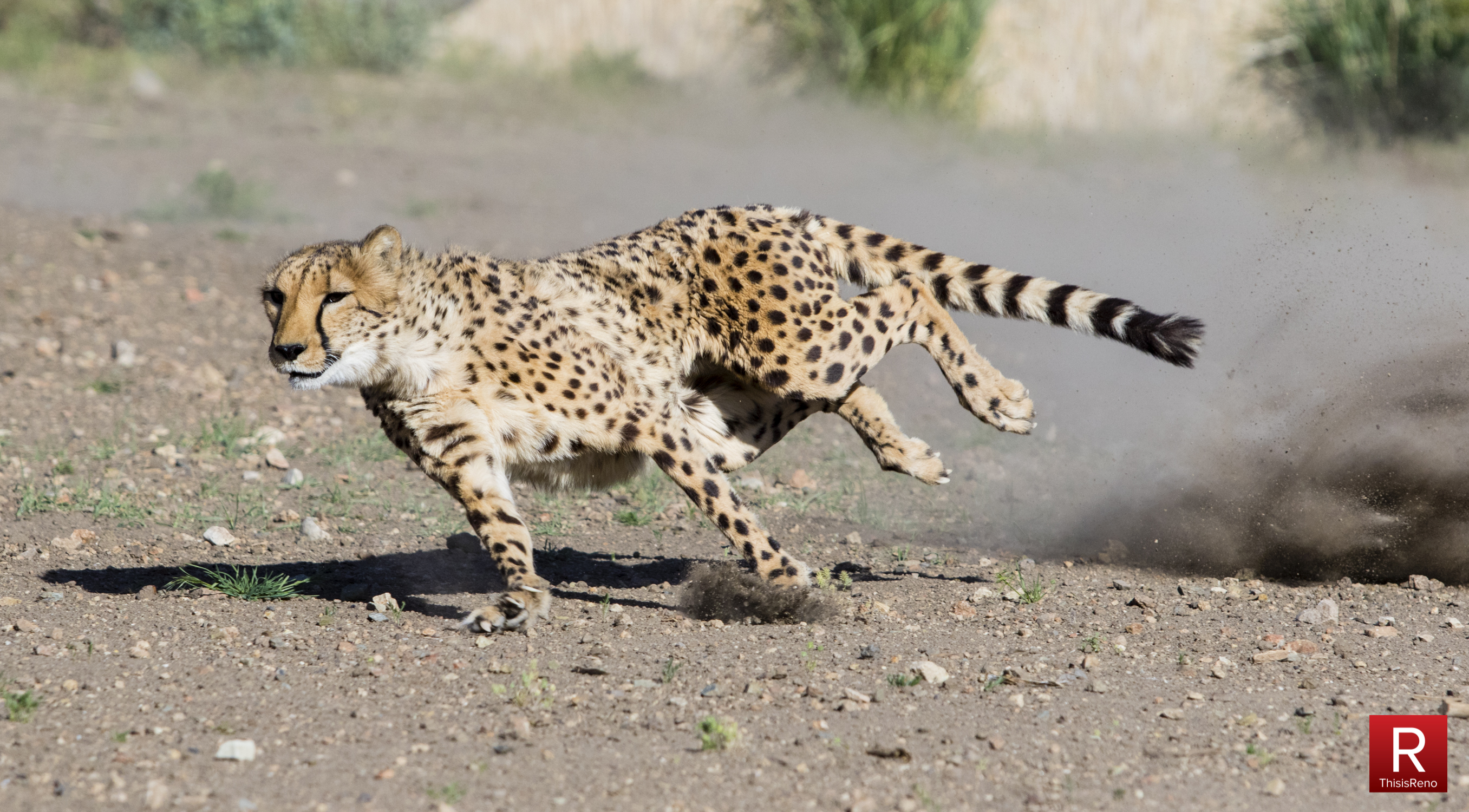 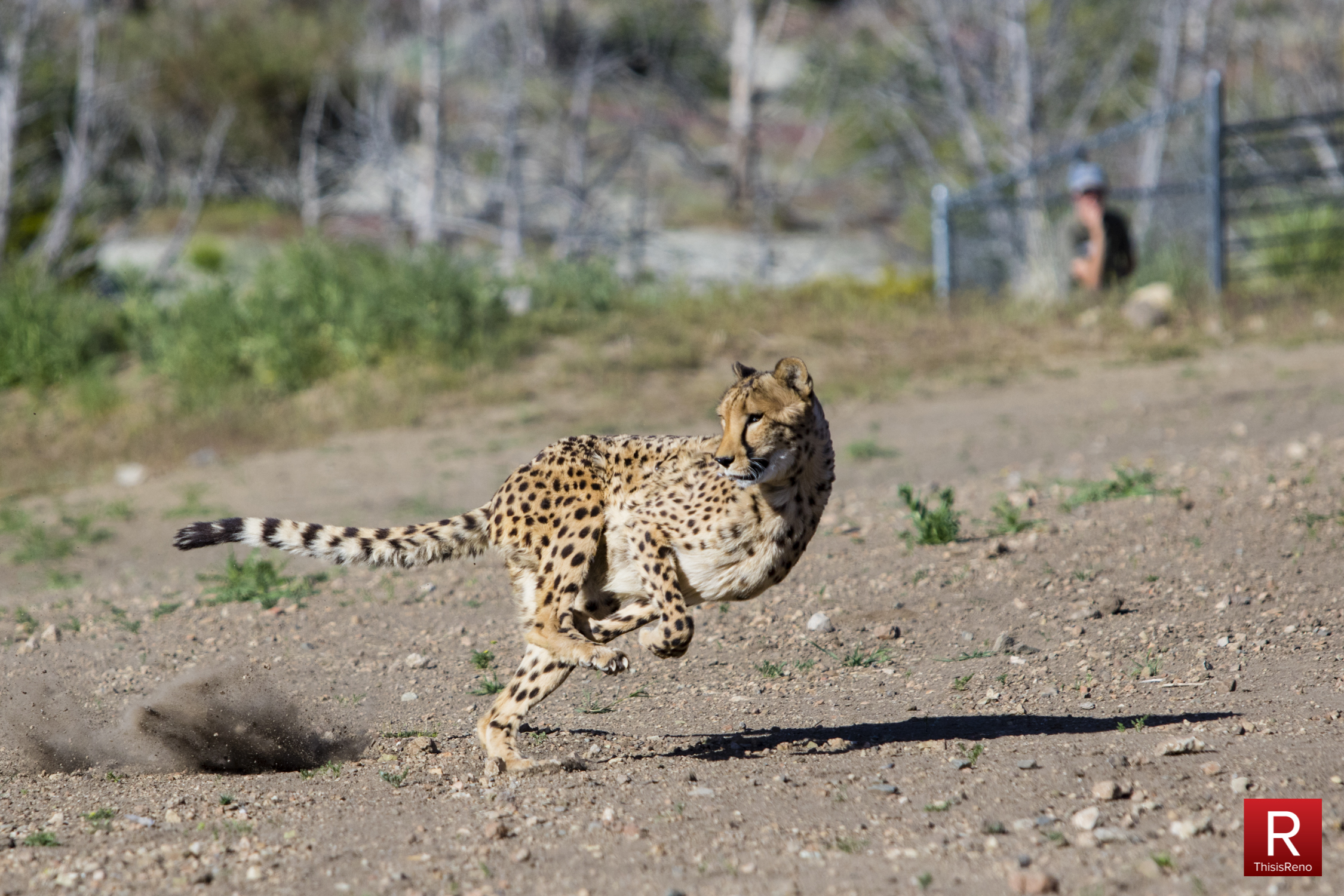 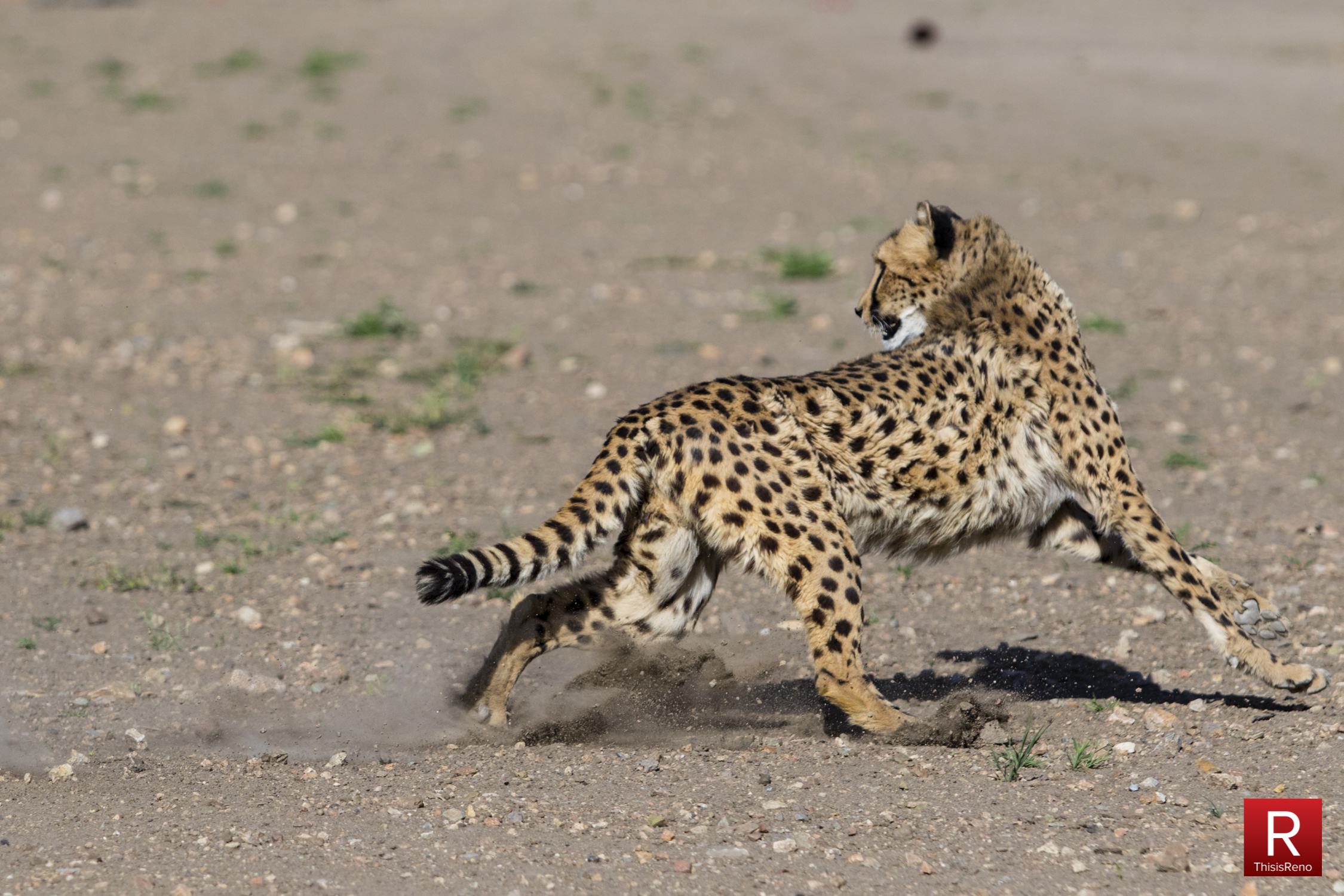 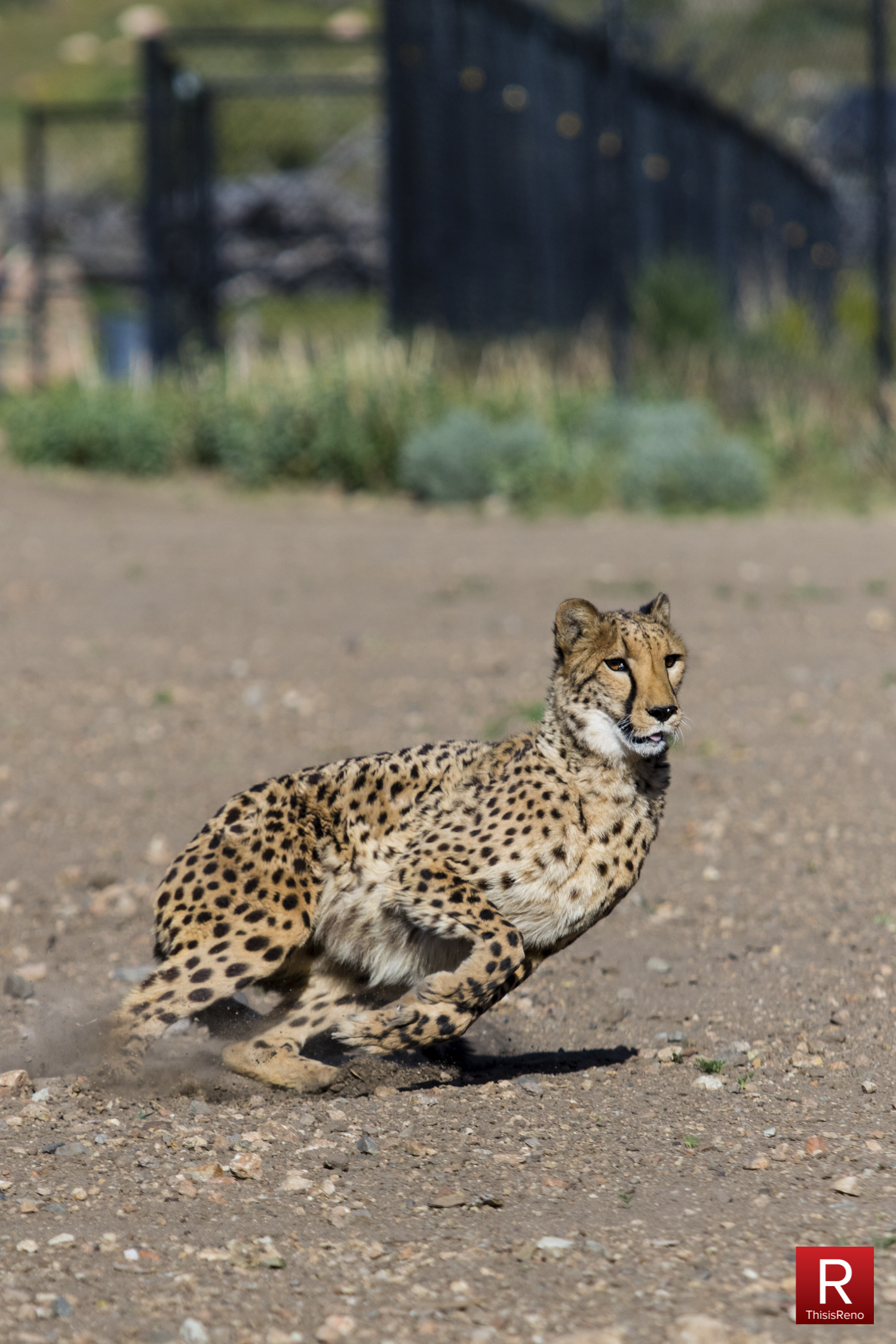 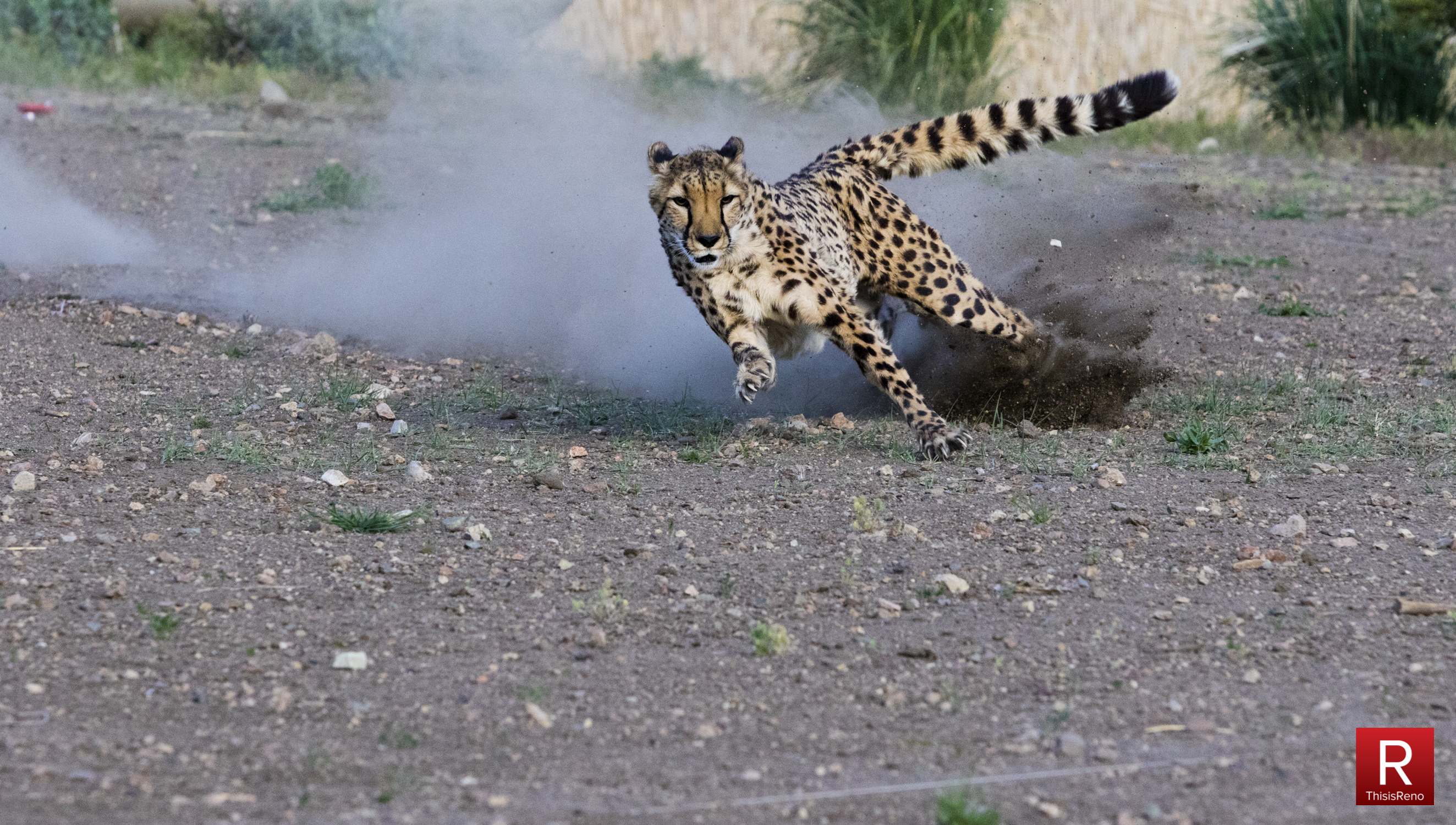 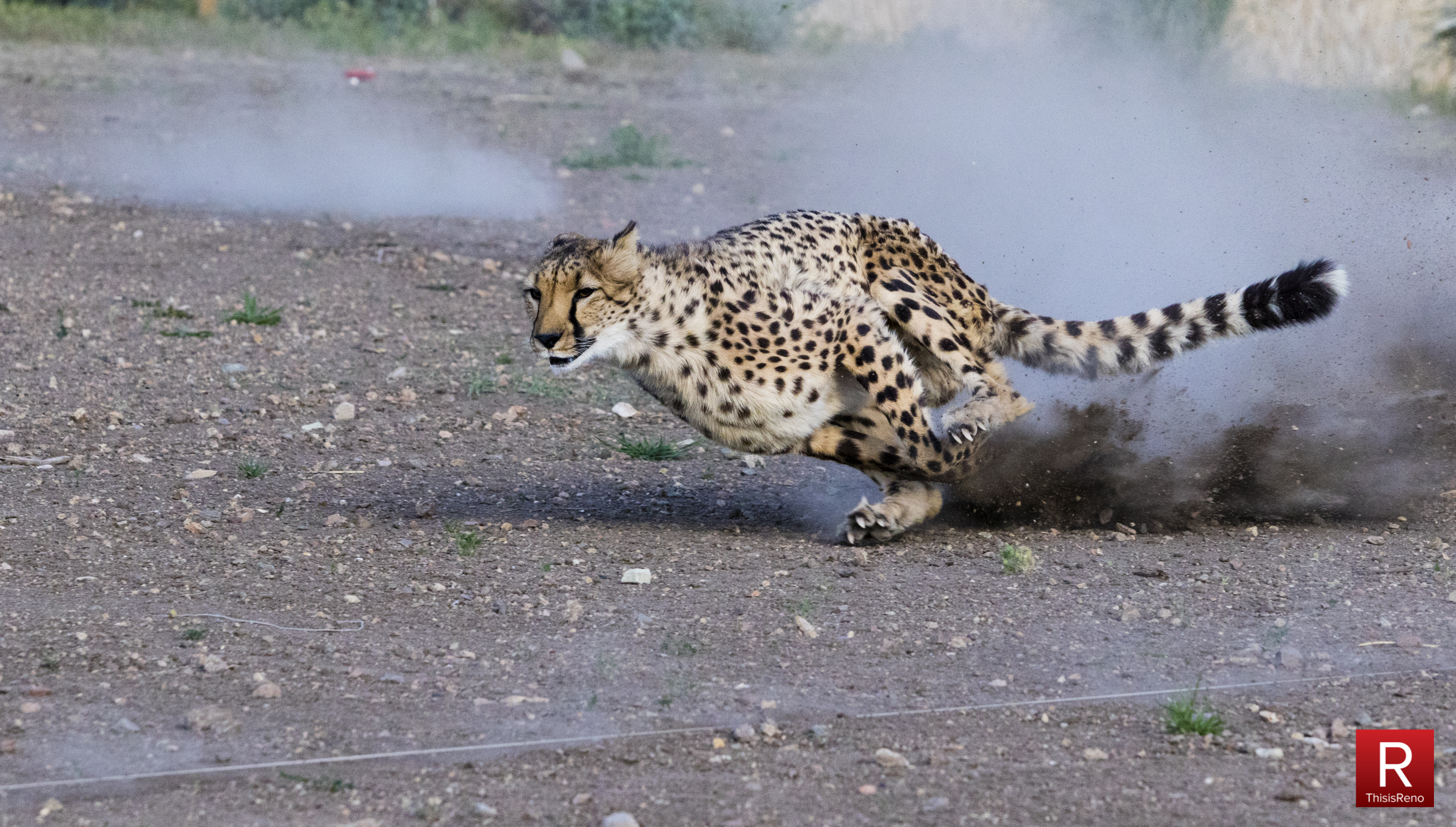 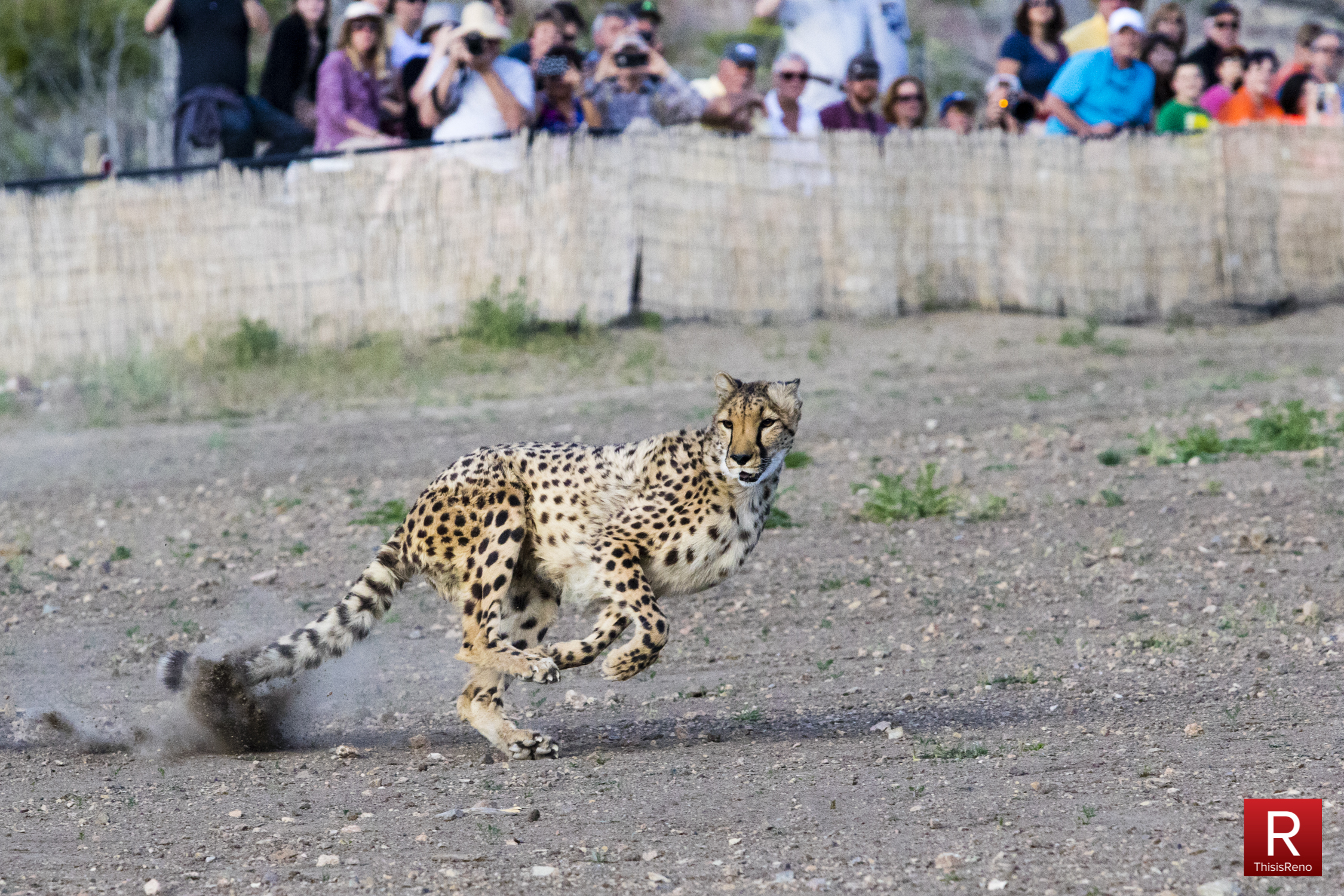 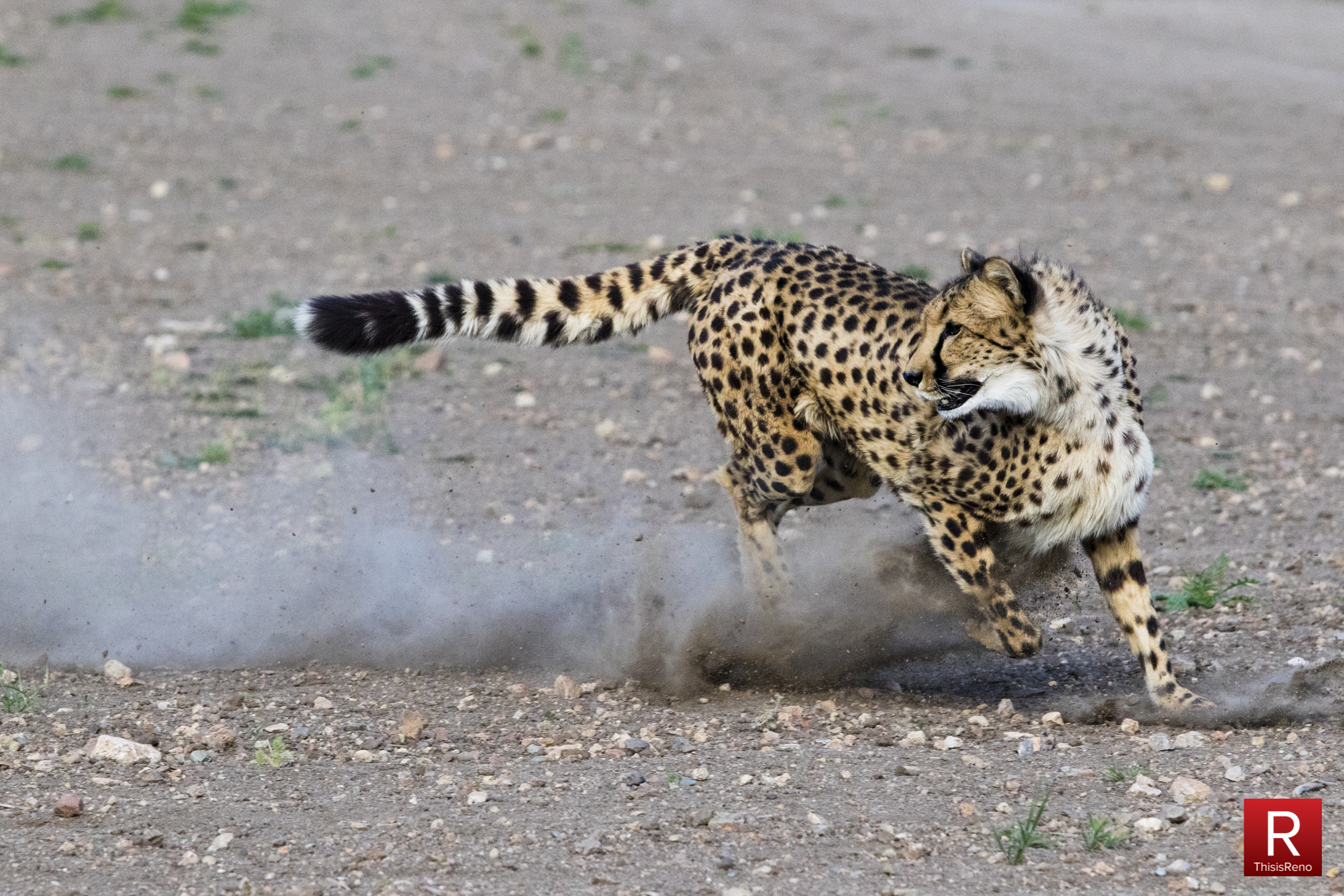 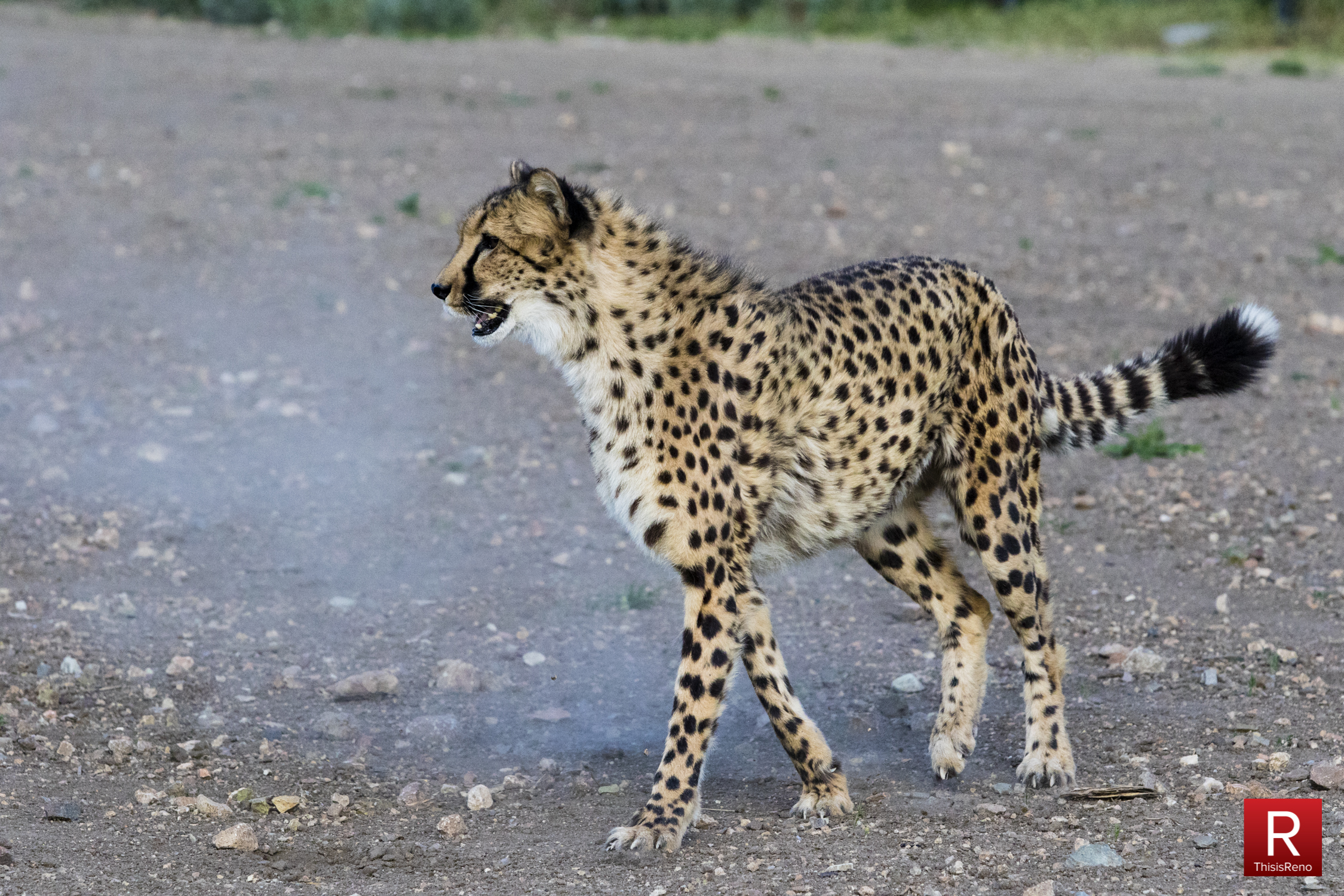 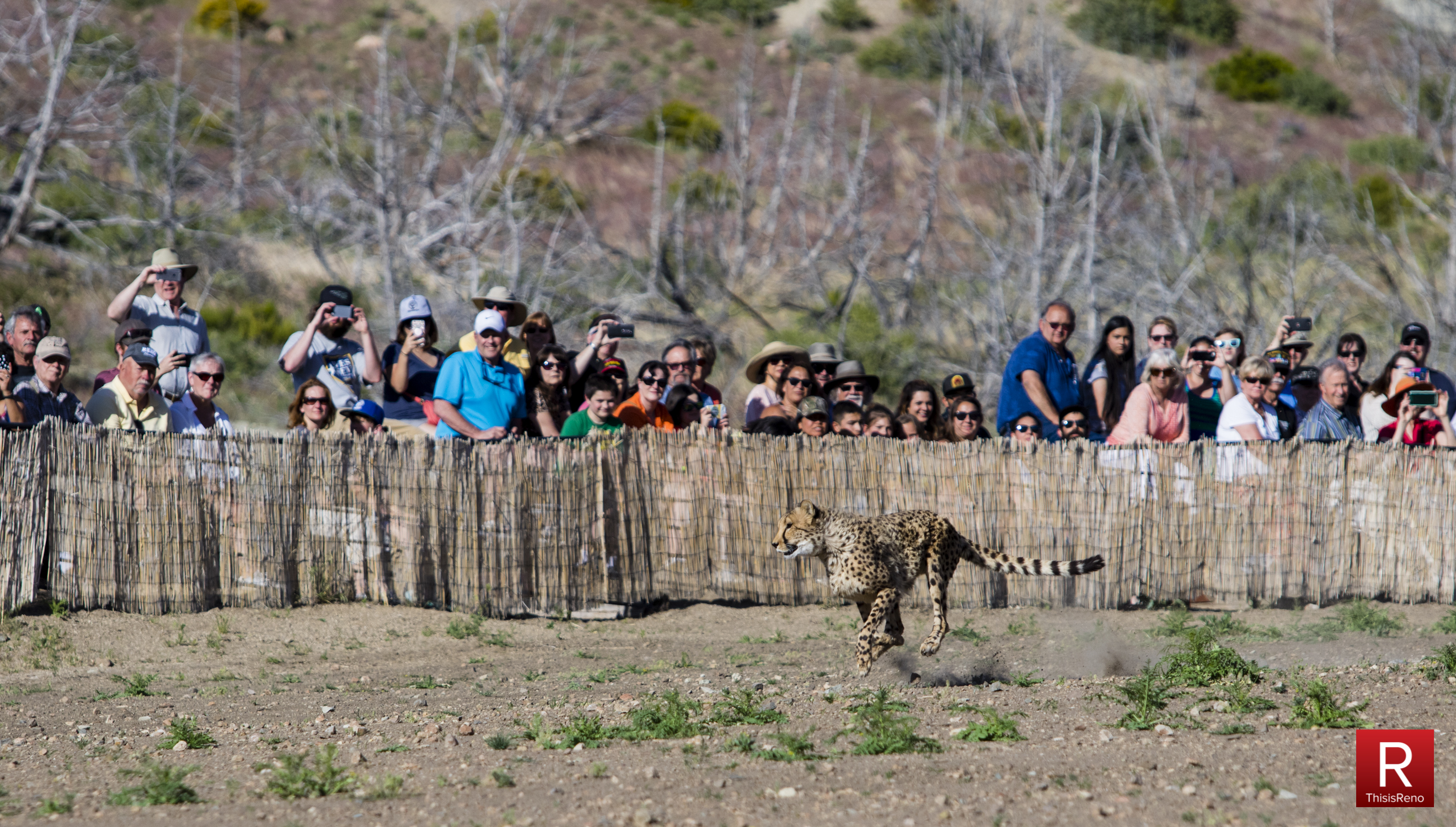 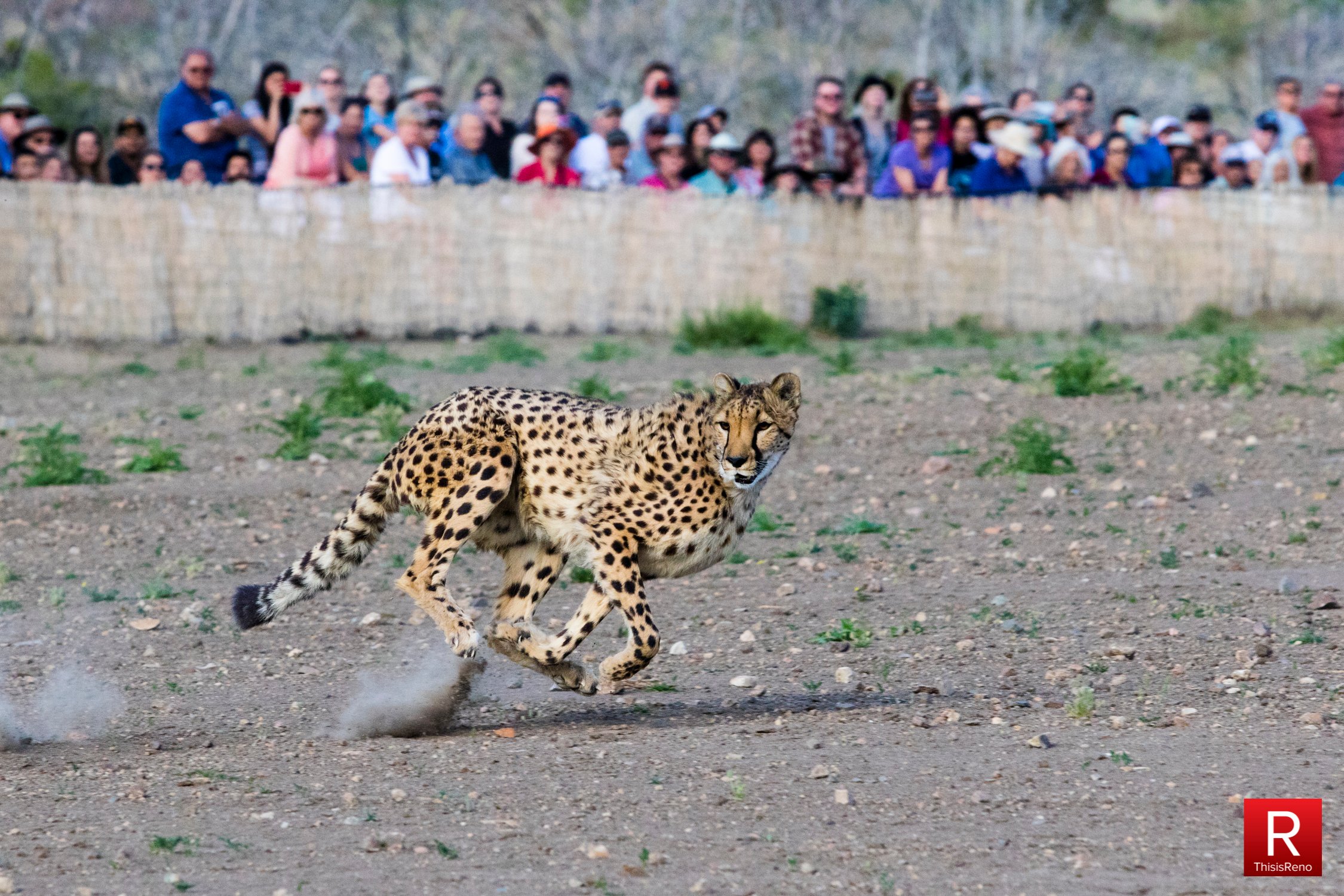 A composite image of a cheetah as it runs. Photo: Ty O'Neil 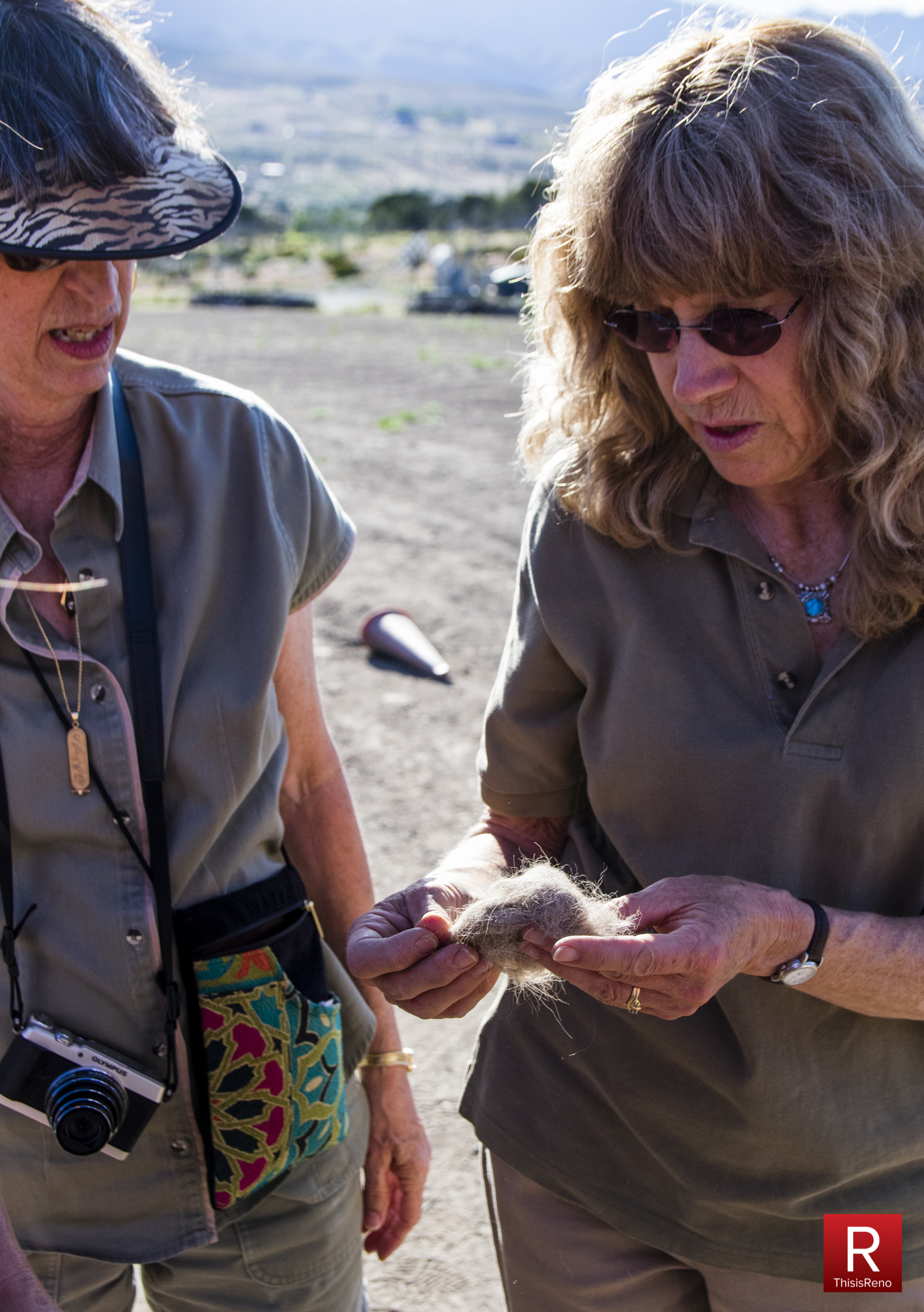 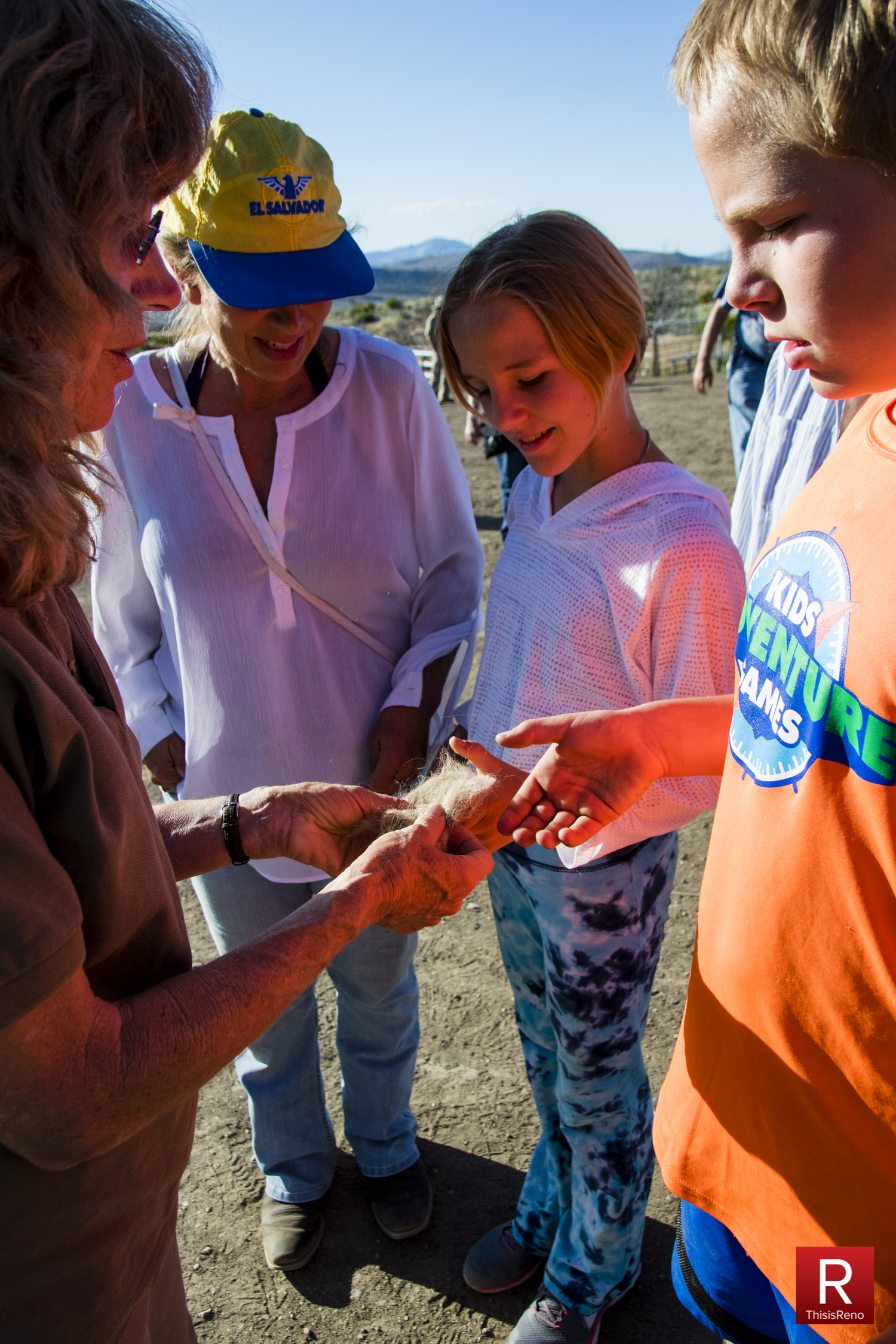 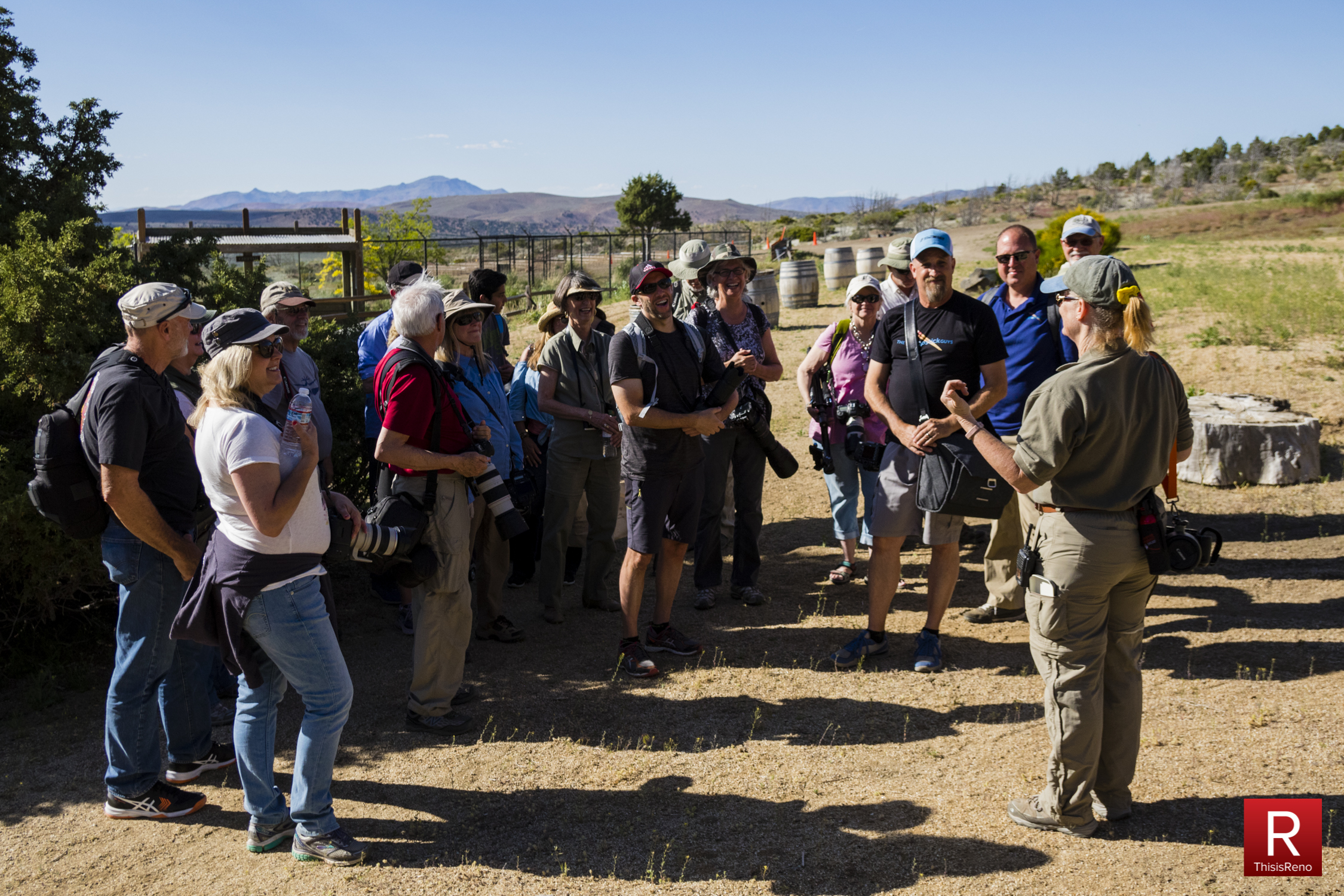 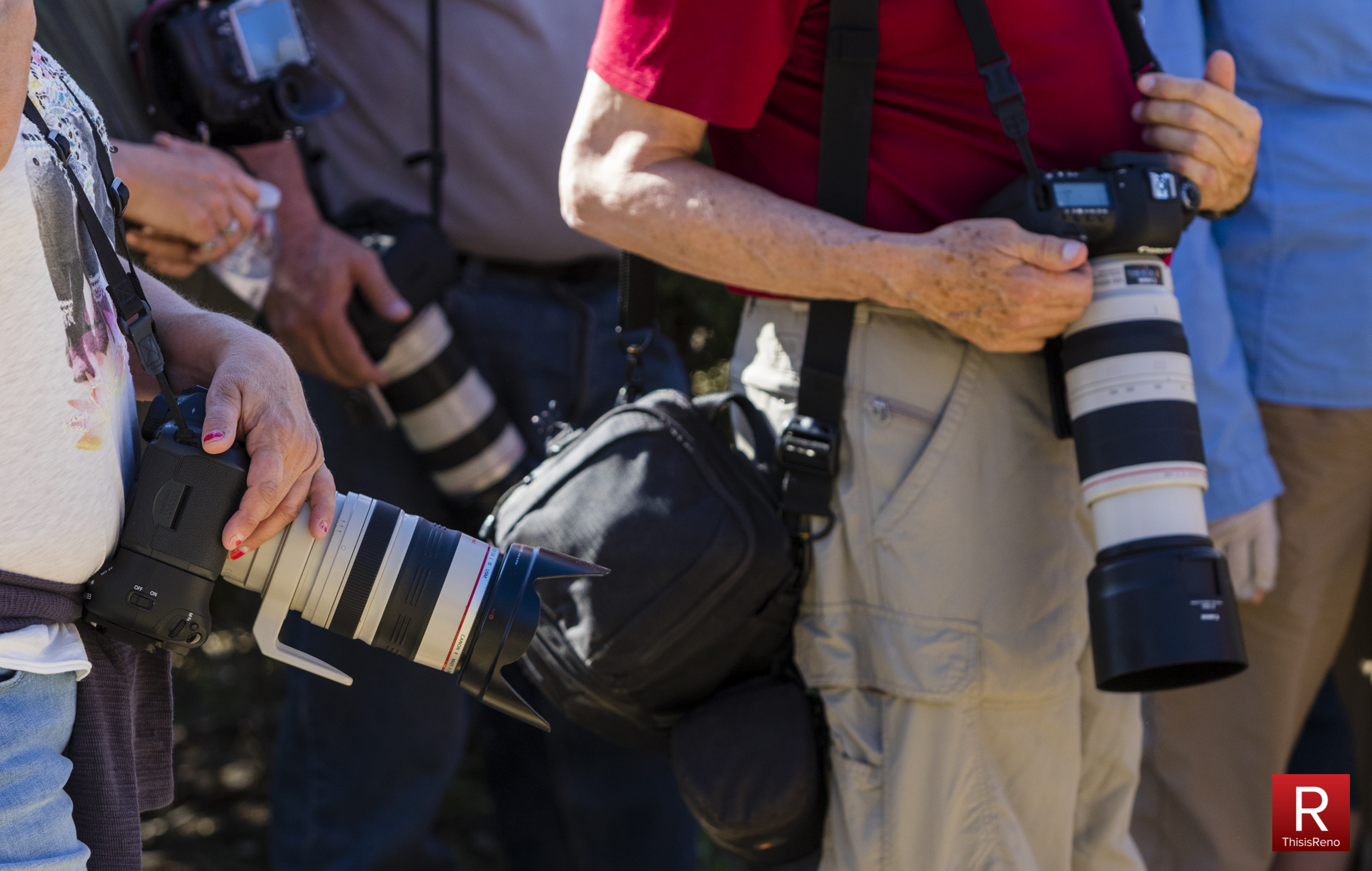 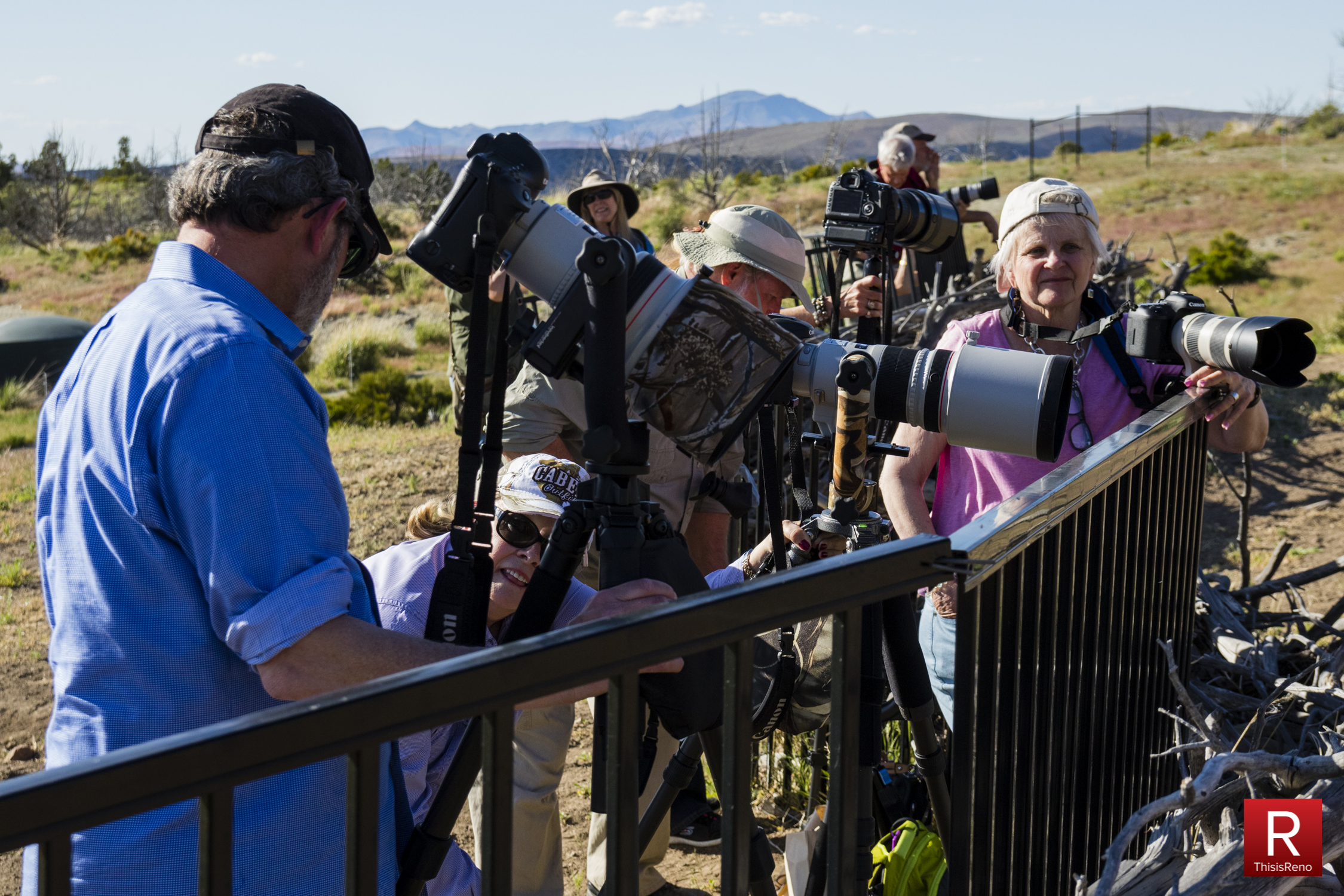 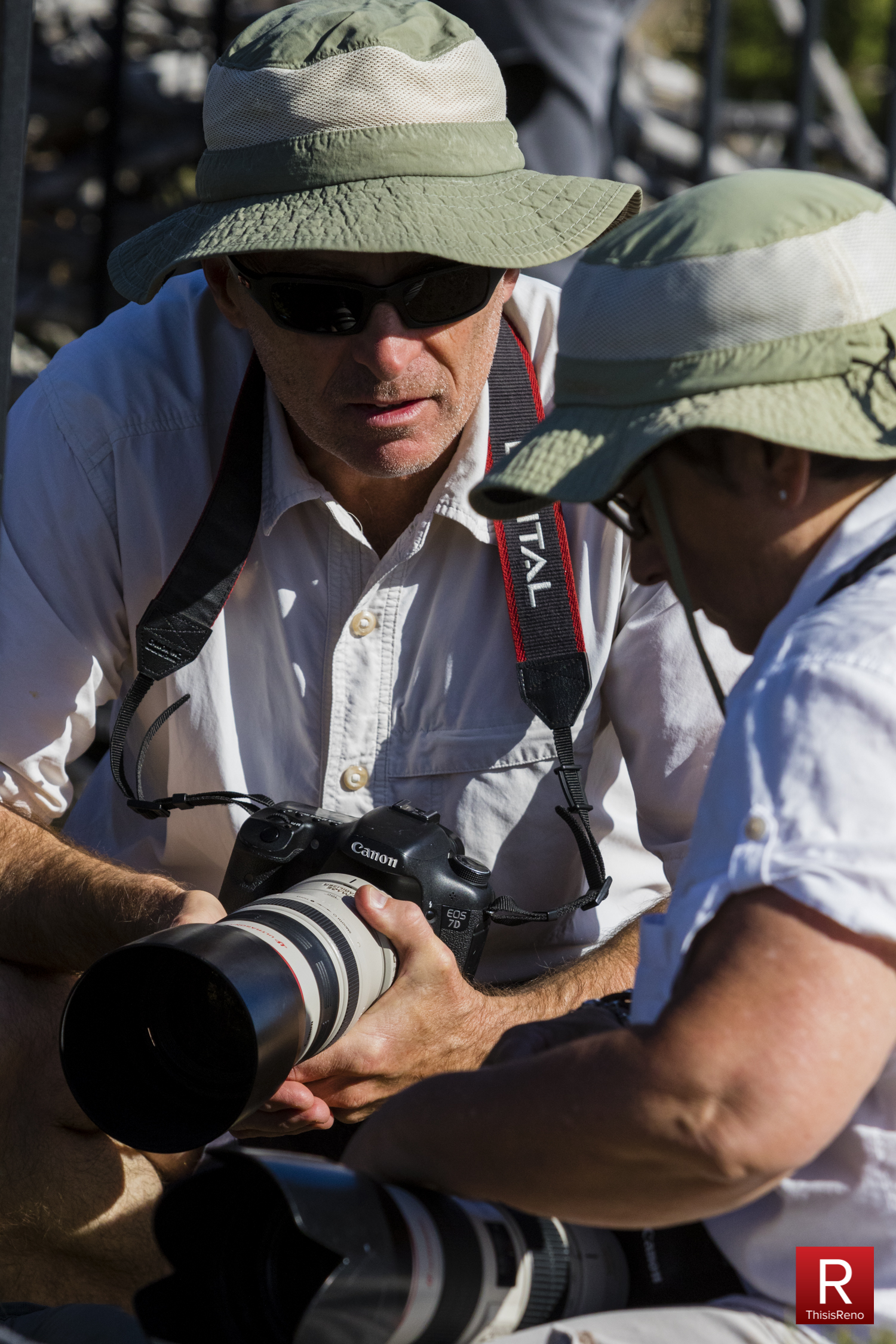 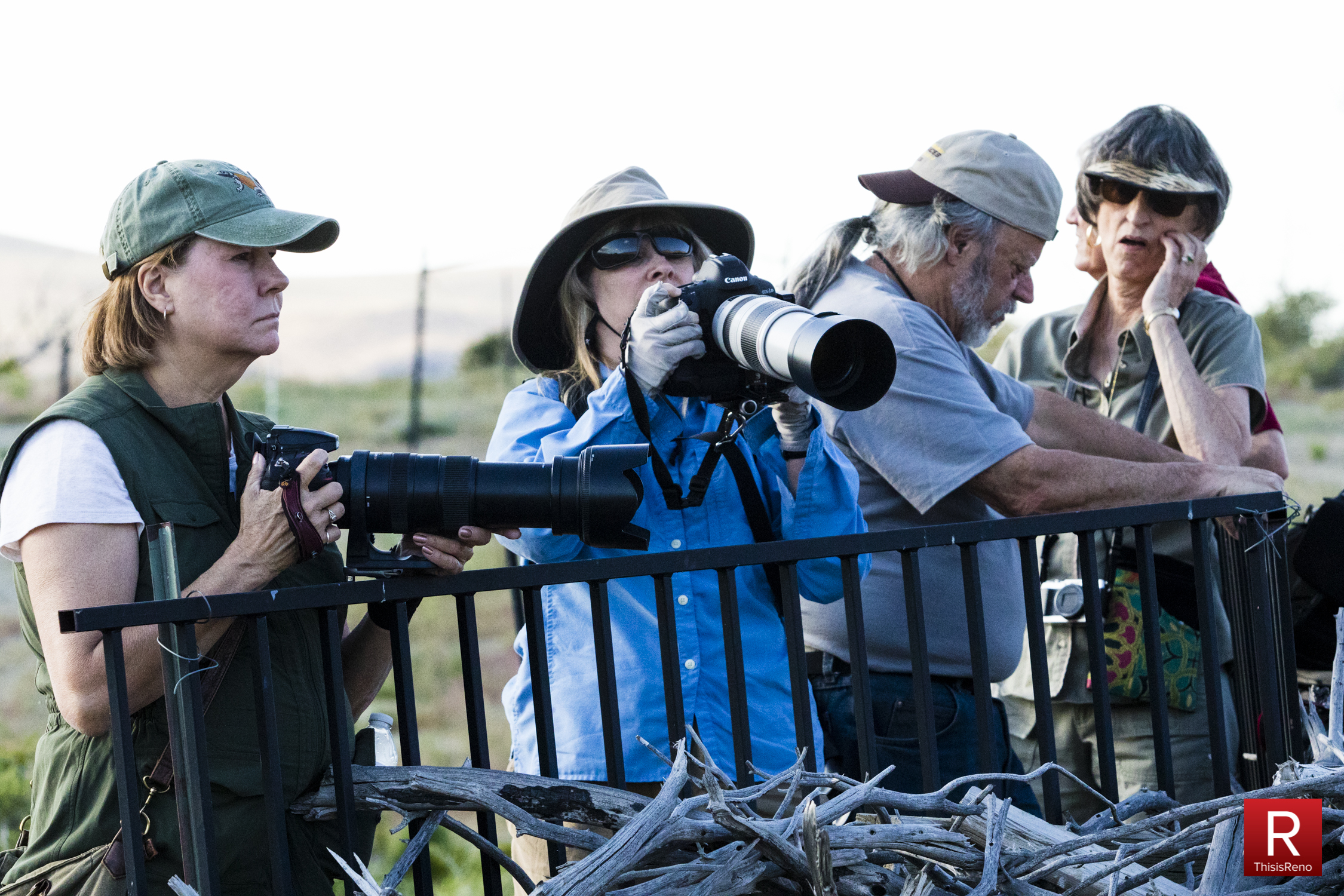 The Cheetah 500 is a prized opportunity for photographers. Photo: Ty O'Neil