By Bob Conrad February 3, 2018
Animal Ark and its legendary cheetahs are not affected by the county's new animal ordinances. Image: Bob Conrad. 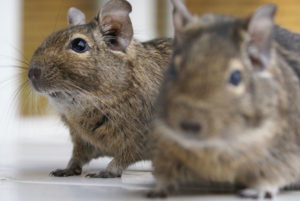 Washoe County is pushing back against Sierra Aquatics’ claim that the store is closing because of new animal ordinances recently passed by the Washoe Board of County Commissioners.

“Washoe County Regional Animal Services finds the closing of local pet store, Sierra Aquatics, has been unfairly attributed to the new animal ordinances recently passed at the Jan. 23, 2018 Board of County Commissioners meeting,” said Shyanne Schull, director of Washoe County Regional Animal Services. “Through the recent ordinance changes, many animals that were customarily sold in businesses such as Sierra Aquatics were eliminated from the permitting system, resulting in less regulation.

“Additionally, this ordinance is not effective until April 1, 2018 which has yet to yield impacts to our community. Considering that the number of animals that were previously required to be permitted was much broader under the old ordinance, Animal Services finds the claim from Sierra Aquatics and the reason for their closing due to these ordinance changes, highly unfortunate,” Schull added.

Schull said that her staff worked diligently on the changes for more than four years.

“The only intent with the new animal ordinances is to ensure public safety and the welfare and responsible care of all animals,” she maintained. “Since Nevada has very little oversight of exotic animals, we tried to compare apples to apples with other agencies in Nevada by looking at Clark County and Nye County as well. Their ordinances were not similar to our ordinance in many respects with one being loosely regulative and the other being prohibitive.

Animal Services, she added, tried to find a middle ground.

“We tried to work on something that would land someplace in between, allowing the animals to be owned in our county but by creating a process that helps us ensure that best practices are followed, safety nets were in place for the community and the animals,” Schull explained.

Moreover, the degu — allegedly listed as more dangerous in the county’s new categories — is considered similar to other rodents available in pet stores.

“Degus would be considered an animal commonly sold in a pet store and would fall under tier 1,” Schull said.

Sierra Aquatics’ Daniel Gray explained the closing of his store on Facebook: “We are known for selling exotic pets; it was our biggest profit margin. We sold those pets because … big box chains do not. How can we sell supplies for animals when people cannot obtain the animals because they make it financially impossible to obtain?”

John Potash, who runs Get Rattled, a rattlesnake avoidance training for dogs, also disagreed with the county’s new rules. He said that the ordinances may force him to move from Washoe County.

He said he is the only person in the area that trains dogs to avoid rattlesnakes.

“While I already carry a $2 million policy, based on the new regulations, I would need to increase this to $7.5 million dollars, which would not be affordable to us, not to mention not necessary,” he told ThisisReno. “In 20-plus years of keeping and working with these animals, 18 years doing avoidance training, and six years as Get Rattled, having trained over 10,000 dogs … we have not had one claim or (a) claim-worthy incident. Contrary to belief, we are far more at risk of hurting an ankle tripping or getting bit by a dog than a problem with the snakes.”

Potash said he is already licensed by the Nevada Department of Wildlife (NDOW).

“I am, and have been, licensed by (NDOW) for 20 years,” he explained. “I have a great working relationship with them, they have even giving me rattlesnakes that were confiscated by unlicensed people.

Potash said he may have to find a location outside of the county for his snakes to go, and classes may no longer be offered in Washoe County as a result of the new ordinances. 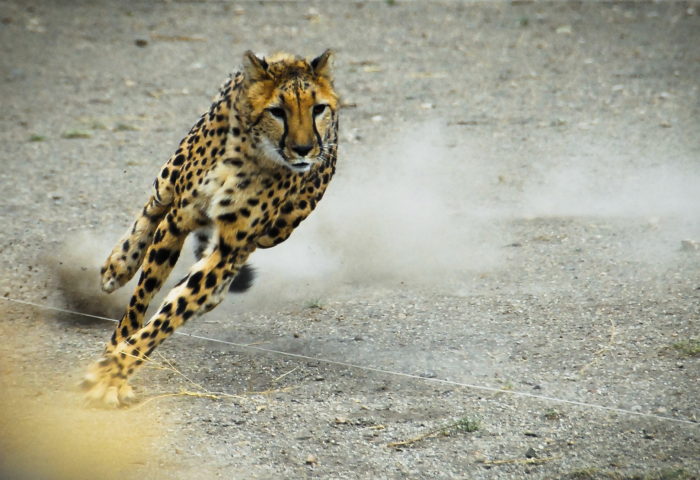 Animal Ark and its legendary cheetahs are not affected by the county’s new exotic animal ordinances. Image: Bob Conrad.

Local animal organizations that care for exotics – Sierra Safari Zoo and Animal Ark, in particular – are not impacted by the new ordinances. Representatives said, however, that they will be watching for future county actions.

“This ordinance is not intended to impact the zoos, but rather private owners,” Schull said. “Because many of those who are affiliated with zoos may own some of these animals as private individuals, the lines may become blurred in the interpretation. The ordinance does not speak to the business piece, only private individuals.”

Animal Ark’s Aaron Hiibel said he was disappointed in the new ordinances.

“The change to this ordinance will not impact us,” he said. “However, according to Shyanne, they will now work on an ordinance for commercial operations such as Animal Ark, Sierra Safari, traveling circuses, magic acts, (and) wildlife educators. I will watch this one very closely.”

Schull said she did not know when the development of commercial ordinances would begin.

Potash said he is in support of regulations but felt the county’s new rules are overreaching.

“I also want it to be clear, that myself, and most of those I work with in the animal world, are not opposed to reasonable regulation,” Potash explained. “Reasonable being the key word. We all know there are bad actors out there; we have all seen it and helped in situations.

“But one thing we have found is no matter what the law says, many of those people will disregard it anyways. What we are opposed to is overreaching laws that make it nearly impossible for good people to comply. It is punishing the good because of the actions of a few bad, and it does nothing to stop the bad in the process.”

Commissioners Vaughn Hartung and Jeanne Herman voted against the regulations. Hartung said that he argued for a flat insurance cost per permit, not the per animal requirement that was adopted.