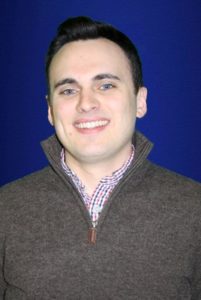 State Senator Julia Ratti’s Senate Bill 384 is the latest salvo in a five year campaign of misinformation designed to keep taxpayers from knowing how the Public Employees’ Retirement System of Nevada (PERS) spends their money.

Proponents of SB384 claim that disclosing names and pension amounts would leave retirees vulnerable to cybercrime, and thus should be exempt from Nevada’s public records law.

But this claim is simply not true, according to three separate Nevada court rulings — including a unanimous Nevada Supreme Court opinion issued in 2013 — as well as the legislatures and courts in the 34 other states that also make this information public.

Bolstering the strength of this consensus is the fact that the alleged speculative harm never materializes.

Said differently, does anyone really believe that Democratic strongholds like California, New Jersey and Rhode Island would continue releasing this information if it actually resulted in harm to retirees?

It is clear that, despite the rhetoric, SB384 is about secrecy, not safety.

Recognizing that the judiciary — who require a claim to be true, as opposed to merely asserted — was a dead-end, PERS petitioned its Democratic allies in the 2015 Legislature to sponsor a bill that would make much of their data exempt from Nevada’s public records law, a ploy that the RGJ Editorial Board condemned as an example of why “people dislike and distrust government.”

A Republican majority ensured that that bill died, but the current Democratic majority threatens that SB384 has a real shot of passing, as evidenced by committee chairman David Parks’ closing remarks at last month’s hearing: “As a retired public employee myself, I share the same concerns that you have.”

So much for representing the public interest!

Legislators who can pass — and personally profit — from PERS enhancements should not be able to keep that information secret.

And as the ones responsible for paying for those enhancements — along with the System’s $13.5 billion shortfall — Nevada taxpayers deserve to know where and how their money is being spent.

Beyond that, transparency is vital for several reasons. After an anonymous tip led to criminal fraud charges, the general counsel for CalPERS — the nation’s largest public pension fund — extoled “the great value of the public’s assistance in CalPERS’ efforts to protect the state pension system from fraud, waste, and abuse.”

SB384 would make it virtually impossible to detect similar cases of fraud that might occur here, as well as other more innocuous examples of waste.

Take the case of a San Diego pension fund, for example, where a $500,000 overpayment was only discovered because of a public records request for the very data that SB384 would make private.

These types of errors are even more likely here, given that PERS records are so poorly organized it takes staff several months of manual review to produce an accurate report, according to their sworn testimony.

For decades, numerous iterations of the Nevada Legislature on both sides of the aisle have emphasized the importance of transparency in government, and took great pains to ensure that access be limited only in those rare cases where it is truly warranted.

Given the obvious conflict of interest arising from the fact that legislators are also PERS members, the argument for transparency is that much stronger.

Lawmakers must oppose any effort that would make Nevada’s government less transparent and less accountable, particularly one that is based entirely on a known falsehood.

Robert Fellner is director of transparency research at NPRI and joined the Institute in December 2013.

Dept. of Corrections Issues Rebuttal to NPRI About Employee Overtime...

Government workers collected overtime pay despite not working a full...