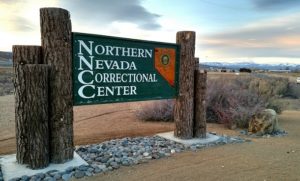 On behalf the Nevada Department of Corrections (NDOC), I am providing factual corrections in response to the article posted from the Nevada Policy Research Institute (NPRI) titled “State Correctional Officer more than triples $57,000 salary…” (published in part here).

The referenced quotation in the Nevada Independent is not from an interview but was actually pulled from public testimony at the Executive Branch Audit Committee meeting on January 16, 2018. Proper research would have revealed John Bowman is actually John Borrowman, the Deputy Director of Support Services.

It is worth emphasizing, the audit did not find any of the coverage provided by NDOC officers on overtime was unnecessary or inappropriate. The audit also acknowledged NDOC was not budgeted sufficient resources to cover all of the duties that are often the reason for overtime, particularly medical transport and hospital coverage.  The full audit report and NDOC response can be found at: http://budget.nv.gov/uploadedFiles/budgetnvgov/content/IAudits/About/AuditRpts/18-01%20NDOC.pdf

NDOC monitors overtime and has no evidence to indicate any officers have been gaming the system.  In 2017, the Inspector General did not have any reported abuses of overtime but had several investigations of officers refusing to work mandated overtime.

During the year, many officers continuously volunteer for overtime and are able to boost their incomes for their services providing necessary and appropriate coverage.  There is nothing unethical or illegal in this practice and is actually much appreciated by the vast majority of officers who do not volunteer for overtime and do not wish to be mandated to work overtime.

NDOC is compliant with all state laws and regulations and has never paid an officer for overtime unless the officer has worked 40 hours.  If an officer has a vacation day in a pay period, comes back to work the following day for a regularly scheduled shift, and gets held over to fill a necessary and appropriate post, NDOC must pay the officer for the service as overtime as required by state law and regulation.

An officer should  be paid overtime for the extra hours of service required by management and should not be penalized for taking a vacation day the same week, regardless if the overtime was by volunteer or mandate.

NDOC appreciates the media and other organizations such as NPRI that bring accountability to government inefficiencies.  They provide an important and necessary service to the public.

In this case, however, NPRI used data from transparent Nevada to create a controversy where none exists, attempts to shame employees that are an asset to public service, and reaches sensational conclusions based on superficial information without investigating the true nature of the underlying operations.

I hope this brief rebuttal will encourage NPRI and any publication of their material to perform the investigative journalism that makes the free press so important to the public.

Hundreds of prison staff submitted religious exemptions ahead of vaccination...