The Reno City Council voted this week to support energy efficiency and clean energy and to join other public sector groups in the Sustainability Partners in Northern Nevada (SPINN) coalition. The resolution, “Energy; Public Utilities and Similar Entities,” also had the backing of the city manager’s office, and passed 5 to 2.

“The City of Reno’s continued commitment to sustainability, clean energy and energy efficiency has cemented it as a true leader among municipalities,” said Jennifer Taylor, executive director of Clean Energy Project. “Businesses from around the globe are listening and watching, and those cities, like Reno, which make the future their priority will reap the benefits of the growing clean technology and energy economy.” 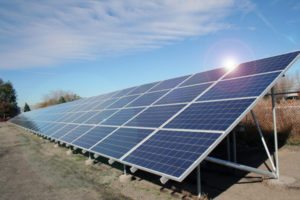 A broad and informal coalition, SPINN comprised of local and state agencies, educational institutions, nonprofit organizations including SWEEP and CEP, and other entities seeking to promote environmental stewardship, economic prosperity, and social equity within our communities. In 2016, the members agreed to collaborate on four local and regional goals:

Some coalition members also support proposals likely to be introduced during the upcoming state legislative session, particularly regarding how Nevada evaluates the consumer benefits of various energy efficiency programs offered by major utilities.

“Energy efficiency can help hold down energy prices in the long run, and, meantime, creates jobs and saves water in our state,” said Tom Polikalas, Nevada representative for the Southwest Energy Efficiency Project.

Wednesday’s resolution also noted that the city council and Mayor Hillary Schieve developed a strategic plan for fiscal years 2016-2020 to lay the foundation for sustainable growth and a promising future in which sustainability, climate protection, energy efficiency, and other conservation goals were identified as key priorities.

In addition, last year Gov. Brian Sandoval released his four-year Strategic Framework for Nevada which calls for the state to become “the nation’s leading producer and consumer of clean and renewable energy” by increasing jobs in the clean energy sector, completing an electric highway to serve the entire state, significantly reduce the percentage of imported fossil fuels, and reducing carbon emissions to a level at or below accepted federal standards.

In December, two non-profit organizations, E4TheFuture and Environmental Entrepreneurs released a report that showed energy efficiency has created 1.9 million jobs nationwide, including more than 15,300 in Nevada.

Further, in 2012, the Southwest Energy Efficiency Project conducted a study, The $20 Billion Bonanza, which demonstrates that cost-effective efficiency improvements to Nevada buildings could generate $3.4 billion in net economic benefits statewide over the next decade, and create over 4,000 net jobs. Another report, by the American Jobs Project, focuses on two economic clusters: solar energy and batteries. Their report highlights that, “with the right policies, Nevada can strengthen these two clusters and support an annual average of over 28,000 jobs.”

The jobs and economic development brought to northern Nevada by Tesla could be just the beginning if the NEITF recommendations are enacted and implemented, said the Reno city staff in a report given to the city council.