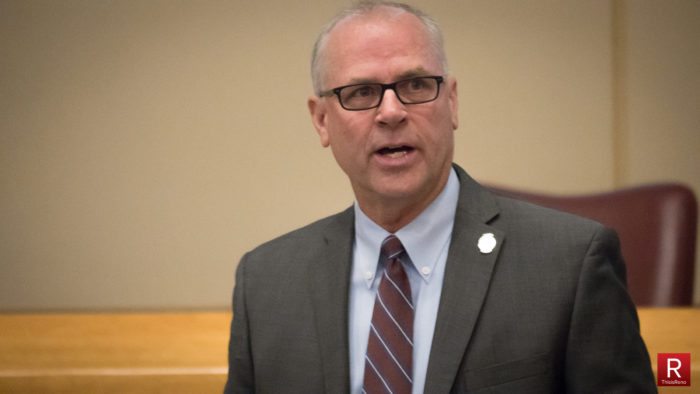 He said he was cautiously optimistic about the region’s economic future, adding that the county is increasing its reserves in preparation of a possible economic downtown in the future.

“Parks took a really hard hit during the recession. Rancho San Rafael Regional Park will get a much-needed upgrade to the irrigation system,” he said. Seven other parks will get renovated.

Slaughter said growth and development will get a sharp look, including the streamlining of business recruitment as well as potential growth impacts to be reviewed with new legislation. One of the county’s two bill-draft requests to the next legislative session will include an examination of regional planning legislation.

“It’s time for a comprehensive review of the legislation that guides regional planning in the Truckee Meadows,” he said. “We’ll be working with all of our stakeholders — the City of Reno, City of Sparks (and) others — on that. We’ll be very up front and very transparent about that process.”

Slaughter said that city annexation of county properties, which can occur at the request of the property owner, will be considered.

Watch an interview with Slaughter below.