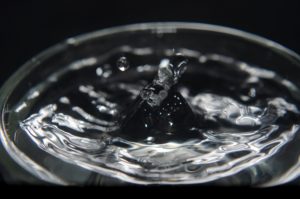 Dozens showed up to the Nevada Legislature last week to speak in protest of what they saw as potential governmental overreach regarding water rights and domestic wells.

A legislative subcommittee tasked with studying Nevada water held a hearing to consider 20 items that could change the Silver State’s water regulations. The changes come about, in part, because of drought and groundwater basins that have over-appropriated water rights.

Among the ideas presented at the hearing, potential new regulations for domestic water wells drew the most concern.

“Knowing that the state engineer can currently curtail … water use in the domestic well world, then it would behoove us to give some kind of legislative oversight to that so that we do not get in trouble for taking things that people have used,” said Joseph Hardy from Boulder City, who wants to see more oversight of the state engineer.

Prior to the meeting, advocates circulated a petition with hundreds of signatures to protest potential new authority by the state engineer, Jason King, to curtail domestic groundwater use in areas where water rights are over-appropriated, such as Pahrump and Diamond Valley.

But King expressed frustration by what he said was misinformation about the possible recommendations the subcommittee could advance to the next legislative session.

“I’m astounded,” he said. “The source of their aggravation is focused at a lot of information that has been spread that is not based in anything truthful that is before this committee.”

The day-long hearing resulted in hours of public comment. Interest groups weighed in as well, such as the Great Basin Water Network and the Nevada Mining Association.

While the subcommittee’s recommendations are not the final say in water law changes, committee chair Sen. Pete Goicoechea encouraged those who came to the meeting to stay involved in the process during the next legislative session.

“Let’s see if we can take a long hard look at new domestics, new growth,” he said.

‘We can never rest’ – NV groups speak about rise...