Rain Catchment is Illegal in Nevada But May Get Reconsideration 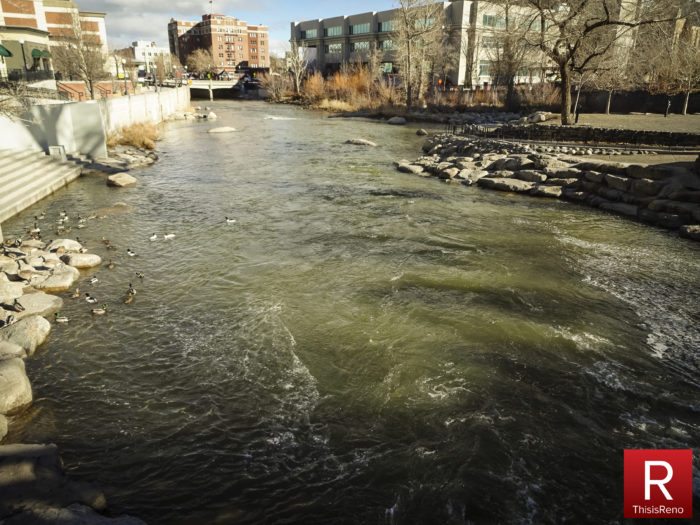 Rain catchment could impact Truckee River water right holders, but the small-scale use of rain barrels may be up for review during the next session of Nevada’s Legislature.

A strict interpretation of Nevada law reveals that collecting water with rain catchment systems, such as rain barrels, is illegal.

With ongoing drought conditions, Nevada’s State Engineer Jason King said last week at the Truckee Meadows Water Authority Board of Directors meeting that there should be some exemptions for small-scale rain catchment.

King’s office, the Nevada Division of Water Resources, is charged with adjudicating and appropriating Nevada’s ground and surface water, which are owned by the people of Nevada.

The Governor’s drought forum was tasked last year with addressing the state’s water resource challenges and released its recommendations in December. One recommendation is to re-examine the use of rain catchment as long as such use does not infringe upon other water rights.

King, a member of the forum, said that one suggestion is to change Nevada water law so that rain collection on a small scale, up to a certain number of gallons, would be allowed. Rain collection on a large scale, though, could impact existing water rights.

DROUGHT FORUM: Explore changing water law to allow for the use of small scale precipitation capture devices in areas where capture increases the water supply and does not conflict with existing rights.”

“Isn’t that water that would normally be running off, recharging aquifers and maybe making into the streams, where other people have water rights on those water resources and therefore the catchment of it would be in violation of their rights?” he asks. “I just believe that there needs to be an exemption in water law for some de minimus volume of water for for rain barrels.

“It only makes sense to me.”

However, exemptions for rain collection might not make sense in Clark County.

“You have places like Las Vegas where they get return-flow credits,” King explained.  “So whatever amount of water they return to Lake Mead, they get to take that much out yet again, so it really isn’t appropriate down in Las Vegas because they’re already getting (that water). It doesn’t necessarily make any sense to recover their own reuse because they’re sending it back to Lake Mead.”

Washoe County has a completely different water system. Truckee River water is claimed by existing water right holders, such as the Pyramid Lake Pauite Tribe, who are entitled to their water.

Nevertheless, the issue of rain catchment could be taken up during the next legislative session, and King said that as the driest state in the nation, he supports water capture and reuse where it makes sense.

In the meantime, the State Engineer’s office does not enforce the use of rain barrels, but clarifying their use in law, King added, could encourage more water conservation around the state.