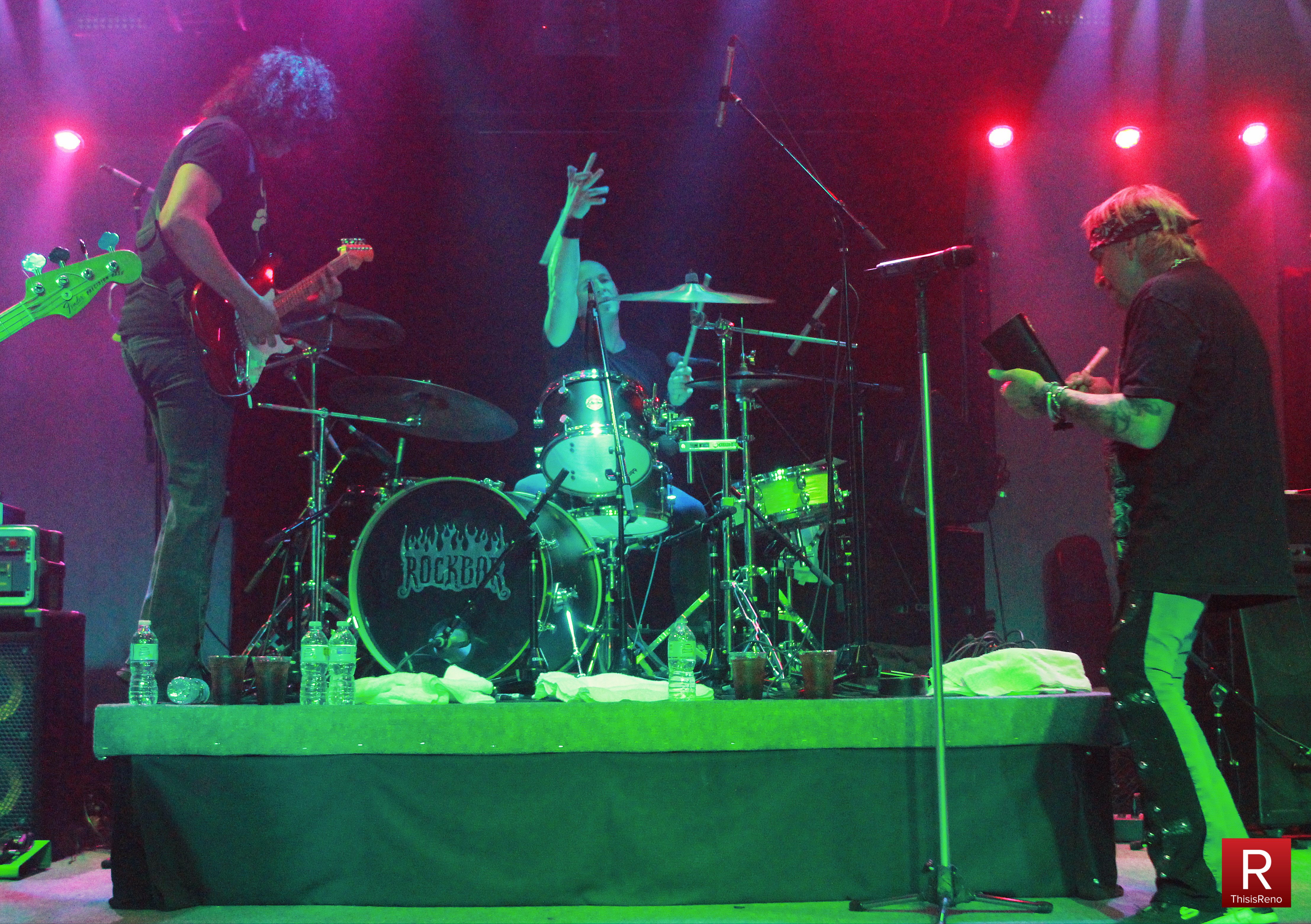 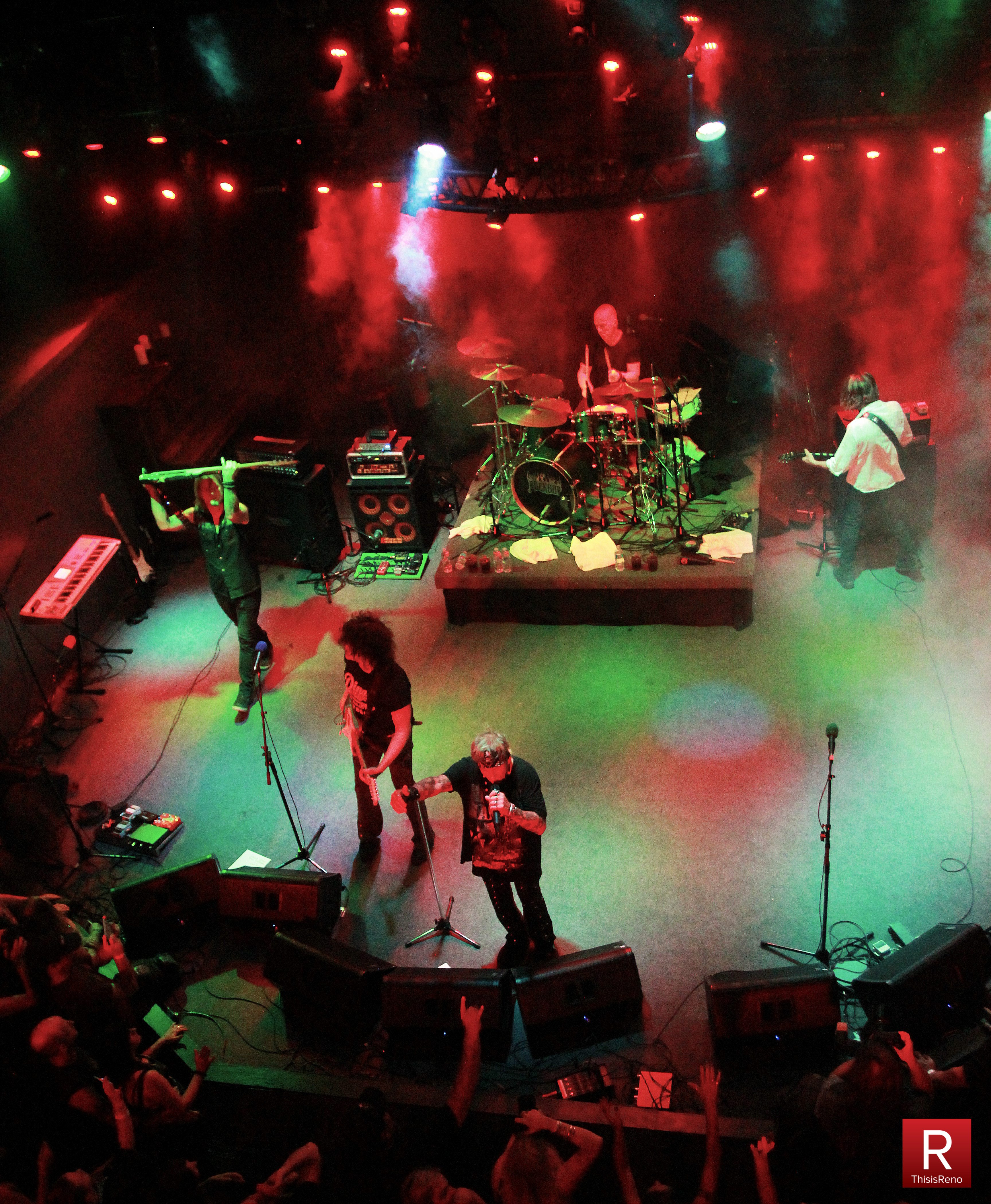 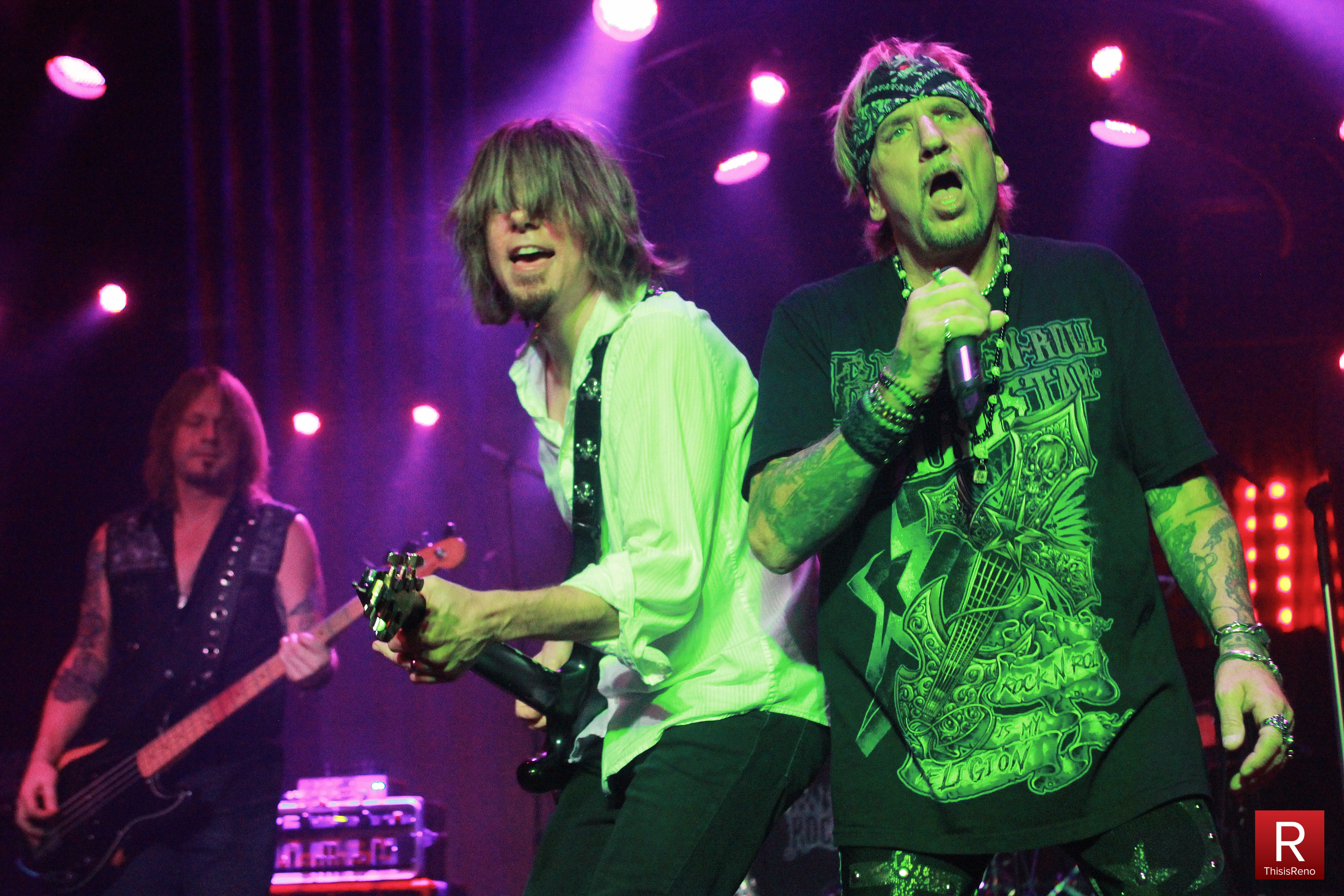 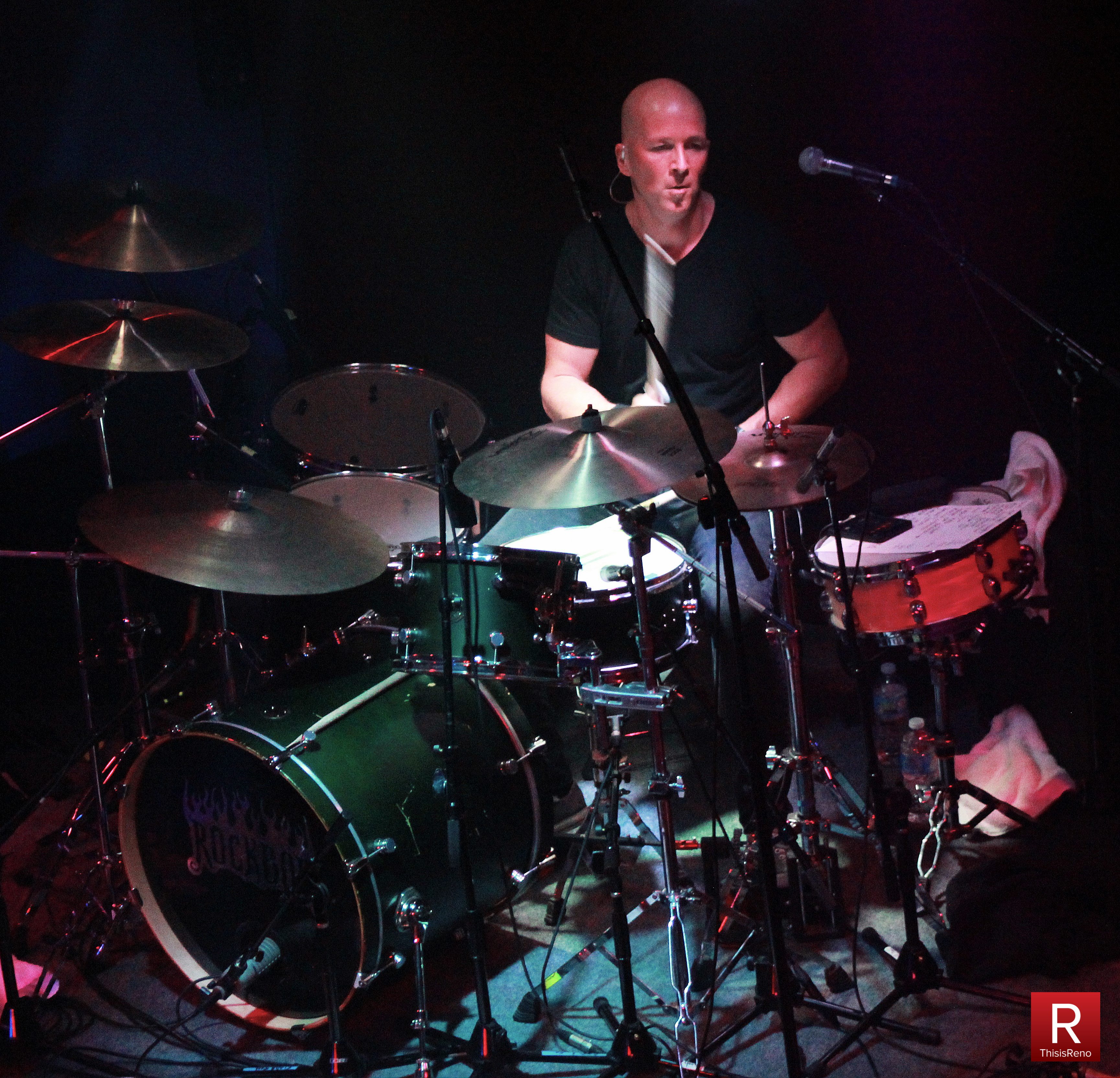 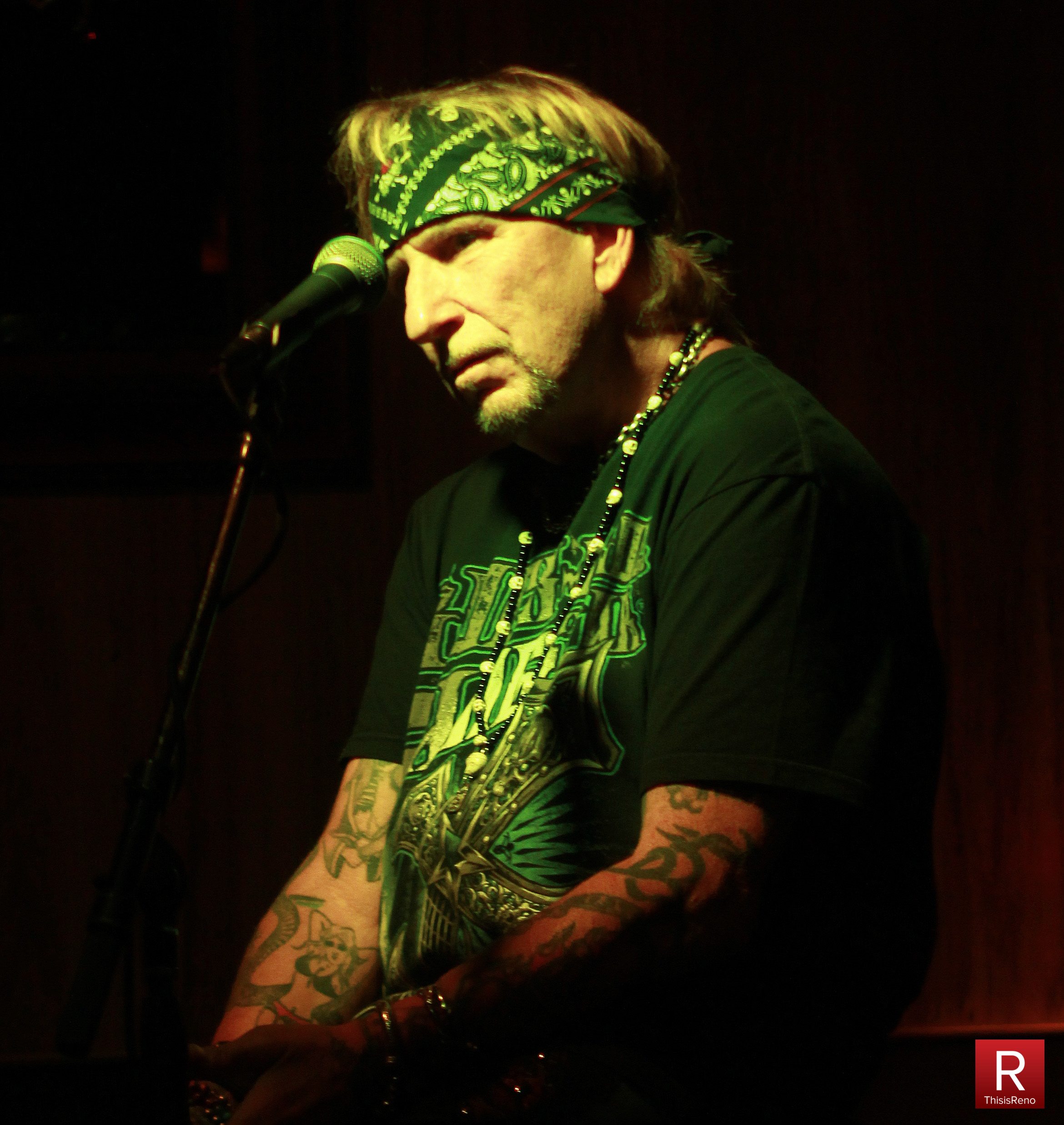 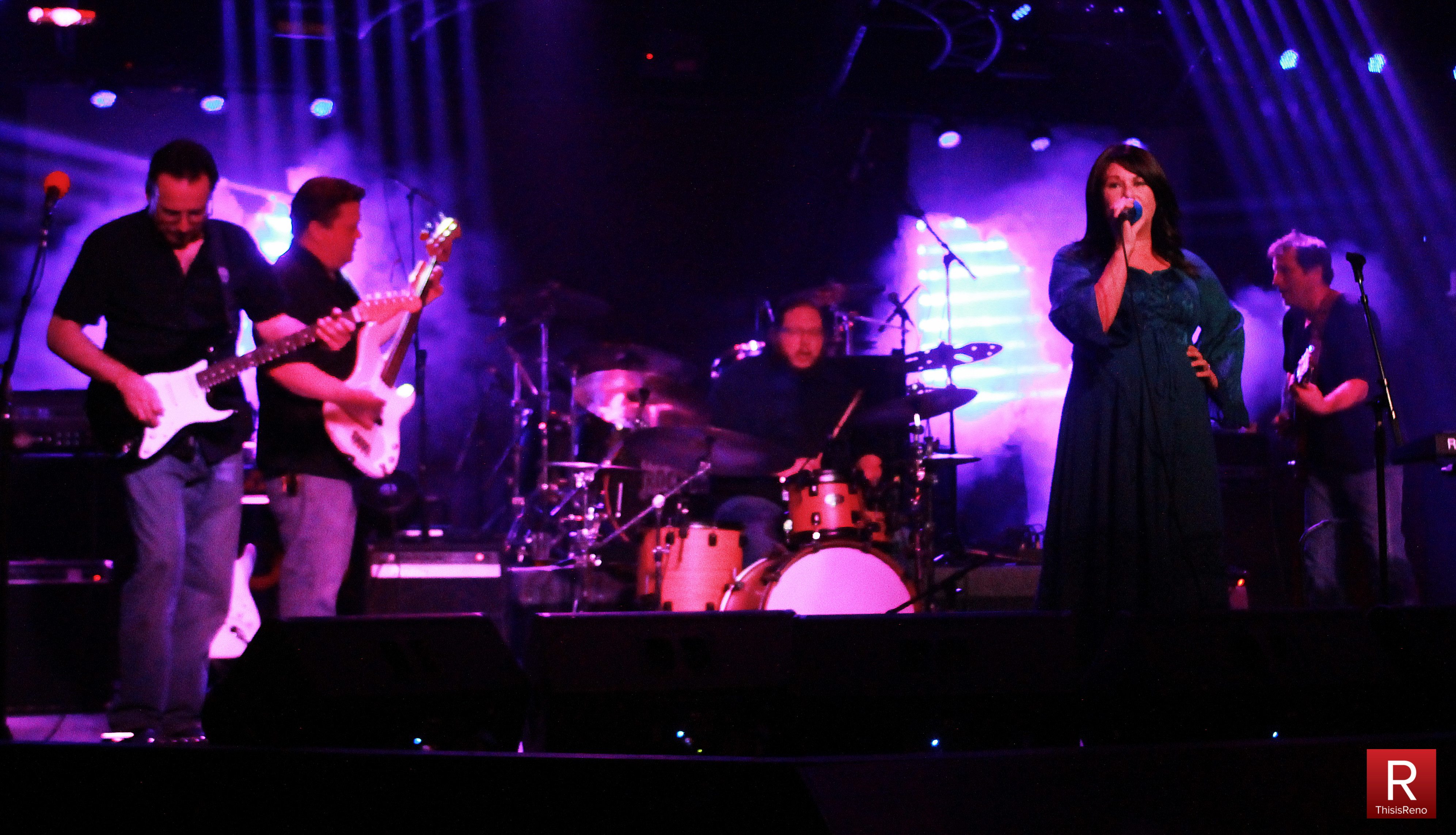 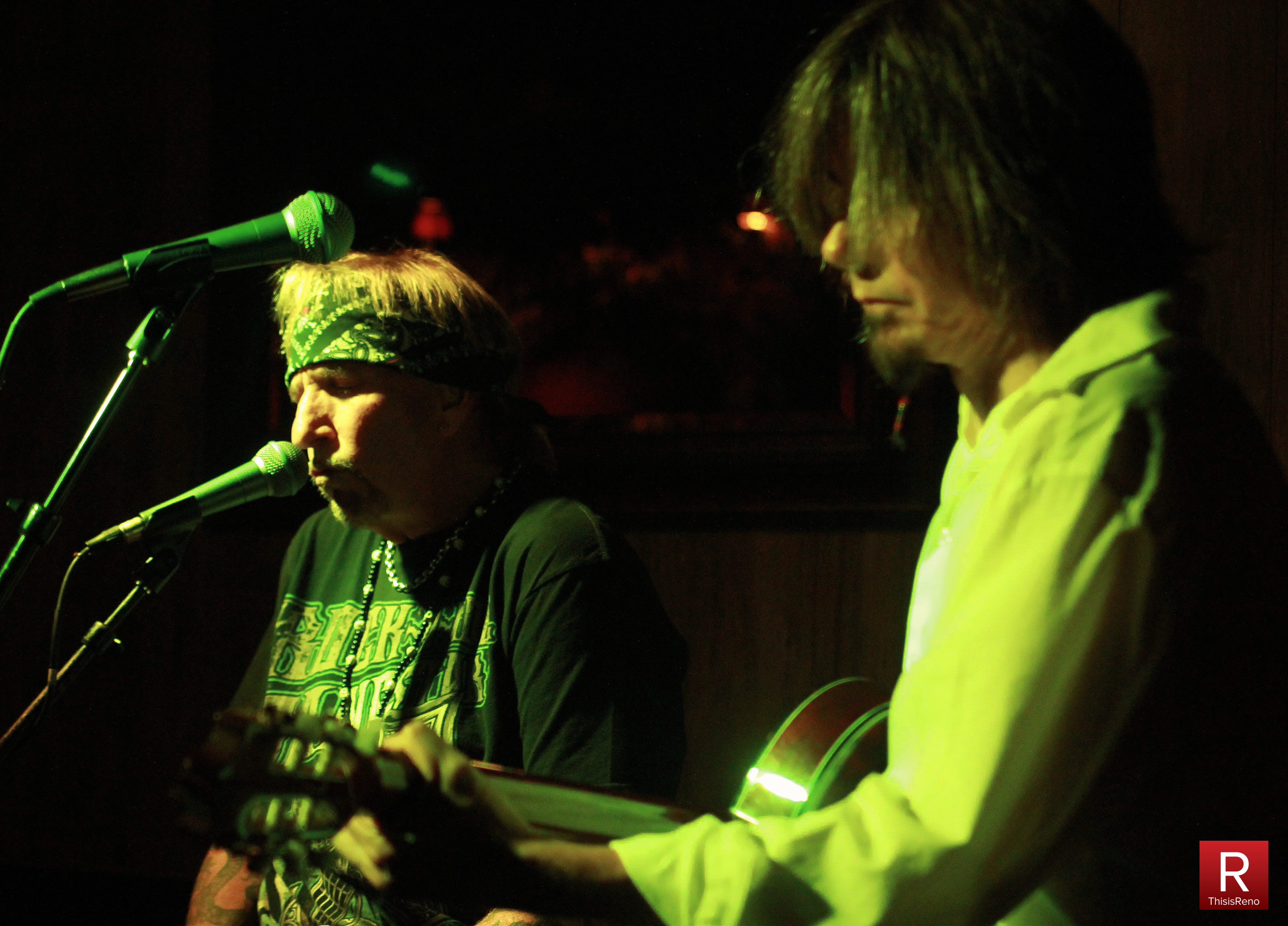 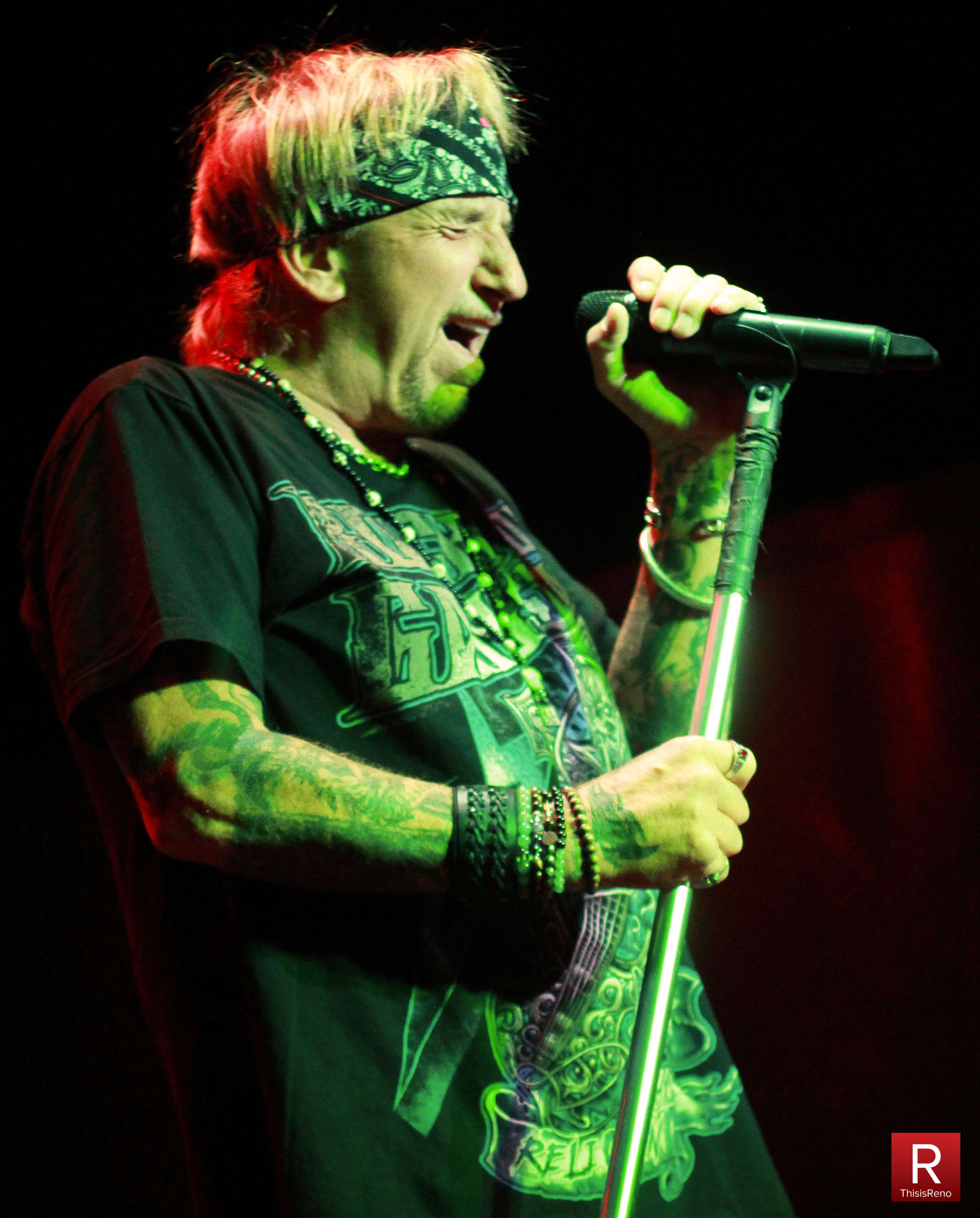 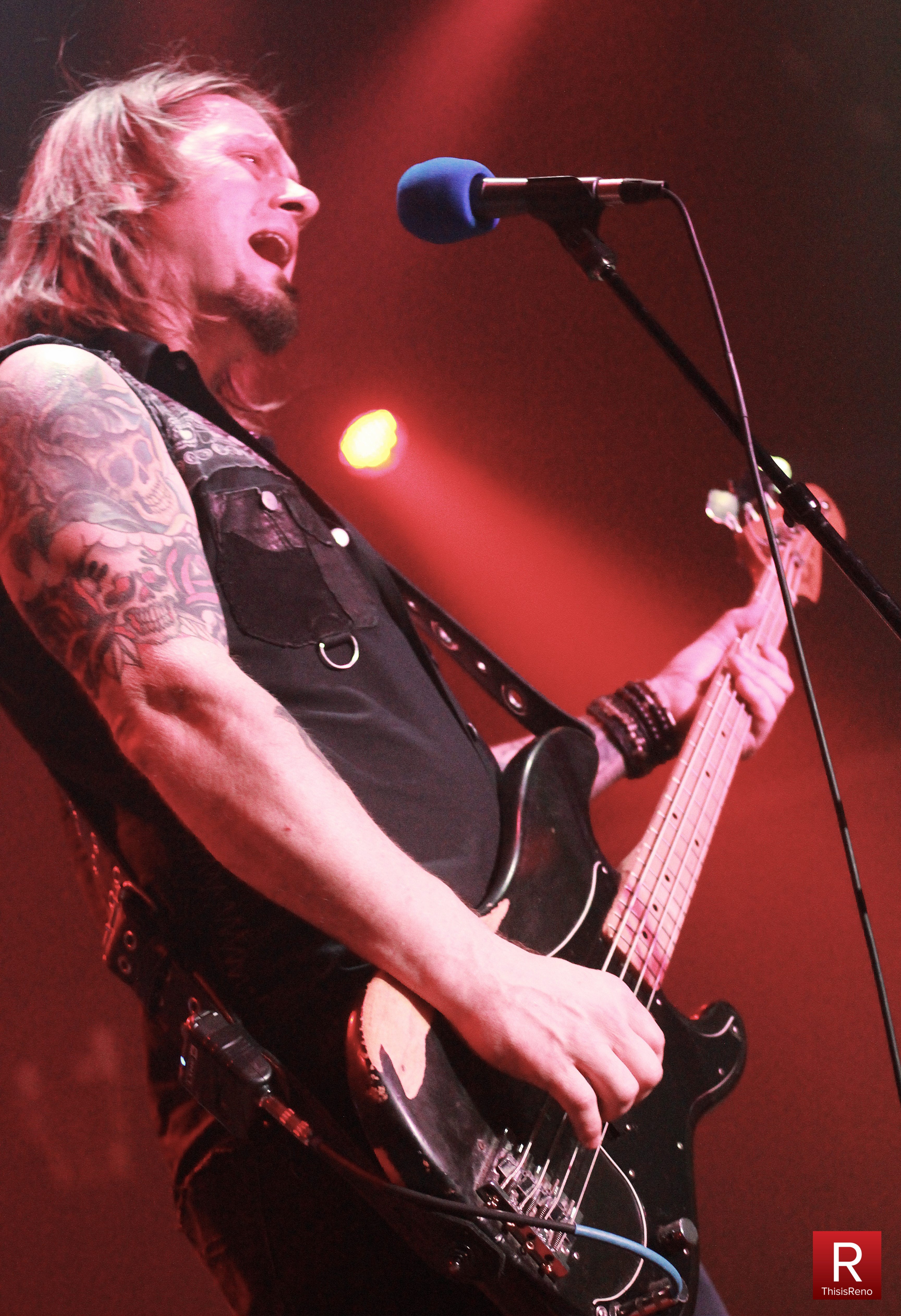 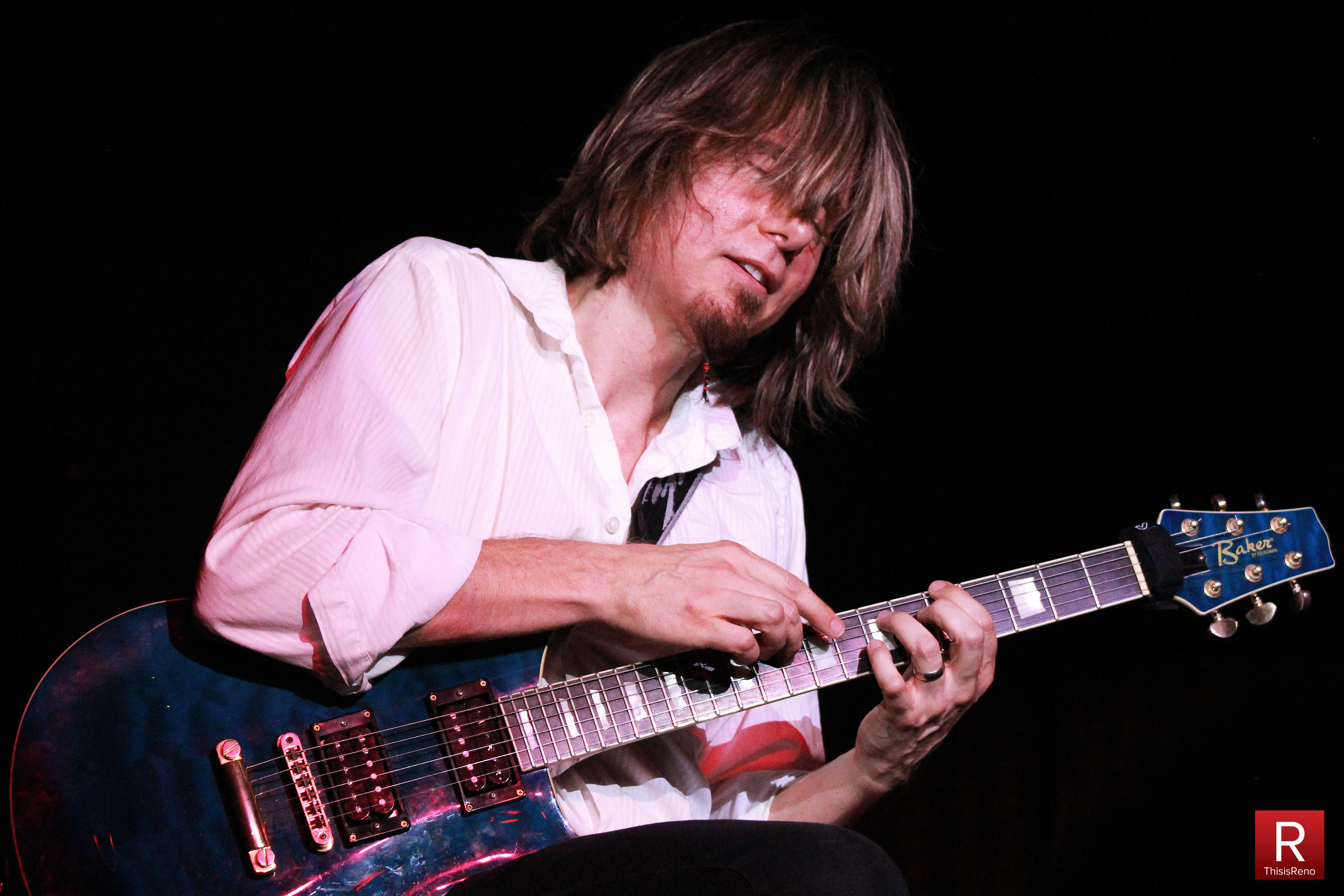 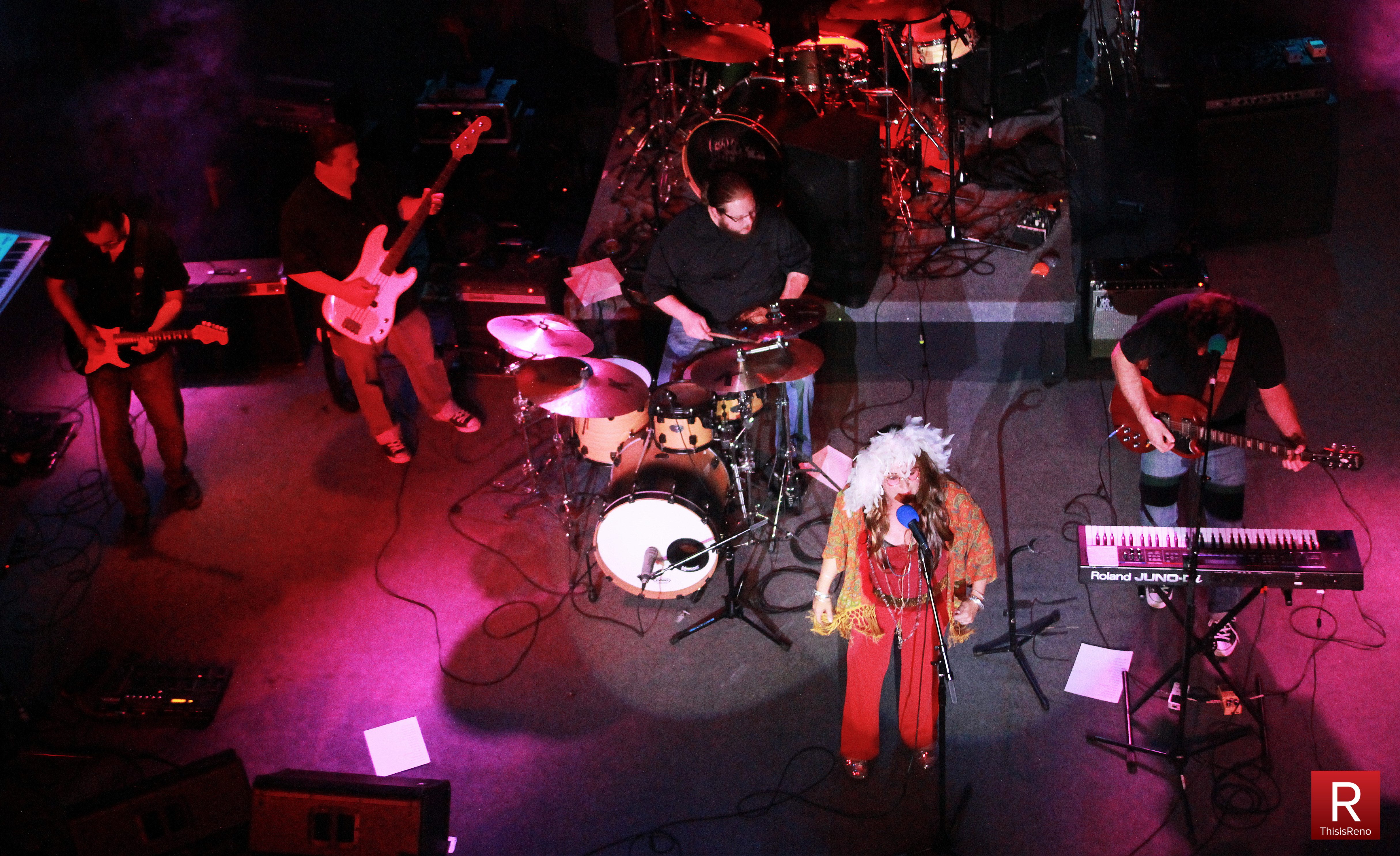 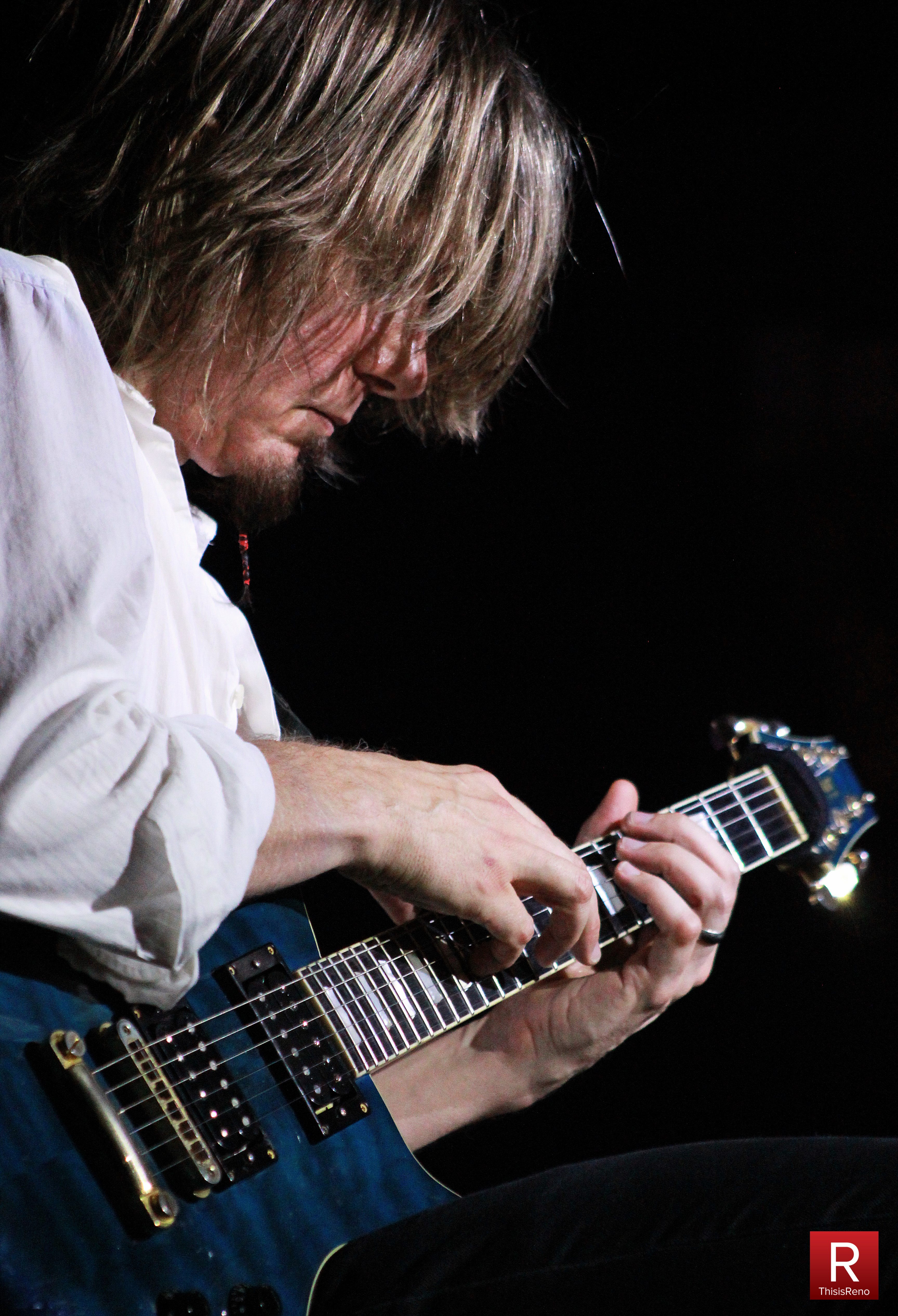 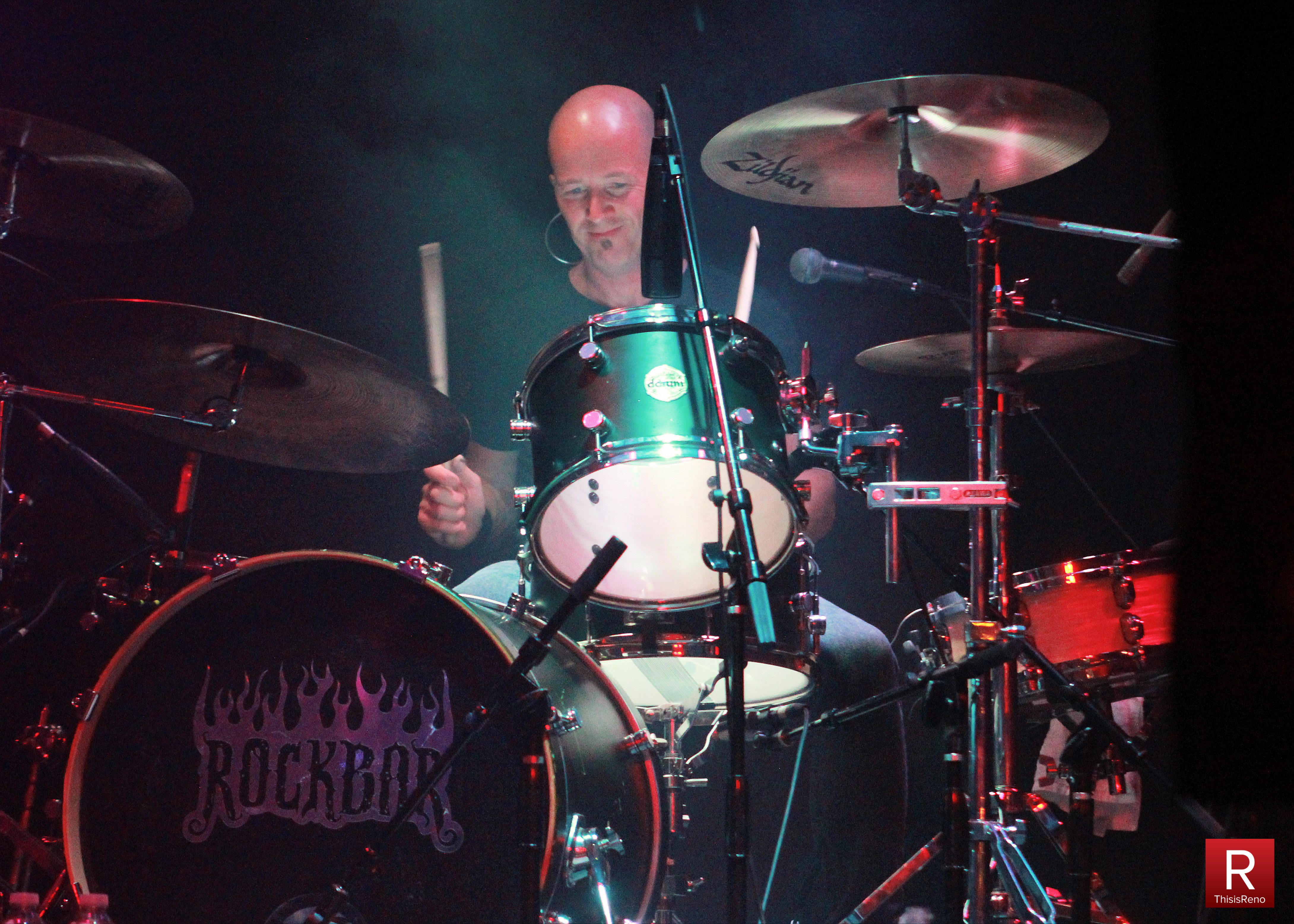 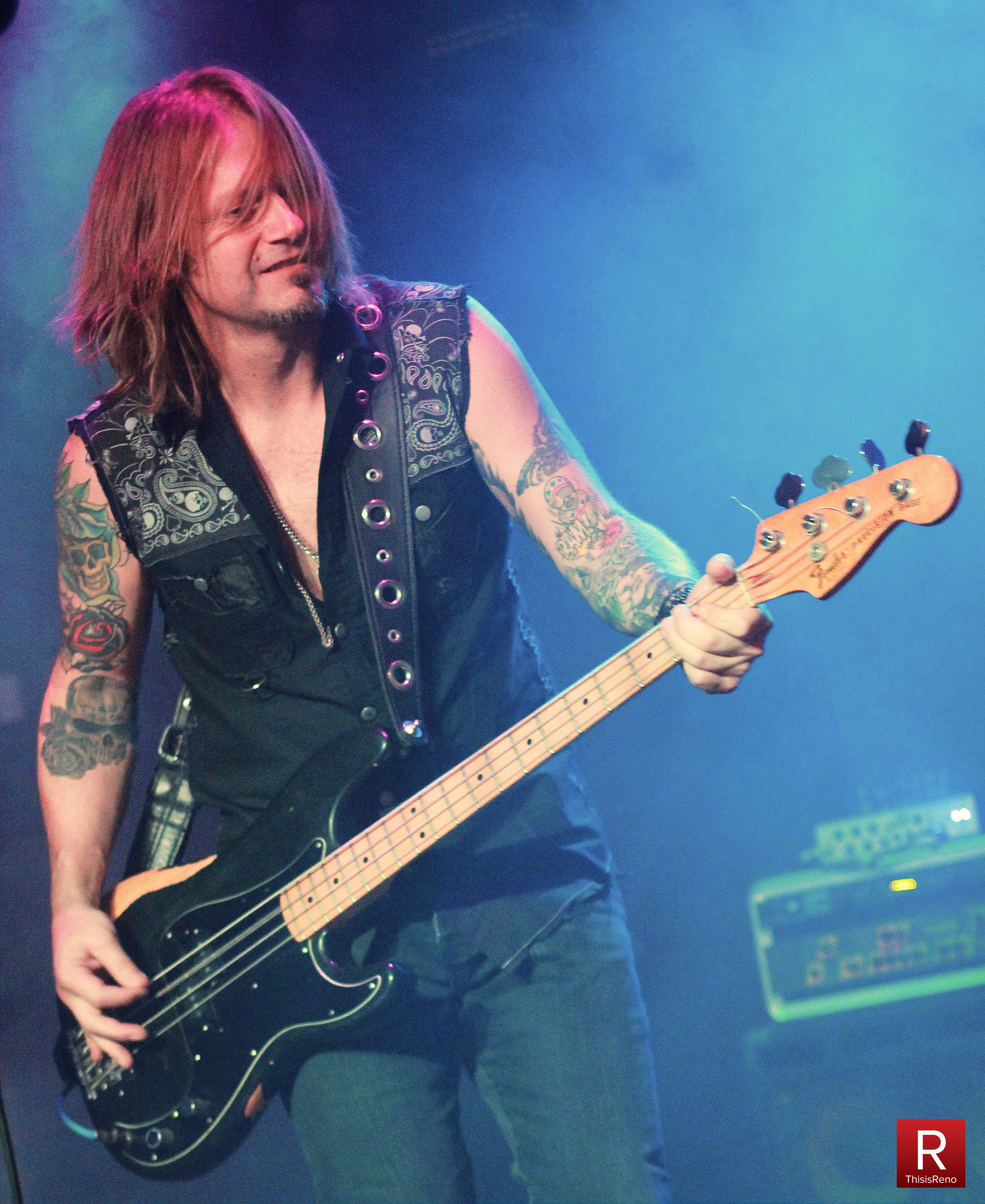 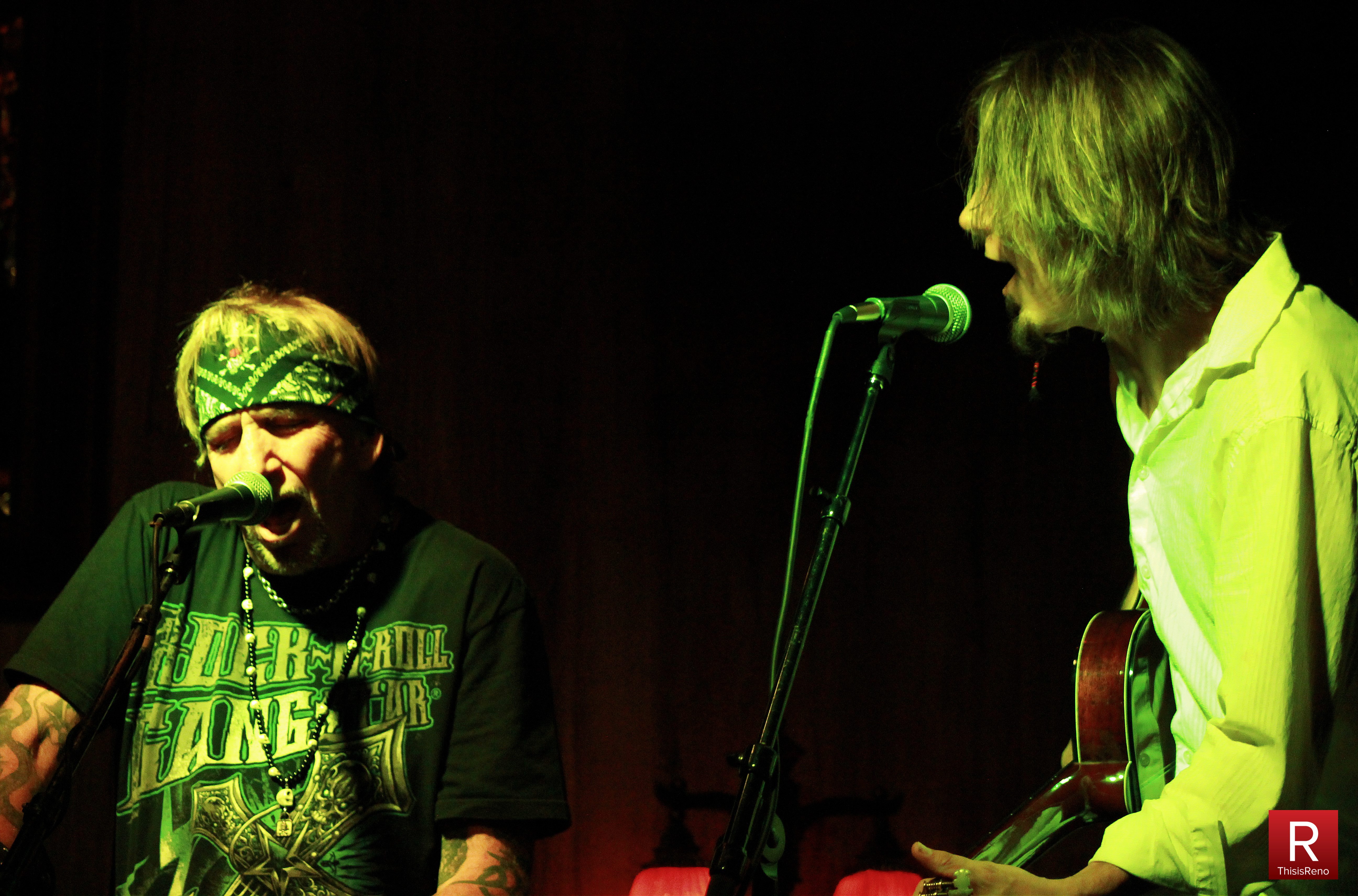 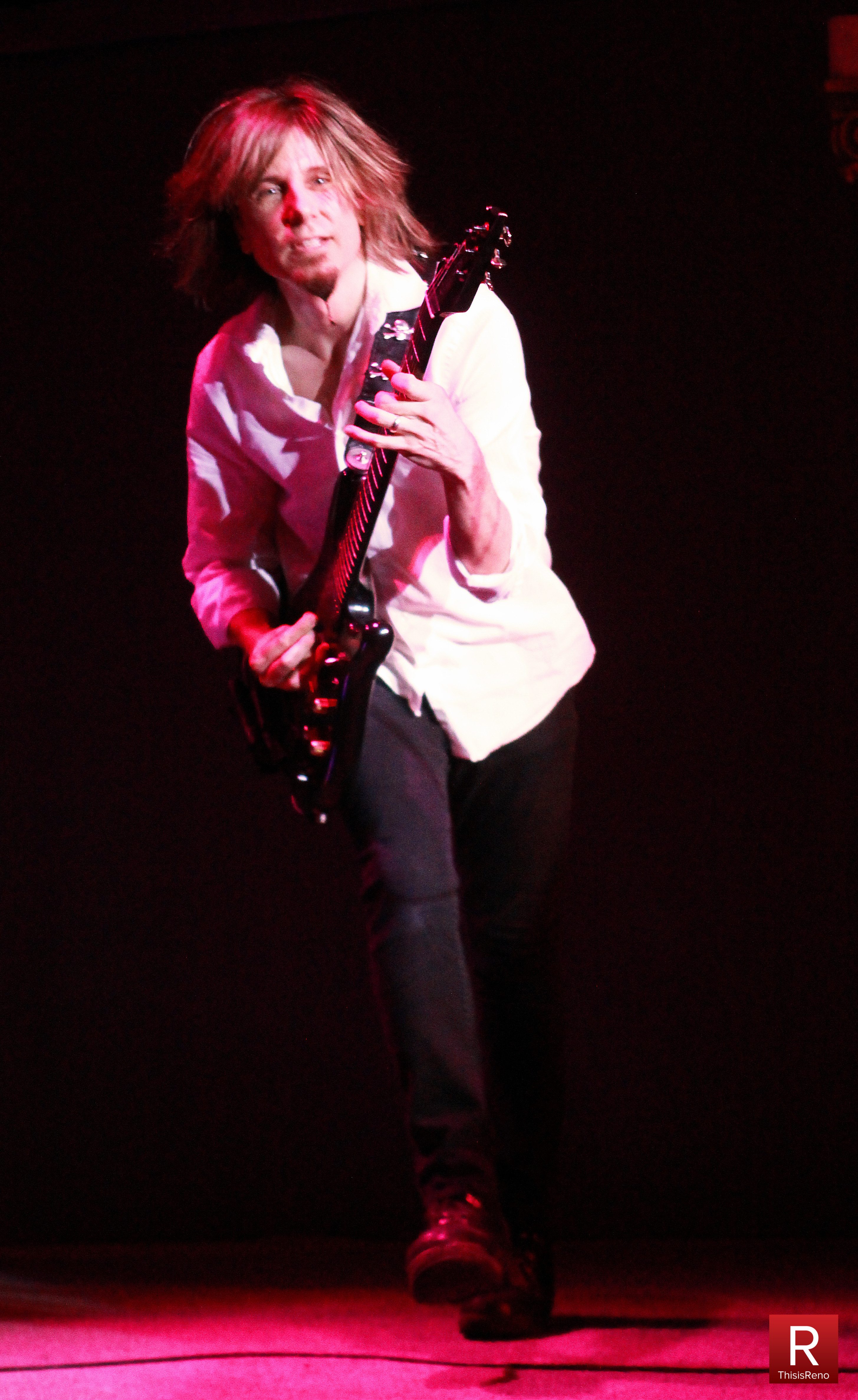 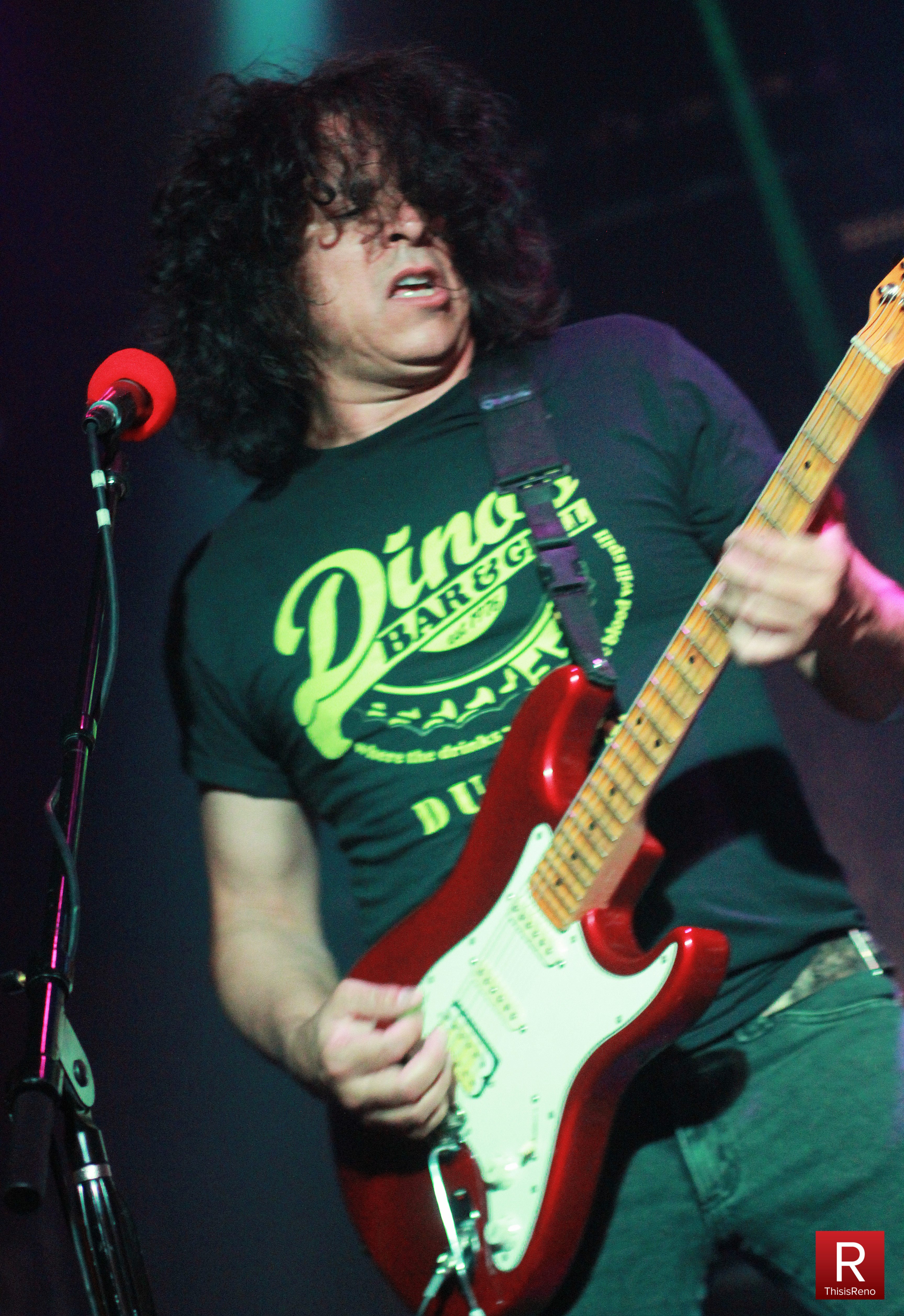 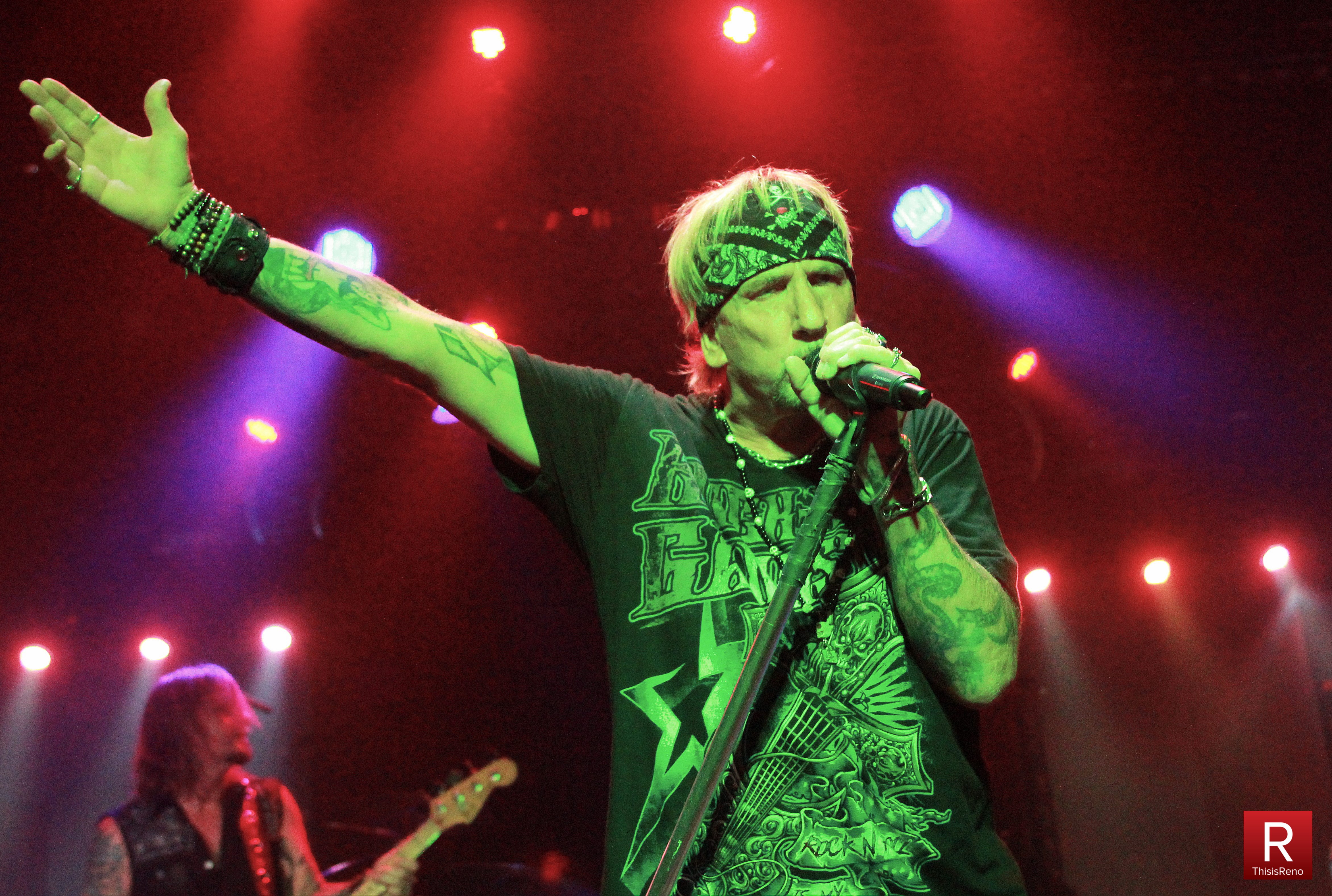 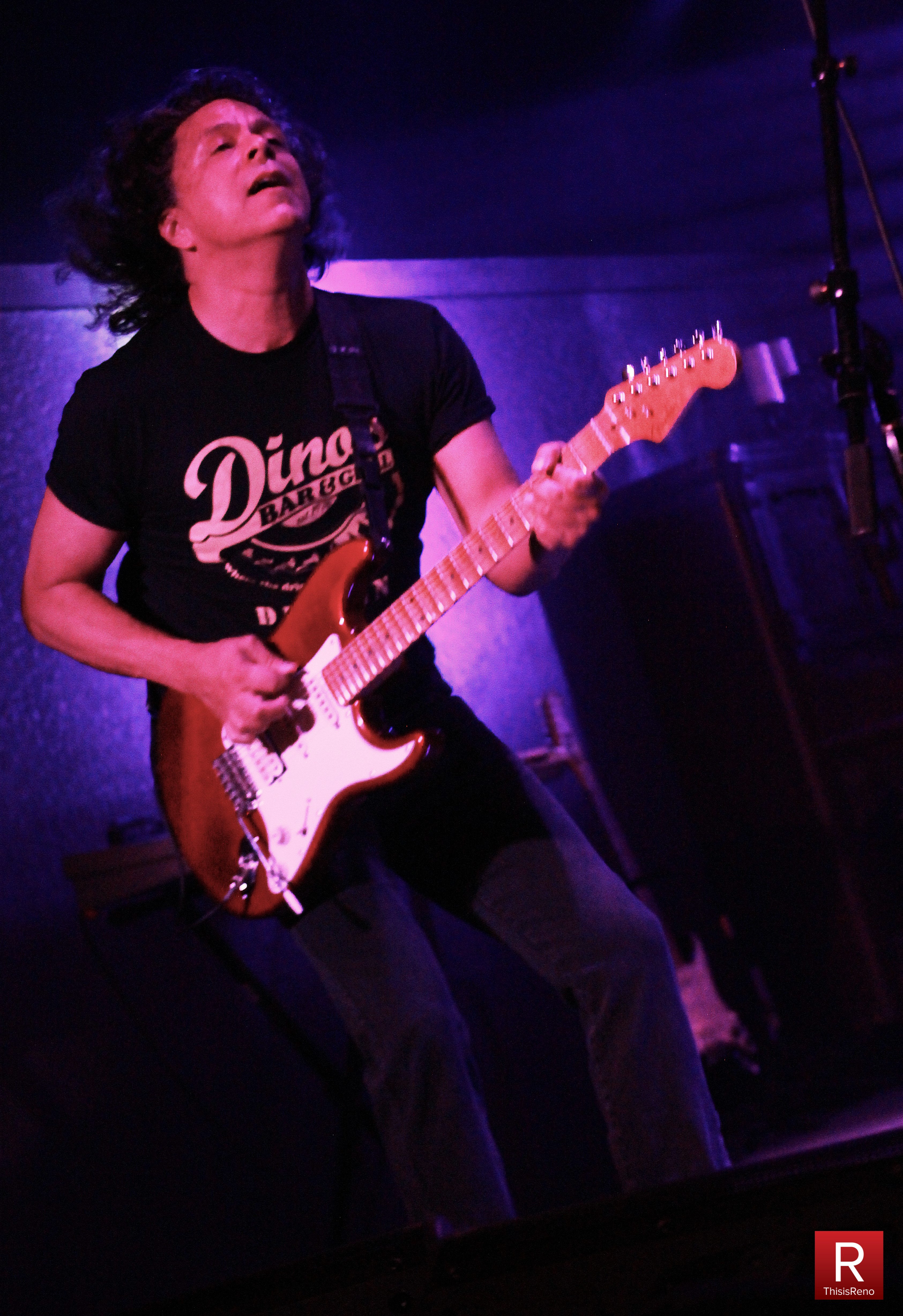 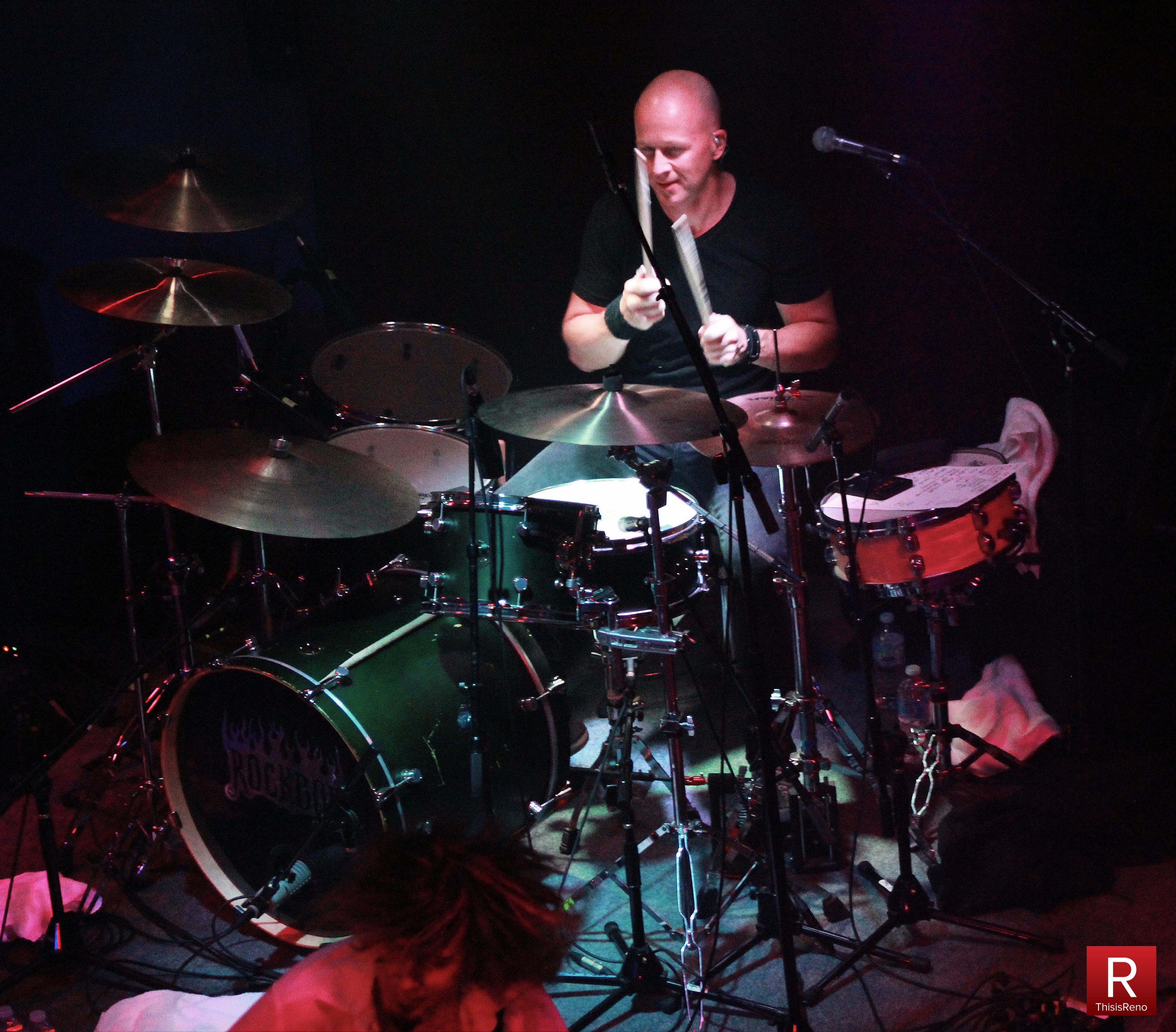 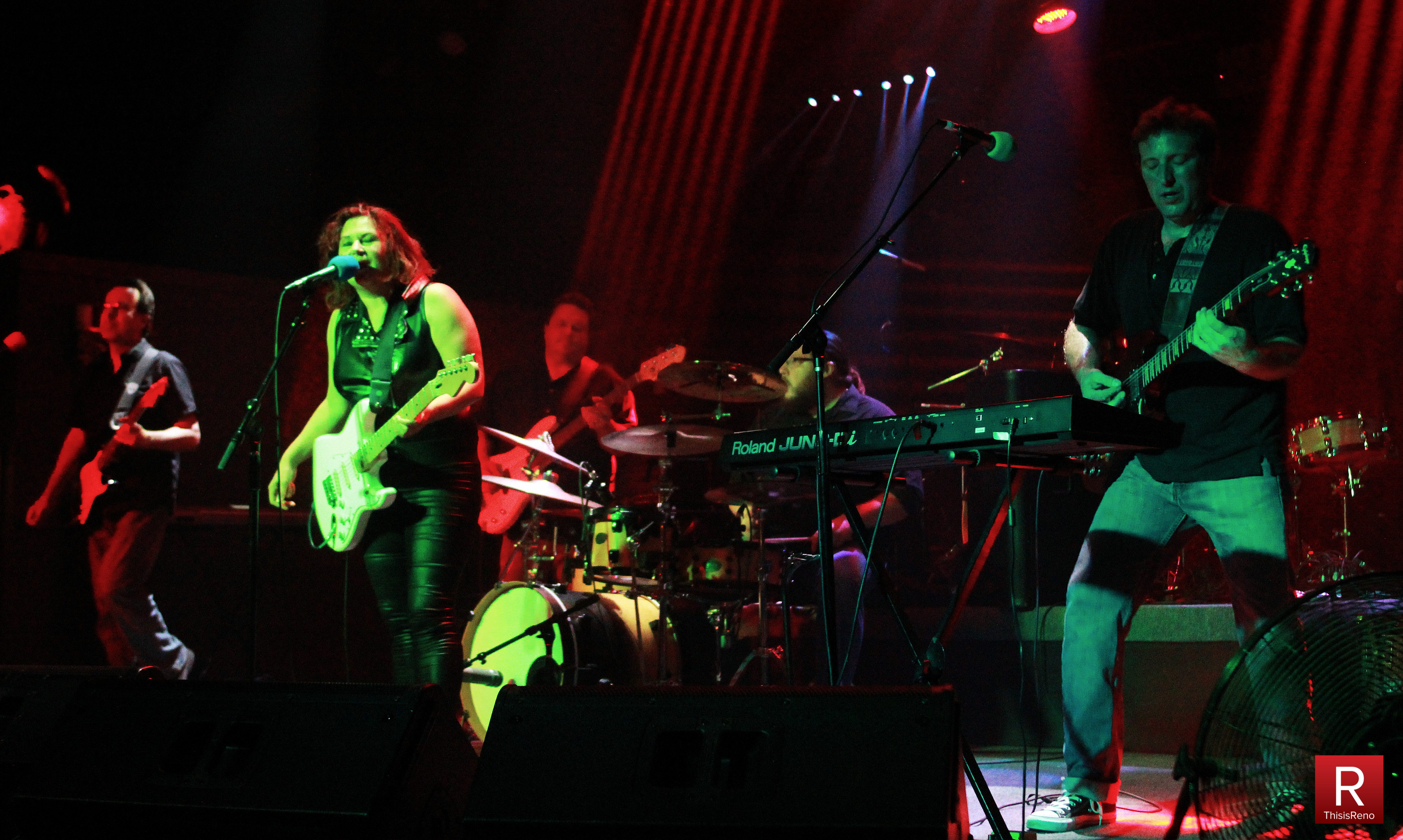 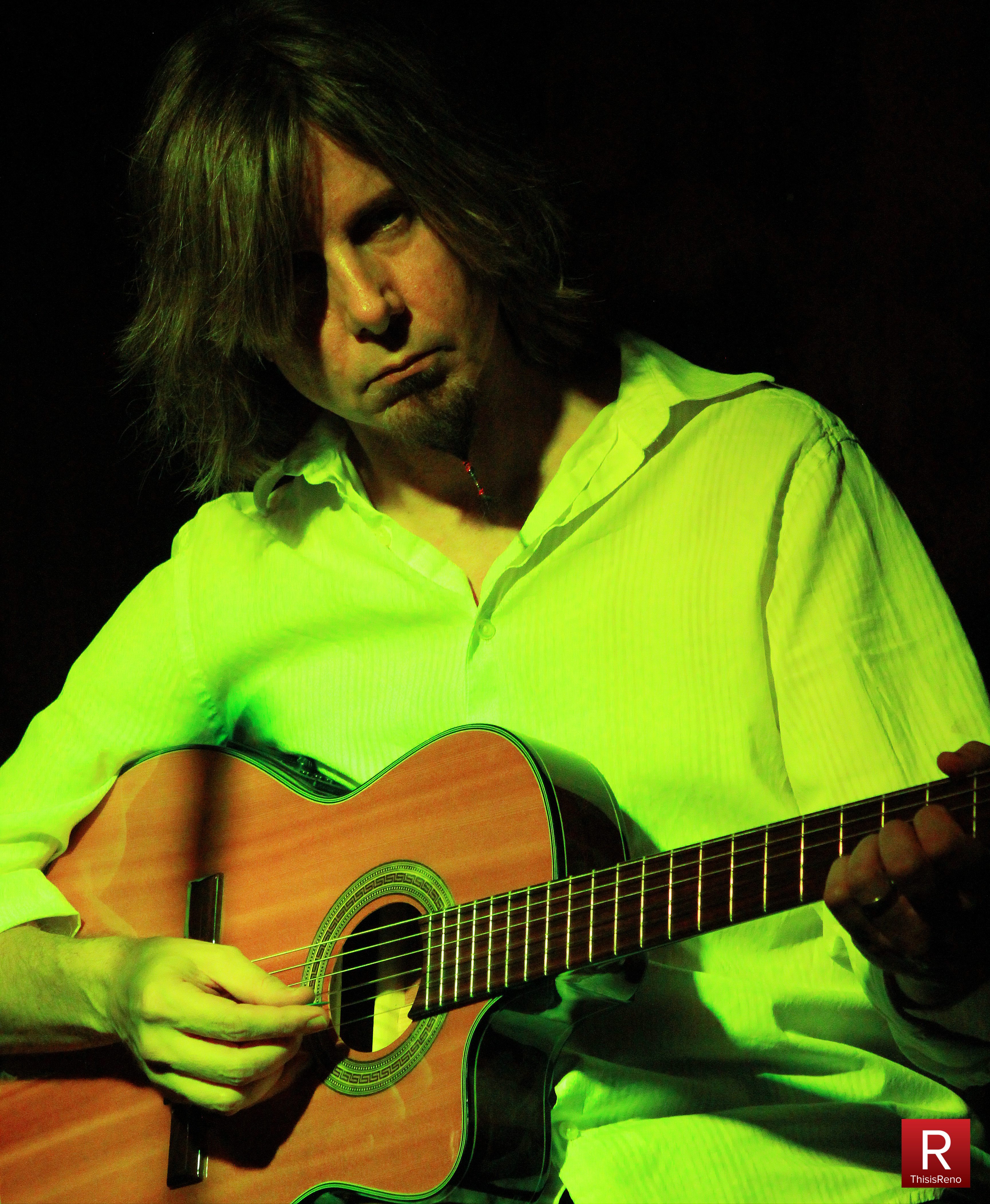 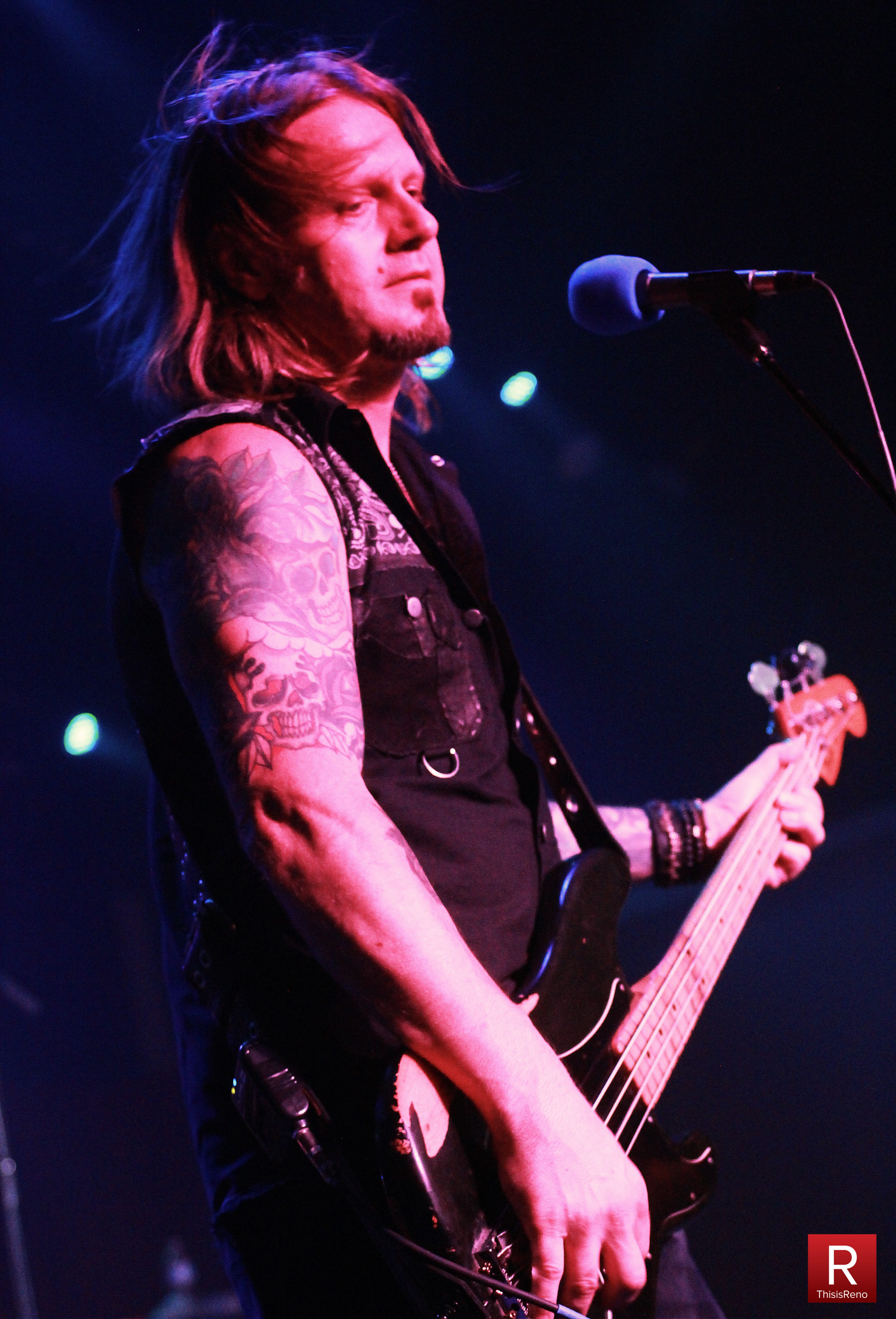 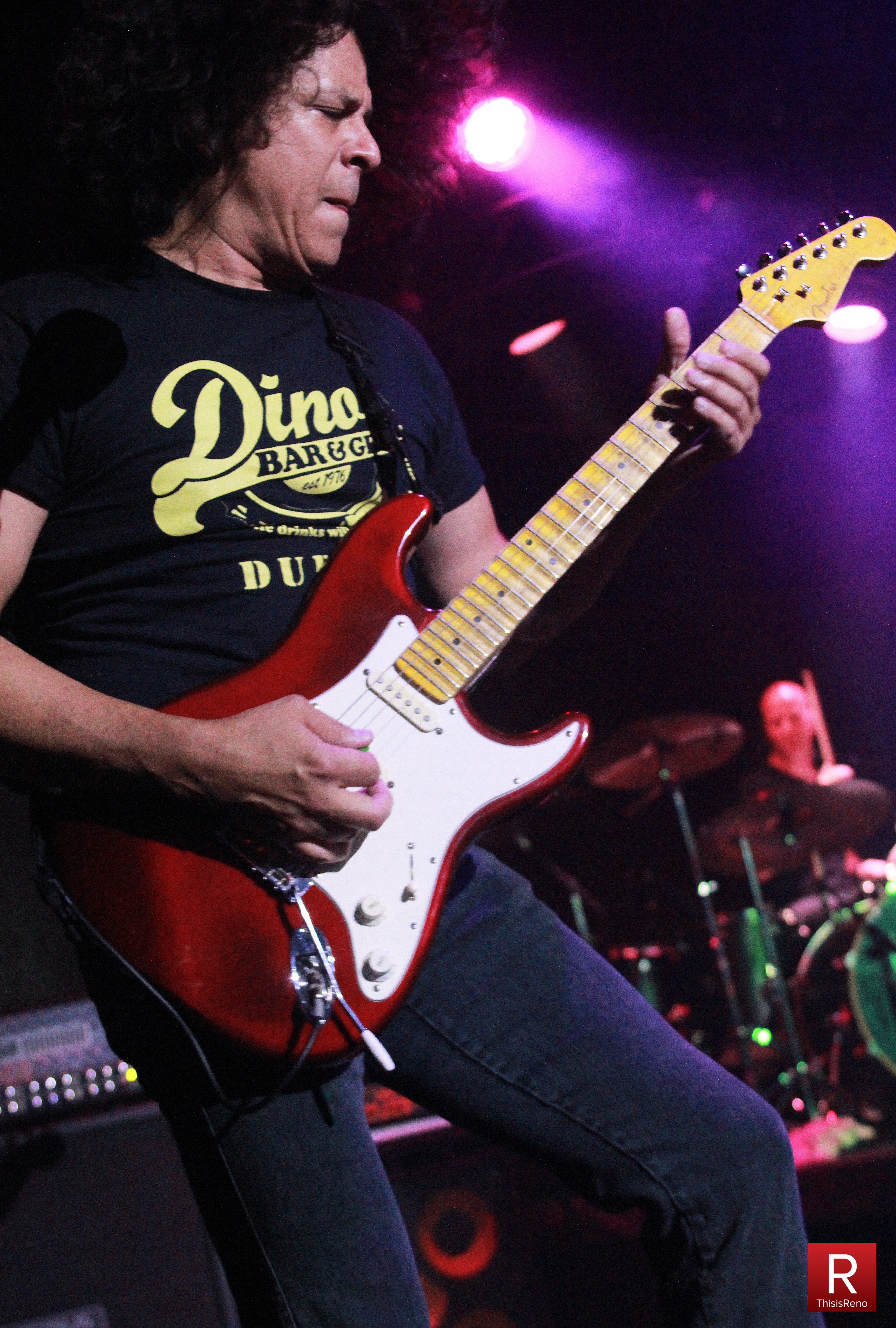 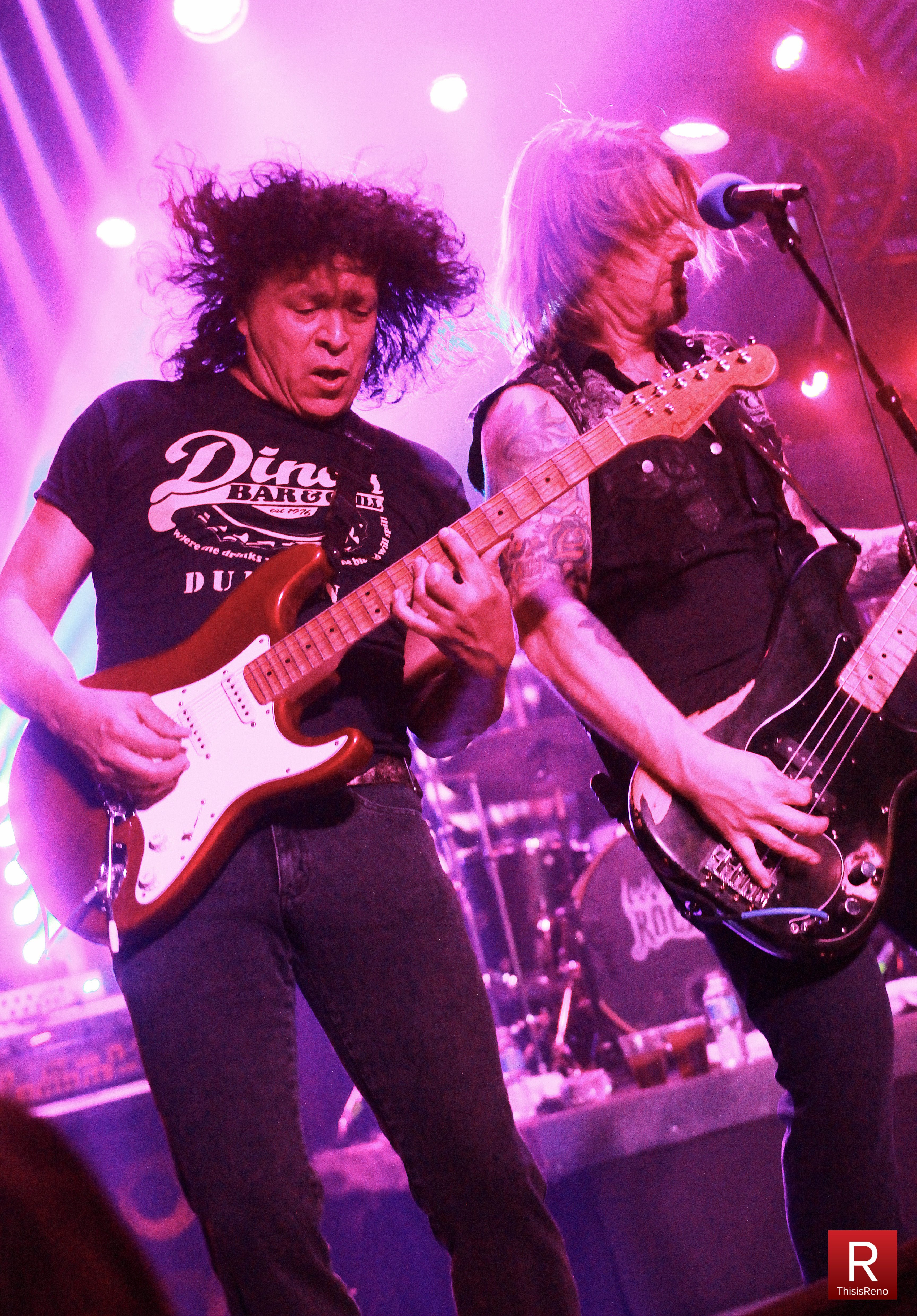 Friday August 19, 2016 the biggest little city’s newest concert venue The Rockbar Theater located in downtown Reno, hosted its biggest rock concert since it’s grand opening on June 18th. Jack Russell’s Great White was supposed play on opening day, but had to cancel for reasons unknown. So they rescheduled the show for the August 18th date. Attendance was the biggest the venue has seen to date, bringing around 250 very hardcore Jack Russell fans to the show. Also on the bill was a local Reno cover band, Vintage Rose.

Before Great White played the live show they did a VIP acoustic set up stairs in the VodkaBar that included Jack Russell and the band’s lead guitarist Robby Lochner. Fans had to pay an additional $50.00 on top of the $18.00 live show ticket to get into the acoustic set. About 30 people showed up for what turned out to be a very over the top awesome set. Russell and Lochner played around six songs that included some Great White songs and a couple of covers. Russell also told some very good stories about the good old days when he was in the original band and how they started out.

The acoustic set went something like this and let me just say, this is from memory, so if I forget a song please don’t kill me:

“Have You Ever Seen The Rain” (CCR cover). “Sister Mary”, “Face The Day”, “Old Man” (Neil Young cover), “On Your Knees” and ended the set with a fantastic version of “Rock Me”.

I can tell you this, everyone definitely got their money’s worth, if this was any indication of what the live show might be, then we were in for one hell of a night.

Starting the night off (not counting the acoustic set) was a local band that I never heard of called Vintage Rose – The Women of Rock. I’ve been going to local shows for many years now and it still amazes me that every once in awhile a local band comes out of nowhere and blows me and everyone in the venue away with such an awesome set.

Well this was one of those bands: Vintage Rose is a live band tribute honoring the vision, passion and power of the women of classic rock. Hear more than 20 top hits by five of the most talented and electric female singers of all time including Janis Joplin, Blondie, Ann Wilson of Heart, Joan Jett and Pat Benatar.

This band is also known as Decoy, they do mainly casino shows, that’s probably why I’ve never seen them play before. Decoy was recently voted best casino band by the Reno News and Review for 2015-2016.

Vintage Rose got over fifty minutes stage time and their set went like this, (from the set list on stage):

These guys and gal really got the place jumping to start the night off. Lead vocalist of the band, Natalie Jones, not only did an awesome job portraying each singer of the bands they covered with costume changes, but what was most impressing were her outstanding vocals on every song. Her impression of Janis Joplin was just unbelievably great, all the way down to her movements during Joplin’s songs. While she ran off stage for costume changes, the guys would do the male vocal covers, they also blew the roof off.

Vintage Rose/Decoy are well worth seeing again, don’t miss the next time they play, weather in a casino or concert venue, you will be amazed.

Before going into this show, I had never seen the Jack Russell version of Great White. I did in fact see and meet in person the other version a few times before. The other version is very good to say the least, some might even say “great” (no pun intended). If they weren’t, they would not be selling out almost every show they play.

Also before I had the privilege of seeing Russell’s version, I was hearing a lot of mixed reviews about the band, some good, some bad and mostly some really bad. I had heard things like, “Russell’s not physically fit to front any band, especially a ‘remake’ of a great band like Great White, he should just give it up and retire.” And other stuff like, “Russell’s Great White can’t compare with the real Great White. Terry Ilous is a perfect fit for Great White.”

Excuse me! Although Terry Ilous is a great vocalist and he does a fine job fronting Great White, he’s not Jack Russell. Russell is a founding member and the voice of Great White and always will be.

When the time had finally arrived and I was going to see for myself if all I had heard was really true or not. Lucky for me my first time seeing Russell was at the acoustic set. The first thing I saw was this old looking guy with a limp walking into the VodkaBar with a younger guy carrying a guitar case, I thought holy crap, this guy is really not looking like he can go the distance and play a short acoustic set and then a whole set at the live show that comes next.

As it turns out, I could have not been any more wrong than I was. More importantly was the fact that all those things I had heard were all B.S. Not only did Russell kill it at the acoustic set that went close to an hour, he absolutely rocked the live set for nearly two hours. Russell’s vocals were so good it was amazing, he commanded the stage like he did thirty years ago. It doesn’t matter who the other Great White gets on vocals, they will never come close to matching what I heard on Friday night … NEVER! (Unless of coarse it’s Russell.)

In case you don’t know how all this transpired to get where the bands are today, briefly, here’s what happened.

In September 2013, the parties finally reached an agreement in Federal Court that legally Jack Russell will turn all his rights to the “Great White” name over to Kendall, Lardie and Desbrow. They in turn leased a way for Russell to make a living using the name “Jack Russell’s Great White” with his own band; while the other original members along with new lead singer Terry Ilous (XYZ), will continue to use the official name “Great White”.

Everyone there could see that Russell really loves what he’s doing, fronting his band Great White. No matter what it’s called. And more importantly, he genuinely does love all the fans that support him and he said that several times during both sets, and I believe it.

After all is said and done, there’s no denying that Jack Russell’s Great White is one kick ass band and worth seeing again and again at any price.

Also, a big THANK YOU to Rockbar owners Susan and Robert, first for bringing such a great venue to our city, and secondly for letting me shoot as many shows as I can handle. Now let’s get this thing going with some even bigger shows. (A photo pit would also be nice.)

Always remember to support your local bands and venues … GO TO A SHOW.