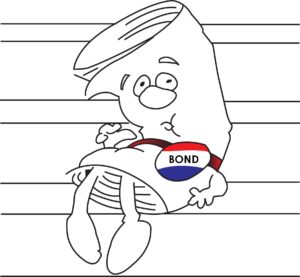 No one disagrees that our Washoe County Schools are overcrowded. Many disagree on how to address it. Everyone knows that the dam is about to burst and many see the cracks. On social media, in meetings and forums all throughout the district we hear — make builders pay, legalize marijuana, cut salaries and move money from other funds.

If only it were that simple.

Voters will be asked this November to vote for a 7.725 To 8.265 sales tax increase, a difference of approximately ½ a penny or $0.54 for every $100 spent. WC1 will generate a consistent second revenue for the express legal purpose of building and repairing schools in Washoe County. Residents of Washoe County seem to understand what the tax increase is for. What voters may not know is why we need it, how bonding works, why NRS Statutes matter and how state laws are an obstacle.

Here we go down the rabbit hole…

Nationally, states like Nevada use bonding to pay for the building of schools under individual state laws. Legally, a bond is a promissory note or “loan” issued to the district to build and maintain schools.

Currently, money received in Washoe County for capital projects is $0.3885 cents on every $100 in property taxes. That is the only money going into that fund. That fund is the only collateral for the “loan” that a bond is issued on and only issued when property tax revenues are high enough to cover the debt.

When property values drop, the collateral value drops and bonds are not issued. When property values go up, collateral increases. NRS 361.4721 was passed in 2005 in response to the housing bubble. This state law placed a cap on the percentage that ALL agencies can take. This cap essentially shut off the amount of revenue WCSD Capital Projects get. Then the bubble burst.

All things are not equal.

Counties like Elko get $0.75 from property taxes. Carson gets $0.44. Clark gets $0.55. Under legislative constraints some districts get revenue from sales tax, room tax, real property transfer tax, and residential construction tax. Washoe isn’t one of them. Under NRS statute 387.325 no counties can take money for capital projects from any sources except those already approved by the legislature.

Money cannot be moved from one fund to another under these laws so district salaries or operating funds cannot be used. Our collateral even at it’s highest, it isn’t going to be enough. All of these laws, all passed with the best intentions in their time…come together perfectly to disable our abilities to do anything…until now. We can remove the legislative constraints we are crippled by and give WCSD the second legal source for capital projects that other Nevada counties have for the first time in our state’s history. It’s time residents control our own funding.

It’s time for Washoe County to be equal under the law.

Officer Cleared in 2014 Shooting Near UNR