How One Local Clinic is Treating a Growing Epidemic

Heroin use is on the rise. Nevada is seeing epidemic proportions of the drug’s prevalence. Treatment can be challenging, and sometimes controversial, so we thought it was important to sit down with one treatment provider who is seeing a high success rate in treating opiate addiction.

John Firestone is its executive director. 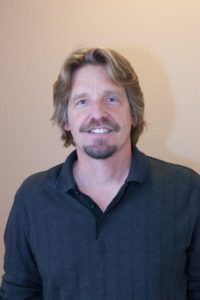 ThisisReno: I heard your heroin treatment success rate is about 70 percent.
John Firestone (Life Change Center): A little higher than that, yes.

TIR: That’s pretty remarkable.
JF: The Life Change Center has a unique model. We offer a combination of medication, substance abuse counseling and targeted case management. The combination accounts for the higher than normal outcomes. It only makes sense when you think about it. Why wouldn’t you want to use every possible best practice that you can when it comes to recovery from addiction. Historically the outcomes for treatment as usual are not that good.

TIR: Including the medical?
JF: Right, when you bring in methadone or suboxone into the treatment mix, the outcomes go up noticeably. The national average for individuals having success in quitting heroin and pills in treatment centers like ours is in the mid 50-percent range. That average is remarkable. The Life Change Center is one of only two medication-assisted treatment centers in Nevada that is a non-profit organization. This allows us to reinvest all of the revenues generated back into staff. The money that’s created goes back into providing better services. We can hire more and more employees. The staff has grown and grown, unfortunately just like the problem that we are facing with heroin use.

TIR: Of course. Why is it not more common then?
JF: I think it is becoming more common, but there is a long standing stigma that fits into this equation. The belief that a person taking methadone or suboxone have some sort of qualified sobriety. Perhaps it was based on a belief that heroin and pill addictions belonged to some untouchable class of people. I don’t really know how it starts, but I can attest to that fact that it is changing.

The rates of heroin addiction are sky-rocketing, and the age of the people becoming addicted to opioids is getting lower and lower. The need for more services like The Life Change Center is really high, and no one can deny the efficacy of medication-assisted treatment.

The challenge is how to best expand services. A recently published study states that on average 70 people a day die from opioid overdose in the U.S. That’s nearly three people every hour. This is a community problem. I see an answer with creating more sustainable treatment systems. Understand my perspective. I am an administrator, and I see an answer — not so much on a one-to-one basis. I see it as a community problem, I look at more systems.

TIR: I think that’s a really wise way of looking at it. There’s a lot of value in looking at exactly what you said, looking at these problems and societal situations as systems as opposed to this one-to-one relationship.
JF: Well I don’t want to discount the importance of the one-to-one relationships. Non-profit health care systems, when run with the right balance of business and passion, is a beautiful thing. I’m very proud to be a part of one. But the front line is so very crucial — counselors, nurses, social workers. They are an interesting breed because these are people that are choosing a very difficult population to work with in a field that historically pays a lot less than most other fields requiring similar degrees.

The Life Change Center’s treatment success rate compared with no treatment and the national average.

TIR: That’s a big, big issue. Another point we were talking about is management of organizations and recognizing the importance of your people and treating them well.
JF: Certainly it’s an interesting gig, and there’s a whole story there … there’s a lot of reasons why people are drawn into the field. In a lot of cases we’re going to see some connection to a cause.

TIR: Can we talk a little bit about where heroin use is in the area right now?
JF: Absolutely, the study I mentioned early … three people dying per hour … it’s really out of control. Heroin and pill addictions are epidemic … not just on a National perspective but in our state. All the West Coast states, the expansion of heroin use has been remarkable in a very negative way.

Currently drug overdose is the number one cause of accidental death in the U.S. There’s been a 400-percent increase in heroin related problems in the last decade. Things like ER visits, overdose deaths and incarcerations. All these negative societal impacts have increased remarkably.

We try and use these markers as a generalized way of understanding the epidemiology of this problem. It does look like we have a significant growth pattern. It is considered an epidemic by our state. Our state is very involved, as in the United States as a whole, in trying to arrest this problem.

TIR: Painkillers and the like?
JF: Yes, and painkillers and heroin are the same. It’s like I’m drinking coffee and someone else can drink Coca-Cola. If we’re both trying to get caffeine, it’s caffeine. There’s a significant difference between Coca-Cola and a cup of coffee, but they’re exactly the same if your goal is to get caffeine.

When you’re looking at codeine versus heroin, you’re looking at OxyContin versus heroin, it’s just Coca-Cola and coffee. One of the things that may account for it, because of the stigma that’s on heroin, is that perhaps pills have less stigma. Somewhere around 2005, we started to see a shift. About 2008, it really started to show up in the form of people presenting for treatment.

This would be a reduction in age as well. As we interview the people who are coming into treatment at the Life Change Center, it appears that there’s less of a fear among young people about the outcome of using heroin as there was in the generations before them. It was normalized within their culture. It was acceptable risk to take.

TIR: Because of the pills?
JF: I think so. Pills first, but heroin became easily accessible, and it’s also cheaper — kinda a recipe for a heroin epidemic if you think about it. There’s a very well-developed and well-oiled machine for getting heroin into our area, and it’s cheap.

The demographics are changing. The modern day junkie is most likely Caucasian, middle class, young … men and women, 20 to 25 years old. Often addicted for years — since high school or junior high school age.

TIR: I know meth has been an issue in Reno for many years. How does heroin compare with that?
JF: In what way? What do you mean? The problem, like the scope?

TIR: Yes, the scope, the demographics, those kinds of things.
JF: Don’t know. So it’s a bigger problem right now, as far as treatment admissions. Heroin’s bigger than meth, but meth is coming back. What happened is around 2005 there was a big push, and the Reno Police Department and some other facets of our community really got engaged in, “Let’s take care of this meth problem.” It was huge and they did a great job.

We had some 11 years of decreasing methamphetamine problems, each year lower. It was amazing. I think we took our eye off it is what happened.

TIR: We got comfortable with the progress.
JF: Yes. The progress was huge. It was amazing. But it can certainly come back. One of the things that’s interesting is that as an addiction recovery center, we drug test people all the time. I think that this is a barometer for drug problems in our area.

Folks who have an addiction problem are most likely to use another drug. Just based on the mental illness of addiction, they would have less of an ability to say no, perhaps, and more of an interest in trying something. When I see the rates of drug tests rise in one area in my clinic, it’s like I have a finger on the pulse of our addicted community. My guess is that the availability is getting higher.

TIR: Is this substantiated in any statistics that you’re aware of?
JF: Not that I’m aware of. This anecdotal stuff that I’m seeing, and it probably hasn’t been analyzed yet. Maybe it will.

TIR: From your perception, how does our community deal with these issues? How well or not? You may have to be judicious in your response.
JF: Nevada has never had a reputation towards investing into social programs. But I really think that is changing for the better. Look at Medicaid eligibility expansion; I think Nevada was on the front of that wave. It has really helped people access treatment at The Life Change Center … it’s not just methadone treatment centers. We’re talking about substance abuse treatment centers of all makes, shapes and sizes — they can now actually bill for the services they provide.

With more people having coverage to pay for treatment, that empowers growth. We’ll see how that goes over the next few years. It is hard to know for sure, but my guess is that Nevada Substance Abuse and Prevention Treatment Agency, which is our State authority for substance abuse treatment, is making huge progress. I am very optimistic about the direction we are heading as a State.

TIR: I guess my last question would be kind of along some of the others: What is the community response to what you’re doing?
JF: Right now it’s excellent. We have a lot of support for expansion. We have a lot of support for our model. It could be a lot better. We could do better in informing the community of our services. Medication-assisted treatment is odd when it comes to community interest. You never want to know a good oncologist until you need a good oncologist. The same is true with methadone.

We actually trumpet who we are very loudly. But typically the only the ears that are listening are those folks who are directly or indirectly affected by heroin addiction.