By Bob Conrad March 22, 2016
Pine Middle School was shut down for two weeks because of needed repairs after flooding. 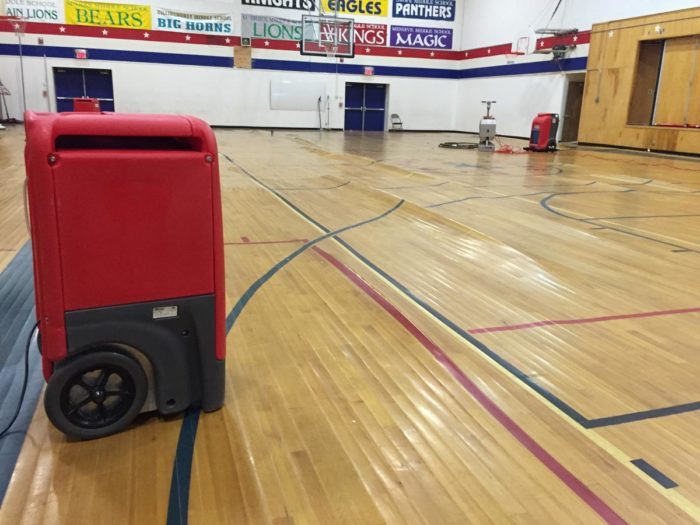 Pine Middle School was shut down this year for two weeks because of needed repairs after a water line break and asbestos concerns.

The Washoe County Board of County Commissioners passed today a resolution for a school improvement initiative that will appear on voter ballots this fall.

School advocates made an impassioned plea before commissioners to improve the condition of Washoe County schools.

Shaun Carey, who chaired a committee charged with developing ways to improve school infrastructure, made the case for the upcoming ballot measure which will raise Washoe County’s sales tax to 8.3 percent, making it the highest in the state.

“We must have safe schools,” Carey said. “Lead paint, asbestos, failing boilers, failing school conditions. This district wants, can and will lead the renovation of these schools because they’re capable of doing it and they’re dedicated to doing it.”

“This is an issue that is so important to this community,” she said. “We came with an idea that is less negative. It’s about the need to grow and improve our schools.”

If the measure fails, the school district said double-sessions for schools could be possible and students would have to attend school as early as 6 a.m. and as late as 7 p.m.

One person spoke against the proposed ballot question. Jeffrey Church of Reno Public Safety said the money could be used for pay raises and would not sunset.

The school district’s Chief Operating Officer Pete Etchart said the money would not be used for pay raises and that the money will not go into the district’s general fund.

Len Stevens, CEO of The Chamber and a member of the coalition formed for this effort, praised the effort.

“It’s not often you see labor and business coming together on the issues, but we know this measure has to pass in November for our economy, and more importantly, for our kids,” Stevens said.

The commission voted unanimously for the ballot initiative to proceed.

County Commissioners acknowledged a report from the Washoe County Planning Commission on potential changes to Development Code, Chapter 110, for signs. The Commission voted to introduce the proposed amendments and to hold a second reading for a meeting scheduled for April 12, 2016. Commissioners approved 4 to 1 (Herman dissent).

The Washoe County Community Services Department has been working on changes to the sign code for more than two and a half years. The Washoe County Planning Commission has been involved in the update along with outreach to the community.

Commissioners appointed a Sign Code Working Group to go over how changes to the code will affect the public and local businesses.

“I really want to thank the industry and the advocacy group for coming together on this,” Jung said. “As policy makers, we make much better policy when we can work together. It’s a model for how things are done correctly.”

The changes to the proposed sign code were done to simplify the code and combine billboard code with sign code. Part of this process is to distinguish the difference between on-premise and off-premise signage (billboards).

There is also updated code on:

The Board approved a $2.2 million North Valleys Regional Park Phase Five Project Funding Intergovernmental Agreement between the City of Reno and Washoe County.

The City of Reno has agreed to pay $1 million of the project through Residential Construction Tax. Washoe County will pay $1.2 million, which is funded by proceeds from the Sierra Sage Golf Course.

Construction is expected to begin later this year.

The criminal division prosecutes every felony and gross misdemeanor that occurs throughout all of Washoe County and all misdemeanors that occur outside the city limits of Reno and Sparks. The civil division is the law firm for the County and represents the Board of County Commissioners and each of the County’s 24 departments, providing expertise in open meeting law, property law, water law and a range of other specialties.

Programs such as Paws for Love and an early intervention process for domestic violence cases are also designed to minimize the trauma on victims throughout the prosecution of cases.

“The office is focused on protecting victims of crime, particularly children,” Hicks said. “The Washoe County Child Advocacy Center continues to revolutionize the investigation and prosecution of cases involving children. It is my goal to make an office that this entire community can be proud of.”