Reno Mayor Hillary Schieve proclaimed today as “Guy Clifton Day,” recognizing him “for his years of service as an award winning journalist, bringing Reno residents, history and special events to life through his stories.”

“You mean the world to us,” Schieve said. “We love you very much.”

Clifton was let go from the Reno Gazette-Journal January 6, 2016.

“I’d like to announce my candidacy for mayor,” Clifton joked when asked by the major to say a few words. “The best part of all of this is knowing how many people that supported me and just basically had my back for all these years.”

Clifton said that he will make announcement in a couple weeks about what he will be doing next. 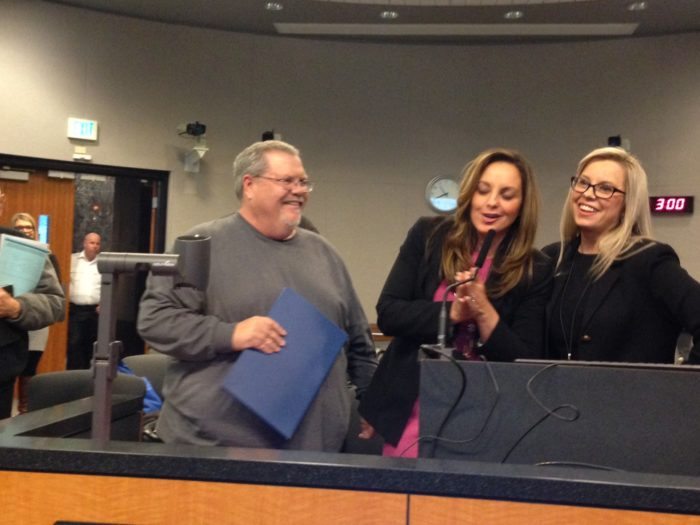 PODCAST: What’s next for The City?

PODCAST: Does Reno Have Too Many Billboards?

ITS Logistics wins RGJ Large Company of the Year Award