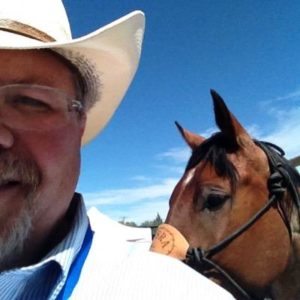 Guy Clifton, long time Nevada journalist with the Reno Gazette-Journal (RGJ), announced today on Twitter that he is no longer with the Gannett-owned company.

Clifton said he had been at the RGJ for 22 years. His position elimination comes on the heels of other senior RGJ reporters taking buyouts and retirements, including Ray Hagar, Bill O’Driscoll, Jeff Delong and photographer Marilyn Newton, who had been with the company for more than 50 years.

After 22 years at the RGJ, my position has been eliminated and I’m no longer with the company. E-mail is [email protected] #cheers

Clifton grew up in the central Nevada mining community of Gabbs and attended the University of Nevada, Reno to study journalism. He is a former editor of the Gardnerville Record-Courier and Tahoe World.

In addition to his newspaper writing, he has written six books: a history of the Reno Rodeo; two volumes of “You Know You’re A Nevadan If…” “Dempsey In Nevada” about former heavyweight boxing champion Jack Dempsey’s days in the Silver State; “Johnson-Jeffries: Dateline Reno,” a look at the 100th anniversary of the famous heavyweight title fight; and “Reno,” a photographic history of Reno for Arcadia Publishing’s “Images of America,” series.

PODCAST: What’s next for The City?

PODCAST: Does Reno Have Too Many Billboards?

ITS Logistics wins RGJ Large Company of the Year Award