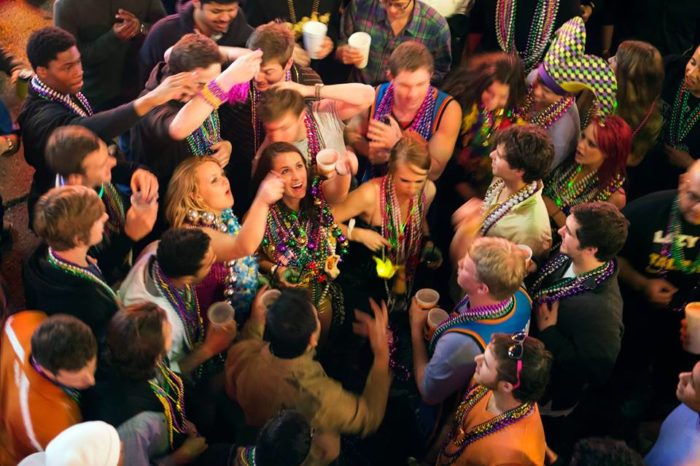 Crawl Reno announced this week a new crawl in its lineup of next year’s pub crawls.

On Saturday, January 30, 2016 in downtown, the company will host the first Mardi Gras-themed bar crawl, featuring:

“We decided to move our popular Pajama Crawl to warmer weather in April this year and to finally include a Mardi Crawl, since people have been requesting one for years,” he said.

Mardi Gras is already a party-focused theme that most everyone is already familiar with and the city is missing a large celebration around it, Adkins added. “Everyone’s got a wacky outfit at home already, and if they don’t the local shops have tons of great options for this one.”

All of next year’s crawls are already scheduled: