Most Bars in Compliance at 2015 Santa Crawl 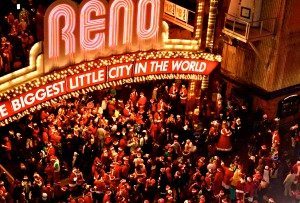 Despite some citations and more than a dozen arrests, most bars were in compliance with alcohol regulations during last night’s Santa Crawl.

According to the city,

RPD statistic include the 2015 arrests, citations and detention figures:

“The Reno Police Department continues to work this event as a cooperative effort between those in attendance, the local businesses, the event promoter, and the citizens of Reno,” said Reno Police Chief Jason Soto.

One allowed entry to a minor and was cited:

The Reno Police Department estimated that about 15,000 attended this year’s event.