Home > News > Government > VETERAN’S DAY: Things To Do and Where to Honor Veterans
FeaturedGovernmentNewsNon-profit

VETERAN’S DAY: Things To Do and Where to Honor Veterans 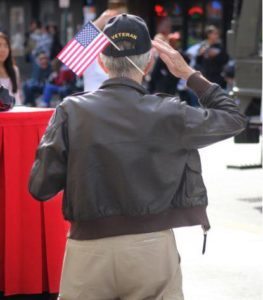 The City of Reno Veterans Day Parade will take place Wednesday, November 11, 2015, rain or shine. This year’s theme is “Honoring those who served and sacrificed to preserve freedom — WWII 70th Anniversary.” The public is invited.

The parade is preceded by an opening ceremony at the Whitney Peak balcony adjacent to the Reno Arch. The ceremony will begin at 11:11 a.m. with a fly-by and conclude with a Veterans Appreciation Month proclamation read by Reno Mayor Hillary Schieve at 11:20 a.m.

The parade will start at about 11:20 a.m., following the conclusion of the opening ceremony, and end between 2 and 3 p.m. The parade route, which is shorter this year due to Virginia Street Bridge construction, will proceed north on Virginia Street from Second Street to Fifth Street.

The Neil Road Recreation Center is hosting a free spaghetti dinner for veterans Tuesday, November 10, from 6 to 8 p.m. The event includes dancing and a live performance by Colin Ross Music.

To honor their contributions to our nation, the RTC salutes veterans and active duty personnel and will provide free transit services to these individuals on Veterans Day, November 11. Veterans simply need to show veterans identification to the driver when boarding. Although the RTC’s administrative offices are closed on Veterans Day, transit services will be on a normal schedule. For information go to: http://www.rtcwashoe.com.

Join the Veterans Guest House on Veterans Day, Wednesday, November 11th, for a day honoring, remembering, and celebrating our veterans. Everyone is invited to join in on the many events that will take place at the Guest House at 880 Locust St. in Reno.

8-9 a.m.: The day’s activities will begin at 8 a.m. with a special service and will end at approximately 9 a.m. with a special release of orange balloons, in honor of our local veterans affected by Agent Orange. Participants from all over the country will release orange balloons simultaneously to raise awareness of the devastating effects of Agent Orange. The public is invited to meet on the lawn of the Veterans Guest House and release balloons which will be provided, in honor of their loved ones. Agent Orange is a powerful herbicide and defoliant used during the Vietnam War.

1-3 p.m.: After the parade, join the Veteran’s Guest House for an open house and enjoy a barbecue provided by the Guest House. You are also invited to tour the two houses. For those who haven’t gotten their flu shot, Immunize Nevada will be providing shots to those who are at least seven years old.

For more information on any of the events mentioned, contact the Veterans Guest House at (775) 324-6958 or visit www.veteransguesthouse.com.