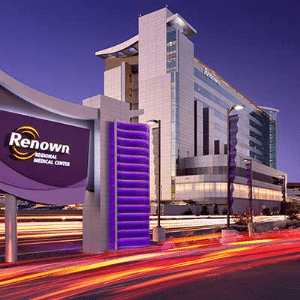 As speculated, the Reno City Council yesterday approved a motion to adopt a middle-ground approach to its health plans.

The council voted against a three-year exclusive contract with Renown, as chosen by a health coalition of which the city is a member, and directed staff to put forward at next week’s meeting a “choice” plan that gives city employees the ability to choose providers.

Councilmember Neoma Jardon expressed concern about the exclusivity of the contract with Renown, which would reduce the ability of some employees to keep their existing doctors and force all employees, retirees and their dependents to switch to Renown.

“I am still not convinced effective January 1 that 3,000 can be adequately served at Renown in an exclusive (contract),” she said. “That concern I had previously still exists for me today. I am more concerned with everybody’s ability to get the health care that they need.”

Another issue was whether savings proposed by the exclusive contract with Renown could be verified.

“Disrupting employees’ medical without having specific, defined savings in front of us that are across the board … I cannot consider that disruption to our employees,” Councilmember Paul McKenzie said.

“A lot of time … we become extremely attached to our doctors,” said Mayor Hillary Shieve. “All three facilities offer incredible services to the community.”

The following are additional highlights sent by the City:

Councilmember Jenny Brekhus read a Proclamation declaring October 2015 as Disability Awareness Month. Parks, Recreation, and Community Services staff reminded Council and the public that there will be a Wheelchair Rugby Tournament, called “Reno Rumble,” this Friday through Sunday at Plumas Gym, located at 475 Monroe Street.

Reno Fire Chief Dave Cochran gave a status update to Council. As part of the update, he recognized Art Reitz, a Reno firefighter who was recently recognized by Firehouse Magazine for his community service. Reitz and his wife, Carol, started the JUSTin Hope Foundation, which helps low-income families with children who have been diagnosed with neurodevelopmental disorders. The foundation is named after their son, Justin, who has autism.

Council unanimously approved a $64,366 grant from the Department of Public Safety to the Reno Police Department to support enforcement of laws related to pedestrian safety. The Police Department will educate and enforce traffic laws, focusing on dangers and distractions such as texting while walking or driving. The grant period is from October 1, 2015 to September 30, 2016.

Council unanimously approved a contract to Building Solutions, Inc., for construction of Phase II of the Virginia Lake Dog Park improvements in an amount not to exceed $79,160. This project will add improvements such as additional shade, seating, water fountains, lighting, and agility equipment to the site, using dollars from the Residential Construction Tax District 5 Fund.

H.3 – Council unanimously approved to adopt a Resolution donating $5,000 of Senior Citizen Advisory Committee funds to the Center for Healthy Aging for the Elder Gap Service program, which provides seniors the ability to maintain their health and continue to live independently.

H.4 – Council unanimously approved to adopt a Resolution donating $2,000 of Senior Citizen Advisory Committee funds to Seniors In Service for the Senior Companion Program, which places socially isolated seniors with other seniors in the community.

J.3 – Crafters on the Riverwalk Event

There was an update and discussion regarding the Crafters on the Riverwalk event, which occurred during summer 2015. Council unanimously approved to direct staff to continue the planning process for a 2016 crafters event with a budget of approximately $2,000 for marketing and enforcement.

There was discussion regarding the method of administration for the City of Reno Alarm Ordinance and associated permit and false alarm billings currently being administered by PMAM Corporation. Council unanimously approved to renew the existing contract with PMAM for two years, including addressing outstanding customer service issues. The motion included direction to staff, however, to pursue a six-month or one-year amendment to the contract.

Council unanimously approved to deny the exclusive three-year contract for hospital services with Renown that was negotiated with the Nevada Business Group on Health (coalition) for City of Reno employee health plans. Included in the motion was direction to staff to bring the item back to Council during the November 4, 2015 meeting. At that time Council will consider a “choice” option that will likely include the option of a non-exclusive contract with Renown and an extension of the current St. Mary’s contract.