Each One. Tell One. Pink Bus Promotes Breast Cancer Awareness 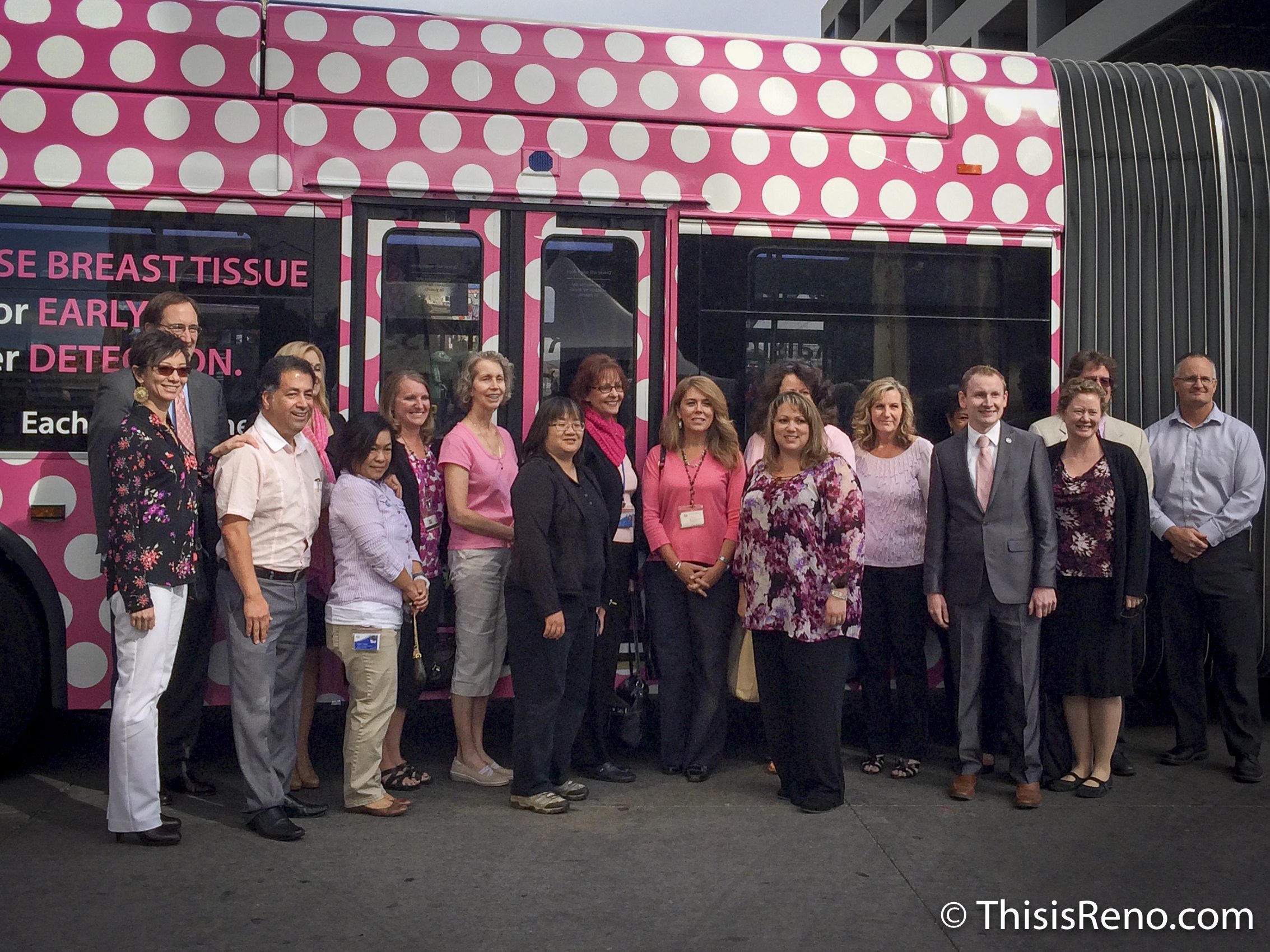 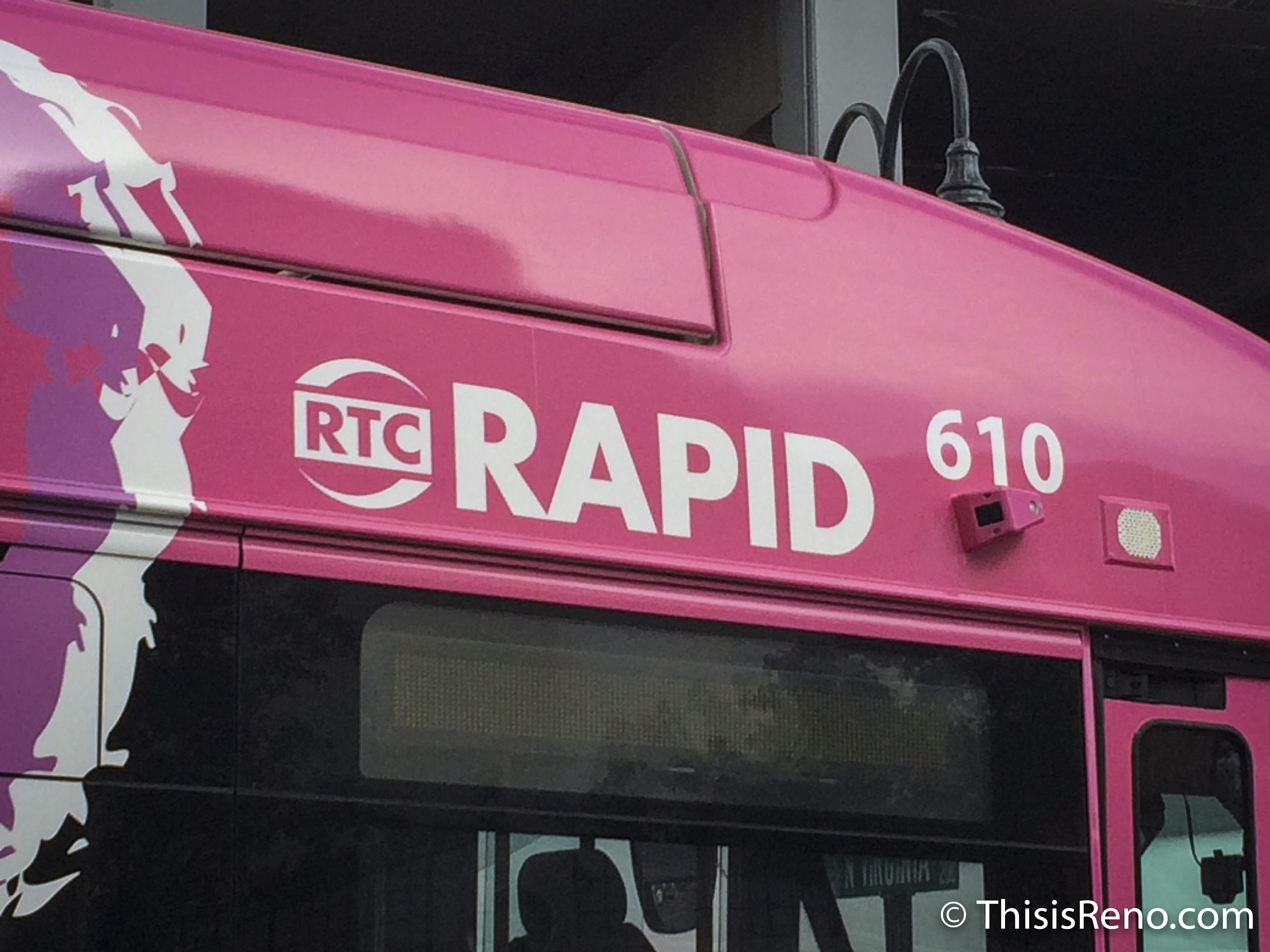 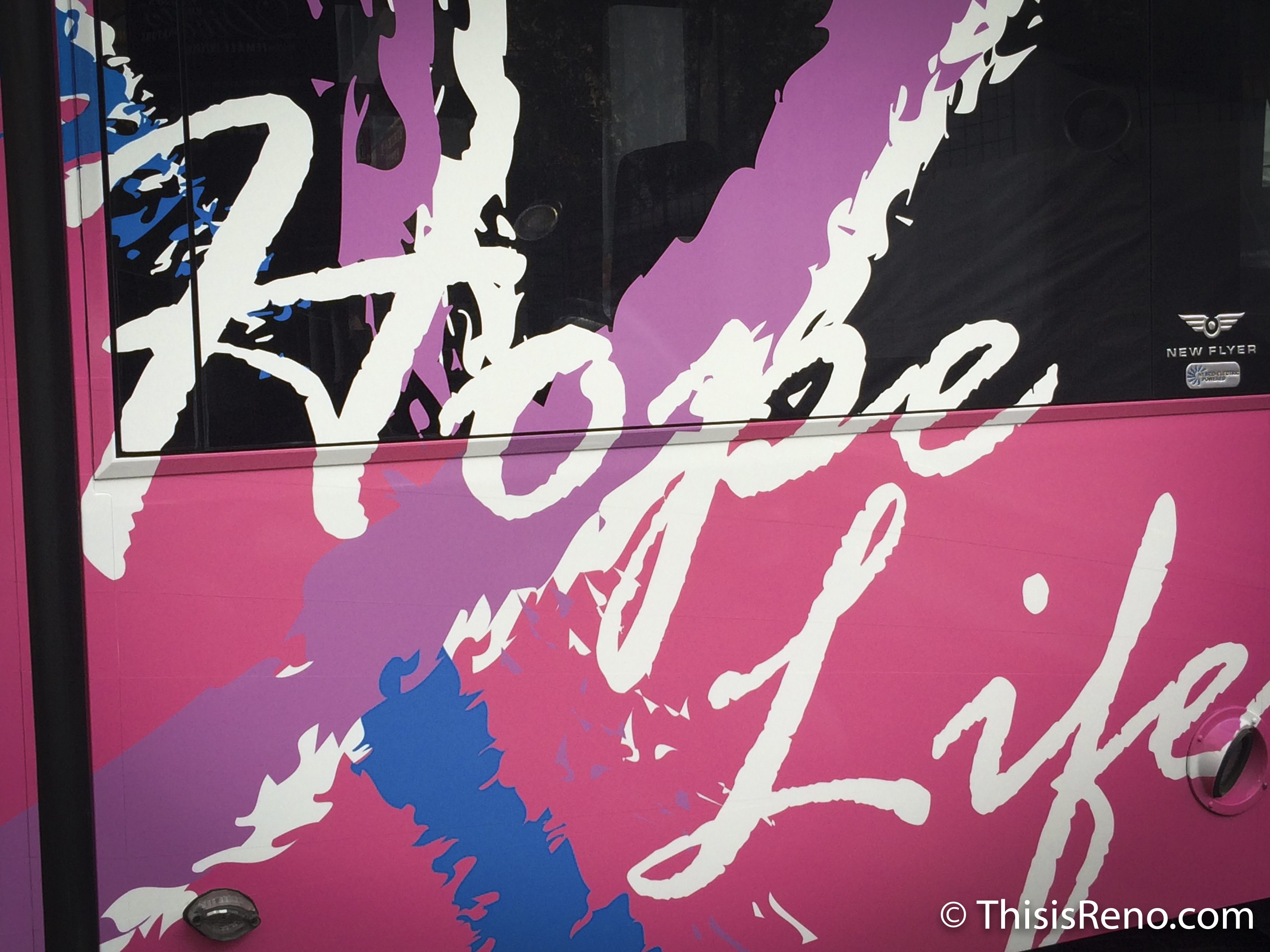 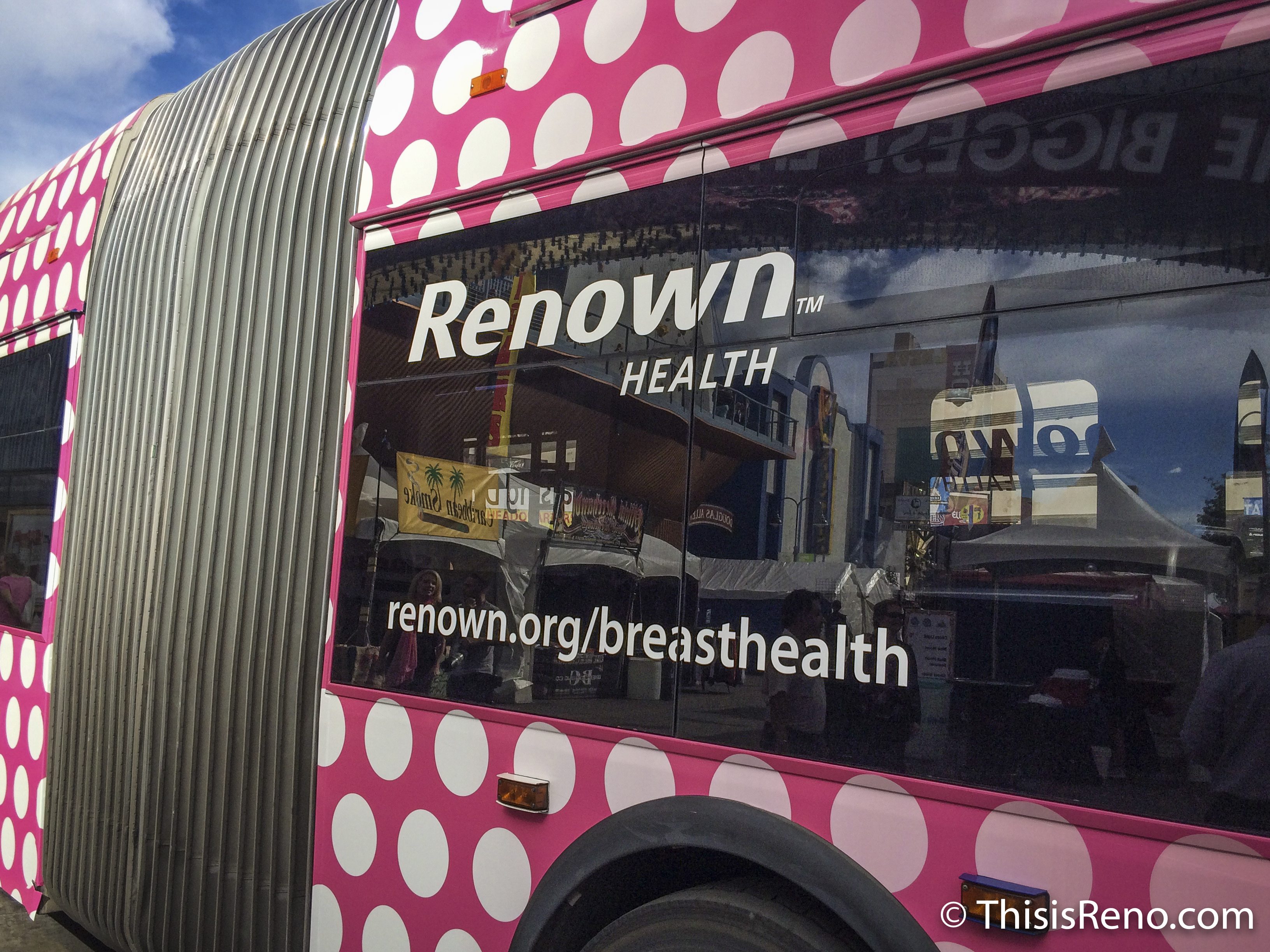 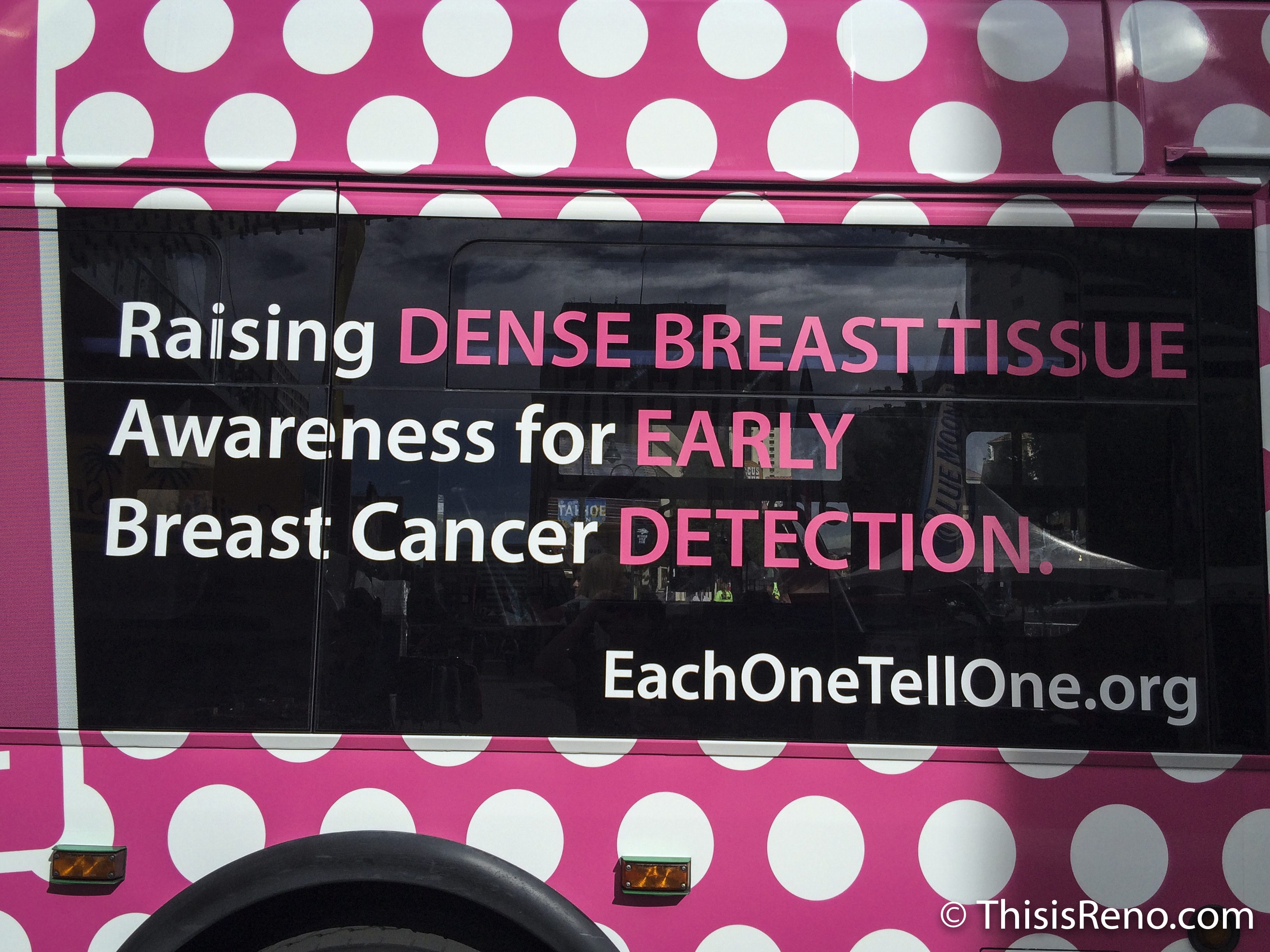 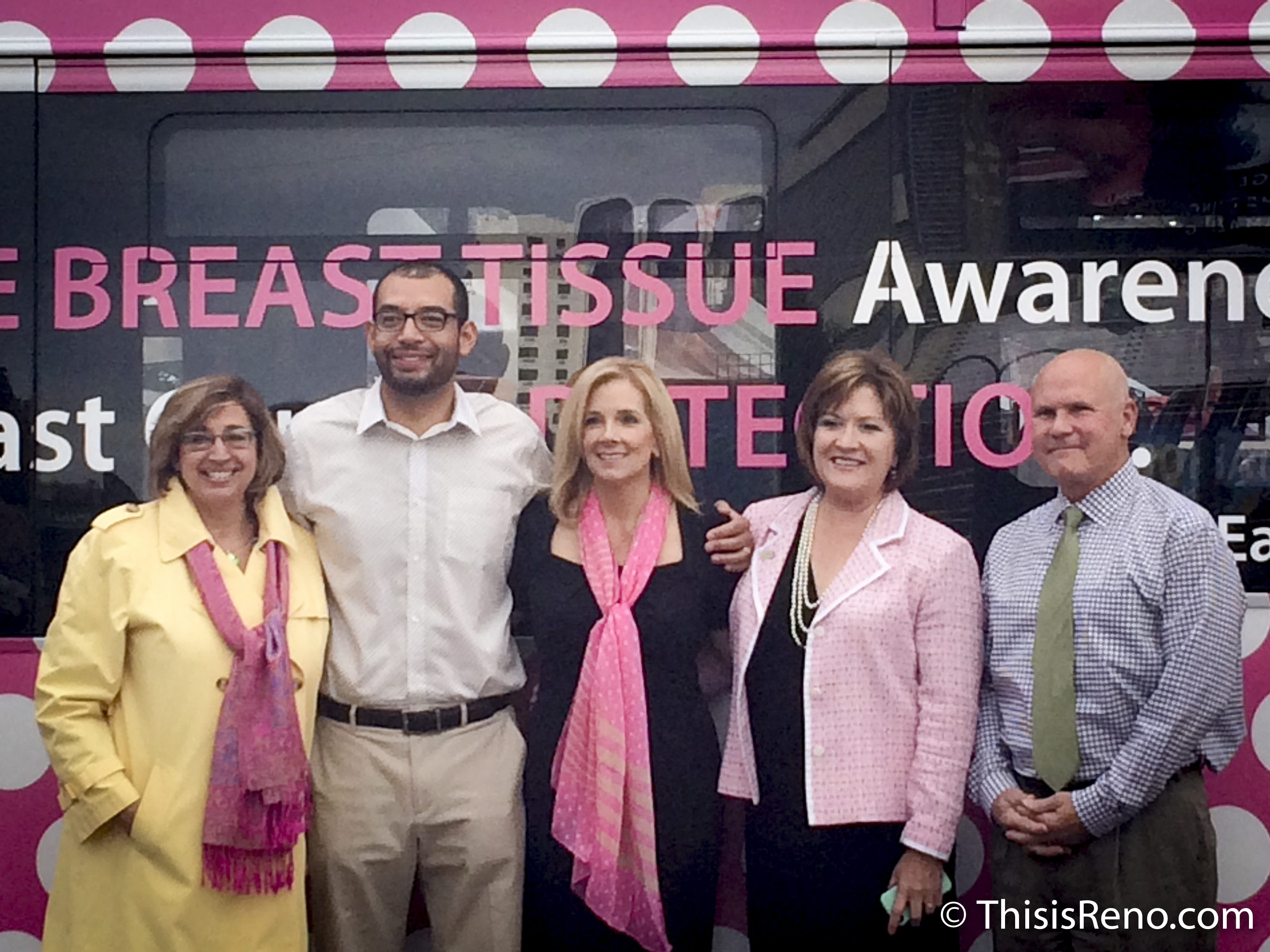 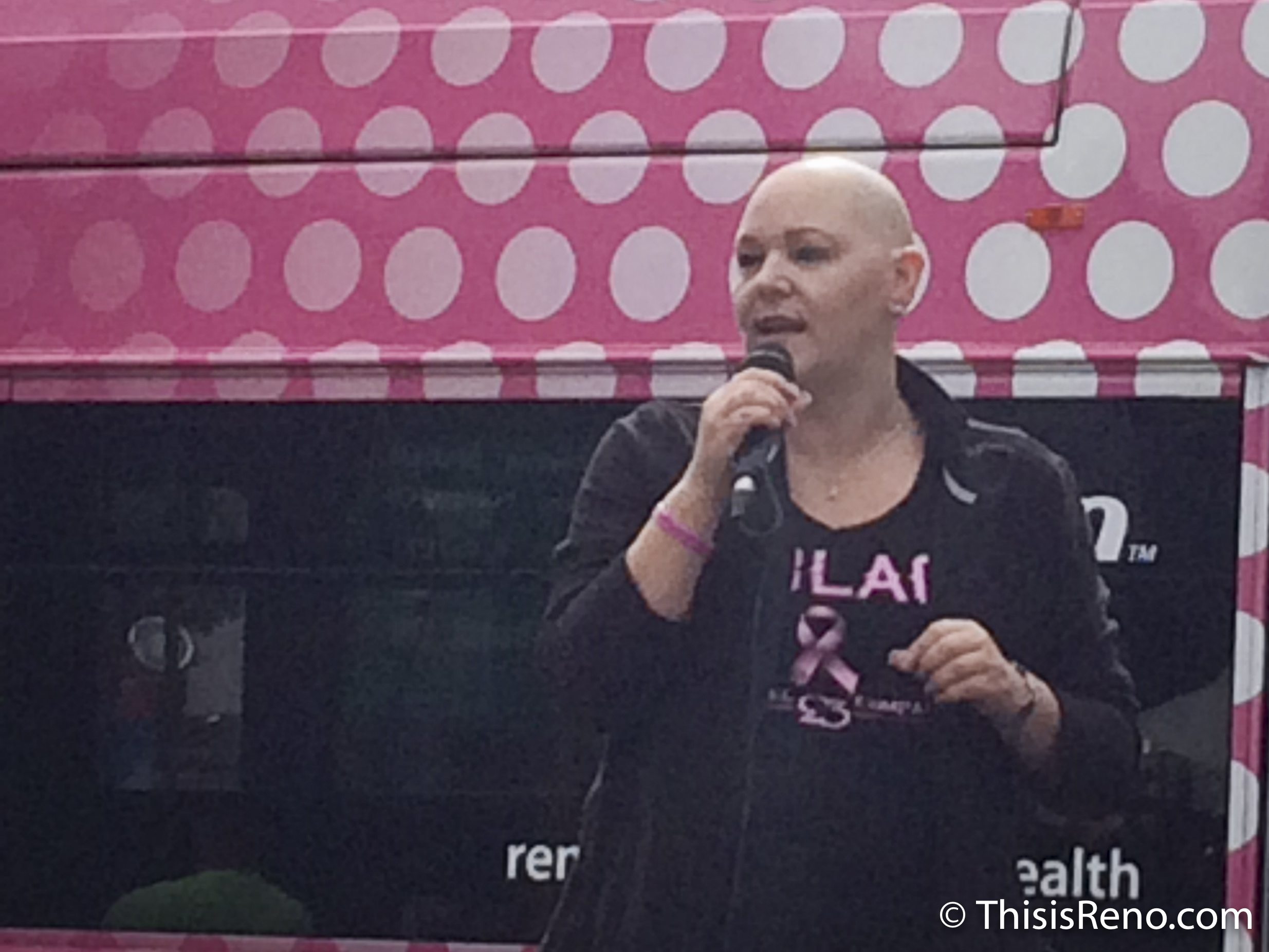 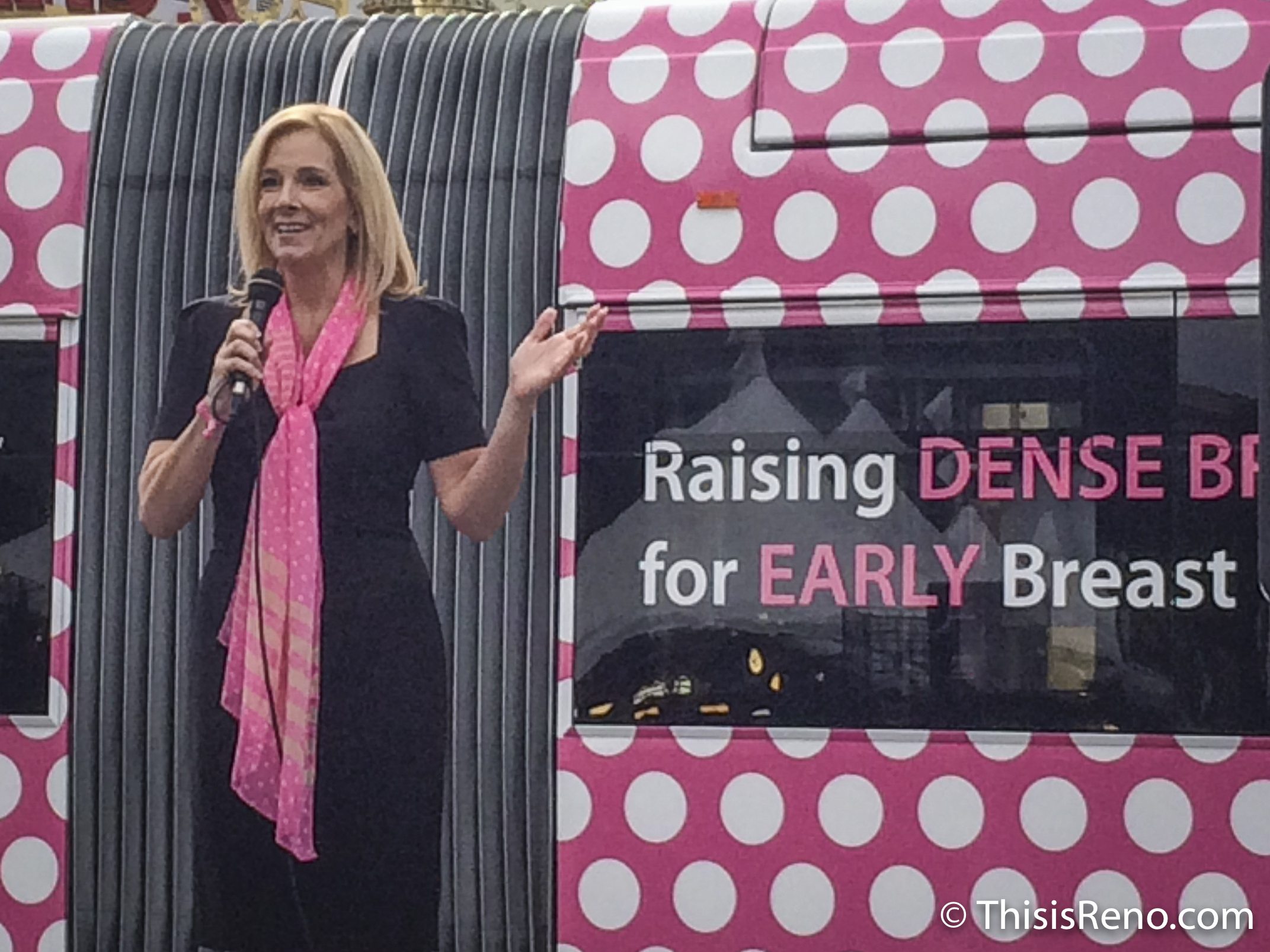 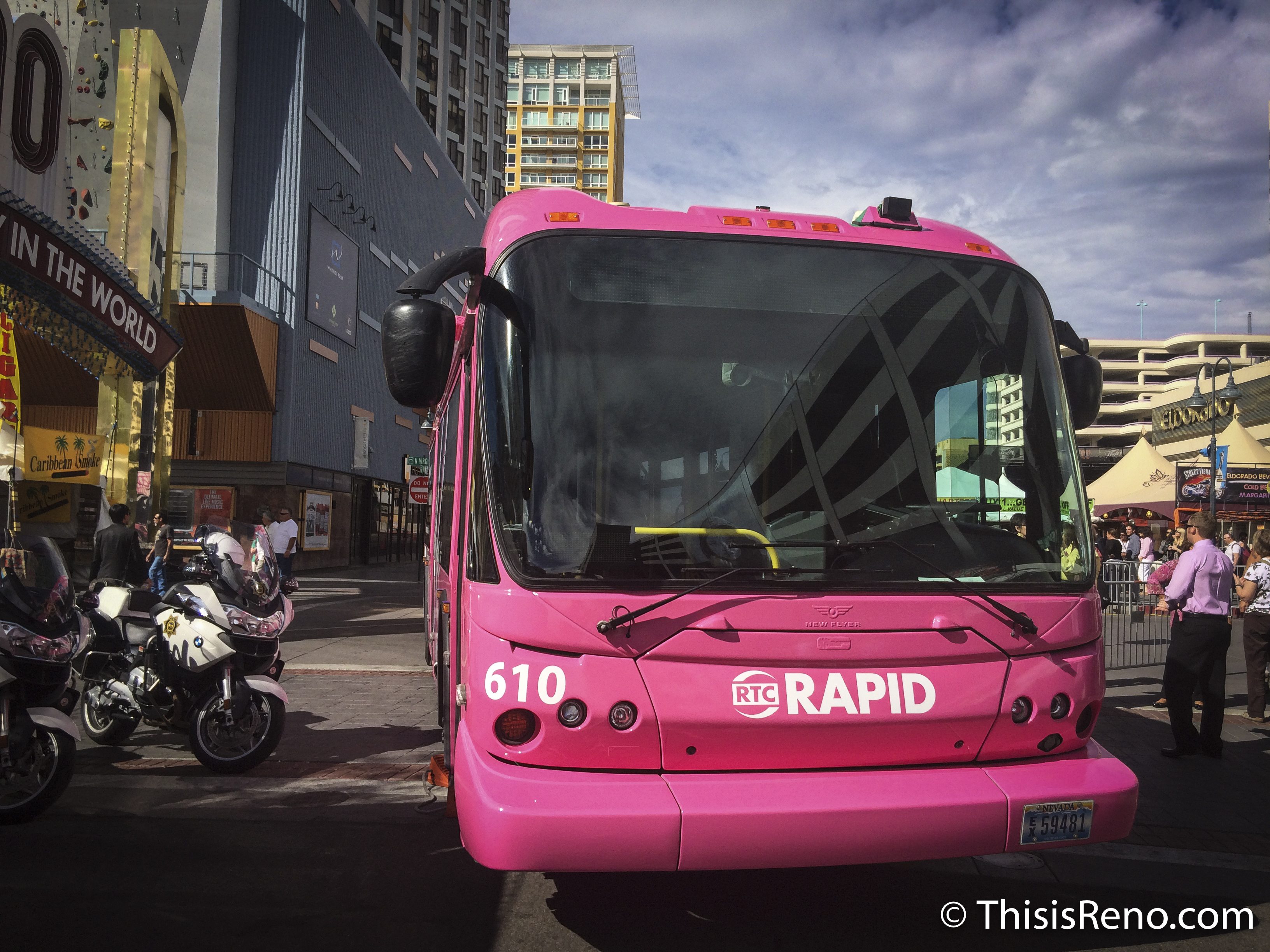 The RTC debuted its Each One. Tell One. pink bus this week in partnership with Renown Regional Medical Center and Grafics Unlimited.

Unveiled under the Reno arch with speakers representing the RTC, Each One. Tell One., Renown, and city government introducing the bus just in time for Breast Cancer Awareness Month in October.

Each One. Tell One. is a local nonprofit that promotes early detection for breast cancer, specifically in regards to dense breast tissue, which can cause false negatives in mammograms.

Forty-five percent of all women in the U.S. have dense breast tissue. With one in eight women being diagnosed with breast cancer in their lifetime it is vitally important that early detection be a prerogative and be done accurately.

Councilwoman and RTC chair Neoma Jardon spoke beautifully about her own early detection and treatment and the importance of raising awareness for dense breast tissue.

A representative took the podium on behalf of Governor Sandoval to proclaim September 24th, 2015, as Dense Breast Tissue Awareness Day in Nevada. Good for you Guv’.

The 60-footer pink bus will operate for one year along the RTC RAPID line runs along Virginia (the most used line in the transit system) and according to the RTC services 7,000 commuters daily.

Please go to eachonetellone.com and support them with a donation (minimum $3.00) or check out their Dangerous Boobs Tour coming to a city near you.

This reporter’s mother is a triple survivor of cancer, including breast cancer twice, and uterine cancer once, she has had a double mastectomy and in this reporter’s opinion is The Terminator for kicking so much cancerous ass. She just cannot be killed. She will outlive me by a century. Love you, mom.