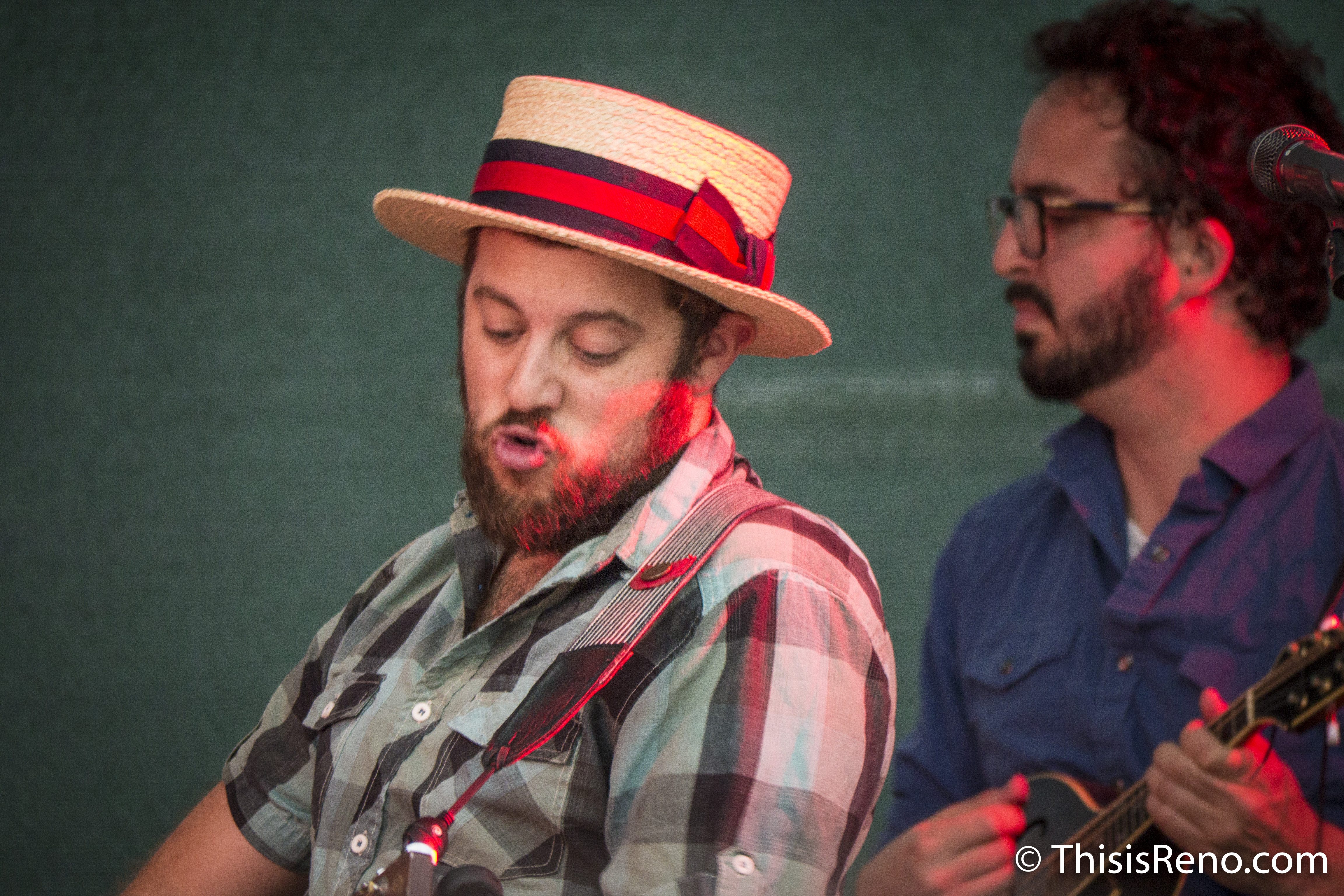 The farmers’ market outside of Sands was a hodgepodge gypsy setup of this and that and the other thing.

That’s not what this article is about. I didn’t buy fruit. I don’t care about the muscle cars crowded nearby for Hot August Nights. (Though I may for a later article). Nope, I just came to eat some barbecue on my editor’s dime, maybe have some friendly competition to see which of us was the better band photographer (a competition that would have been improved by the addition of company-sponsored alcohol, you hear me, Bob?!) and listen to some band I’d never heard of that my editor swore was Santa Claus, ice cream, and Game of Thrones reruns all in one.

Enter stage: The Dustbowl Revival. I’m contractually not allowed to curse in these articles, but there is a stream of litany I would write if I could. In a good way. Sometimes there is no healthy expression of love. Sometimes love is creepy notes with cutout letters and cutting yourself to a The Cure when they are unrequited.

That’s how I feel about this band. Showcasing elements of soul, New Orleans funk, swing, surf, Americana, and folk, it was hard not to get up and dance a jig to this. Though there were plenty that did. I’m not convinced the impromptu and stunningly adept swing dancers were not plants in the audience.

Right from the outset this was a revivalist (see what I did there?) vaudeville act. Ulf Bjorlin introduced the band with a voice that belonged to a radio disc jockey from another era. Lead vocalist Z. Lupetin spat lines feverishly from below his ever-present boater hat. Liz Bebe entranced with her harmonies and hypnotic swaying onstage.

Frankly I could say something special about everyone, but it’s an 8-piece band. You get the point, right?

They rocked my socks. Go see them, and wear sandals. The Dustbowl Revival next plays in Grass Valley at The Center For the Arts.

Emmett Esnard
When Emmett isn't interviewing people in his too-loud, New Yorker style of brain-picking, he is pushing veggies on addictive personalities at a farmer's market, doing odd forms of calisthenics, researching how to live to be 300, or chipping away glacially at his first novel. He also enjoys hot sauce, comic books, and living outside the box as a militantly liberal social progressive (insert other synonym here) that still thinks guns are cool and plans lackadaisically for the apocalypse by learning survival skills (read: home economics). He also dabbles in martial arts and nude portrait drawing. Volunteer models are welcome. He thinks third person mini bios are fun. He wrote this.