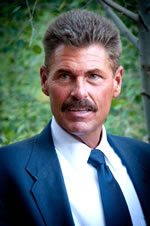 CARSON CITY – Governor Brian Sandoval announced this week that Richard Whitley has been appointed Director of the Department of Health and Human Service. Whitley has served as Interim Director of the department since February of this year and will now be officially taking the position.

“Richard has proven to be a steady and capable leader and I am pleased to make this appointment official.  Director Whitley brings extensive experience and knowledge to the department and will continue to maintain the momentum behind the state’s efforts to promote a healthy citizenry,” said Governor Sandoval. “This announcement will ensure continuity in a system that impacts many Nevada families. I would like to thank Richard for accepting this role and look forward to continue working with him as a valuable member of my Cabinet.”

After graduating from Willamette University and receiving a Master’s degree in counseling psychology from Western Oregon University, Whitley began his state service career in 1986 as the senior psychologist for the Nevada Women’s Correctional Facility. He then served as the Administrator of the Division of Public and Behavioral Health and Division of Mental Health and Development Services.

“I would like to thank Governor Sandoval for the opportunity to continue my service to the State and for the confidence he has placed in me to manage this critical department,” said Director Richard Whitley. “I have dedicated my professional life to public health and working with the most vulnerable in our communities and I am humbled to be able to continue this passion in this expanded role.”

As Director of Nevada’s Department of Health and Human Services, Whitley will manage a staff of over 5,500 employees and control a budget of combined state and federal funds totaling over $4.5 billion.

What’s in your wallet?

COVID-19 infections spike in Nevada, mostly in the south