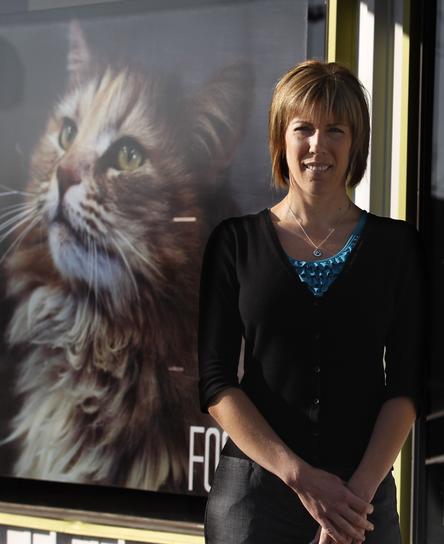 Pending confirmation from the Washoe County Commissioners December 9, 2014, Schull will step into her role beginning January 12, 2015.

Schull earned her bachelor’s degree in animal science from California Polytechnic State University and, following her graduation, began a career in animal care and control.

She brings more than a decade of experience including managing animal control for the City of Shafter, California, and most recently as the director of Kern County Animal Services, also in California.

In addition to her experience working with Kern County’s animal control operations, Schull was responsible for overseeing the move to a new shelter last year.

The process for standing up the new Washoe County Regional Animal Services Department began this past spring when County Commissioners voted unanimously to transition it to a stand-alone department.

The Washoe County Sheriff’s Office had managed Animal Services since January 12, 2012 and requested a transition of the operations under the organizational structure and control of the County.

A national search was conducted for this key position. Eighteen applicants from around the country were screened by the recruiter and nine recommended to the County for review.

The field was narrowed to five and included two candidates from California, two from Colorado, and one from Florida.

Earlier this month, interview panels comprised of Washoe County staff, representatives from the cities of Reno and Sparks, the Nevada Humane Society and the Animal Control Board interviewed the candidates and recommended three for final interviews with the County’s manager and assistant manager.

In addition, a public reception to meet the candidates was hosted by Washoe County Regional Animal Services with nearly 50 Washoe County citizens, elected officials and staff attending the event.