By ThisIsReno Published: November 19, 2014Last Updated on May 22, 2017
A pot still and incomplete column still sit on the other side of the first floor wall facing the future bar. Photo by Mike Higdon. 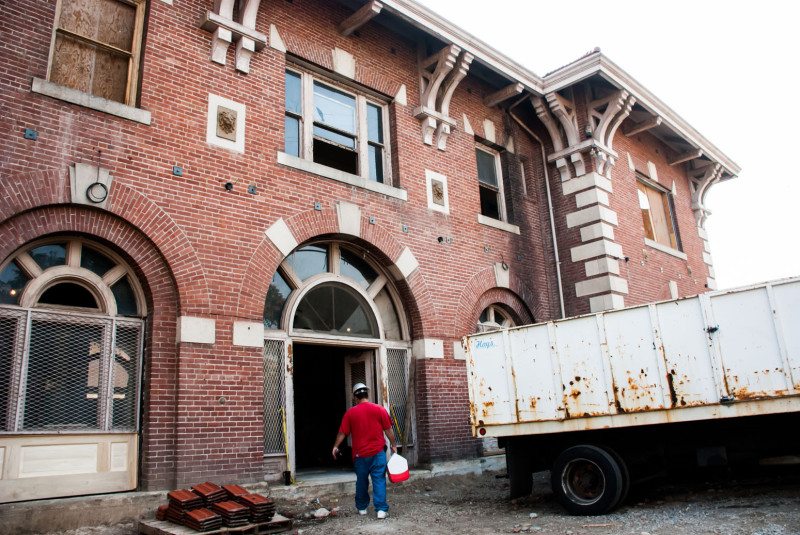 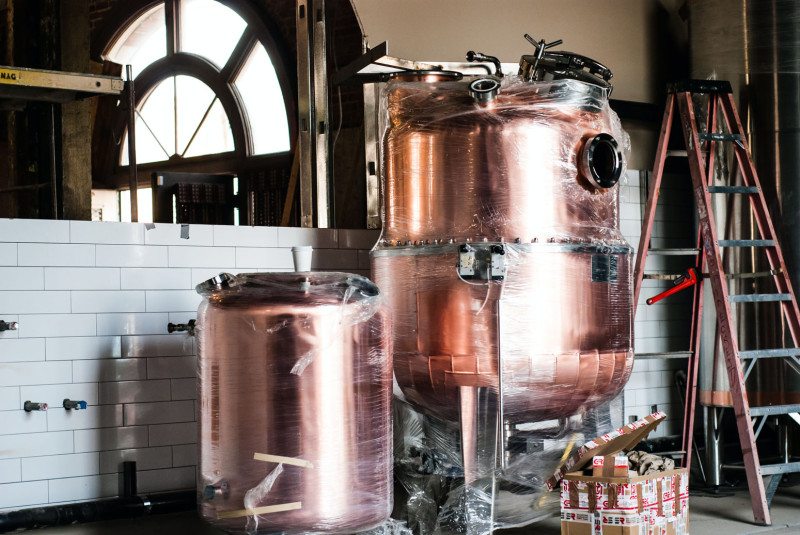 A pot still and incomplete column still sit on the other side of the first floor wall facing the future bar. Photo by Mike Higdon. 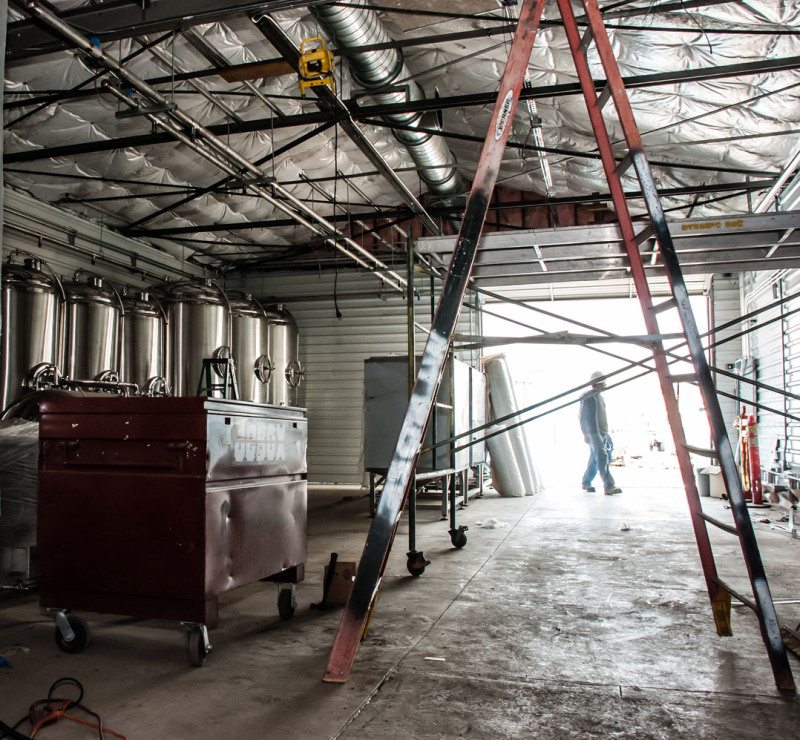 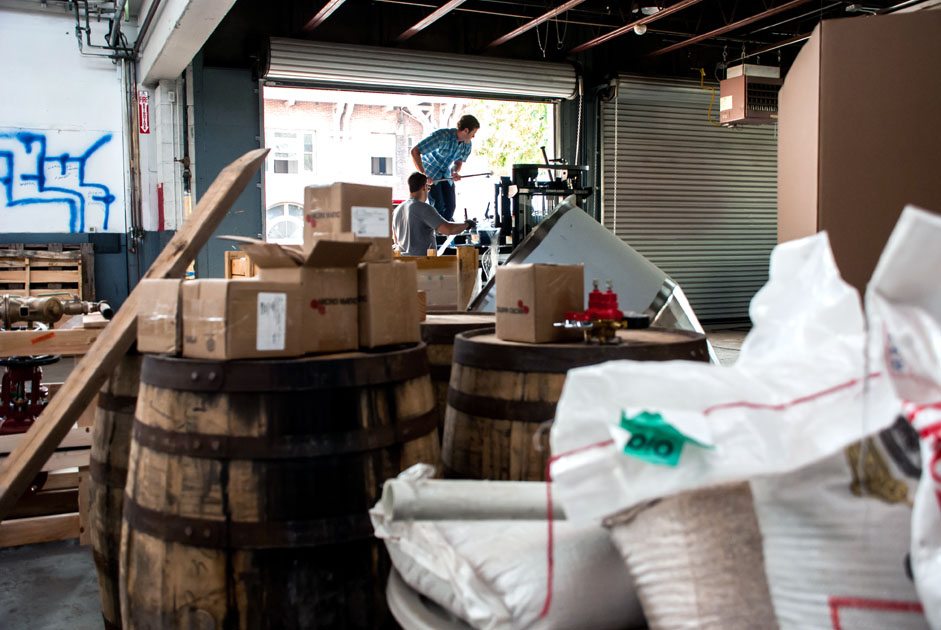 In the foreground, barrels for liquor aging and grain sit waiting to be taken over to the main building. In the background, Chris Shanks and Brand Wright fill the bed of a truck with plumbing. Photo by Mike Higdon.

Earlier this year, the old train depot on Fourth Street sat vacant, bare-bones beams and wood inside, crumbled driveway and graffiti outside. But now, construction workers hustle through the interior, fixing, building, replacing, prepping for The Depot Craft Brewery Distillery. Where marred wood and smashed concrete outlined potential in the 104-year-old building, now drywall, tile and stainless steel give form to an upcoming staple on Reno’s historic street.

A fury of construction workers, sometimes up to 35 at a time, distiller-brewer-co-owner Brandon Wright and co-owner Chris Shanks work to ready the building for its grand opening in December while co-owner Justin Stafford focuses on the website, social media and hiring. On Nov. 21 and 22, they will host a job fair for open positions to fill the bar and restaurant so keep a look out on their Facebook page and website (not yet launched) for applications and a schedule.

Once finished, the historic building will feature a first-floor bar, distillery and brewery and a second-floor restaurant. Outside, a gigantic 44-foot long, 18-foot wide cooler will store liquor next to a fermentation room and 20-foot long glycol chilling system. Pipes from the distillery in the main building connect all the pieces together in a complex network of plumbing.

In a few weeks, Brandon, formerly a brewer at Fifty-Fifty Brewing Co. in Truckee, will start making the first four beers in preparation for the grand opening. After that, he will start distilling white whiskey on the same equipment to make Silver Corn Whiskey and barrel-aged Biggest Little Bourbon, aged corn whiskey and single-malt whiskey.

Customers can watch the process through a large window between the bar and still room. For added effect, the inside of the column is illuminated by LED lights. No, they don’t pulse to the music. In December, The Depot Craft Brewery Distillery will become the fifth distillery in the state (fourth in Northern Nevada) and tenth brewery (eleventh if High Sierra Brewing Co. beats them) in Reno-Sparks.

The original story posted on DrinkableReno.com.

Spirits will be available in 500 ML apothecary bottles. The craft distillery bill allows for two, 750 ML bottles per month, per person, so The Depot will sell three, 500 ML bottles instead..