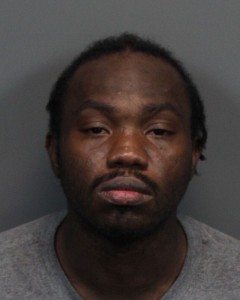 Investigation revealed one Quinzale Mason had fired numerous gunshots directed towards another male. Mason and his intended target had been involved in an earlier dispute.

There were several other citizens in the area when the shooting occurred. A 4-year-old female child and the child’s mother were struck. The two sustained non-life threatening injuries. Mason’s intended victim was not struck.

Today, acting on investigative leads, Reno Police conducted surveillance, leading them to the shooting suspect. He was taken into custody without incident and will be booked into the Washoe County Jail for the listed charges.